Feeling claustrophobic on the prairie

I wouldn’t have expected that. In a way it seems kind of impossible too. Agoraphobia would be more appropriate if you come to think of it. But no. Claustrophobia is the correct term here. A while ago I heard about caves in Manitoba. My first thought was that these would be way up north, where no normal person can go on a Sunday afternoon. 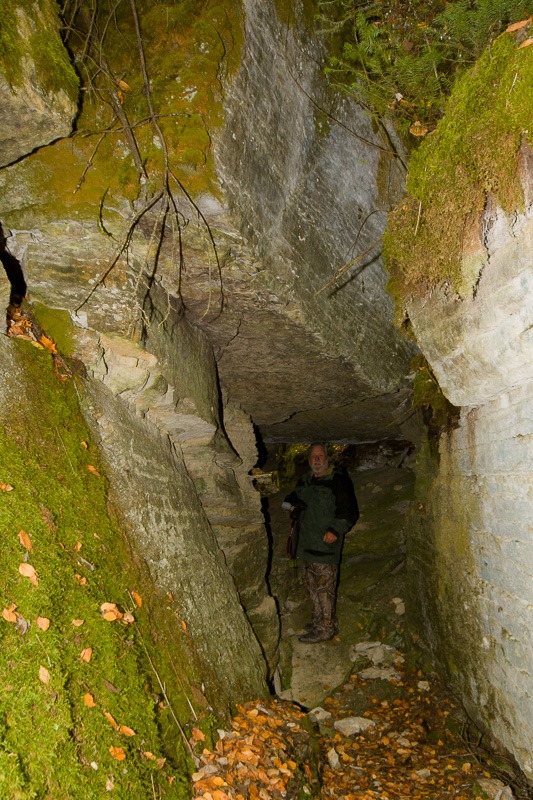 Then I saw some pictures from people that had been there, those “caves” were not caves at all. They were crevasses in limestone, much like crevasses in a glacier. Only warmer and less slippery.

While some places in there have overhanging rocks, they are not caves in the proper sense of the term. So on a Saturday morning, my friend and I set off to find those crevasses. It seemed that we had been close to the place on numerous occasions and had never seen them. Now there was an insulting thought. 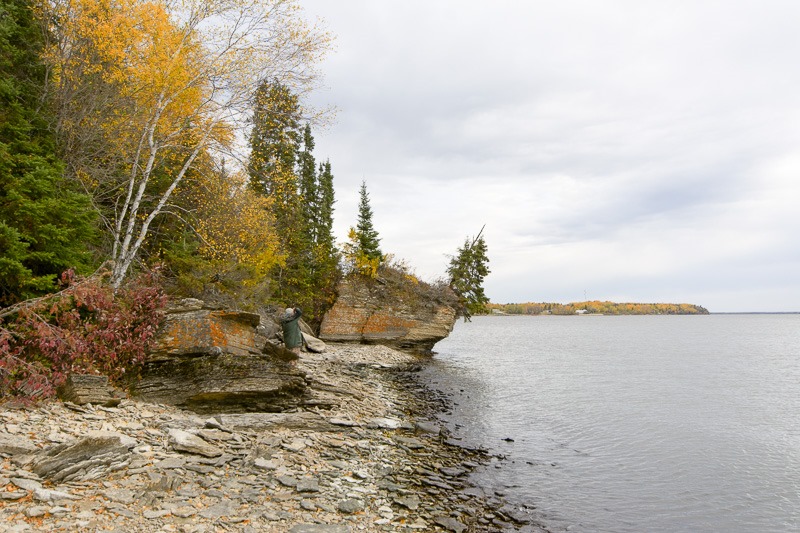 No entry from here

Near the village of Pinedock, a few hours driving from Winnipeg, the crevasses were supposed to be close to the road and easily accessed. Our first idea was to access them from the lake side, but after a 2 hour trek over rolling and slippery stones, we were no closer to find the cracks in that limestone. The trek was beautiful nonetheless and we took many pictures. I doubt if we left any footsteps behind though. Those rocks didn’t really give away under our feet. 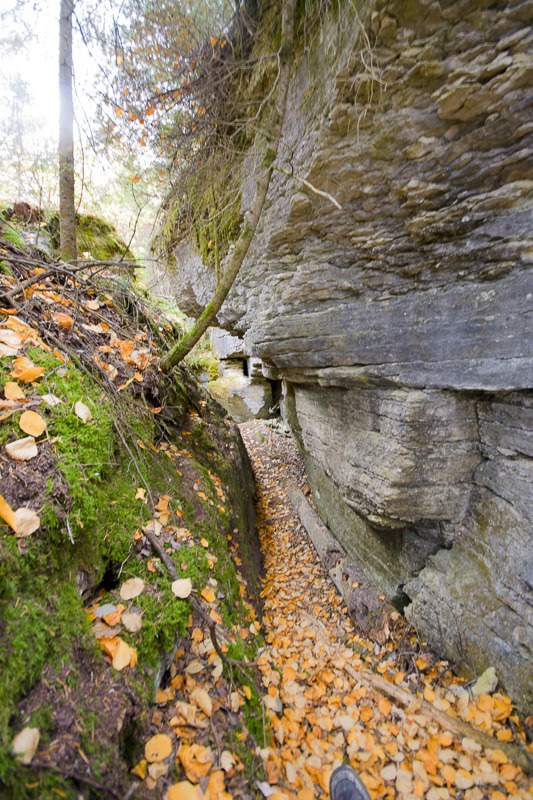 A first look inside

After trying a different access route, we finally came across a five feet wide crack in the ground. Laid over it was a single steel beam. When that is wet, I’m not sure I want to put my feet on that. I’d prefer to jump those five feet and land safely on the other side. Beneath that steel beam was a crack that was more than forty feet deep.  So we jumped and made it to the other side, cameras and all. 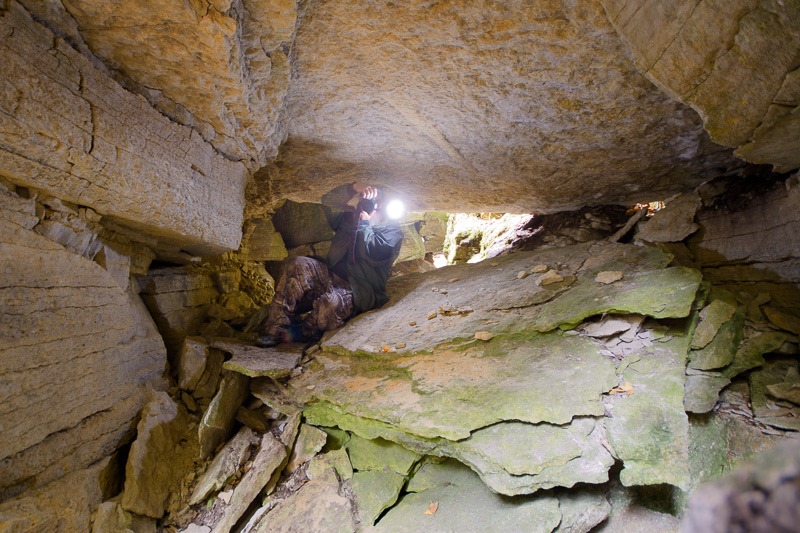 The human element for scale

The path was more or less marked with pink ribbons, so we decided to follow them. I’m not convinced those markers were for the crevasse access, but we found it this way. Once we got into the first set of crevasses, we decided to look around to see if there was anything worth while shooting. As it turns out, I came back with more than a 150 pictures of this place. 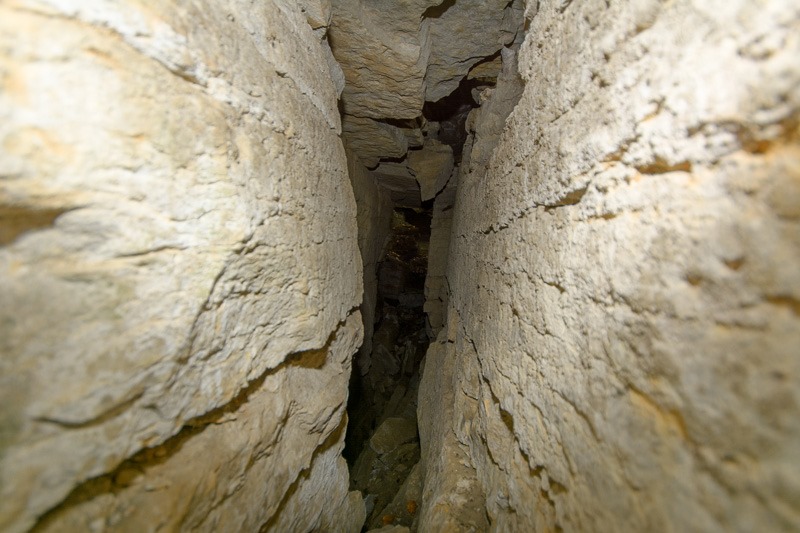 Tiny spots without exits are everywhere. If you wanted to hide a case with gold, that could easily be done in here. Some of the holes seemed to go way further than I was prepared to go. 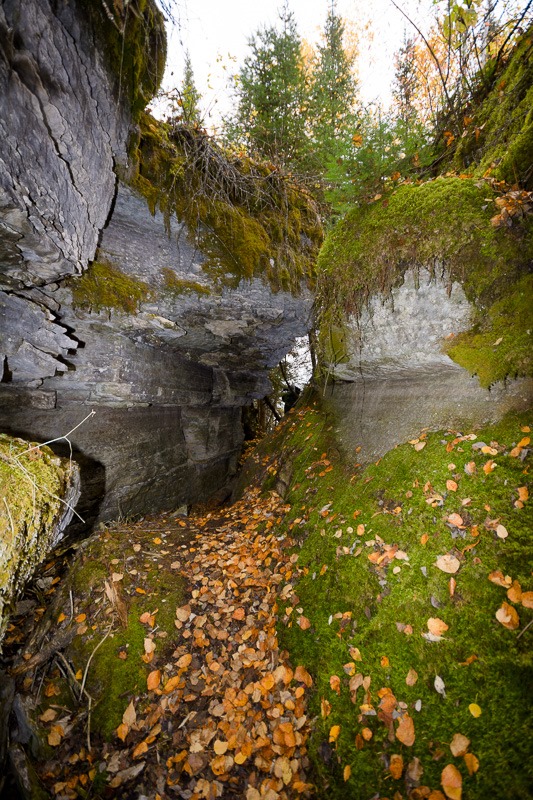 A possible way out

The second part of the crevasses consisted of the crack we had so valiantly jumped over. After a small jump downward into the main crack, the walls were very impressive. Forty feet up from the ground on either side. 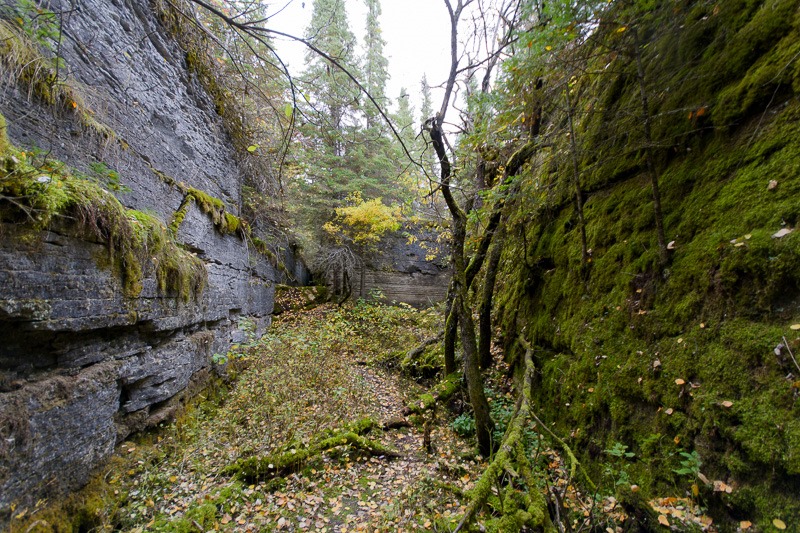 Into the main crevasse

At first wide enough to park a small car, it was clear that this would not remain that way. Nobody seemed to have been here for a very long time. No footsteps, no garbage, no traces of anyone having spent any time in there. Yet it seems to me that you could spend quite some interesting time in there, in the right company… 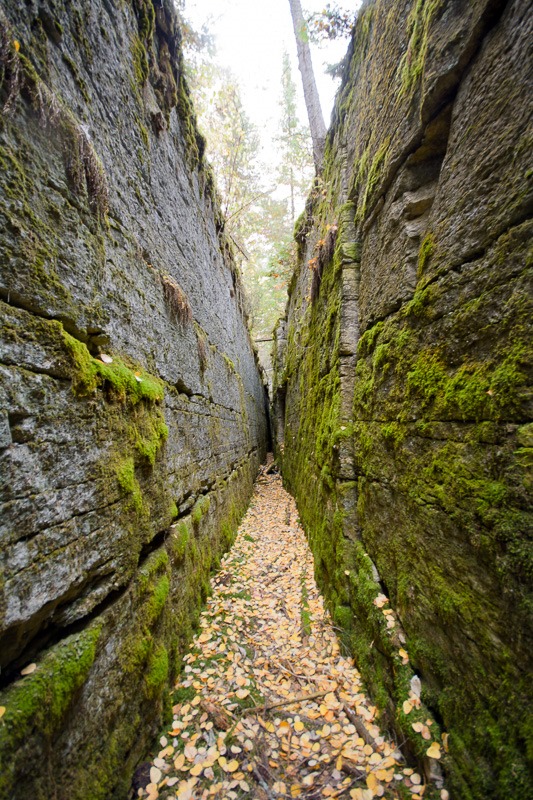 Moving slowly forward, we didn’t know what was hiding underneath the thick cover of fallen leaves, we entered the main attraction. The walls go all the way to the end, with little room to spare. Given the circumference of my body, there was no hope in hell that I would be able to make it to the other end. You can see the steel beam over the top, that’s where we came from. My friend, who is also slightly claustrophobic happily didn’t push me onward, he understands the feeling. We decided to go back instead. 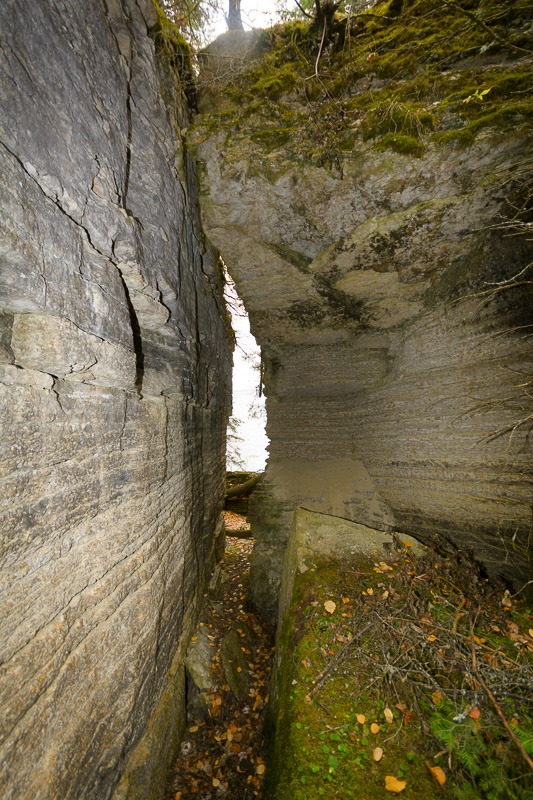 Just to show how close we were to the lake, a small opening on the side allowed us to see the water, a tiny secluded pebble beach, is on the other end. Great for some private sunbathing in summer. The little beach is flanked by two huge rocks, extending way into the water. 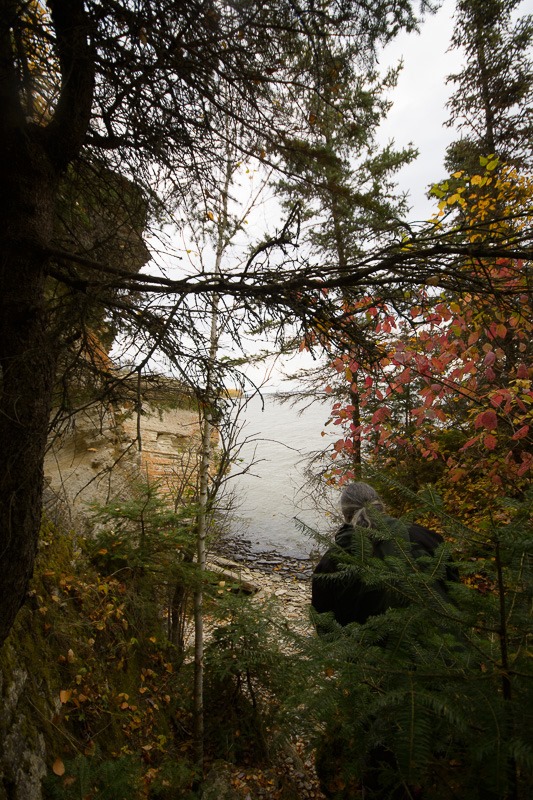 My claustrophobia is not very pronounced, it allows me to go into this kind of place without troubles. However, if I feel that there is no way out for me, I might get into trouble. As someone mentioned on Facebook, another way out would be to put my butt on one wall and push up with my feet against the other. Given my athletic figure, I’m not sure I would make it to the top, though. I’d probably get stuck halfway up.

Despite that fact, I’ll be happy to go back there and shoot the place some more. By now I have a few ideas I’d like to work on…