It’s that time of the year again. Hummingbirds are everywhere. Well, mostly in places where they have something to eat/drink. My yard is a no-go place for them with my cat trying to catch anything that flies. Due to her weight, she fails most of the time, but I wouldn’t want to take a risk with birds. Hummingbirds. Everybody on social media posts about them now. 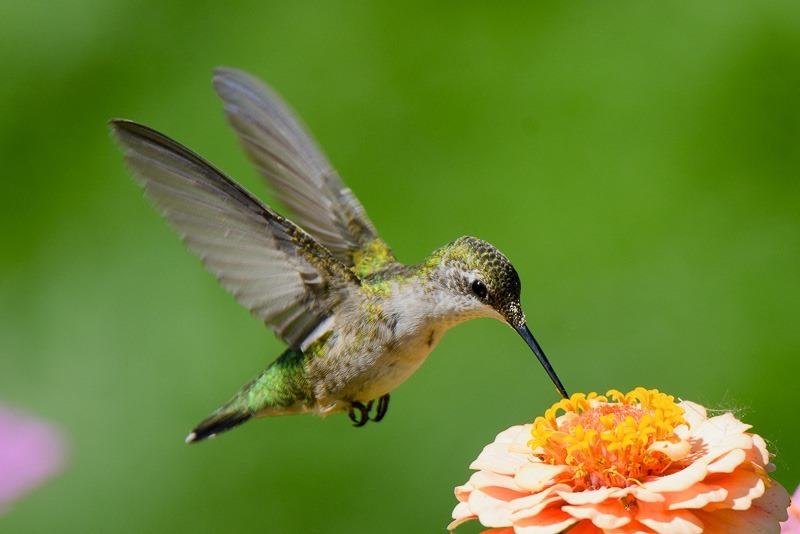 My first hummingbird sighting was in the Caribbean, a long time ago. And even I only got a glimpse of a silhouette of the little thing. It did get me excited to want to see more.

That “more” came in a place where I least expected them. Here in Winnipeg. In the English Gardens, to be exact. At the time I thought I was the only one finding a hummingbird there and I proudly posted it on Facebook and some other places 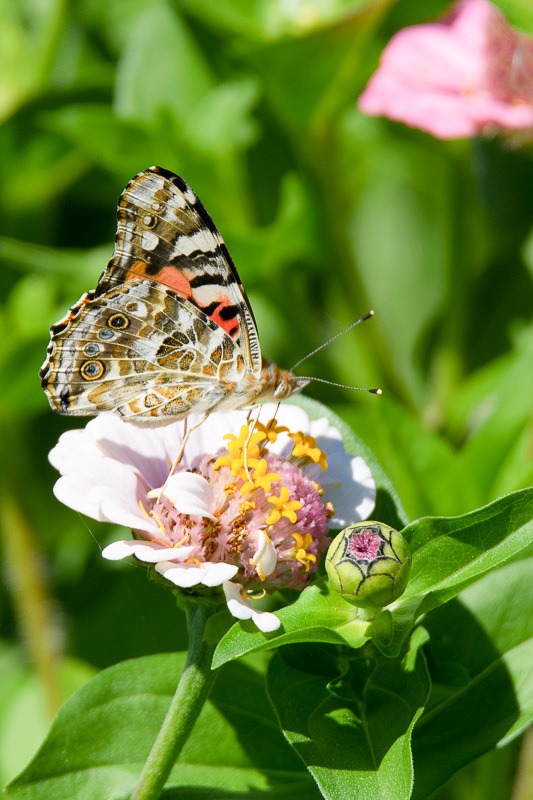 Then came that realisation that everybody and their cat tried to catch and photograph them. The hummingbirds with the purple background of the Beebalm in the local park quickly became a standard. Time to look for something else. 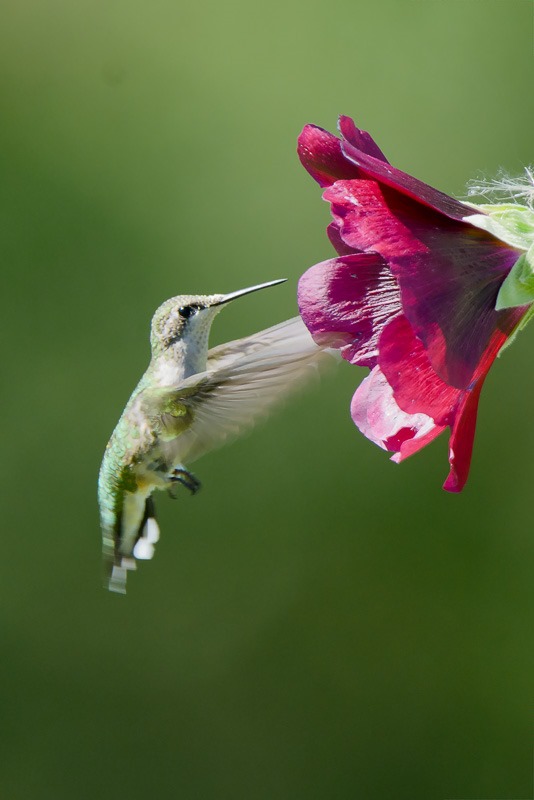 Hollyhocks. Yeah, that’s a nice idea. Those flowers hardly grow anywhere so a picture of a Hummingbird feeding on Hollyhocks should be quite unique. As soon as I posted a hummingbird/hollyhock combination on Facebook, the other photographers came out of the woodwork with their own shots of Hollyhocks. 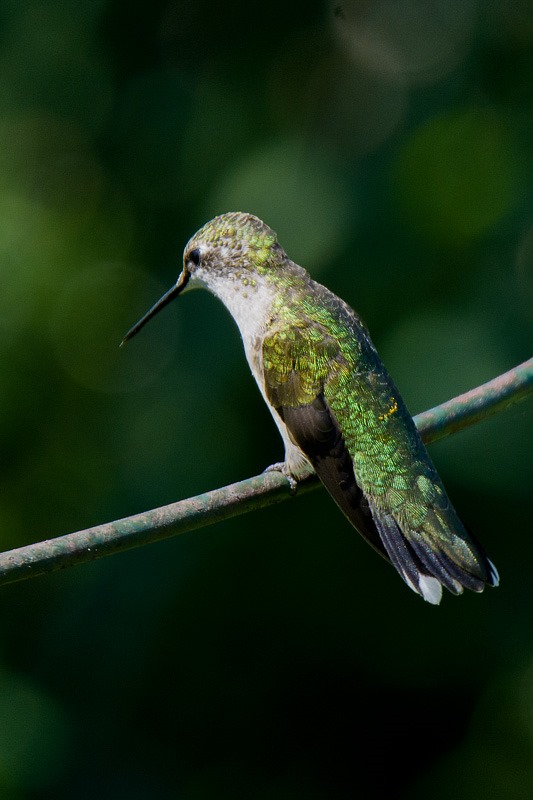 So I tried man-made objects and hummingbirds. The birds are still nice, but the picture itself lacks something. Something natural. A hummingbird resting on a piece of metal wire is not exactly what I’d call exciting. The experiment will not be renewed. 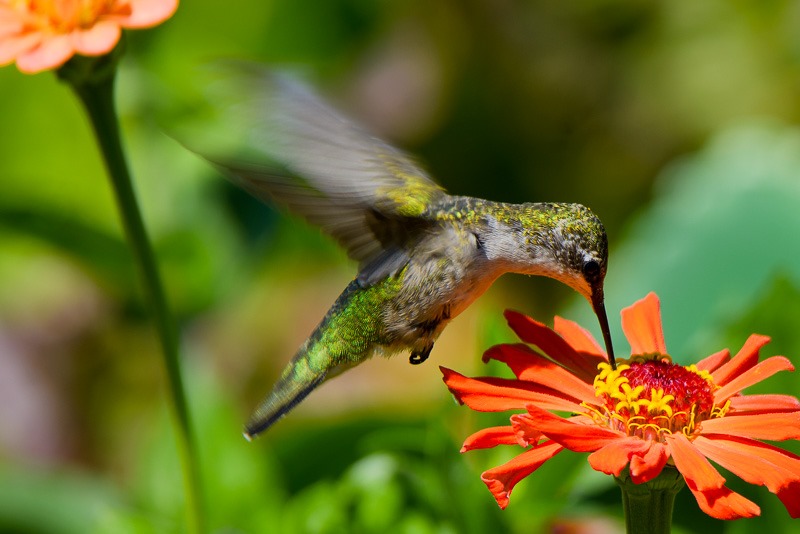 Then I came across a field of Zinnias. For now there are not many photographers out there that have planted Zinnias in the hope of catching hummingbirds. Zinnias also come in a wide variety of colours so that the hummingbird always show off their best side. 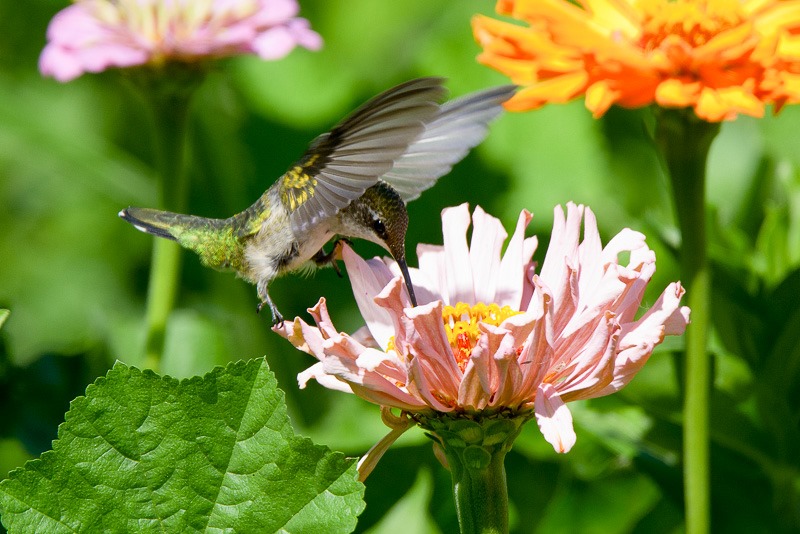 Using a 600mm lens and a tripod to rest the camera on, the hunt is fairly static. At the same time, when you don’t move around a lot, the birds start to forget about you and fly into the flowerbeds way easier. The above hummingbird seems to step on the flower to reach into it. If this was a spur of the moment idea or normal behaviour, I don’t know. Perhaps it’s even an optical illusion, who knows. 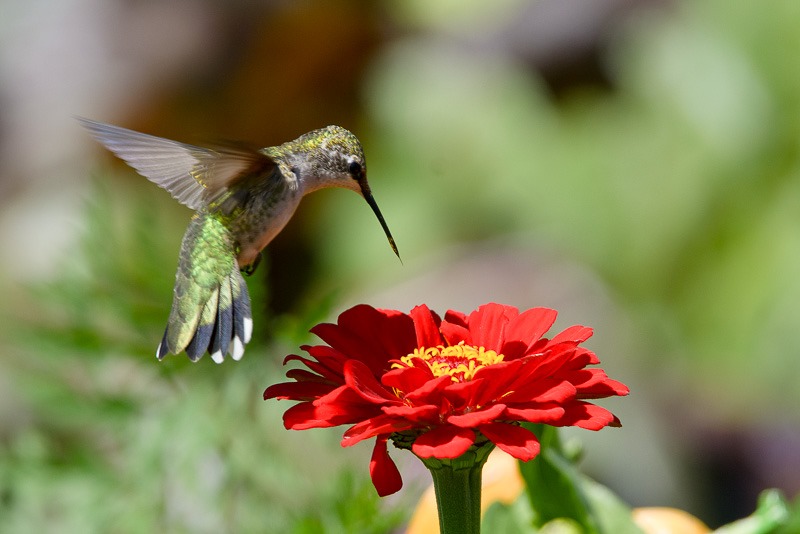 Hummingbirds seem to love those flowers. Sitting close to the flowerbed with that long lens allows for many moments of amusement at the antics of these tiny birds. If anyone thinks that they are super friendly, think again. I have seen them chase each other over a single flower “possession”. Once that flower was consumed, the war was over and rekindled over another flower soon after. The speed at which these little birds go through the sky is amazing. 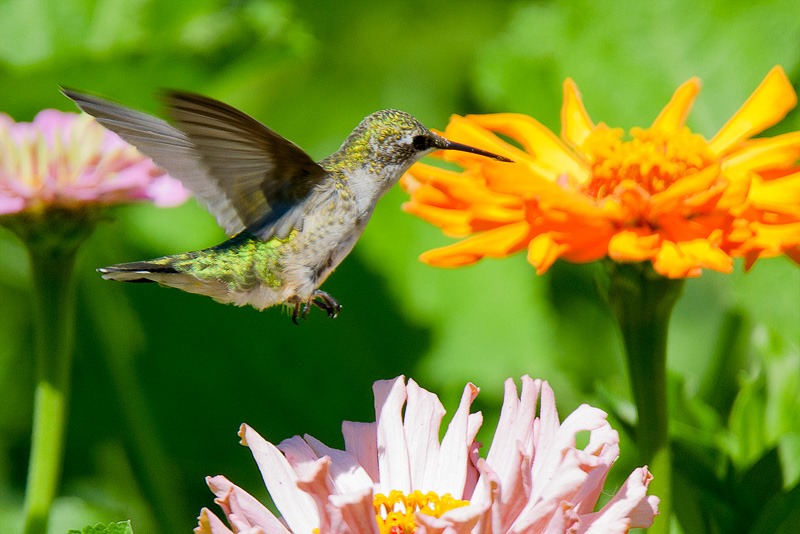 Catching them with your camera needs some special “training” or practice. No need to go and shoot them with your cellphone. No need to try a macro lens, they won’t be close enough. A long lens like a 400 or 600mm is the least you need to catch them. Unless you can crop your picture down to the three or four pixels that the bird will occupy with a shorter lens.

So what does that Painted Lady butterfly have to do in here? Simple. When you are waiting for hummingbirds to come and eat/drink from the flowers, there will be lots of time where there are none. Shooting something else in order to keep the camera focused on the flowers is then essential. I also keeps you awake.

The humminbirds are leaving. I salute them and wish them goodbye until next year. They will return sooner than we think.