From quarry to natural reserve

Winnipeg has always been a busy city. With the geological environment we have here, it is not a surprise that a lot of that environment has been exploited over the years. Manitoba has many places where the earth has given up its riches for man to build and decorate with. Tyndall stone for the Legislature and lots of other buildings, Limestone for the houses and cement for concrete. 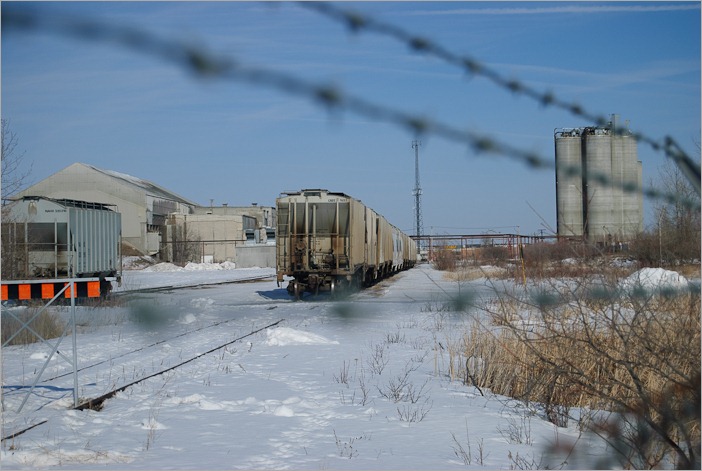 Not a sight for a natural reserve…

Rare are the cases where nature has been able to get back what it lost after man’s passage.

In the south west part of Winnipeg lies Fort Whyte, now know as Fort Whyte Alive. Here they have succeeded in transforming the industrial wasteland back to a haven of peace, quiet and activities for man and animal.

The cement company of Lafarge (I thought for a long time they only existed in France…) is one of the, may I say few, companies that try to “cover up their tracks” after having exploited the soil and environment for years. I say this in the good, even excellent meaning of the word. Obviously they cannot succeed in all places, but here at Fort Whyte they have done a great job. 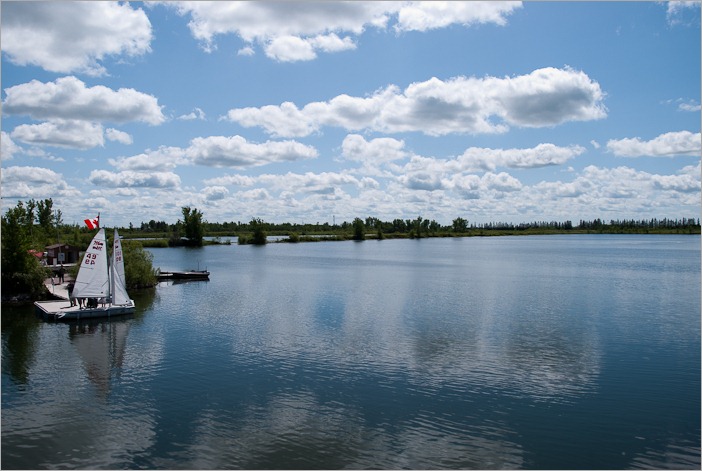 Difficult to imagine that, once, here were only machines excavating the ground to extract the fine powder needed to make cement. The place is now depleted and needed “recycling”.

The first thing that was done was to close the whole terrain and clean it of any substance that was not natural and original of the environment. Ok, there are a few train tracks and other remnants of the past still visible, but they make the place even more interesting. 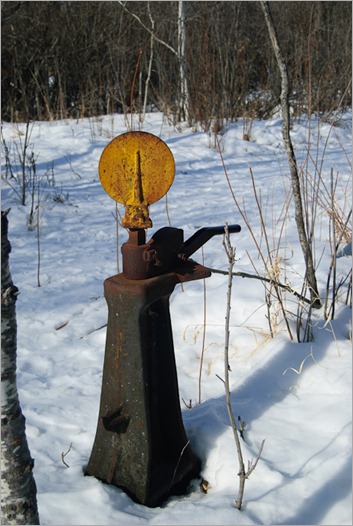 A switch? In the middle of a natural reserve?

Today, Fort Whyte Alive is a natural reserve, where many animals come to rest when elsewhere they would get none. Deer are all over the place, although they don’t come close to humans, squirrels and geese are everywhere, given the right season. The Prairie Dogs have a place of their own, there are supposed to be 21 or 22. I guess the latest count hasn’t taken place yet this year. 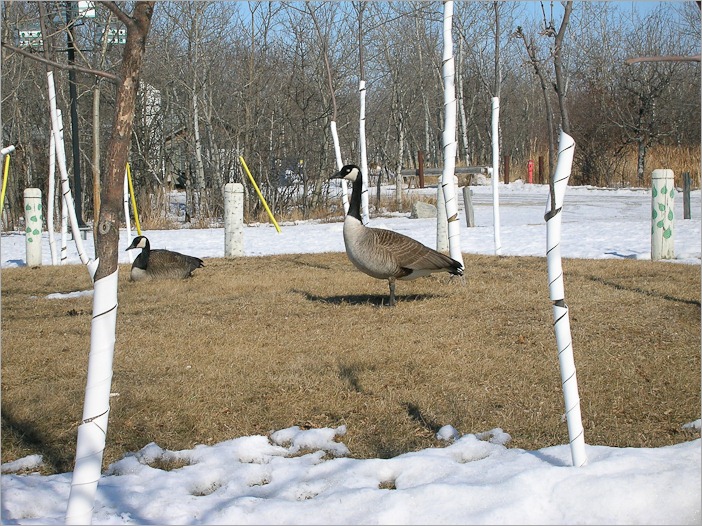 Geese on their return to home

Bison are also part of the reserve, albeit in an enclosure. I guess the risk of having them run around in the city is a little too high. A bison is capable of jumping over 2 meters high, so the enclosure also includes a mote… 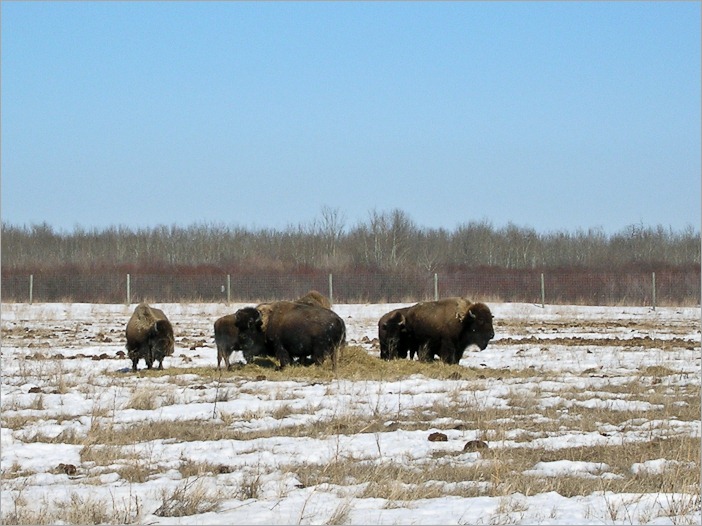 Bison in the “wild” near Winnipeg

But Fort Whyte Alive is more than only animals to see. Inside there is a museum with many interesting facts and figures, as well as “stuffed” animals. I don’t like the word “taxidermist” it makes my skin crawl. A stuffed animal reminds me of my youth and in a way a preserved animal and a stuffed one have a lot in common… 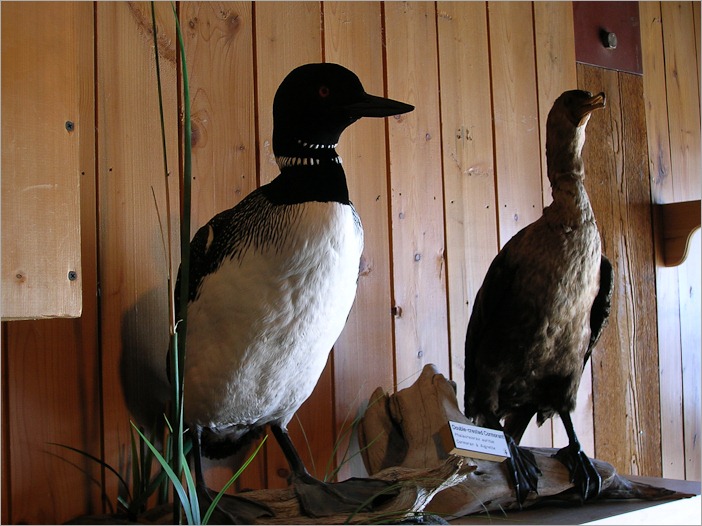 Among the animals preserved are the loons, well know from the “loonie”, the Canadian one-dollar coin. A lynx, perhaps better observed from up close like this than in real life, looks nice and quiet. I guess he (she?) doesn’t live up to its reputation here. 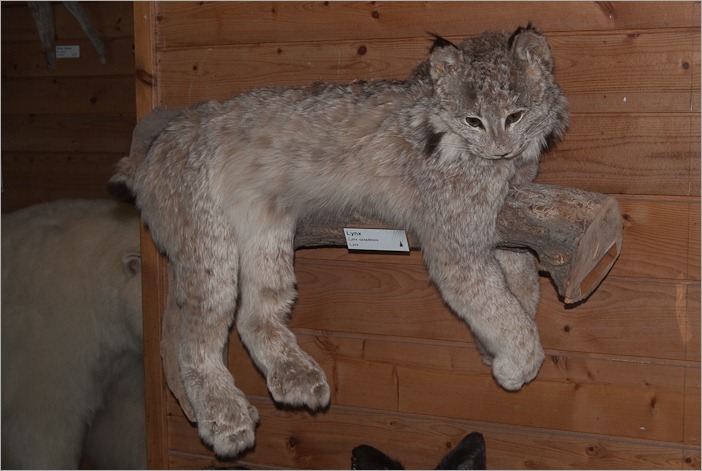 Fort Whyte Alive is also about activities. There are plenty of them, in all seasons. Now I’m not someone to go on a pre-arranged cruise or activity day, but you can see that even in winter, Fort Whyte is very much Alive! 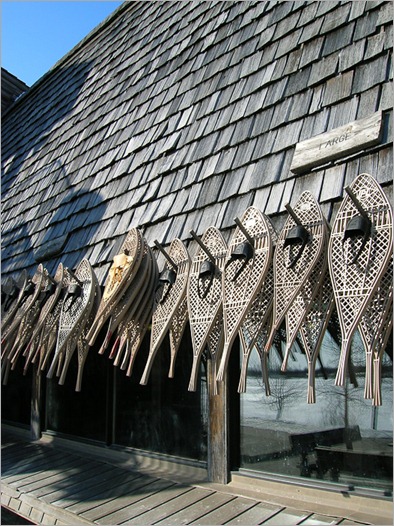 The sod house is something worth seeing as well, not only for the type of building, but also for what it contains. On one of the walls are these posters, dating from the late 1880’s. 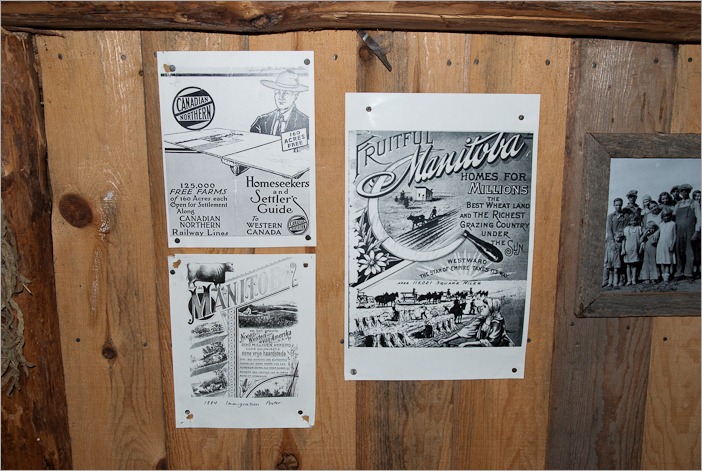 Free Land! Free Farms for whoever wants it!

One of them (bottom left) is in Old Dutch (old spelling), proposing 160 acres of land for free in the wild North of the province of Manitoba, for every man, woman and child of age. You only have to come over and get it. Since Manitoba has become a province only in 1870, you can imagine how “wild” the north must have been in that period… 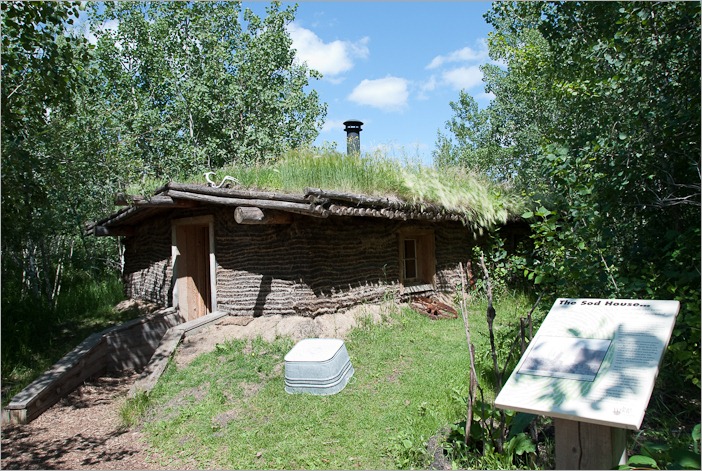 The sod house from the outside

Whatever you may think of old industrial wastelands, you will be amazed by everything you can find here, including the presence/absence of industrial traces. Everything reinstated as a natural reserve and education center by the volunteers of Fort Whyte Alive…

It is definitely worth a trip for a day. Oh, and if you come by on your own power, (bicycle, on foot…) entrance is free…