When I was a kid, going to “the park” meant a ten mile walk, feed the ducks walk around a bit and then take the ten mile walk back home. It seemed that “the park” was always far away and only held ducks as entertainment. Later I was aware that there was also a library, and the ten mile walk had become a two mile walk instead. A few years after that revelation, by bicycle, the walk was replaced with a five minute ride. 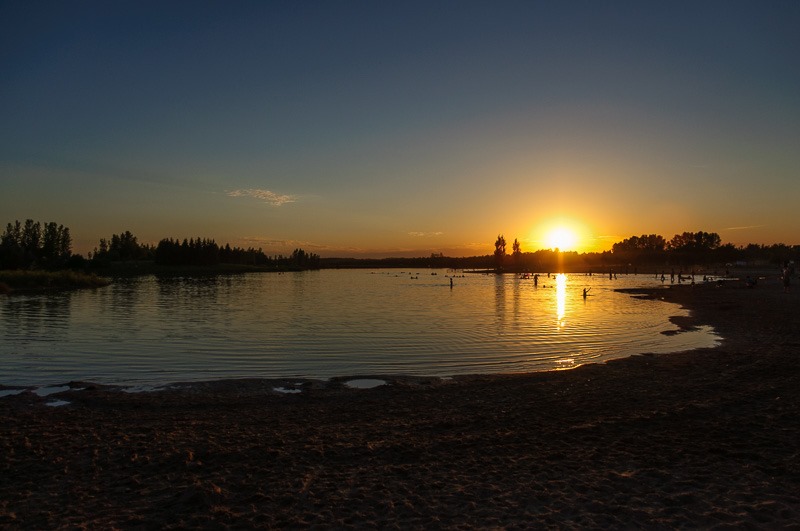 However, the entertainment of the ducks remained, along with the occasional drunk falling in to the water. That happened only once. Ducks had never interested me, so when I was told for the first time here in Canada that we would go to “the park” for a great day out, I was kinda skeptic.

As it turned out, a Canadian park has virtually nothing to do with a Dutch park. Not in size, not in concept, nothing. Some people here in Winnipeg will shrug if I talk about Birds Hill Park but for many newcomers this will be the first Canadian park they will see. 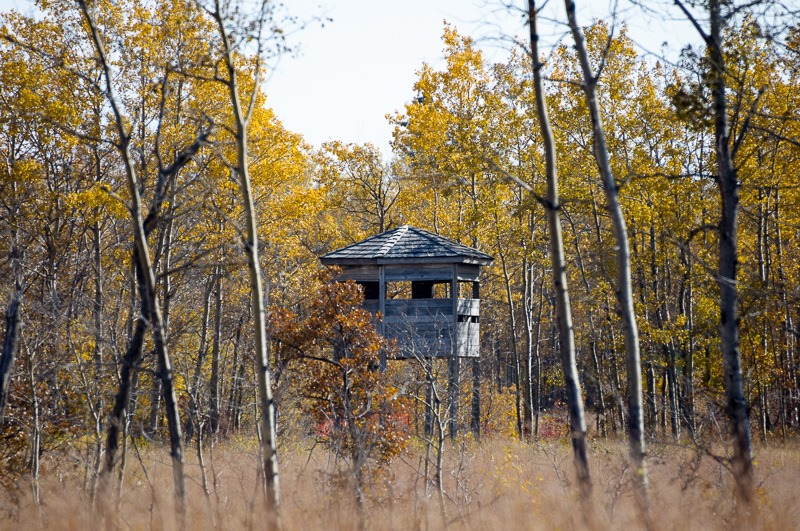 Usually, BHP means a drive along the route in the park and then a barbecue or some sport and then get home. But there is way more to do and to see in Birds Hill Park. For one, every year the park is filled with music lovers for the Winnipeg Folk Festival. Thousands of people gather in the park to listen to their favourite music. But my interest lies elsewhere. My interest lies more in nature and history. The above lookout seems useless in a park full of people, but at sunrise, the wildlife is there to be observed freely. 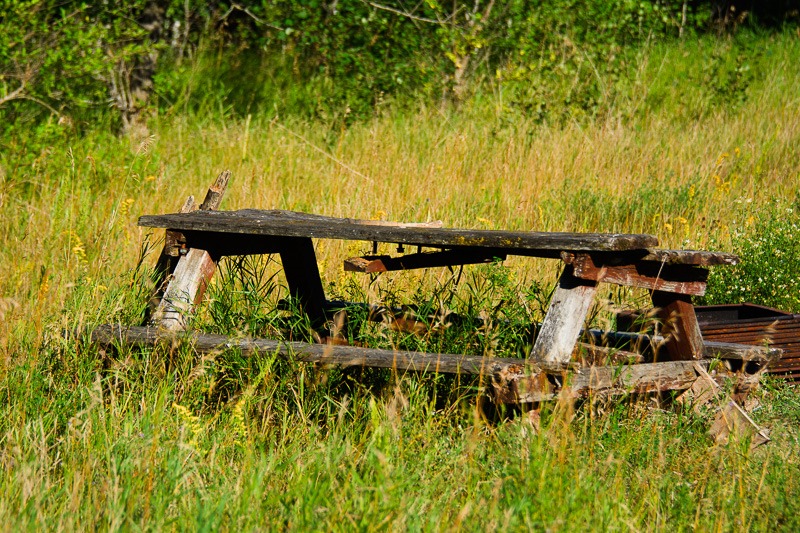 If you are in the mood for a walk and a little rest, picnic benches as well as fire pits are spread all over the park for your convenience. This picnic table looks a bit tired though. However it is placed in a spot that is used for religious purposes by First Nations. 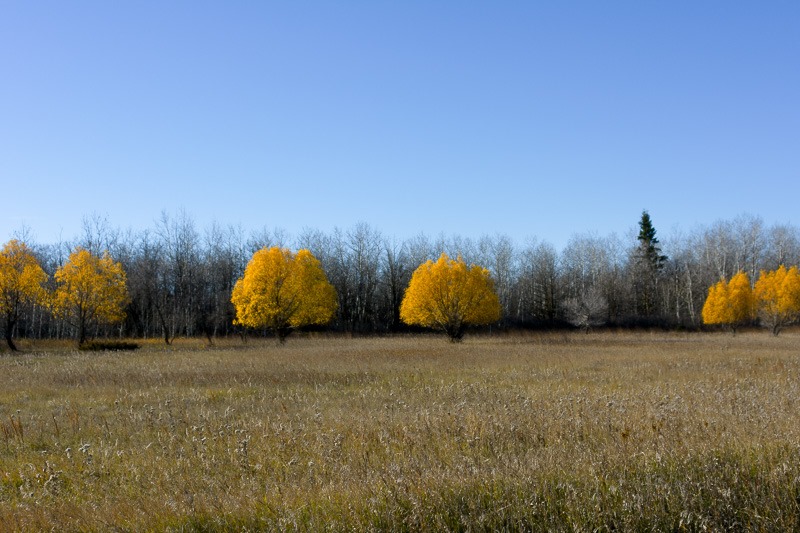 Come Fall, the trees start to lose their green colours and show us some flamboyant farewell colours instead. Many photographers will have shot these trees in the park. But this is only on the side of the main road. If one wanders a little more into the park, other vistas will open up to the photographers with keen eyes on beauty. 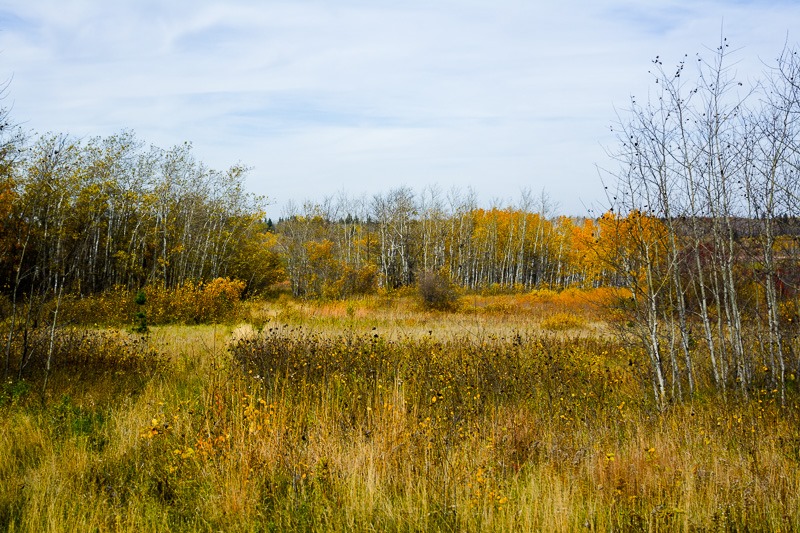 Fall in Birds Hill Park is full of surprises. From beautiful colours to mushrooms and, if you’re lucky, wildlife. Being a park accessible to all also means that wildlife is fairly used to people. In one way or another. Some animals will come right up to you begging for a handout. Most, however, will want to stay away from people as far as they can. Frankly I don’t blame them 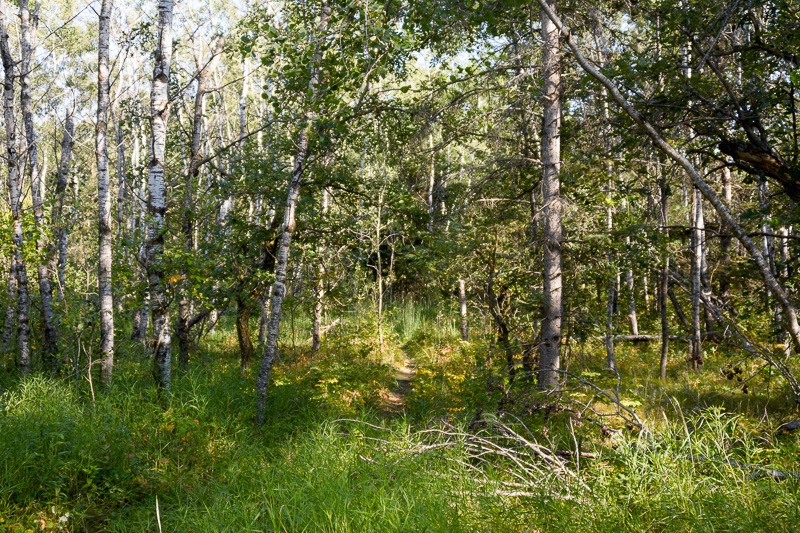 Some other paths are used by cavaliers.  Horseback riding is a favourite in Birds Hill Park. The paths they take don’t always seem to be accessible to pedestrians like myself, though. The above track was hardly visible, but yet fully functional, road apples included. 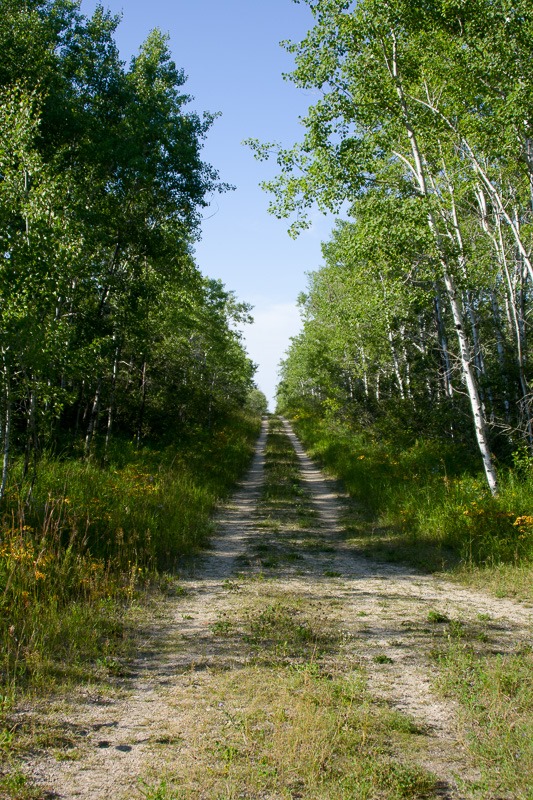 Small paths and larger trails are all part of Birds Hill Park. I think one can stay a week in the park walking all those trails and never take the same trail twice. If you are looking for solitude, Birds Hill Park has it, even on busy summer weekends. During the two and a half hours I spent walking this weekend on the trails, I met nobody, apart from a few deer. 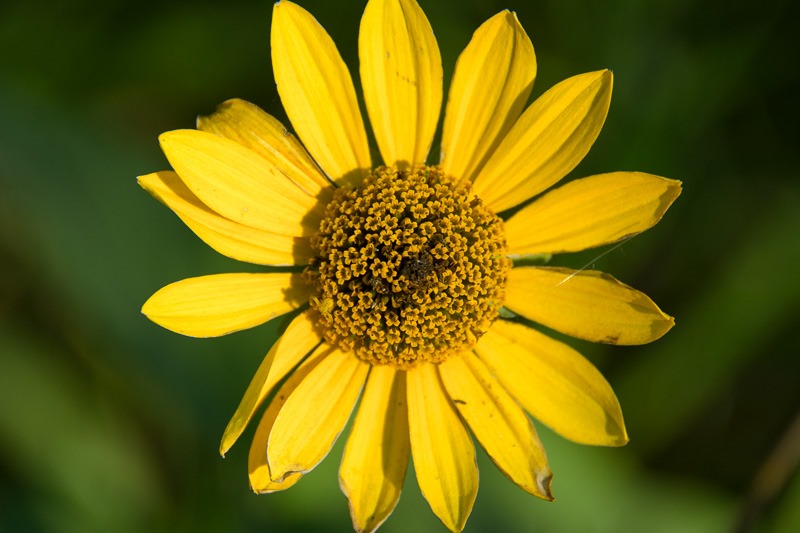 A flower made of flowers

If you are looking for wildflowers, here is a nice collection of specimen to be found. I am by no means an expert in plants and flowers, the biology classes in school were completely lost on me, but the variety that is in the park is beautiful. 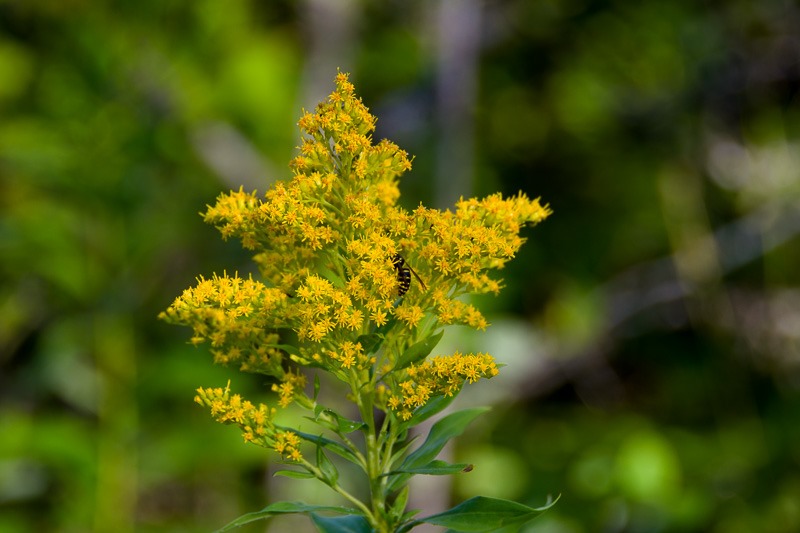 As it turns out, I am not the only one appreciating the flowers as most flowers I shot that day had some kind of foraging insect on them. 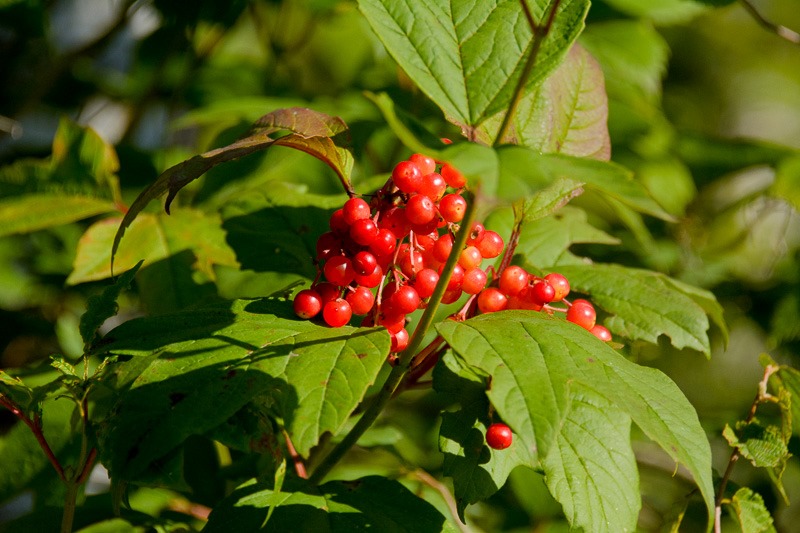 One of the more interesting berries I found are called Viburnum. The smell of them is like unwashed feet. That should be enough to keep you from picking them. But if you do pick them and you can overcome the smell of dirty feet, these berries have some properties that many of us desperately need. Drink them crushed in some warm water in the morning and you will get a kick for the day. They are filled to the brim with Vitamin C. The second property is that they effectively lower your blood pressure. Drink too much of that (read 3-4 cups a day) and by the end of the day you will need the paramedics for a seriously low blood pressure. I’ve seen that happen. So on cup a day keeps your hangover away as well as your blood pressure in check. Old Ukrainian remedy for difficult mornings… 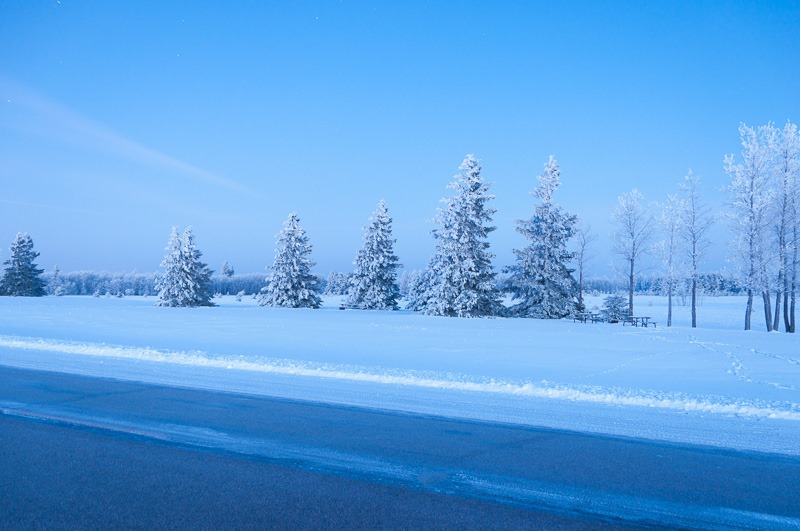 And last but not least. Winter in Birds Hill Park is something to behold. Even more if you go there early in the morning, during the so-called blue hour. The above picture illustrates tha blue part pretty well. This picture was taken shortly before sunrise in the winter.

So if you are in need of some well deserved nature not too far away, Birds Hill Park is only 25km north of Winnipeg, off of highway 59.

I guess that I will see you there, one day or another.

Until then, take care…