A few weeks ago, the inevitable happened. I found myself in a place where most people don’t want to be. A place where atrocities and unwanted intimacies were committed without much extra punishment. The local jail. My particular crime to end up in there? Curiosity, nothing more, nothing less. Innocent as a baby, just like everyone else in there. 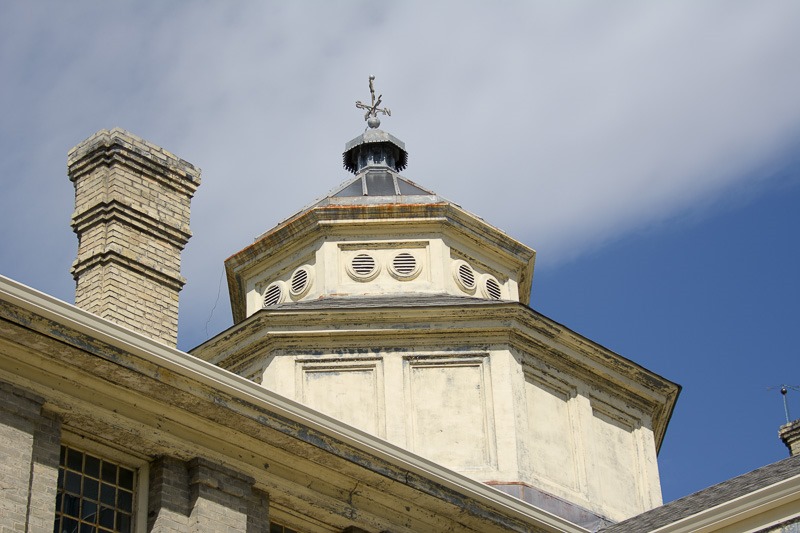 Open Doors Winnipeg has made the Vaughan Street Jail a star attraction. A place I have always wanted to see, but somehow always missed. This year, however, it was jail time for me.

Every year, Open Doors Winnipeg opens the doors (obviously) of many iconic buildings to the public. Places you don’t get to see during the rest of the year as they are still in use. Or in this case a bit too fragile to be of constant use. I have visited a bank a few years ago. Well, the insides of one that is no longer used as such… 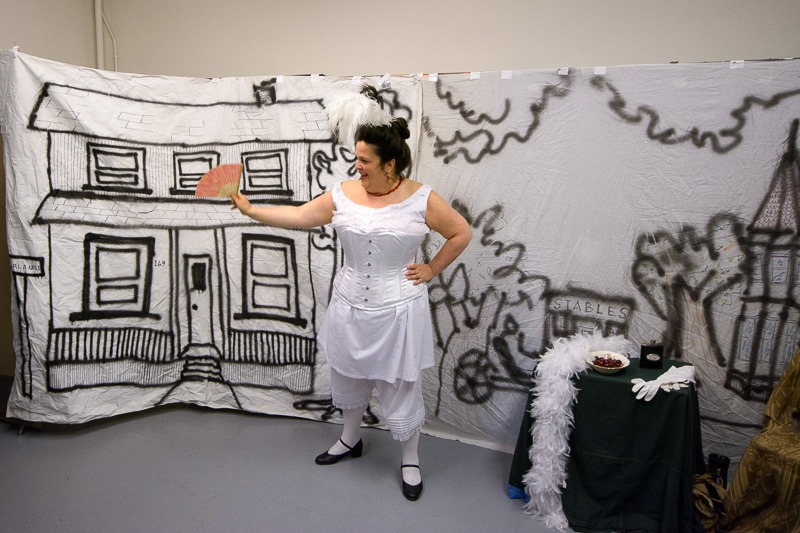 The Vaughan Street Jail was built in 1881. It was an immediate success and filled with all kinds of criminals. Men, women and children were incarcerated for all kinds of reasons. A 5 year old kid stole an apple? 2 days in the jail! A wife disagreeing and arguing with her husband? 72 hours in the jail! Serial killer of 25 people? Jail time and a hanging as a bonus! Insanity? Jail time! Woman of loose morals? Jail time! 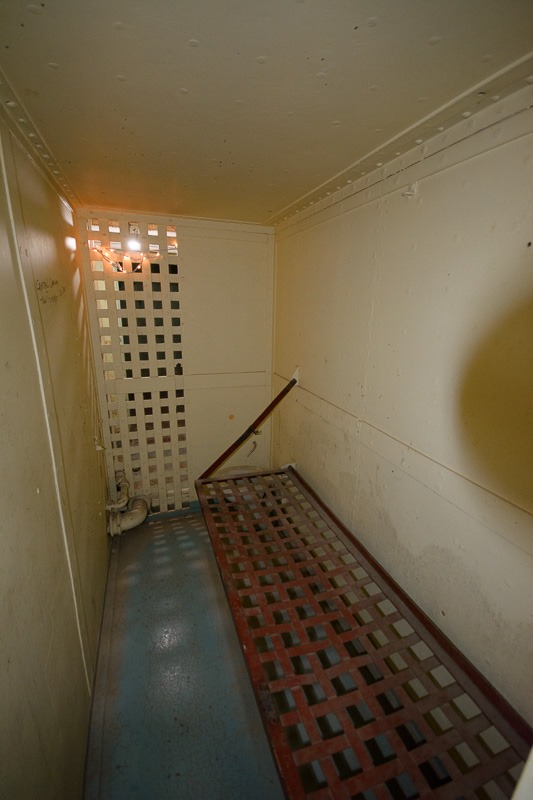 I could go on and on about the  crimes that lead up to this place. Some of them ended here as well. Behind the jail were the gallows. Probably the only way out of this jail that was not appreciated. The lead picture was then the last thing the criminal would see, before his lights went out permanently. 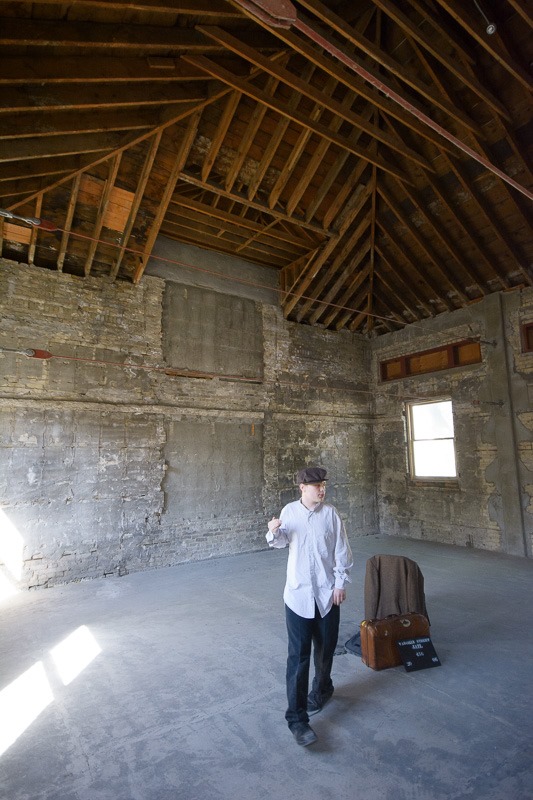 Until 1909, all criminals, men, women and children alike were held in the same quarters, with all the unseen atrocities that followed. In 1909 an extension was built, women and children were then separated from the men. That separation meant also a bigger volume, more people were incarcerated as a result. 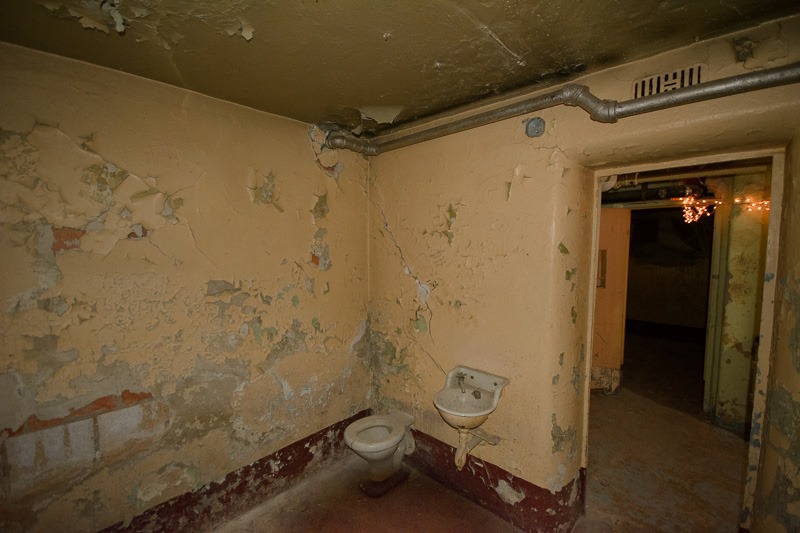 Death row was operational until 1976, when the death penalty was abolished in Canada. Although the last person to be hanged at the Jail was Earl Leonard Nelson, a notorious serial killer in 1928. After having killed 25 people, “Gorilla hands” Nelson was incarcerated in the Vaughan Street Jail, never to see the light of day again. More or less. He managed to escape, but was caught and brought back to the prison. His execution was served on January 13, 1928. 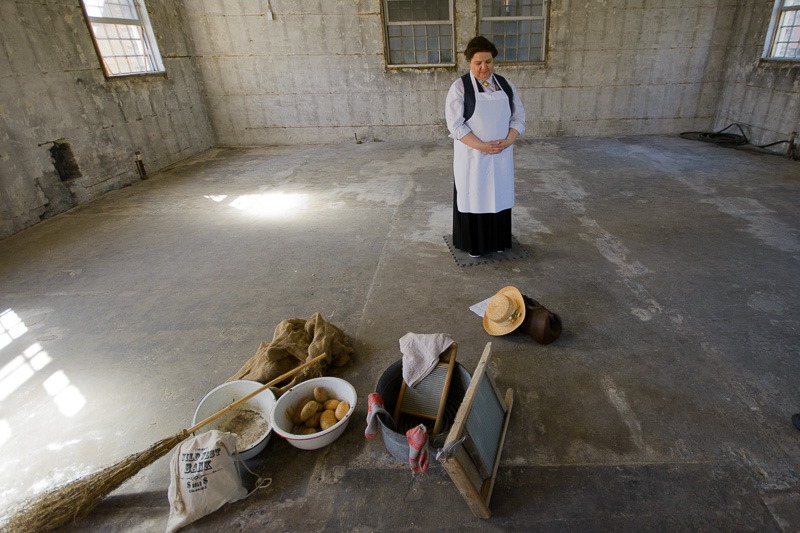 Other people tried to do good in the jail, taking care of sick and wounded. Wounded in many ways, including mentally. Margaret Scott, pictured above by a volunteer was the first Public Health Nurse in Canada. She worked inside and outside the jail as a nurse, helping everyone who needed it. Often she was paid in kind, chickens, cake or even firewood. She never refused to be of service. Margaret Scott died in 1931. 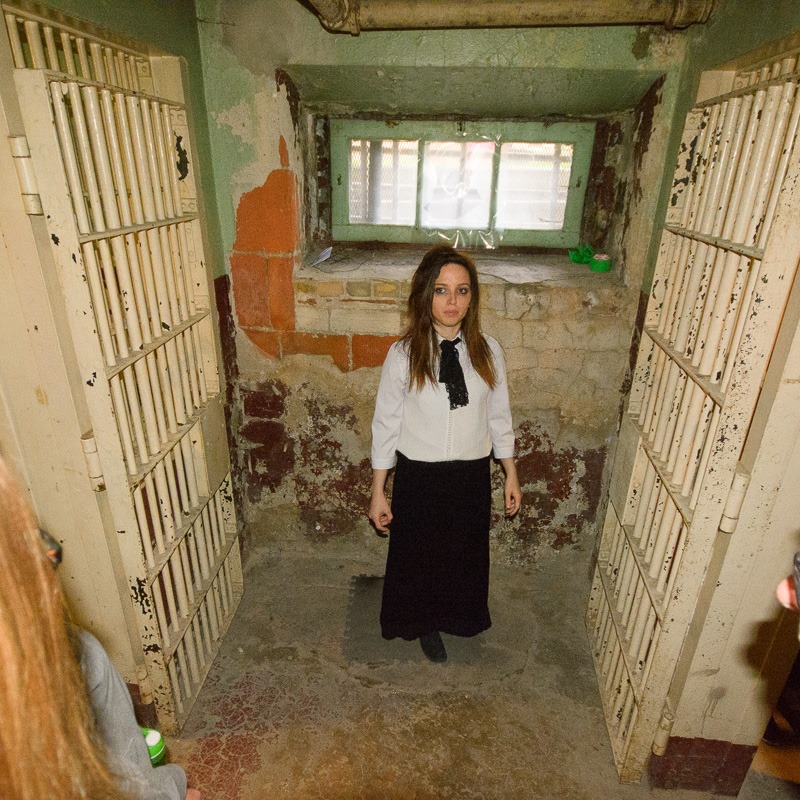 Mentally ill people often ended up in jail, for lack of a better place. If they acted up, they were strapped to the floor, with only a one inch thick “mattress” to separate their bodies from the stone cold floor. Later, Manitoba Asylum for the Insane in Selkirk would “welcome” them. In 1910 that name was changed to “Selkirk Hospital for the Insane”, then again renamed to its current name of “Selkirk Mental Health Centre”. 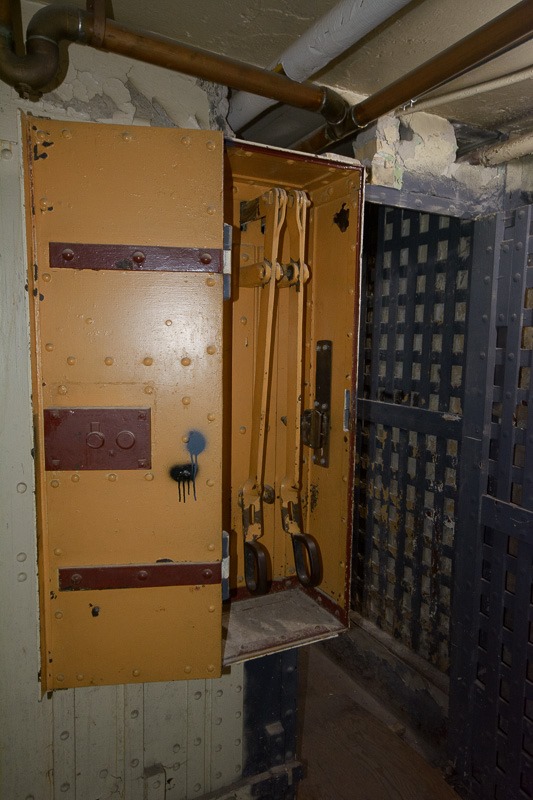 Central locking of the cells

The basement level was for solitary confinement and death row. Today the basement is not in use, unlike the first floor. Government use, nothing more. The top floor cells have been removed and the prison no longer functions as a prison. It is a place marked with the spirit of suffering and justice. Probably a few other spirits still roam the cells on death row. I’d have to go back there during a quieter time.

One thing is sure: it’s better to be in this gaol during Open Doors Winnipeg than during the peak of its functional purpose. The intense presentations of the volunteers made it for a great experience.

And I’m glad I’m out in the open again