When people are thinking about Canada, the first thing that comes to mind is COLD. So I will not disappoint you. Here is a post about cold. Before you go and run away, it might be an idea to think about what a cold landscape is. Not just about your freezing toes, the world doesn’t revolve around them. 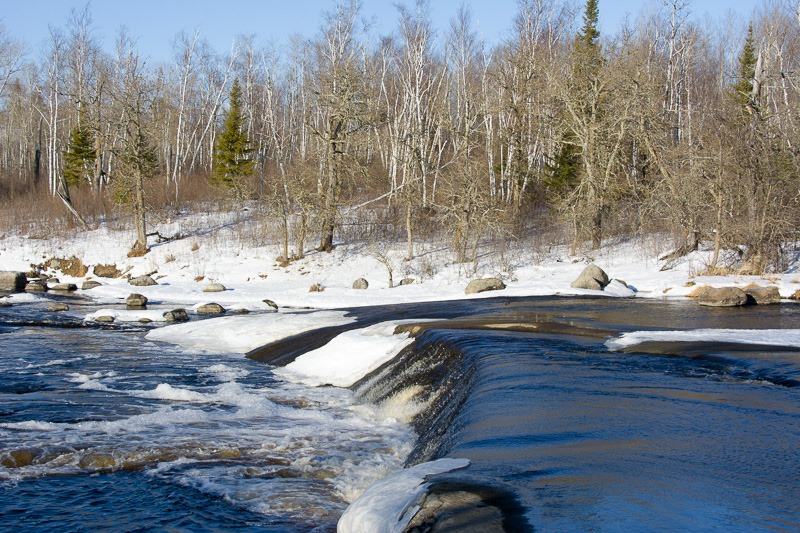 It also doesn't revolve around Manitoba, although some people might disagree. Winterscapes, or winter landscapes are beautiful. For some, even more so because they can enjoy them from a nice warm spot on the beach..

Some of my friends will recognize themselves

. Frozen landscapes, most of the world will and has to do without. With climate change well on its way now, those landscapes will gradually become rarer and rarer. This post may one day be a historical document, who knows. 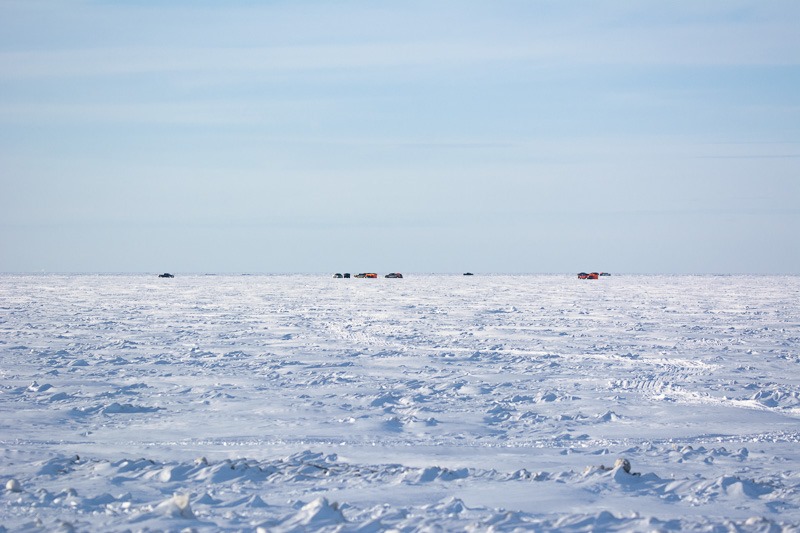 Lake Winnipeg, a lake half the size of The Netherlands, it could swallow the whole country of Belgium. In winter, this lake freezes up completely. three to five feet of ice (1m-1m50) covers the lake. Enough ice to resist 20 tonne trucks with their loads, enough to hold a school bus full of kids, even if these are not allowed on the ice. If you have anything lighter, like a small truck, you can drive to the centre of the lake, set up a fishing shack and haul in the finny folks. Around you in some places will then only be ice and a horizon. 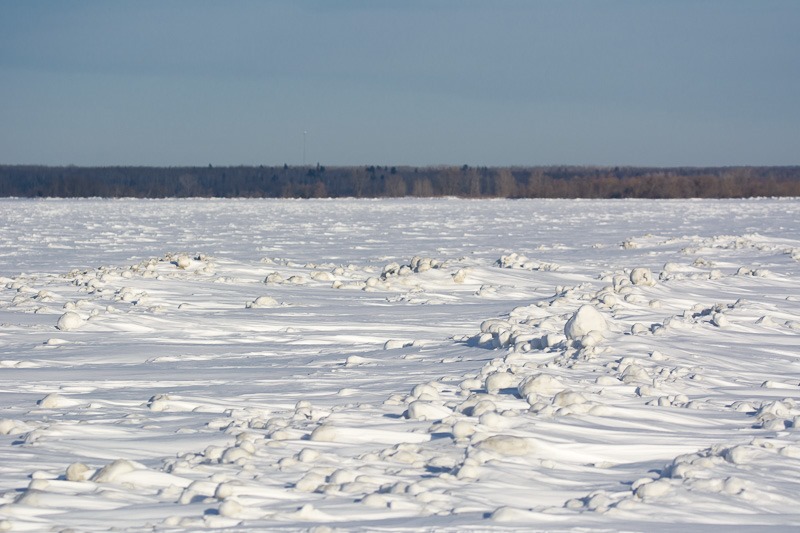 Personally, I prefer to remain a little closer to the shore, it gives me a safer feeling. Close to the shores, the wind whips up the snow and creates magnificent sculptures. In spring time, once the ice starts breaking up, big chunks of it may move onto the shore, levelling everything in its path. The ice, however, can be thin in some places as well. Cars can go through it at a moment’s notice. 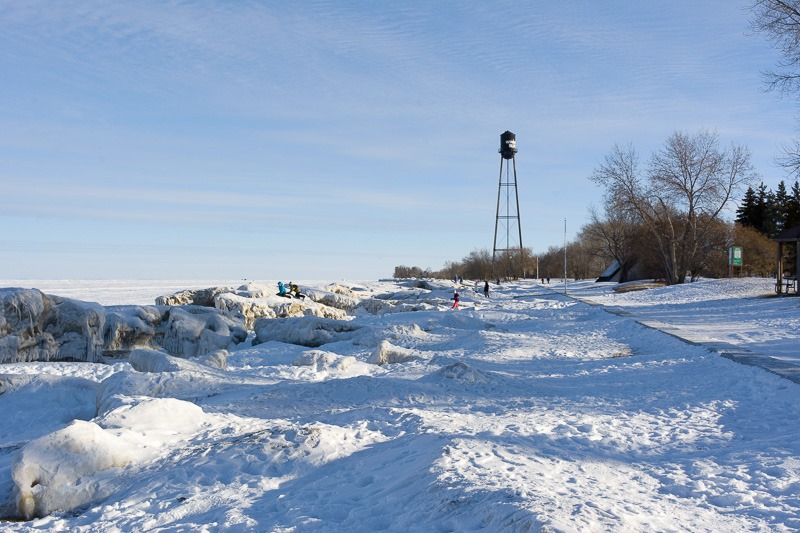 Nah, I prefer to remain on the safe side. Winnipeg Beaches was not completely frozen up yet when a storm passed over the lake. Enormous ice sculptures were the result. I went there on a Sunday afternoon to take my pictures. I guess I should have gone during the week. There were so many people, one could have though it was mid summer. Apart from the hats, mitts and thick coats, of course. In the above picture, these are not rocks, these are ice chunks. 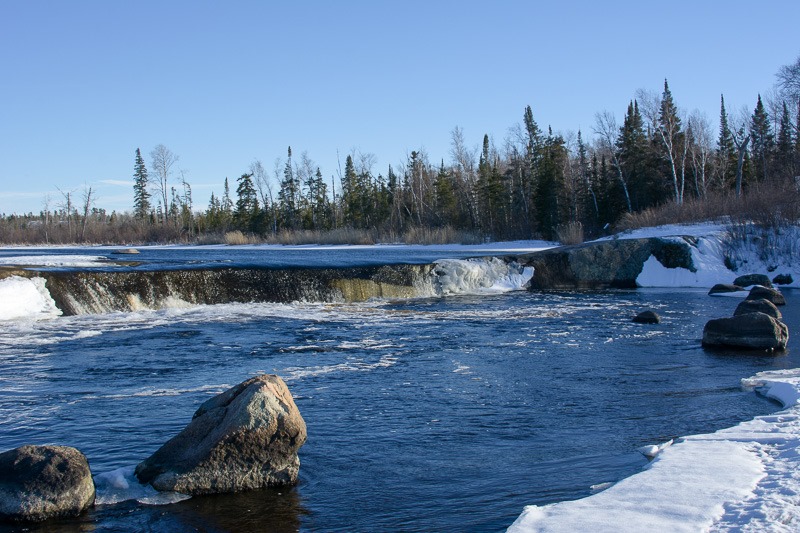 The lead picture and the above picture were taken at Rainbow Falls. Ok, the difference in level is not very spectacular, but they are falls nonetheless. While in summer, the spot from where this picture was taken is not accessible, in winter you can walk up to it and enjoy the view. 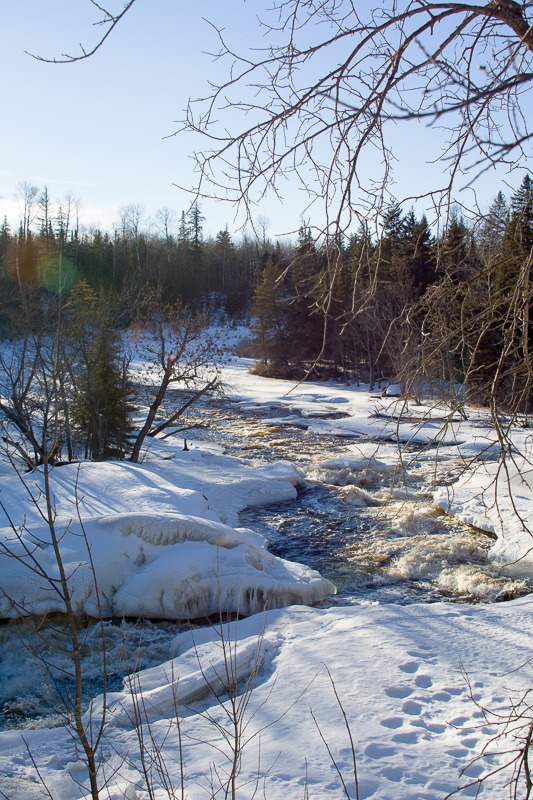 A little deeper into the woods, some of the waterfalls are called spiritual. Even by temperatures of minus 35C these waters don’t freeze. That says something about the force and the speed of this water. Make no mistake, a bit further downstream, lots of it will eventually freeze up though. 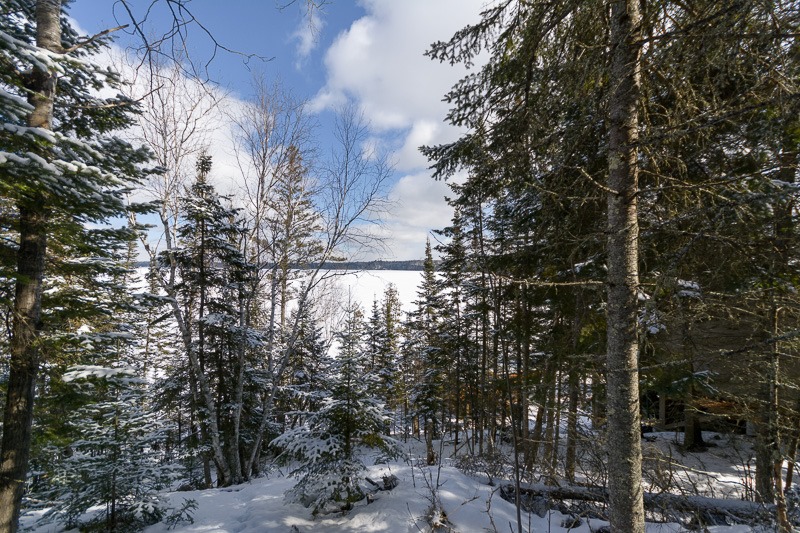 A little more to the east in Manitoba, near the border with Ontario, there are other views to be had. While Winnipeg and the centre of Manitoba are mostly flat, the east part of the province is located over the Canadian Shield. A granite landmass that dates back hundreds of millions of years. Native People call this part Turtle Island, after the turtle that moved to the surface after the Great Flood. Some of the granite formations indeed look like turtles. The above picture however does not represent a turtle. The lake was formed by the impact of a meteorite a few million years ago. As a result, the lake is nearly circular. 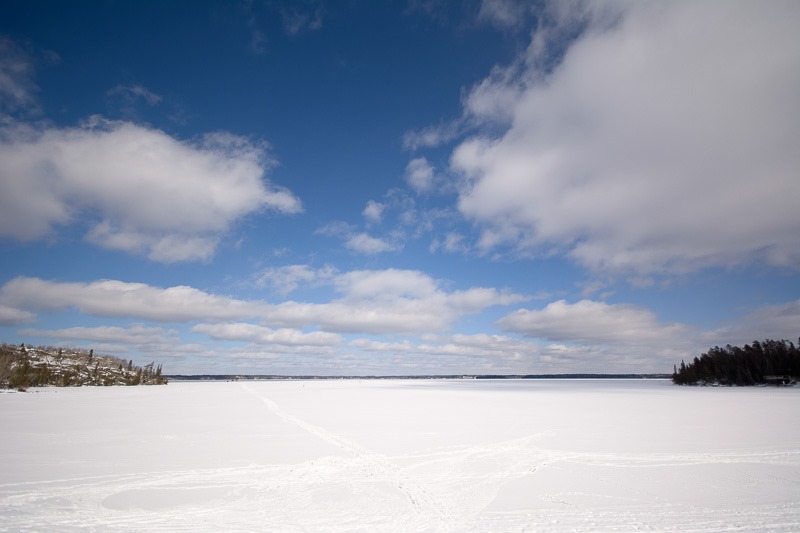 But winter landscapes will always need a vast expanse of white and some forest to appeal to most people. So here it your iconic view. 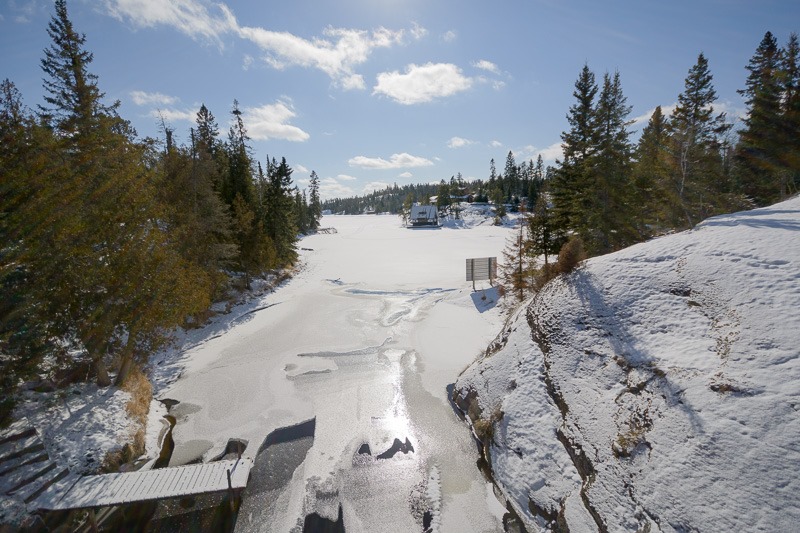 Smaller spaces may show more fjord like. Unfortunately for people, this is part of a dam for hydro purposes. No swimming, skating, canoeing or anything else. It says so on the other side of the sign in the water. You are warned.

They send the shivers down some spines. I enjoy them immensely. Even if I need gloves and a fur hat to stay more or less warm, I still enjoy the fact that there are no mosquitoes. Those will be back for another post here on Photo Bytes. Until then, stay warm and enjoy your summer, non-winter or any other season it may be in your part of the world