I often heard my parents say “Back when I was young, things were so much simpler…”, together with yet another story about things I could have no idea about. I used to dismiss the stories as stories, without thinking that one day I might be doing the same. Well, almost. Unlike my parents, today I have pictures to back up those claims of simpler times. 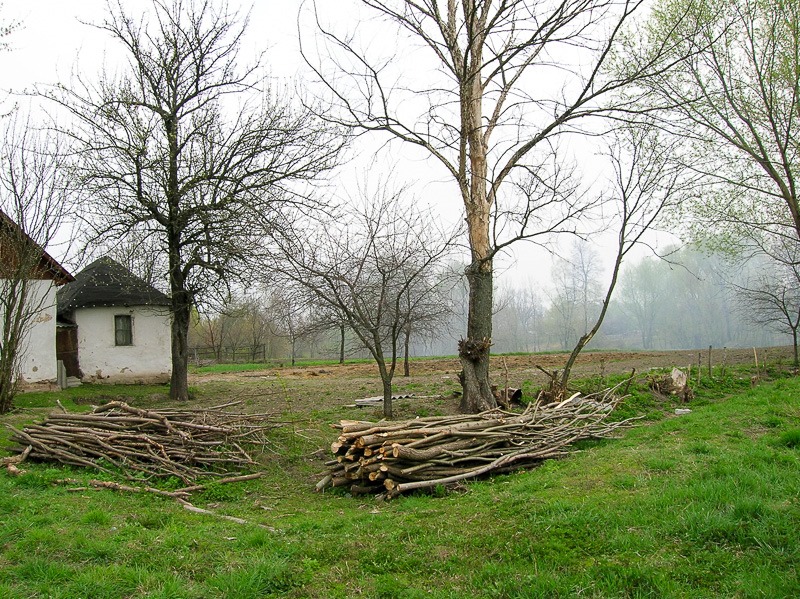 It is not so long ago that I lived in Ukraine. A mere 13 years ago, to be exact. At that time, Ukraine was even different from what it is today. No signs of war or even unrest. Also hardly any signs of tourism. Coming to a country like that is a tourist’s dream. Everything seems unspoiled and authentic. Until you start talking with the people that know of different times, that is.

When I arrived in 2004, I didn’t even have a camera. Only a small plastic film camera, with film that needed to be developed. Often I got the prints back, together with smudged and folded negatives in the same envelope. One day I’ll need to scan them, for sure. The pictures here are from a little later, in 2005 my wife and I had the opportunity to buy a small Nikon Coolpix 4600. It still works today and still delivers better quality pictures than the Samsung or Fuji point and shoots of today. 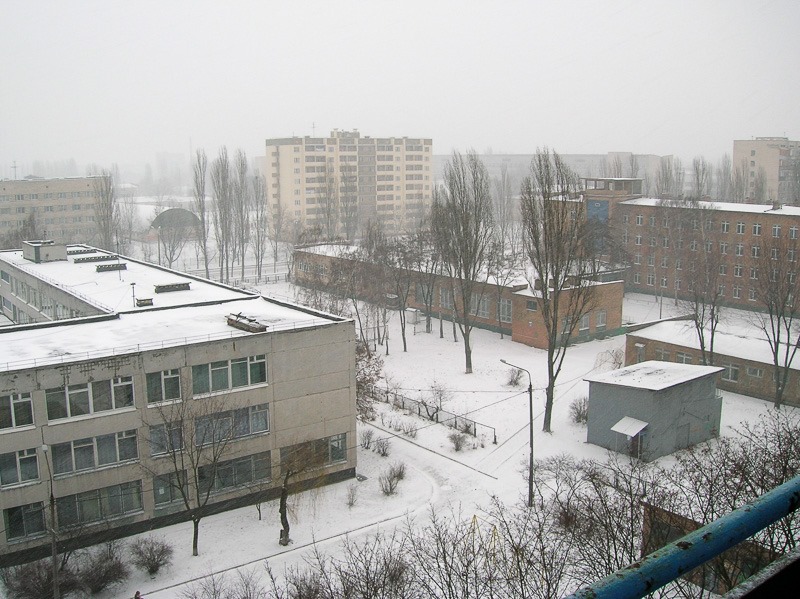 View from the apartment

The view from our apartment in Kiev was from the 8th floor up. Often, the 8th floor was only accessible by stairs, as the lifts were out of service. Once that happened, workouts every day using stairs were unavoidable. The view from the apartment on the other hand was one of the best I’ve had, ever. Even more so with the summer storms blasting over the city. Unfortunately I was always looking at the tail end of them as our view was to the east. The simple Coolpix could not catch the lightning storms anyway. 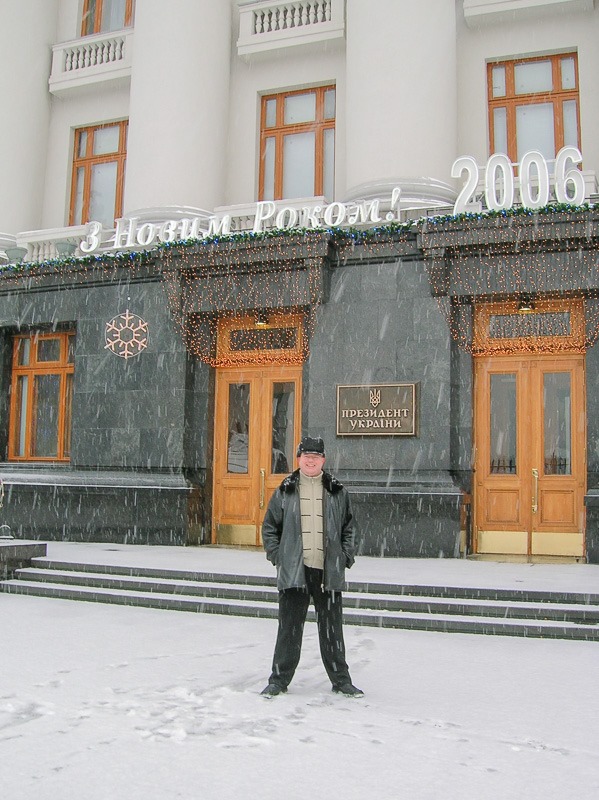 In 2006, the winter was somewhat “normal”. One expects all kinds of horrors from the Russian/Ukrainian winter, right? Images from our history books about Napoleon freezing in one of them always seem to pop up in our minds. Nothing is less true. The winters are usually fresh, but nothing extreme. Manitoba has way colder periods than Ukraine in winter. No –30C temps in Ukraine. For a moment I could pretend to be the president of Ukraine as indicated on the sign behind me. The banner at the top wishes us all Happy New Year 2006. Later, this whole area was to be closed off for the exclusive use of the president, the real one. 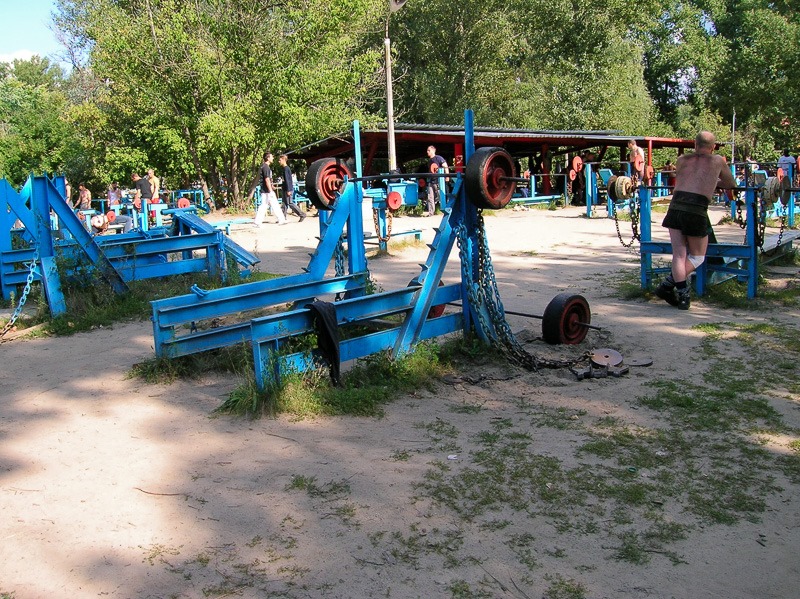 Staying in shape was also simpler. Before 2004 I was used to see gyms like modern places. Hell, I was even a member of one of them, for a few months. I never knew what had gotten into me to get a membership, though. In Kiev, a large open area in Hydropark, on an island in the centre of the Dnepr river. Many sportsmen have trained there and are still doing so. No rounded corners and padded seats here, though. You are lifting weights, not being pampered. Most of this material would kill you if not used properly. Only the motivated will use it. And guess what? Nobody ever gets hurt

. The material is scrupulously maintained by an on-site crew. 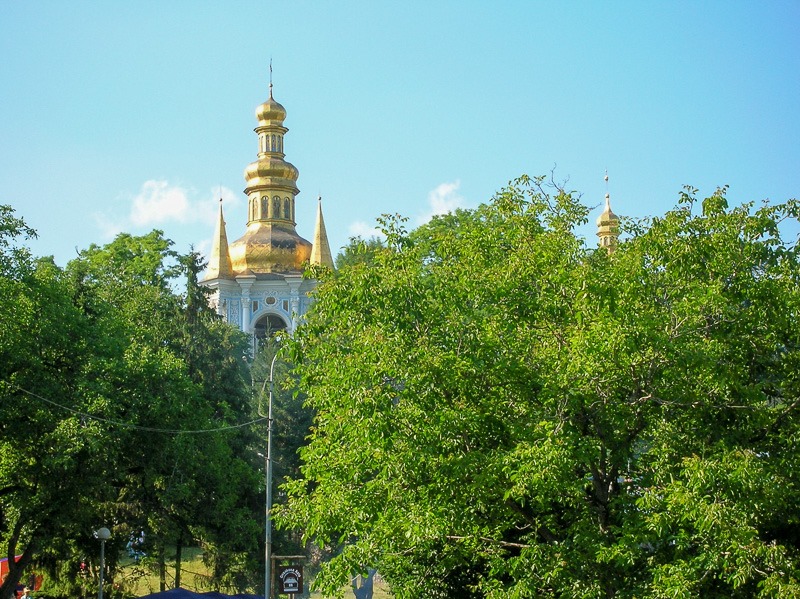 On the other side of the river, looking away from Hydropark is one of the most beautiful religious complexes I have ever seen. Pecherskaya Lavra or Grotto Lavra is a huge complex, built centuries ago. Much of the complex is underground in the caves in the mountain side. The golden domes are visible from far away and combined with springtime green this makes for one of the most beautiful places to visit. 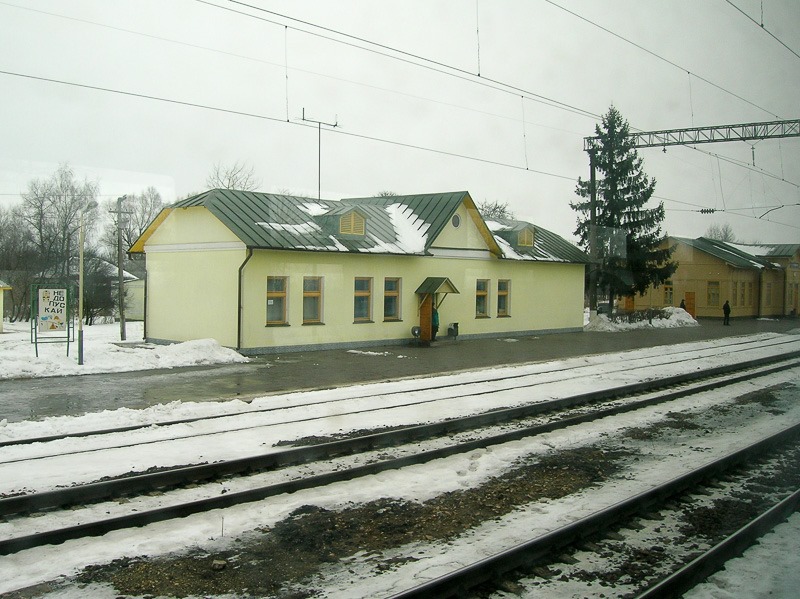 Going out of Kiev, to a village called Dubinka in the north of the country, things change to even simpler and older times. First, you need to take a train. One of those huge monsters that stop for nothing. Oh, and they are also slow to get moving. A mere 240km takes over 4 hours, and that’s not because of the many stops the train has to make. It’s simply a slow train. Pictured above is one of the train stations along the way. Photographed through a train window. 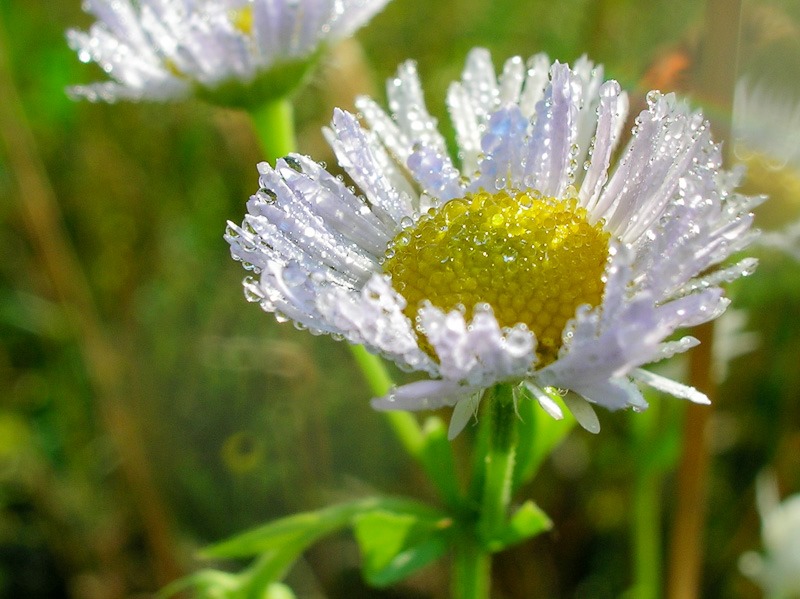 Nature at its best in Dubinka

Then, Dubinka. Ahhhh, the smell of hay and nature. The fresh air. Something you come to miss in the cities. As a “towny” I never really had the opportunity to spend days and nights in that kind of environment. The train that brought us here also made me appreciate the fresh air. The diesel engines of these trains don’t seem to get any tuning for a cleaner exhaust… 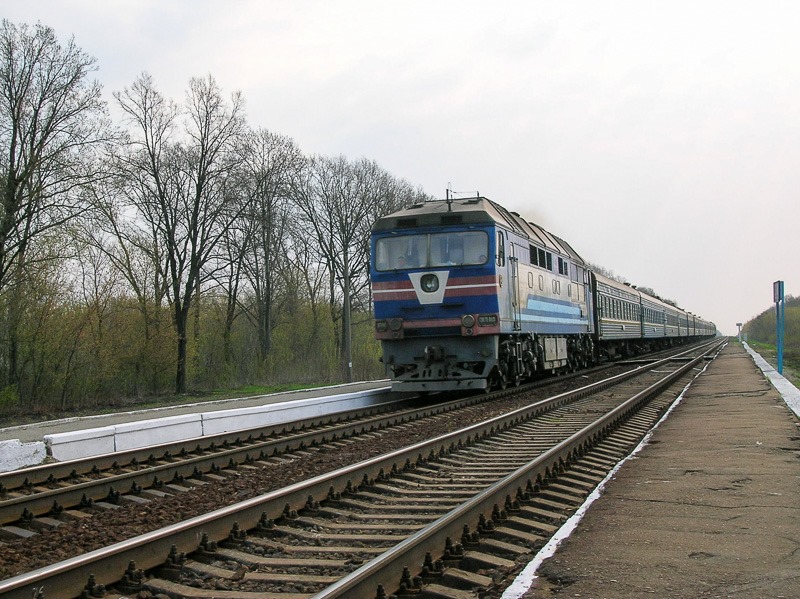 Standing straight with my 1m86 (6ft2) I can see straight at the headlights of this monster. Unforgiving if you meet that in motion, that’s for sure.

Another time I will tell you more about Dubinka, for me a great place, for those who have to work… a little less. Let’s save that for now.