Photographing birds is nice. It’s relaxing, and gives sometimes spectacular results. But as time goes, it may give a somewhat warped image of my environment. There are not only birds here. There is lots more to enjoy in Manitoba. 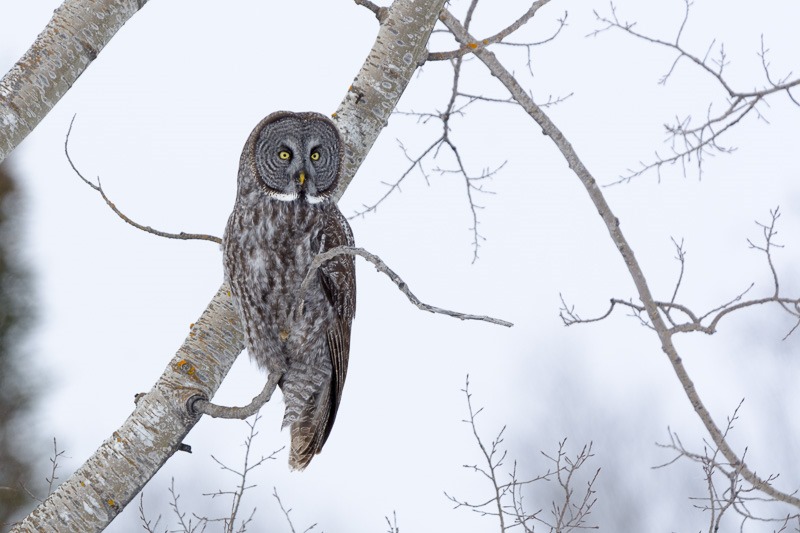 While most of this is never promoted by the powers in place (past or present) there is way more to see and to enjoy. Often, the winter in Manitoba is depicted as brutally cold, possibly only superseded by Siberia in temperatures. The news of late did nothing to change that perception, by noting that Winnipeg was colder than the North Pole at a certain time.

While this may be true or even funny to reports as being “news”, it does depict the province in a negative way. That is something that I have always tried to avoid on this blog. After all, what good does it do to see negativity on a photography related blog? There is enough negativity in the mainstream media and news. Just switch on the news on TV for a few minutes and you mood will drop by a few degrees already, guaranteed. Some people may think that that is how it is supposed to be, but there is so much more to see than broken countries and broken lives. 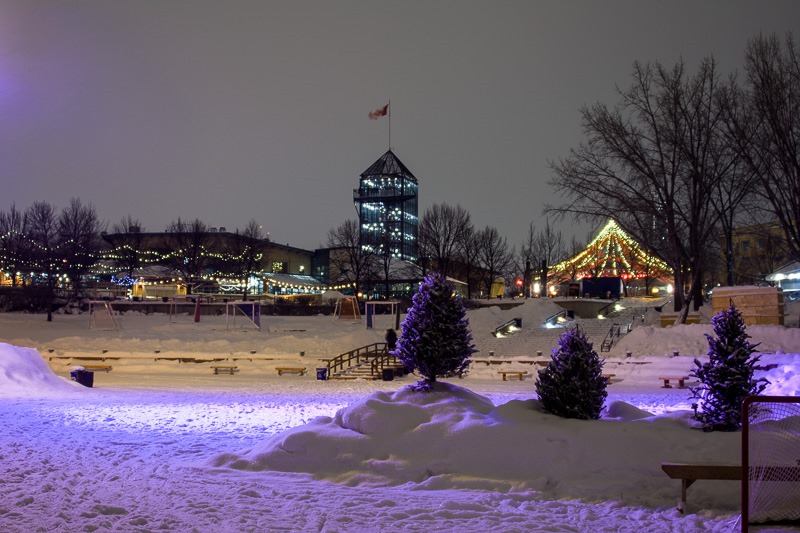 Purple Snow at The Forks

It seems that people in general are always more interested and moved by negativity than by beauty. Even when beauty is presented, something negative must be said at some point in time to “balance” the situation. I don’t get that. If something is beautiful, it should be shown and enjoyed. No need to bring it down to a level of news reporting. 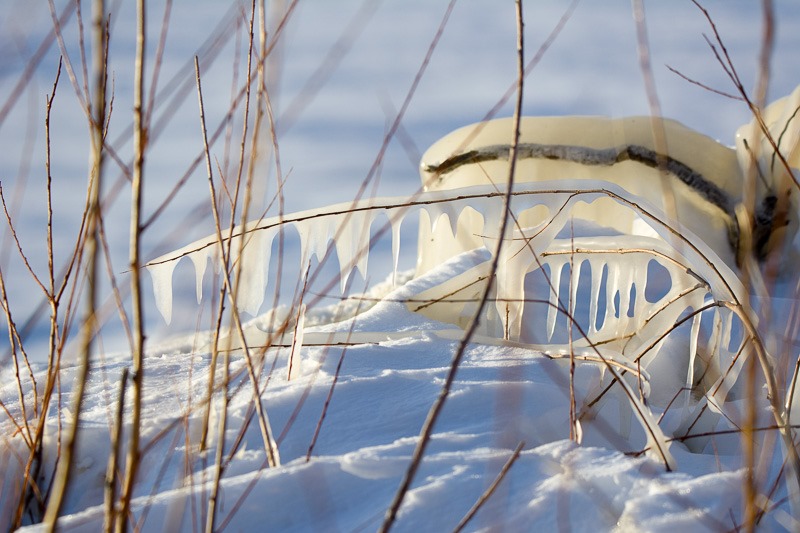 I understand that beauty is relative, some people enjoy the beauty of paintings of the old Dutch Masters, others prefer the black square of Malevich. To each his or her own beauty. But even in the simple black square of Kazimir Malevich, there is a message of hope for beauty. 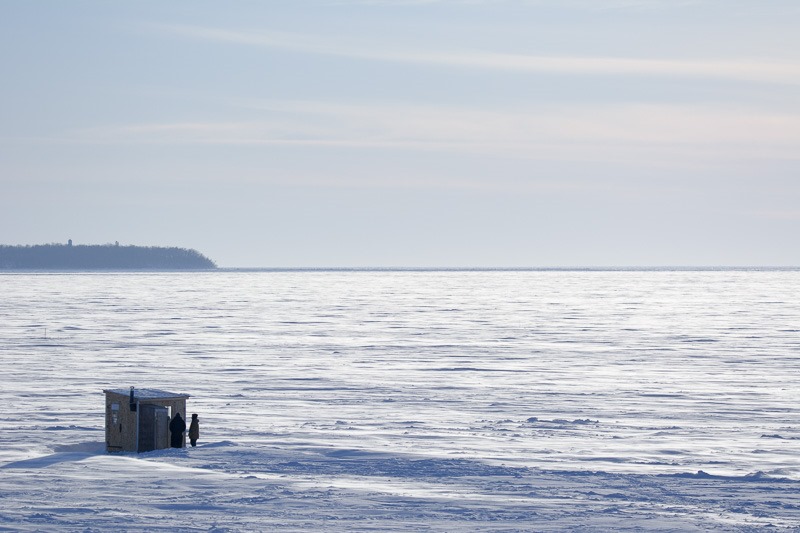 Manitoba is presented as a province of Cold (with a capital C), polar bears and The Forks in Winnipeg. It seems there is nothing else to enjoy here. With about eight years of blogging about Manitoba (and a little about Holland and Ukraine) I have tried to show a different image of this land. This is a land that has so much to offer, it cannot fit in a lifetime if you want to explore and enjoy it all. Take Lake Winnipeg in winter for example. 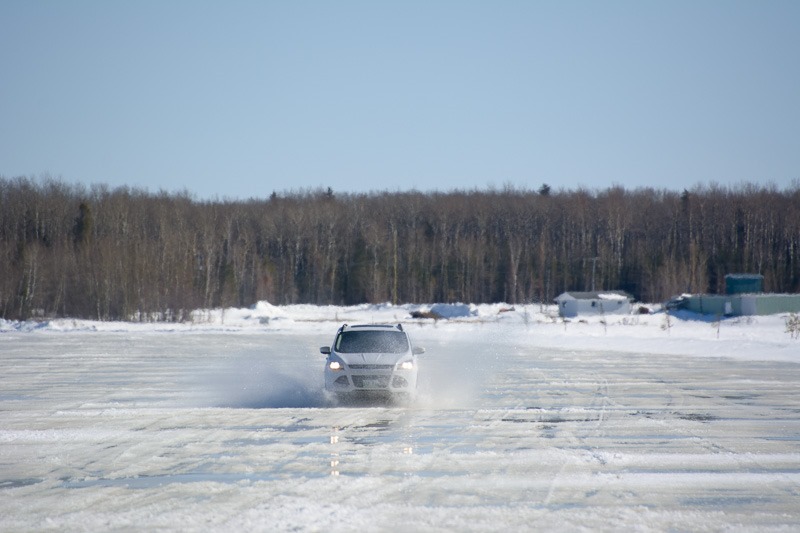 Crossing the lake by car

It seems like a desert of ice and cold. I won’t deny that it will freeze any outstanding body parts if it gets the chance. However, ice fishing is something that is very much enjoyed. Yet not on a level that would make people in power believe in something more. Imagine an ice road between Grand Beach (east of the lake) and Gimli on the west side. Granted, the road would not be needed for hauling freight or heavy machinery like in the famous TV series Ice Road Truckers. But it would give normal people a chance to cross the lake in the warmth of their own car or truck in a safe way. Both ends of the lake would benefit of the increased activity and economy would grow. 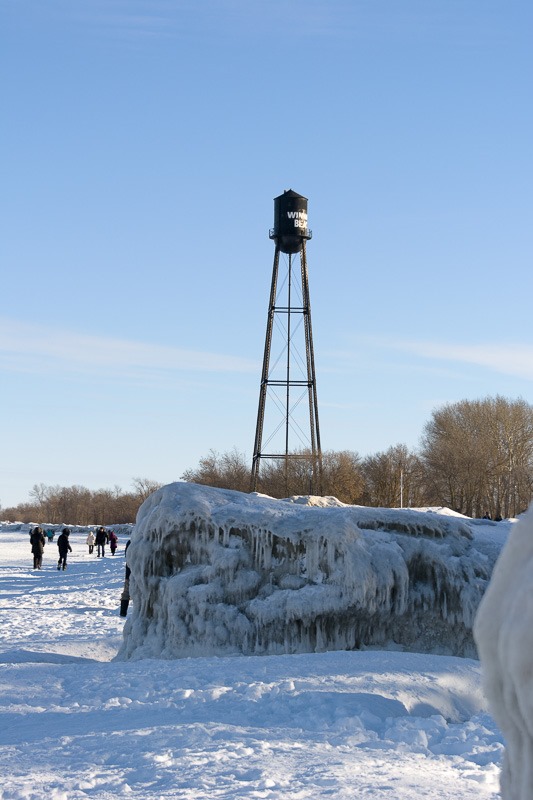 A simple event of some ice formations during the upcoming cold at Winnipeg Beach pulled in a crows of people of the past weekends. A safe ice road, to be enjoyed by everyone, would draw even more people. Yet, to draw in masses of people would also put a strain on the natural beauties that the province has to offer. Many birds will tolerate people for a very limited time. If the people interfere with the most important business of the day for them, they will be gone and won’t come back for generations to come. 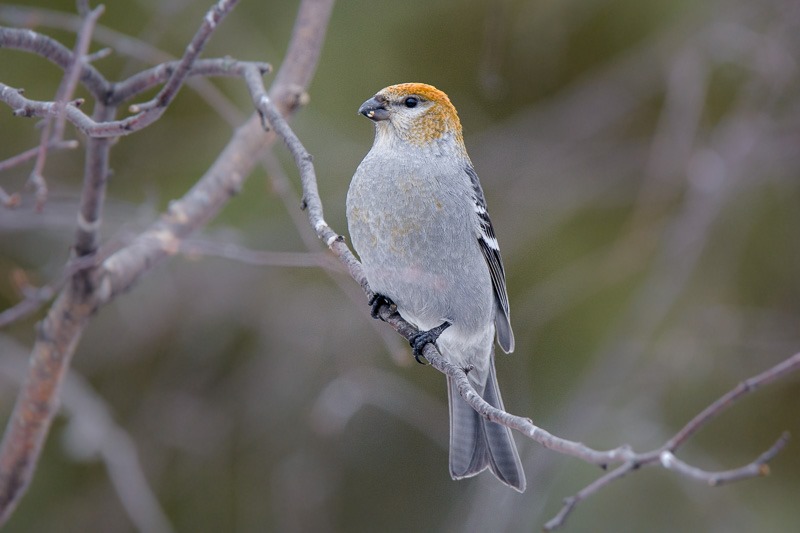 The most important business for the birds? Feeding, of course. Interfere with their daily routine and they won’t forget it for next season. Others, won’t be so “intolerant”. They will eat out of your hand or from your balcony or deck if they get the chance. They run fast, don’t fly and feed on everything they can. 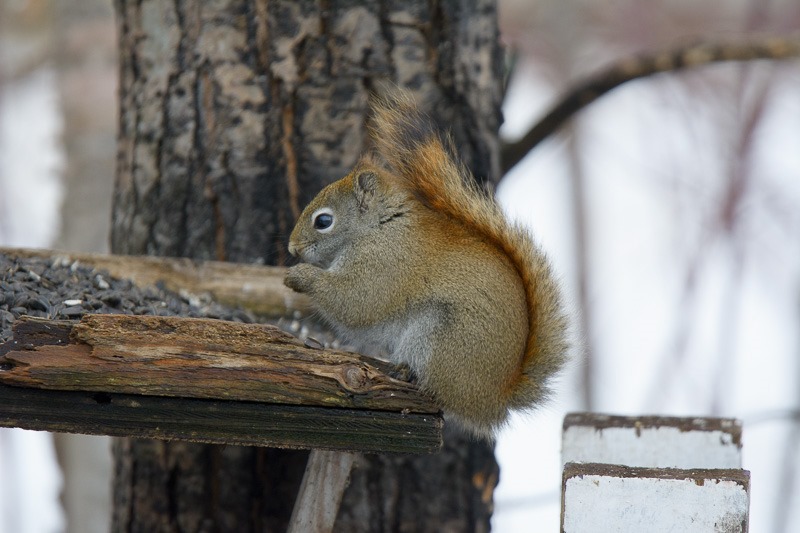 Squirrels are funny to watch, are mostly everywhere and are not bothered by people. Put out some food for birds and they’ll be at the feeder as well. If the birds are lucky they will leave a few seeds behind. Or maybe not. The winter is harsh for everyone out there. Making it better for them is a bit of a balancing act too. 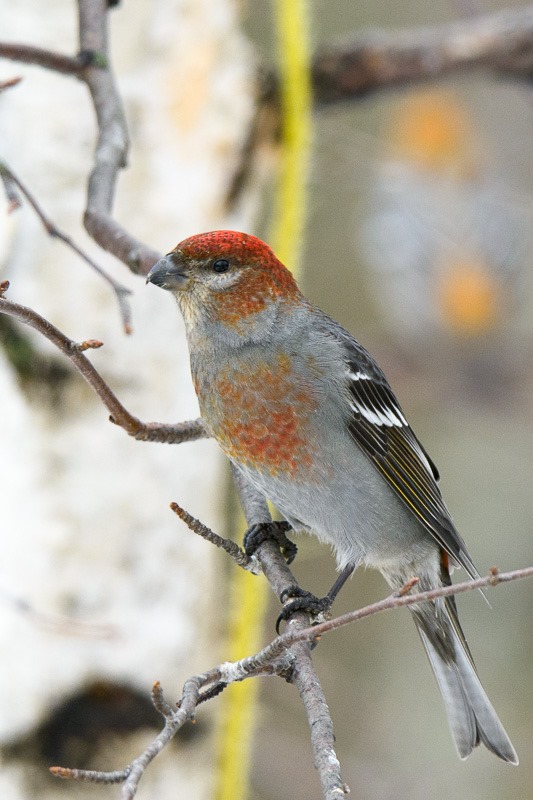 The question becomes: Do I feed them or not? Birds that eat mostly dead fish like Bald Eagles or Osprey will not notice if the fish has been frozen before or not. They are not affected by feeding. Others, like Grosbeaks or Chickadees simply enjoy the seeds you will put out for them. 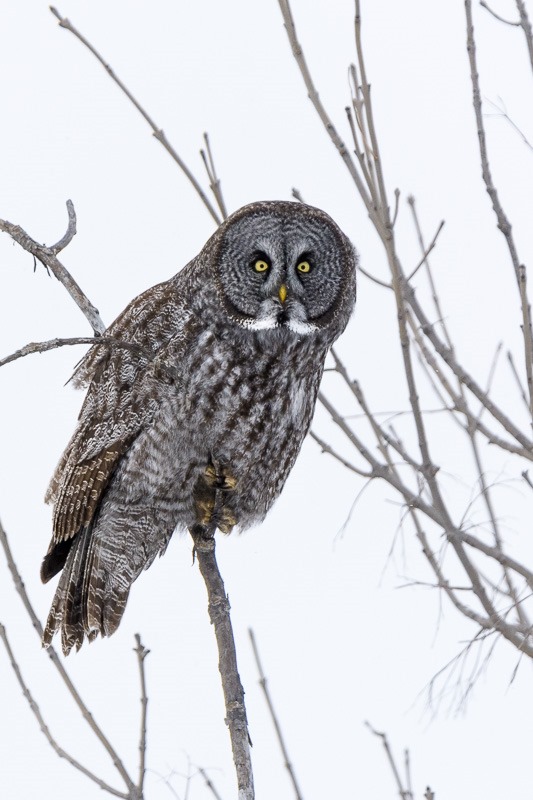 Then you have the birds that hunt for their own food. They like mice, voles and more, anything that can run away before being eaten. That may include even rabbits. These birds are a class apart and will quickly adapt to new situations. Adaptation is the key to their survival. Feeding or baiting those birds would quickly mean death for them. They adapt quickly to free food and “unlearn” how to hunt for food themselves. As a result, they will easily come back to people and their dangers. For this reason, any raptor I photograph is guaranteed natural, without any baiting involved.

As I said, everything is a question of balance. May the beauty of Nature never have the need for balance of ugliness.