Up north by night

Some time ago, I went up north with a friend. The idea was to spend a nice weekend, get some nice shots of some nice wildlife and simply have a good time. What I didn’t get was that “up north” requires at least a few days, not a simple weekend. 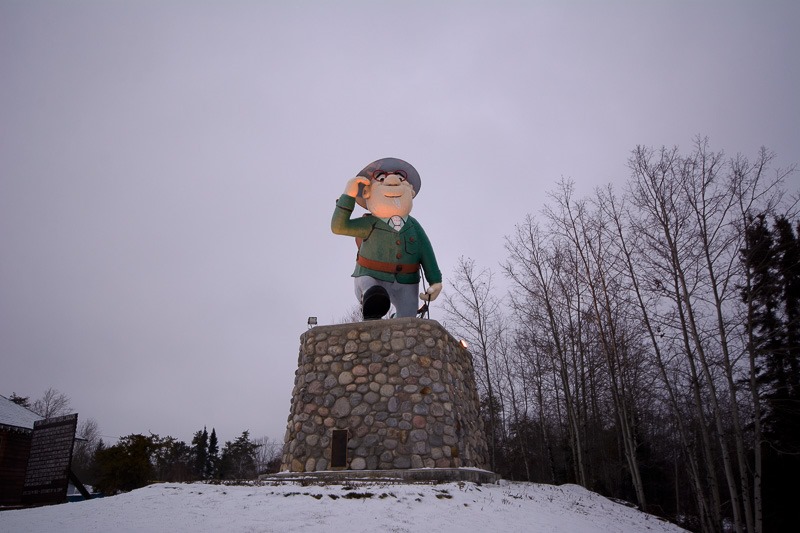 We ended up in an old mining town. By the time we wanted to go and shoot some wildlife, the said wildlife was already either asleep or frozen stiff. So the “wildlife idea” got somewhat changed into “shoot anything you want, we won’t get anything else now”. It turned out to be a good decision.

The temperatures were still a mild –4C, nothing to be scared of. A few shots in town, a bite to eat, some more shots, and the day was done. 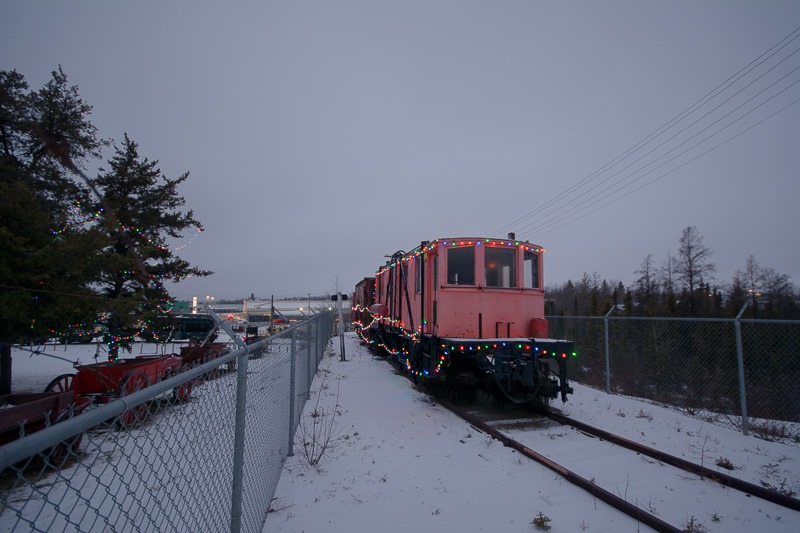 An open air museum of old mining equipment was our next stop. There was still some light but the sky had no intention of giving that light to us, poor photographers. We thought that after this outdoor museum, shooting would be done for the day.

When the night had fallen (we could hear it fall), lights were coming on and the temptation to shoot some more was too great to resist. Who can resist shooting a town from above when everyone is displaying Christmas decorations? After all, up north, the night comes around 3:30pm, who wants to go to bed at that time? Even more, we had decided to sleep in the car instead of finding a motel or hotel. 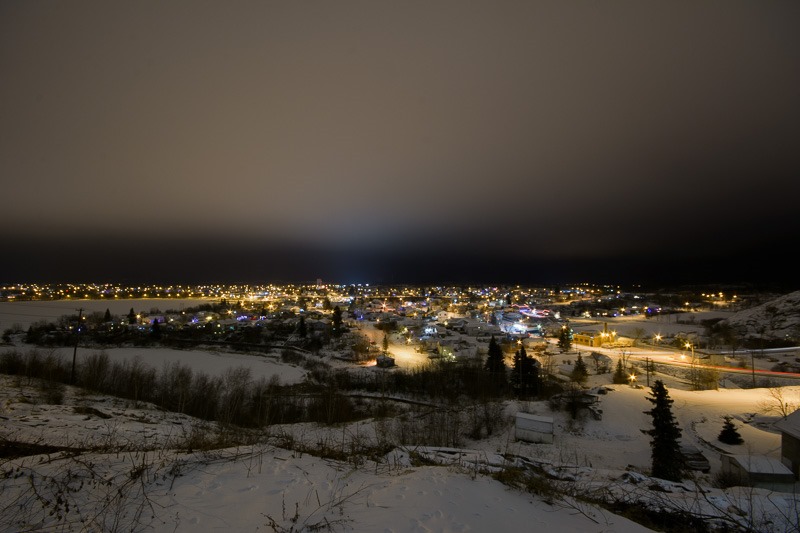 Golden light in the night 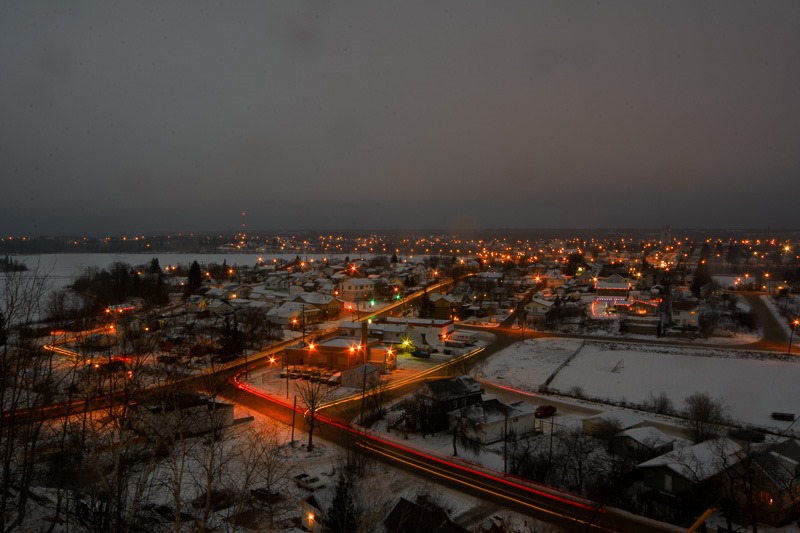 Flin Flon from above

Situated on the border with Saskatchewan, if you’re not careful you find yourself in an illegal situation with your rental car. Rentals are not supposed to leave the province… Several times we had to turn around in order to stay in Manitoba. Better find a place higher up and stay legal. 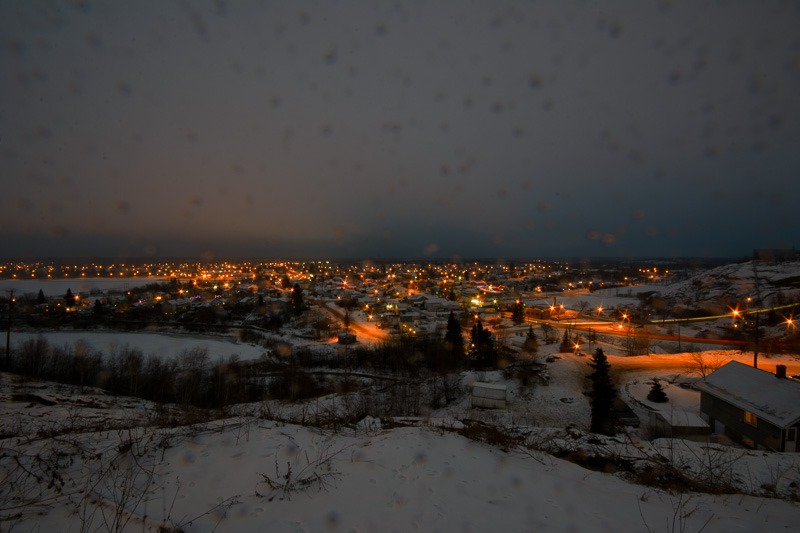 Higher up was a nicer view, but with a nasty twist. Ice pellets were coming down and stuck to the front end of my camera. Without warming up the lens, it turned out pretty difficult to remove the spots. Warming up the lens made it fog up, also not such a good idea.

Despite the ice pellets, we decided to shoot more. For once that we had a chance to get trails from moving traffic. This is the kind of view you can’t get very easily in Winnipeg. A few places may allow it upon request only. Most of the places will look at you with a blank stare… 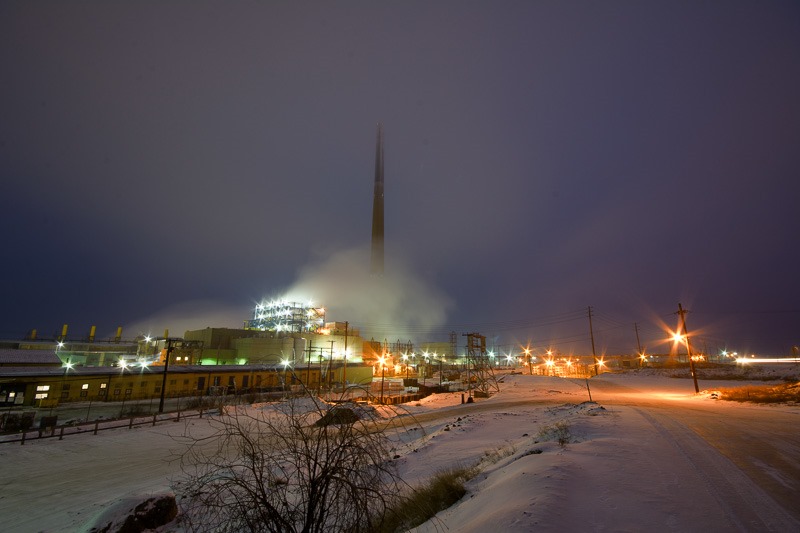 Going to Flin Flon and not looking at the gold mine they have there would be unthinkable. When the smokestack was built by hand, the workers had trouble with vertigo, that was only up to a certain height. Higher, the people and the cars on the ground were no longer recognisable and the vertigo went away. The stack was built without much security for the builders. It was built by hand. The stack belongs to the smelter, it transforms the ore into gold and separates it from the rubble that surrounds it. 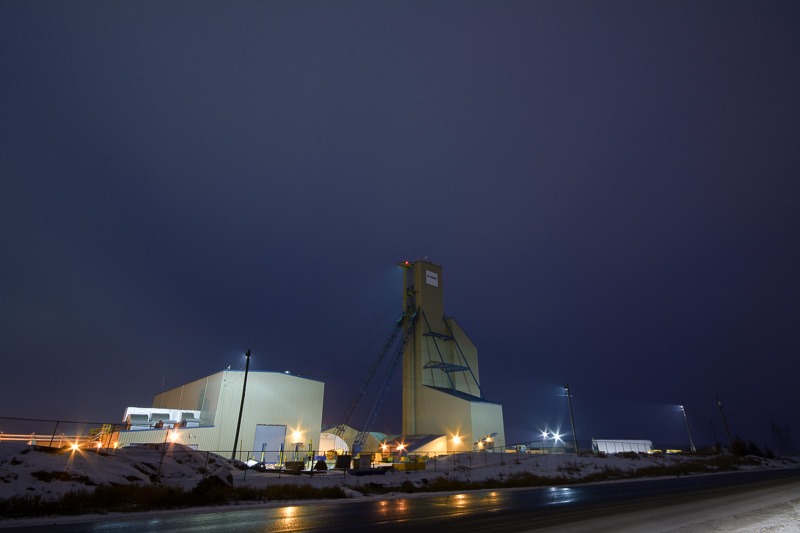 The real mine is less spectacular. The weather by that time had gone from pellets to outright snow storm. A long exposure did get rid of most of the snow, but left me with light cones you would normally not see. The Flin Flon mining operation that also treats nearby other mining production is good for some $ 1.1 Billion per year. As such, this mine really looks unassuming… 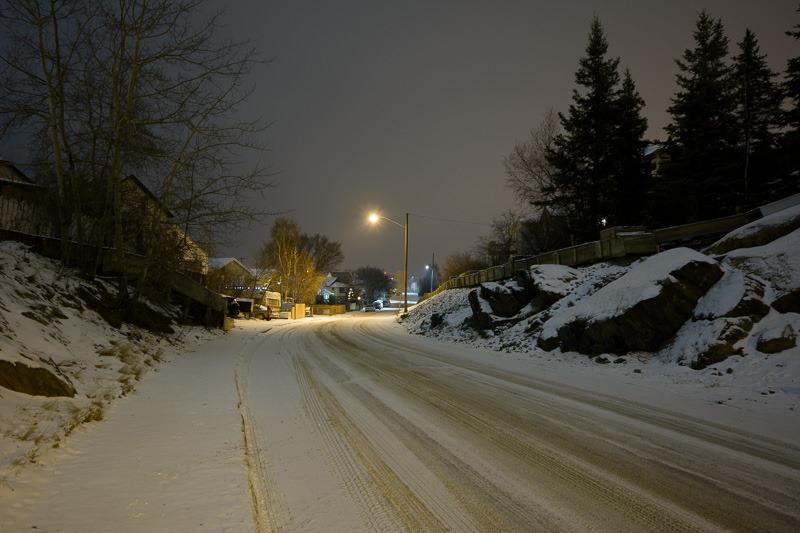 After freezing our cameras and some body parts, we decided to go and have some dinner. No pictures of the dinner, chicken thighs with fries just don’t cut it for me, photography-wise. Once we were warm again and filled with chicken, we were back on the road, looking for some more photographic opportunities. Flin Flon is partly built on hard rock. Hard enough for the sewer lines and water mains to be above ground. The “cases” you see in the above picture contain the sewer and other utilities. All above ground.

Then the snow started to come down really hard. We found a place to camp overnight and went to sleep. No pics of that either.

A weekend to remember for a long time. Not much wildlife that day, but definitely some photo-ops. I had no idea, though, that night would fall around 3:30pm. I think I would have to get used to that if I lived up there. I start to understand back bears now… Hibernate, Hibernate, Hibernate…