It’s the time of the year again. The darkness is upon us, hope and laughter is served on every corner of the streets. Carols are floating through the air and lights are lit up all around us. As a photographer, it’s those lights you want. 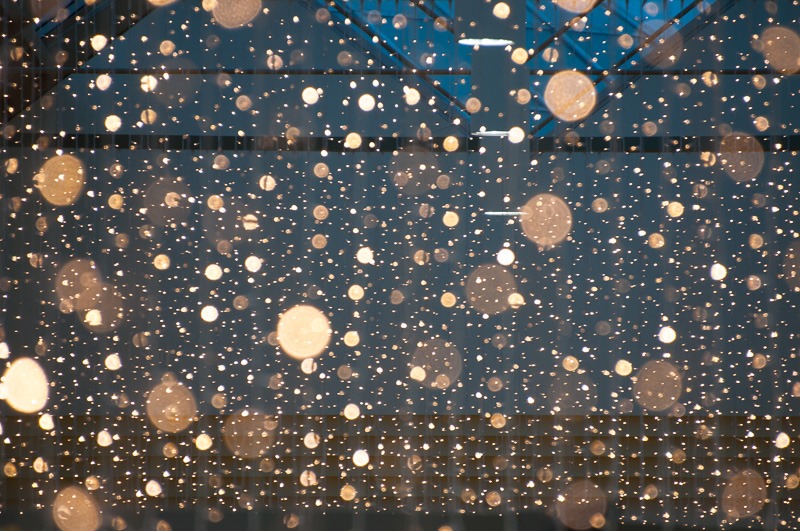 The effort put in to creating a spectacular light show is sometimes enormous. Sometimes… not so (“Ditto”, anyone?). Most of the decorations are quite modest, but some stand out. Over the years I have shot many of them, some years a bit less.

Here is a collection of my lights of the season. The lead picture was take on a shopping afternoon in Polo Park. While shopping, inspiration is at its very lowest for me. But when I saw the layers of light curtains while walking in the mall, I couldn’t help but imagining this with all of the lights out of focus. Let’s call that bokeh, but usually that term is reserved for background lights, not for the main subject. 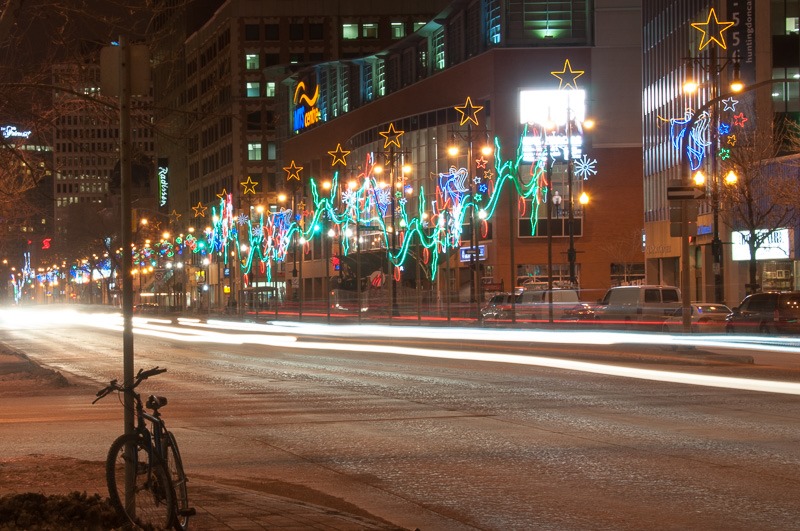 Then came the time to wander around in the city for a bit. Just to see what other lights would stand out. 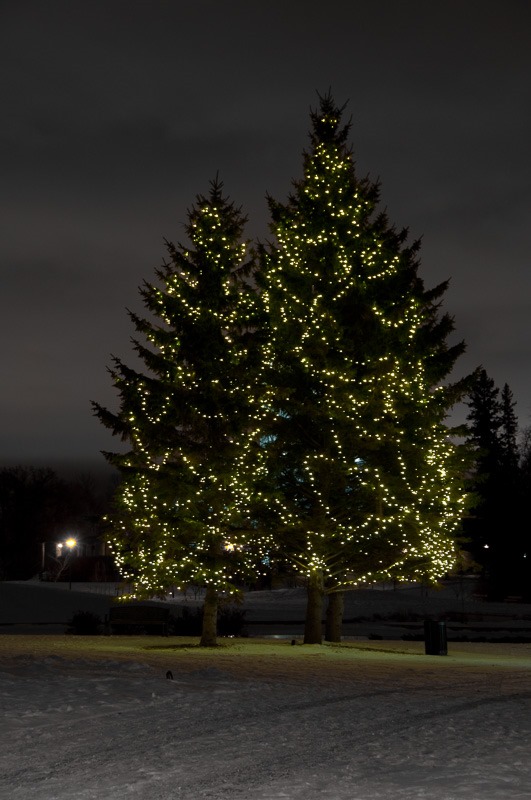 People will decorate anything for Christmas. Fir trees in a park will surely do the trick. Trees in a private yard will also do. But as the shot progressed, I saw the camera dip lower and lower. I guess I should have fastened the tripod head a little better. 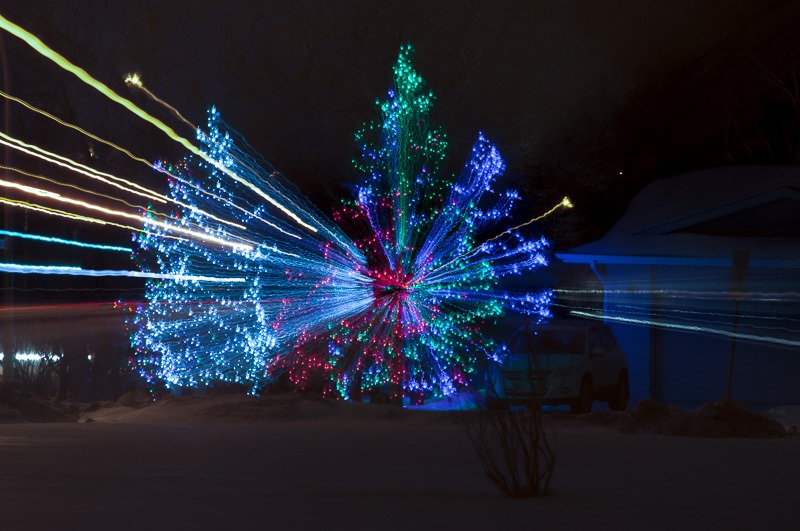 Then I had an idea. Instead of letting the camera dip, why not turn the zoom ring of the lens during the exposure? The result is a burst of light, coming from the heart of the Christmas tree. Kind of suited the idea of Christmas. 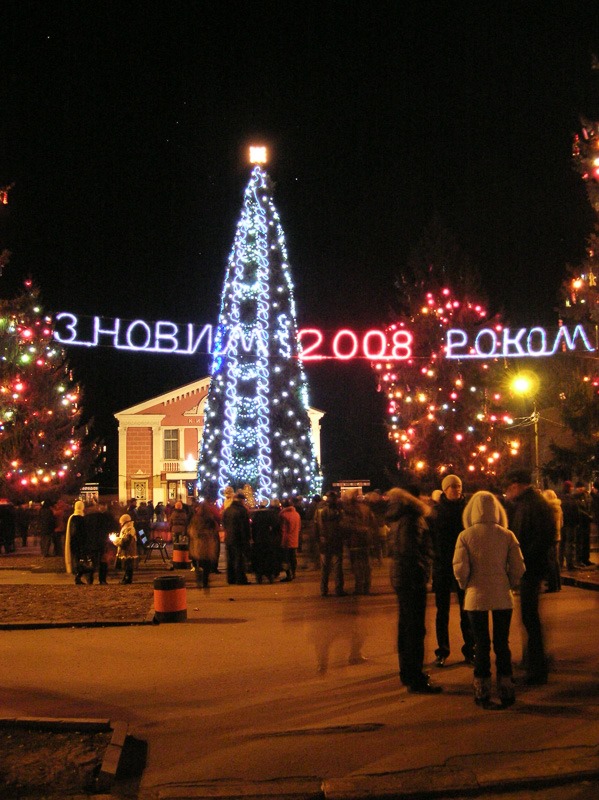 Lights for the end of the year are not typical for Canada or even North America. Ukraine starts the end of the year with wishing a Happy New Year. Obviously this picture was from 2007, when I was still living in Ukraine. The remarkable part for this picture is that it was hand held. A little later the festivities at the house would start and handholding a camera was no longer, ehm, recommended. 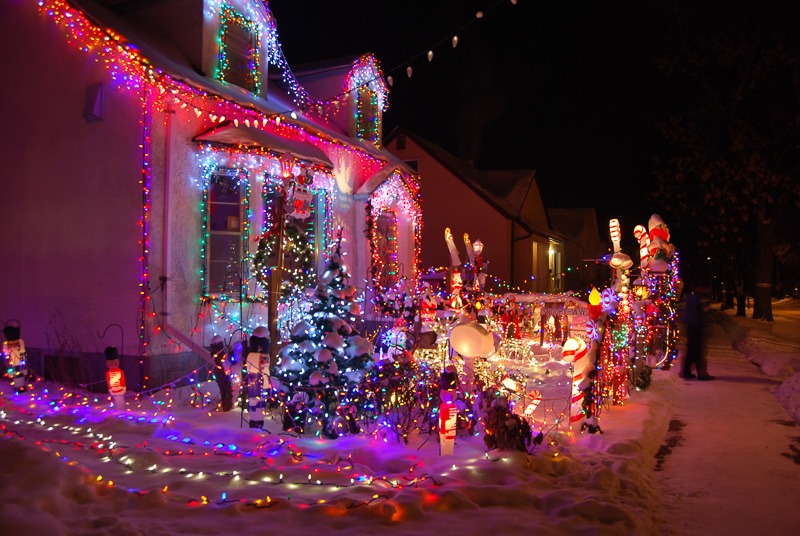 Later, back in Winnipeg, the lights I found were more and more interesting. The above house was an empty house. Apparently the owner only used it for Halloween and Christmas decorations. By now, in 2016, the house has been sold and no more outrageous decorations are present. Pity, it was always nice to see. 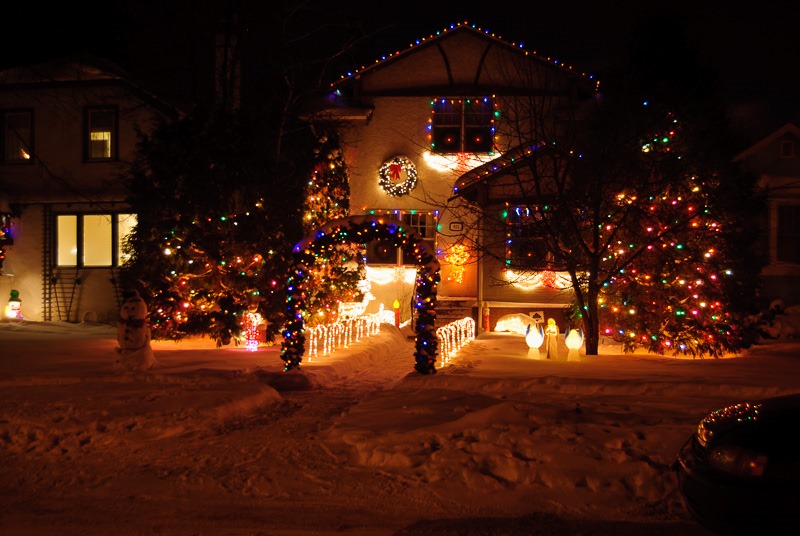 Smaller houses and smaller decorations came into view. A few blocks down from the picture above, this house was nicely decorated. I remember not having a car to move around, so most of the pictures during the cold were taken not too far from my house. 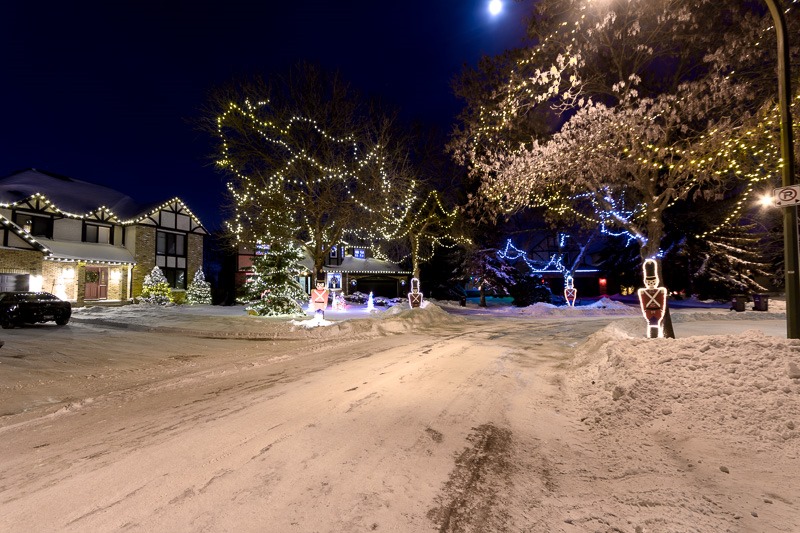 Today, however, I do have transport and use it extensively. This picture was taken on the other end of the city in the Lindenwoods area. I filtered out a little of the overwhelming sodium orange glow to show the lights a little better. 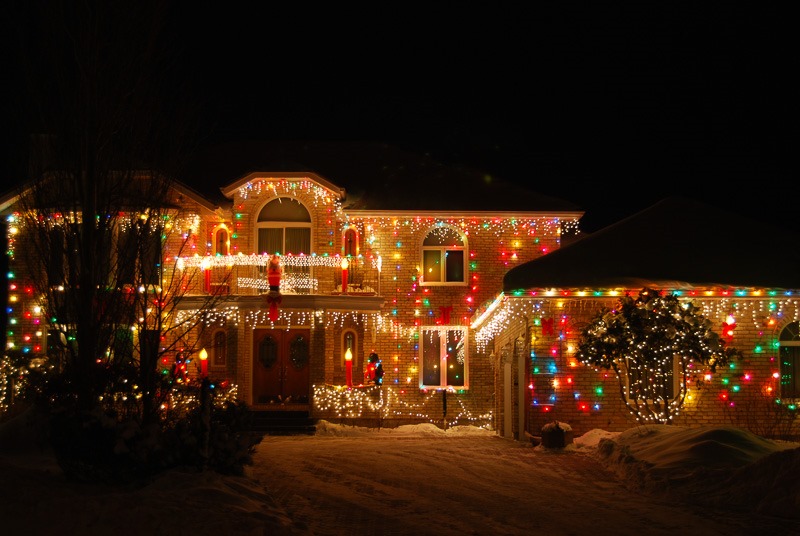 Bigger and brighter and more lights were around the corner though. In some neighbourhoods it seems like every year is a competition to get more lights and decorations out. As a result, a line-up of cars with lots of people tour through the tiny streets, trying to get a glimpse of all the decorations. I bet that during the rest of the year they don’t see as many cars in their streets. 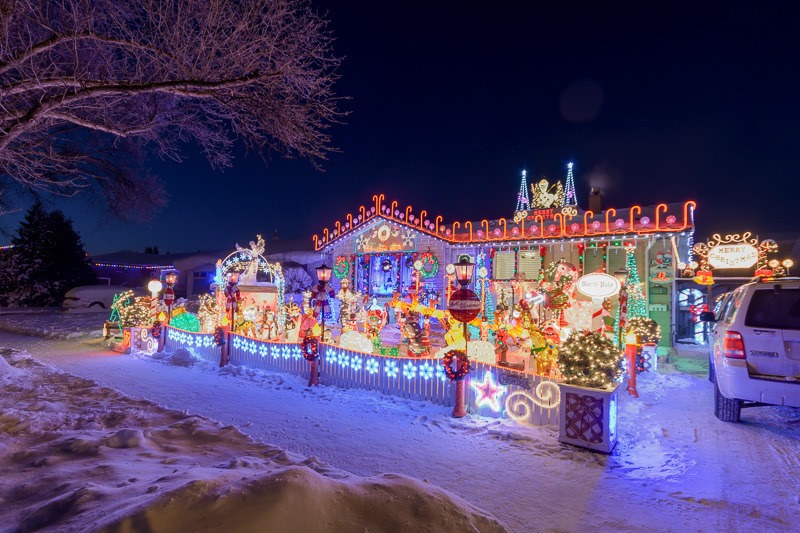 Closer to home, the lights were also very bright. This house was brightly lit with all kinds of decorations. There were so many details that shooting them all made me feel kind of an intruder. I’d have to shoot that yard for at least an hour. Seeing someone shooting my yard for an hour on end would make me feel uncomfortable too. So only a few shots instead of a lot. 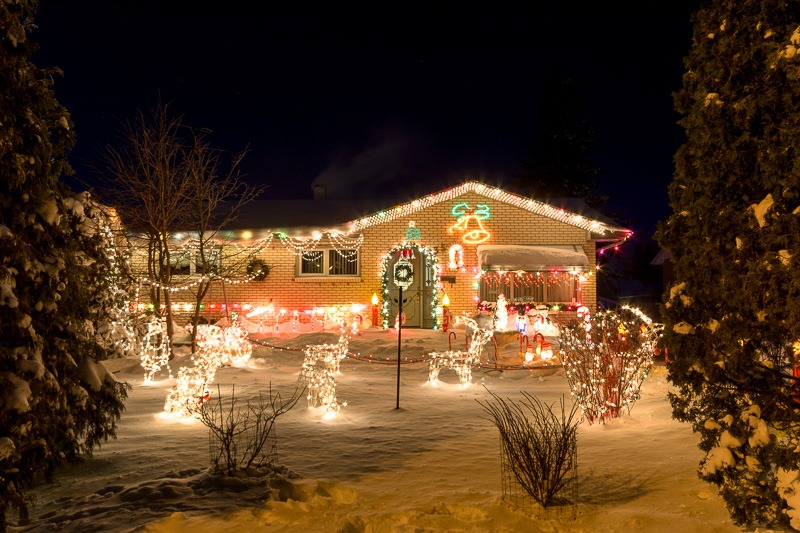 Tucked away in a tiny street in Transcona we found this little gem. When we approached the house, someone inside decided to turn up the lights a little more, giving us the full opportunity to shoot them.

Lights in the season of the end of the year is always a favourite of mine. You can shoot them every year and come up with something different. Always with the hope that next year will be even better.