Beauty can be found everywhere, that’s what any photographer will tell you. At least if he or she has an “eye” for things that stand out. Most of us rush over highways, without ever seeing a different bird than crows flying over the road. And we call them “bird” not Crow or Raven. It flies, so it’s a bird. End of story. 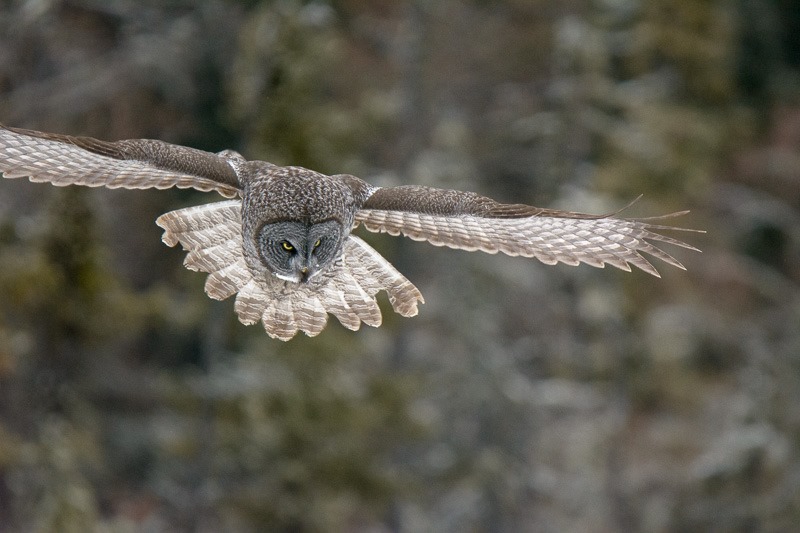 Those who have an eye for something more will discover that those highway birds are not all the same. They will discover that crows and ravens are not the same, and that some ravens have a white head and a white tail. Wait, that’s no raven anymore, but more likely a Bald Eagle. Once they get into that game, the possibilities become endless. A few weeks ago I left with a friend on a road trip. Meandering the highways and back roads of Manitoba.

Going back and forth over tiny back roads, we may had clocked about 1500km over the weekend. During that time we had the pleasure of observing countless owls and other birds. Our main goal was the Great Grey Owl as it is the Provincial bird of Manitoba. Great Grey Owls don’t like to be seen. Well, neither would I if my meal depended on not being seen or heard. Humans usually have no bad intentions towards owls, even more if they photograph them. However, for getting a decent picture, they often need to get closer to the bird than is good for the bird. 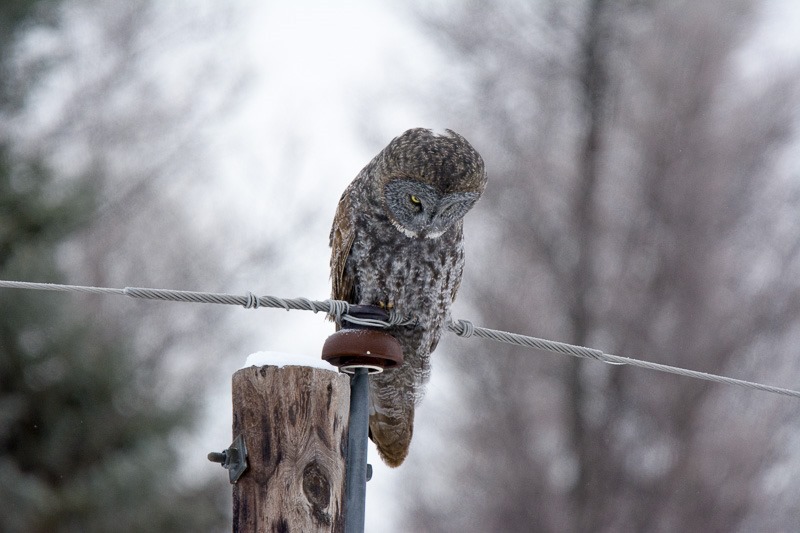 And they don’t even know it. Others think that because they can’t afford a decent long lens (a Tamron 150-600 does a pretty good job, so does a Sigma or even a Nikon 200-500mm all for a decent price…) they can go and cheat the bird into getting it closer to them. That way it’s the bird’s choice, right?

Bringing food to a bird (baiting) has a number of unwanted and overlooked effects on a bird. For one, it will get used to people, or at least to cars. Unaware of the fact that cars kill birds. Not by themselves of course, even if Mr. Stephen King wants to make us believe otherwise. No, owls that get used to cars will get close to them, moving or not. If the cars are moving, it may be the end of the bird. Not your fault, eh? For me, yes it is your fault, getting the bird accustomed to cars and making them think that cars bring food. 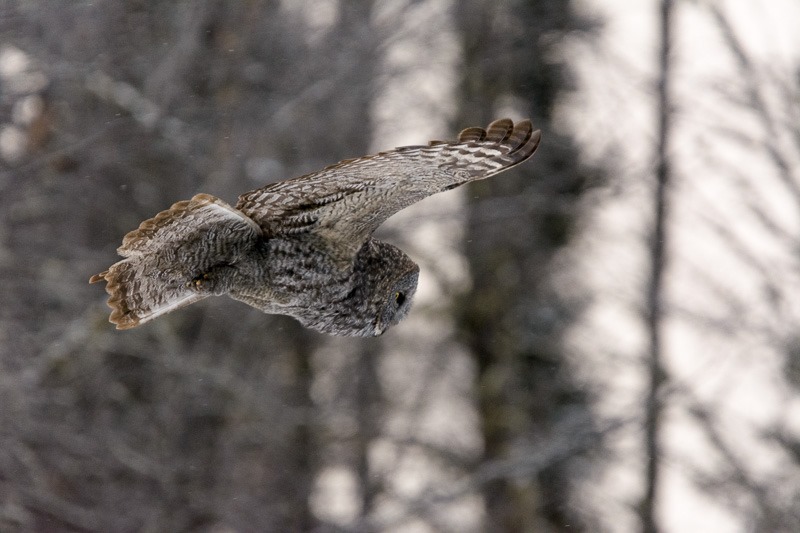 On to the next perch

Food is the only thing they’re interested in, so that makes them an easy target. If you are hungry and hunt for survival, you don’t like anyone to scare away your prey, right? Well, I’m not a hunter, not in that sense. My meat comes from the supermarket, so does most of the rest of my food. So I have no clue what it feels like to be cheated out of my meal by someone or something that comes too close. Even if once I had someone snatch the last package of meat from under my nose. 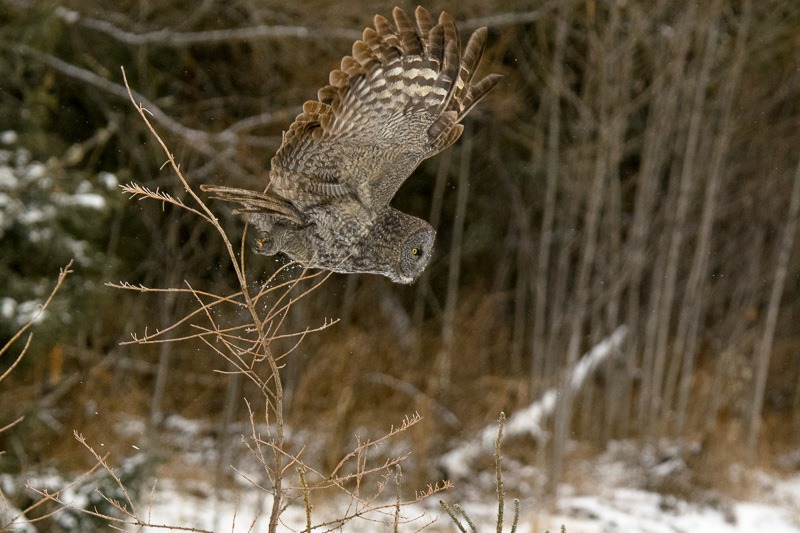 Takeoff for a successful kill

But let’s not dwell on what birds may “think” as much of their thoughts would look like “…………..”. That’s right, silence. No human recognisable pulses in there. Let’s look at how an owl stomach works. The stomach is mostly dry, it has no acid to break down any bones or other indigestible elements. For that, owls expel pellets through their mouth. Some photographers even had the chance to observe that. The impulse to expel a pellet comes together with the sight of food. 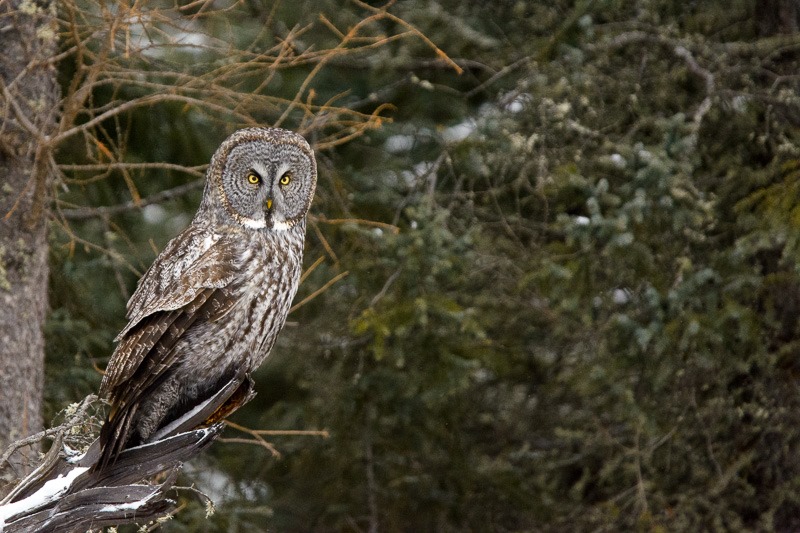 Is that another owl over there?

In other words, the stomach wants to “make place” for the new food. Imagine that that new “food” consists of a plastic mouse on the end of a fishing line. Now the stomach is empty and the bird will be uncomfortable until it finds new prey. Baiting it over and over with that fake mouse will stress it out to the max, sometimes causing over-exhaustion and death of the bird. Don’t forget that the bird needs energy to hunt, and hunts to get that energy. Rupture that cycle with a fake mouse and the bird is in danger. 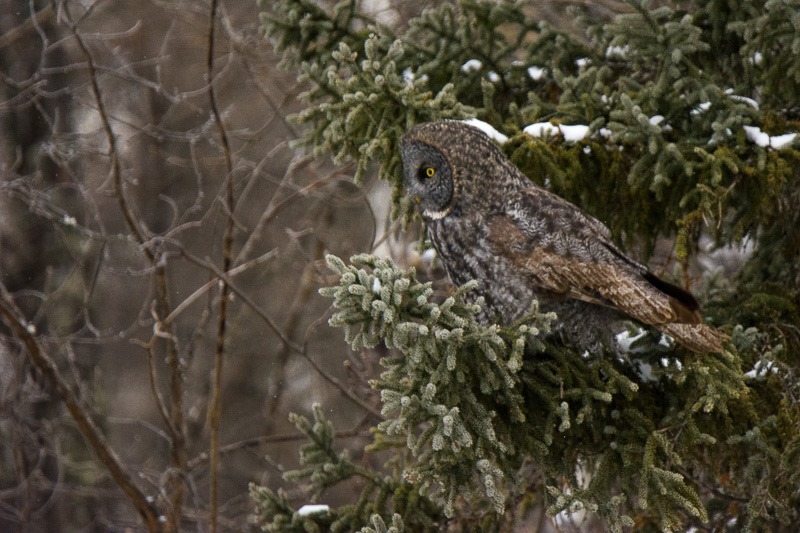 Perhaps not every time, but too often the bird will either stay away from people, or will stop hunting for food as it understands it will never get it. That’s not a thought I’d like to have on my conscience for Christmas time. Or any other time for that matter. 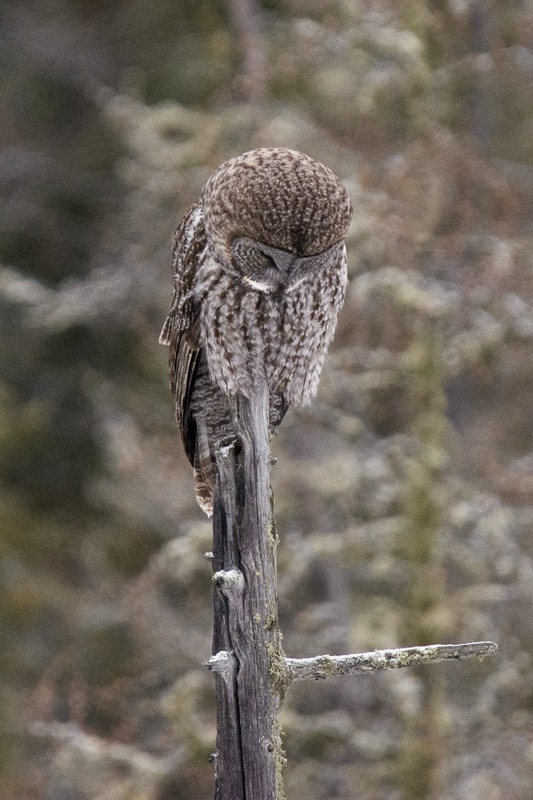 The pictures you see here have been taking on the back roads of Manitoba, many roads have owls, people just don’t see them because they’re driving too fast. Recognising Owl habitat is another asset for the better photographer. 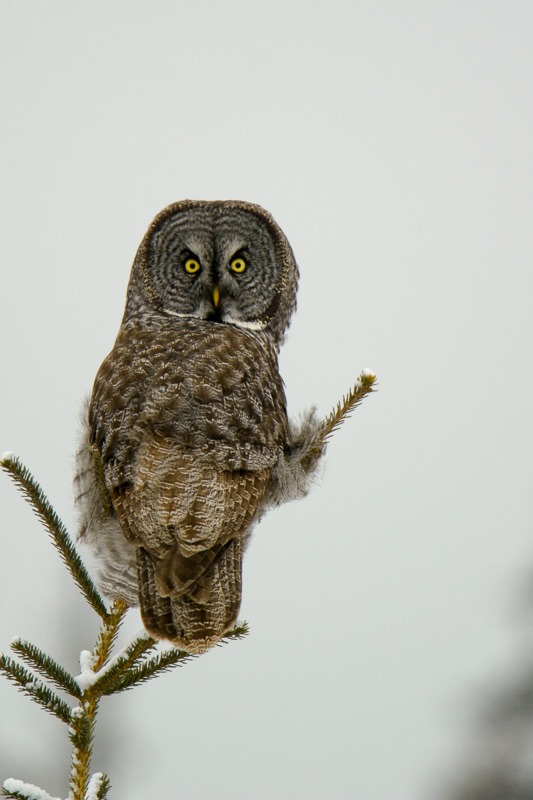 Now how about getting close to the bird yourself? Sure you can. Most of the owls will take off the second you get out of your car to reveal your human silhouette. Walking up to them is useless. Sometimes a photographer gets lucky and is allowed by the bird to approach (notice the grammatical nuance here?). That is still not a reason to whip out your iPhone and try to get a shot to share it on Social Media the minute you got it, I have seen that happen. Staying away for at least a hundred feet (that’s 30 meters) is a fairly safe distance for the bird. Should it fly away, then that is because it chose to fly anyway. 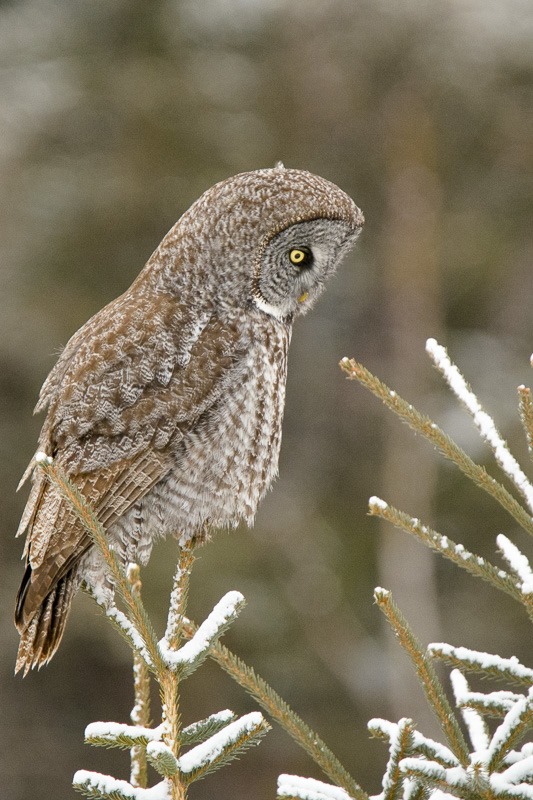 Getting any closer to shoot the nostril holes will stress out the bird and make it fly. If that happens, just let it go, no need to stalk it and make it fly up again. Humans can keep up with that “game” but birds don’t have that much patience. After all, they’re hunting for food, not sitting there for us to take pictures of them. 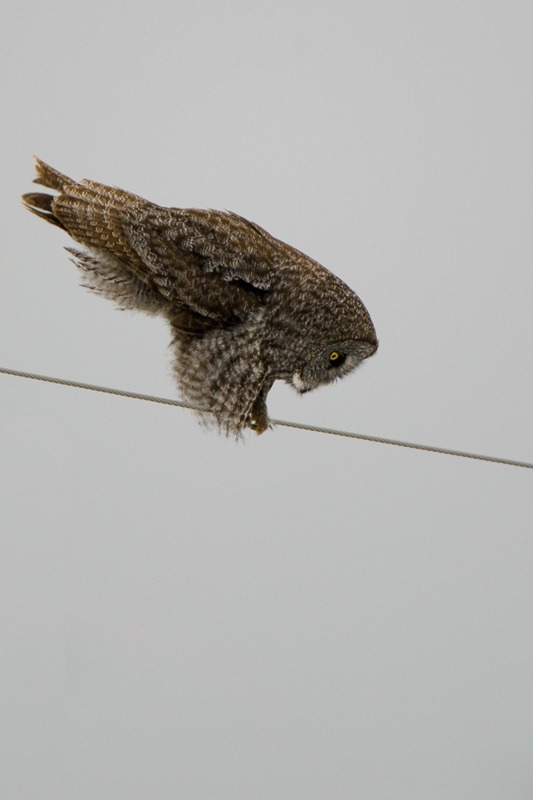 About to take off

So what about the pictures here? Well, the animals were not baited, pictures were taken  from a safe distance and with a long lens. Shooting conditions were miserable, as cloud cover made sure to dim the light to a point where I needed to bump my ISO to values I wasn’t happy with. I could have crept closer to them, I could have thrown out a mouse from the car to get the birds closer.

No, I won’t go there. The beauty I captured is pure, natural and unbaited. The birds have not lost a single feather or prey or meal because of me.

That’s how I like it. Happy birds and lots of good shots. As well as fair number of duds. But the birds have not altered their behaviour because of me.

And that allows me to sleep and think of a pleasant Christmas ahead.