When I lived in Ukraine, everyone had a fur coat. At least the women had. Coming from Europe, that seemed odd to me, as the anti-fur activists had pretty much destroyed that part of the economy. In Canada, I see that only some people have fur coats, but most people “prefer” the industrial, plastic versions. 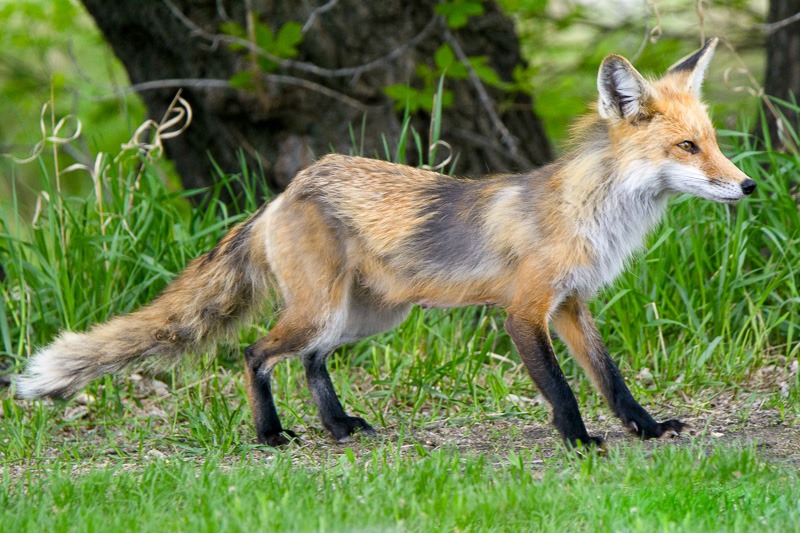 No, I admire the real fur coats. Even more if they are worn by the original owners. Sometimes that coat might be a bit scraggy, but usually when winter comes, the coat is in perfect state.

When I got the above Foxy Lady, I wasn’t thinking about getting more of that. I continued shooting birds and landscapes. But after a while I started thinking that fur might be a good addition to my collection of pictures. And then dismissed the idea again, birds were easier to get anyway. 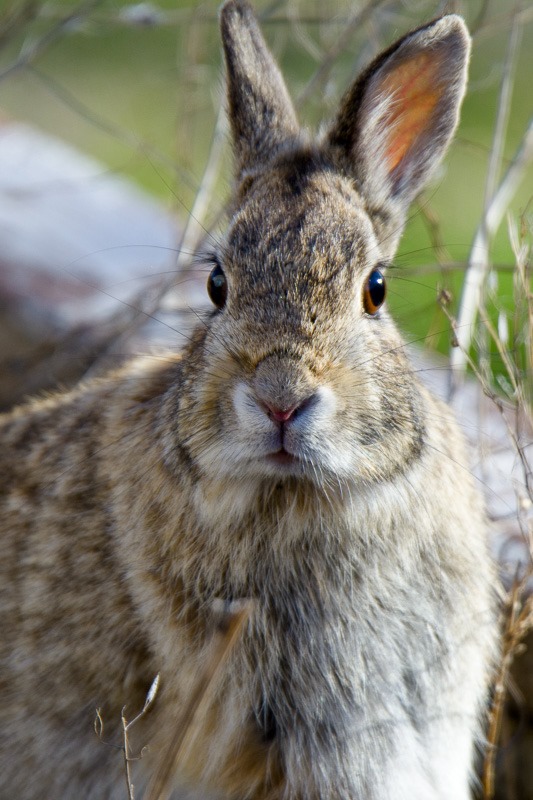 Not overly happy to see me

Then I came across this little rabbit in my neighbour’s yard. I think he was better off munching on his carrots than on the ones in my yard, so I decided not to disturb the little fella. I shot him instead. 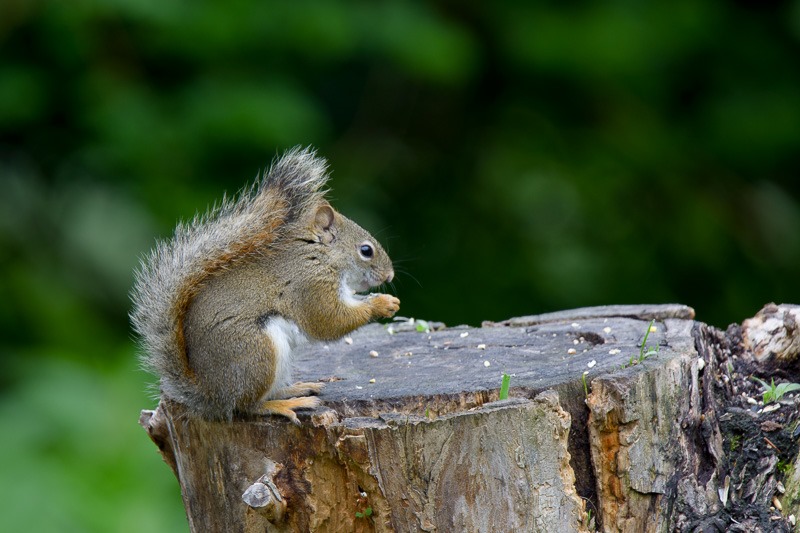 Munching on other animals’ food

Usually the only fur I could shoot was from this little squirrel and his siblings, cousins, uncles and other relatives all over the city. Munching on some food destined for birds that didn’t want to show themselves that morning, he didn’t seem to be disturbed by my presence. 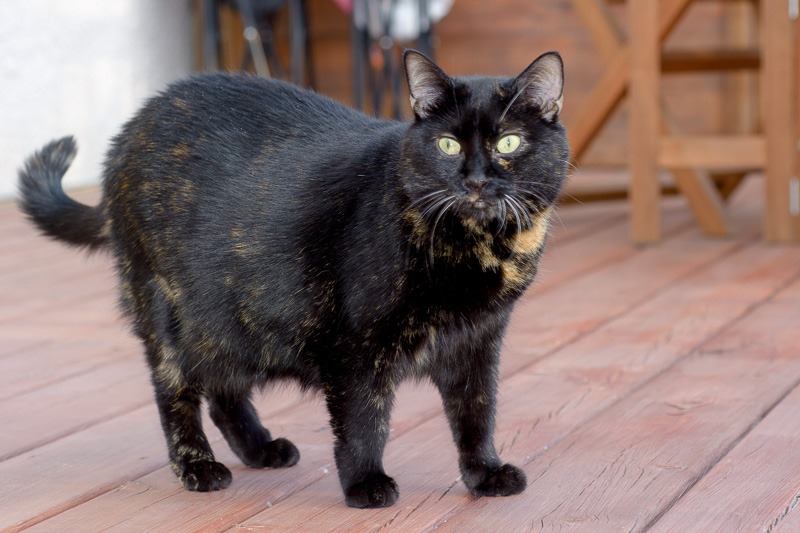 I tried with my cat, to see if fast moving animals would pose a problem for my lens, camera and me.

Mia, my cat, didn’t want to move, suddenly. she seemed to be interested in some insect or other just behind me. Later she came home with some monster of a dragonfly. The dragon was able to fly away after I got it from her as a gift. Funny how cats always deposit everything they catch either in front of the door or in your shoes… 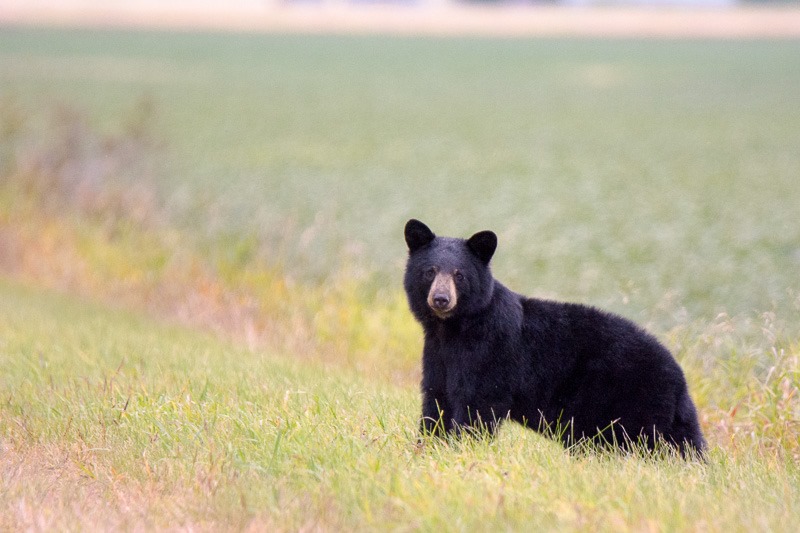 This probably two year-old bear came out of a field of beans when a friend and I were driving over a small path between fields and woods. It decided to check us out, from a distance, and it allowed us to take a lot of pictures. Nice of the little bear, but once at home, most of the pictures looked the same. Obviously the bear didn’t do a little dance for us to make things more interesting.

After this event, we decided it was time to get a little more serious with the bears and make sure they knew us. 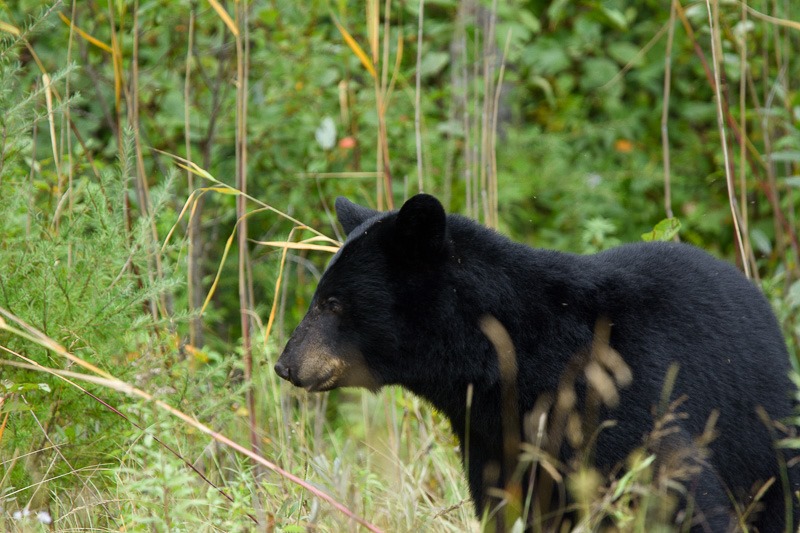 Checking out the surroundings

After some preparation, the bears did come out of the woods and showed themselves quite peacefully. They didn’t mind our presence, as long as we stayed far enough away. Another day we went to visit them, they were not in the mood for socialising and stayed out of sight for more than 4 hours while we were there. Once we left, within ten minutes, all the family was there to celebrate our departure. 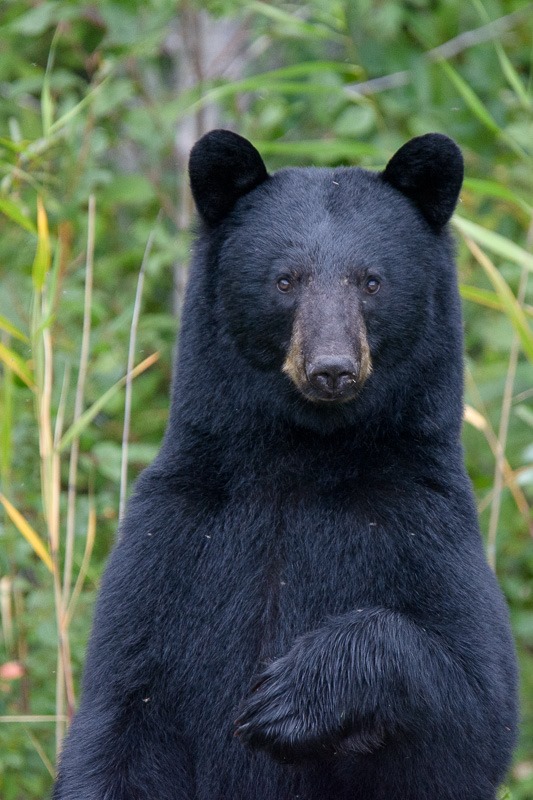 The last of the bears I shot was the above one. A seemingly friendly mother bear but without the offspring. Some people have suggested that she was doing the pledge of allegiance, but I guess you have to be American to have that kind of thoughts about a pure Canadian bear.

Finally my quest for fur was complete. No animals were harmed or even robbed of their fur for this post. All animals will be back next year to present an even more eventful tale of their adventures in the forest. I will even be available to some photographers for photo sessions with these magnificent creatures.