When the skies decide to wreak some havoc down below, you’d better be prepared. But prepared for what? Some people go and hide in their basement, which may be a very good idea if Mother Nature throws a fit. Others, like me, will grab their camera and try to stay safe and dry, outside of the danger zone and shoot. Shoot as much as they can of the mighty clouds and winds. 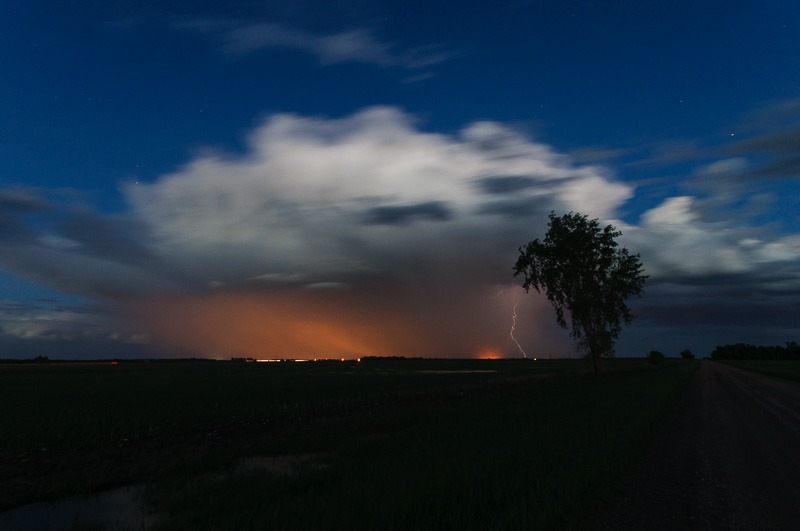 Storms by night are the easier ones to photograph in case it is a thunderstorm. Lightning will stand out against the dark sky no matter what. Doing it during lighter hours or daytime is a lot trickier.

Storms by day are easier to spot and to avoid

. So what will be your choice if a storm shows up? I’m not talking about the forecast that tries to scare everyone with inches of rain, hailstorms with football sized hail stones and the likes. I know my choice. 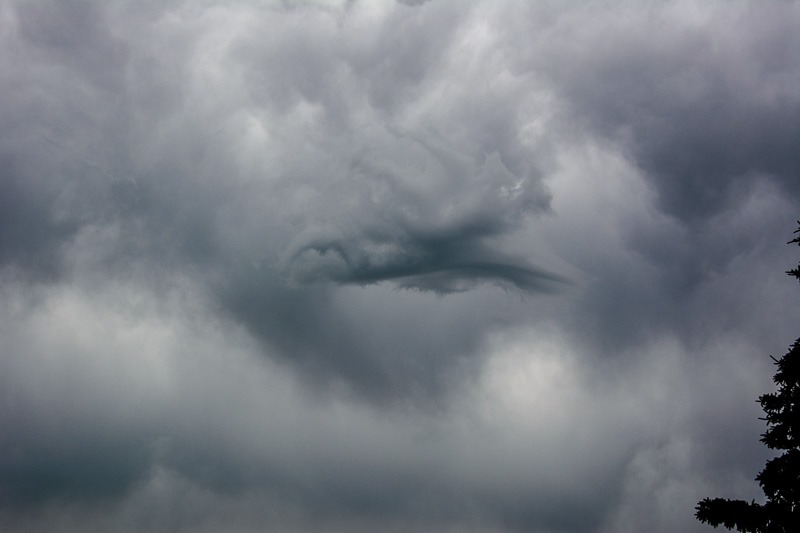 The first signs of a storm are the clouds that gather overhead. Most of the time they are “normal” clouds, but sometimes they have a lot of character. They start to look angry and menacing. Suddenly there is a lot of structure in those clouds. That is usually the time where I start to check the radar on the internet or on my phone, to see what is overhead exactly. If the colors on my app show orange or red, it’s time to pack the gear and head out in the car.

Last time I did that, I was greeted by this monstrous looking cloud formation. Little did I know that this storm would be overhead within an hour. Streetlight switched on as if it were nightfall, but it was only 8pm. With a friend we started shooting the could formations in a pretty regular manner.

From those pictures, none were really awe inspiring, but there were enough of them to create a time-lapse sequence to show what the storm was doing. Click on the video above to see an accelerated presentation of the clouds before we decided to get some shelter. 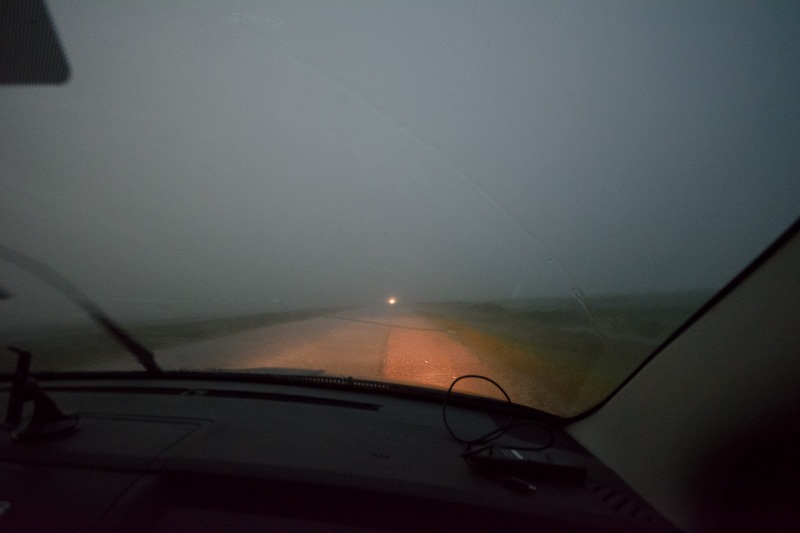 But shelter was nowhere to be seen. Outrunning the storm like in the famous movie “Twister” was impossible. So we ended up waiting by the side of the road, rocked by the gusts of wind of 120km/hr and more. Light was down to a minimum, the clouds overhead were way too much to let some light through. The few cars that were still going needed their high beams to see something. They were moving at 20km/hr. 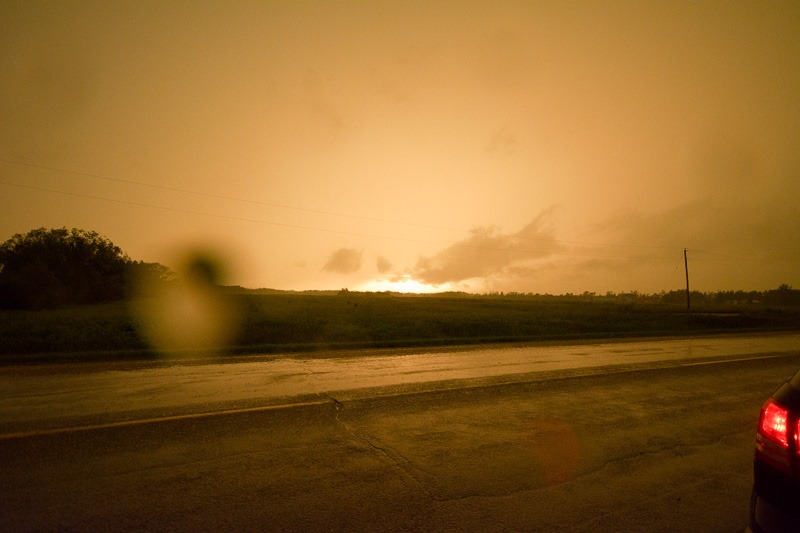 The sun is back

After a while, it seemed like hours, the storm let up. A little bit of light came back, soon followed by a bright “sunrise” in the west. I got out of the car, got soaked, but also got this one picture of the light coming back to the world. This is the classical position for people who take sunset pictures. I have learned long ago that more interesting pictures are then behind your back. 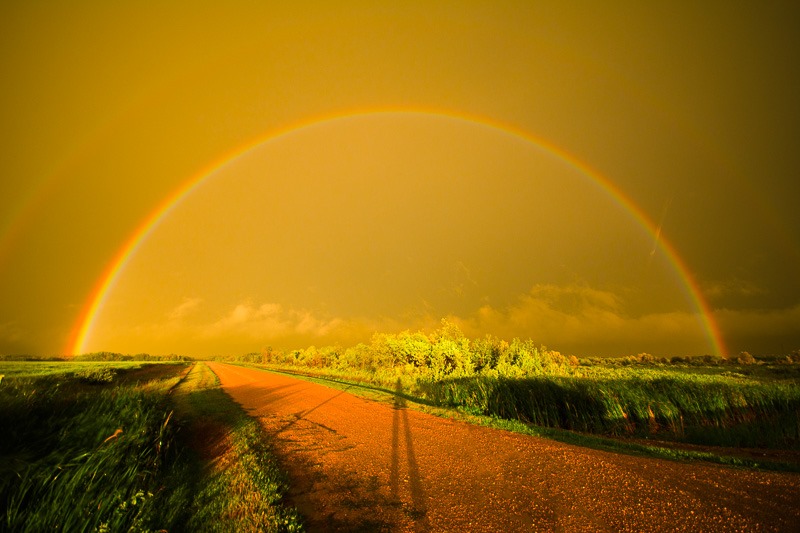 We decided to chase the storm for a bit, but the conditions were not that good. It seemed like the storm was completely spent over our heads and had nothing more to offer. 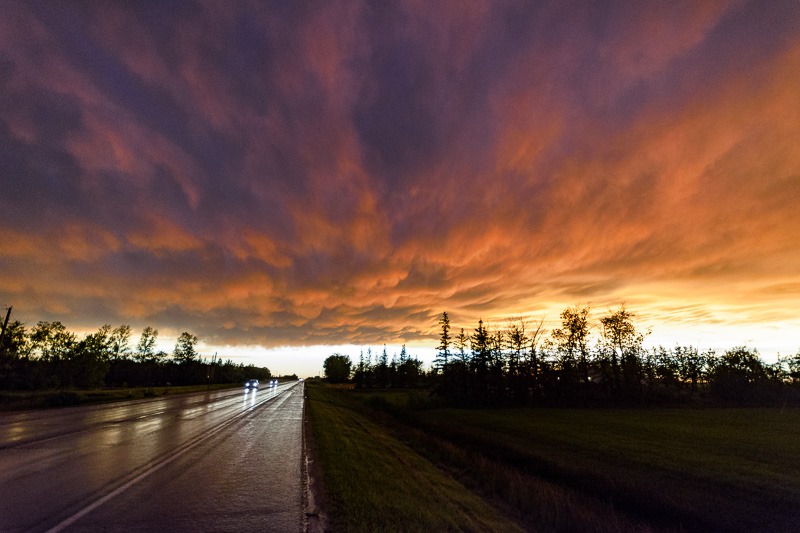 Trailing behind many heavy storms or tornadoes, one can often find cloud formations that look like balls of cloud. Usually clouds are flat at the bottom, but these clouds called Mammatus clouds are like footballs in the sky. While these were already a little wiped out by the wind, the colour of the setting sun made them quite unique. 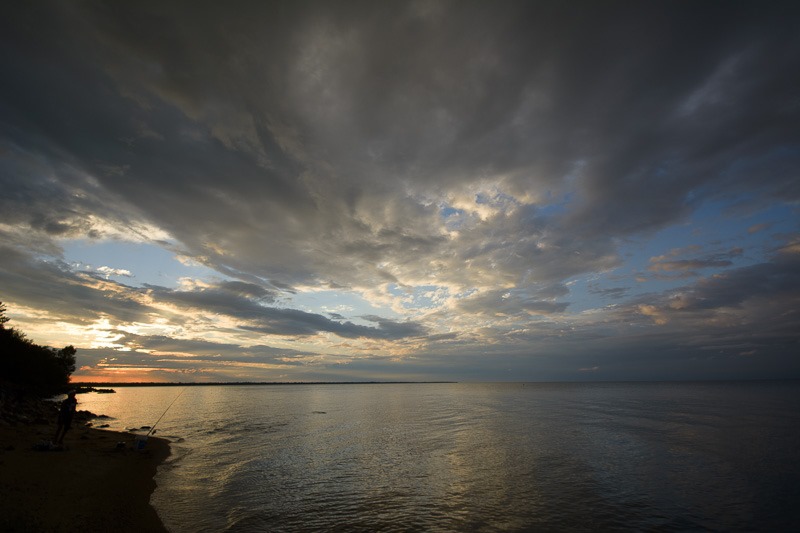 A few days later, I went to Lake Winnipeg, just to catch a sunset. Stormy behind my back, the sunset was full of colour and texture. Ideal for a picture. The fishermen in the foreground made for a nice human element in this one. 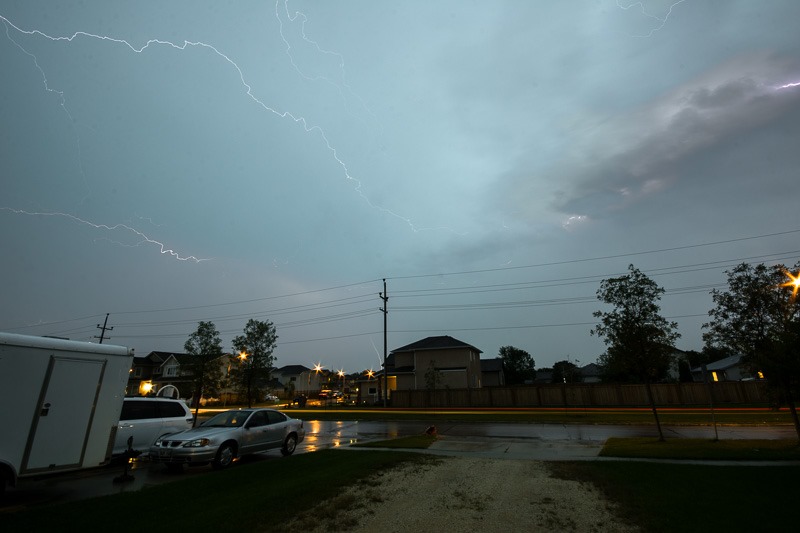 But these were not the only storms of the season. Once at home, the next few days were pretty quiet, but storms were abrewing. One night, under the cover of my garage door, I was enjoying this lightning show. I got rid of the orange glow of the city lights by adjusting the white balance of the picture. The lightning and cloud texture then showed way more. This was called a light t-storm in the forecast. Not one with heavy lightning, it seems. 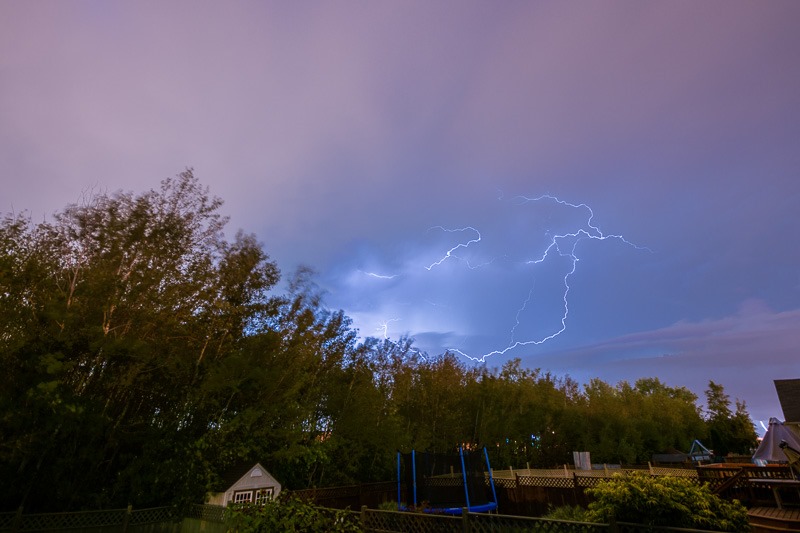 A few nights later, the t-storms were knocking in the sky again. This time I shot it from my deck. After getting this shot I was hoping that some less feature-full foreground could give better pictures. With my wife we left for a “better place”. All to find that the lightning, although heavy, was confined in the clouds and no strikes were visible. I deleted that  series of pictures.

Summer storms and extreme weather in general is one of my favourite subjects to shoot. The wish to stay safe makes me miss many of the shots I’d like to have. I guess I’m too careful, or too chicken.

Either way, Prairie storms, or City storms remain a great subject for photography.