Little did I know about a feature in Lightroom that could change a certain number of my pictures dramatically. For a while now, I have had this post on the shelves in my office, waiting to be published. Somehow it didn’t make the cut, even if the evening out in the desert was a great one. 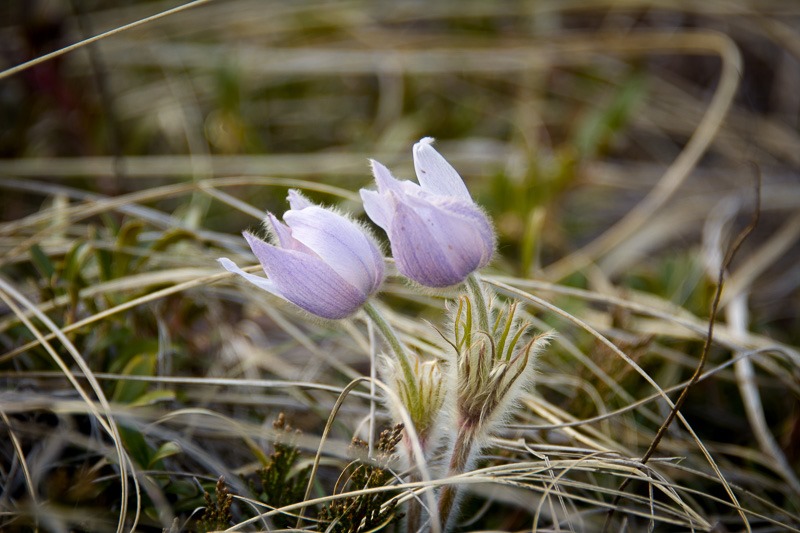 No, the reason for not publishing it was that the pictures I had were not publish-worthy. They were lacking something that made me think “YES!”. Usually when I blog, the pictures accompanying the post have a story to tell on their own or accompany the story itself.

These pictures however, didn’t do this for me. The evening with MFF photographers was great, the weather was not too bad, even if the spectacular moonrise promised never materialized. The light had been nice, but that was all. As you may know, on my blog I do not manipulate images without saying so. Honesty still goes a long way. 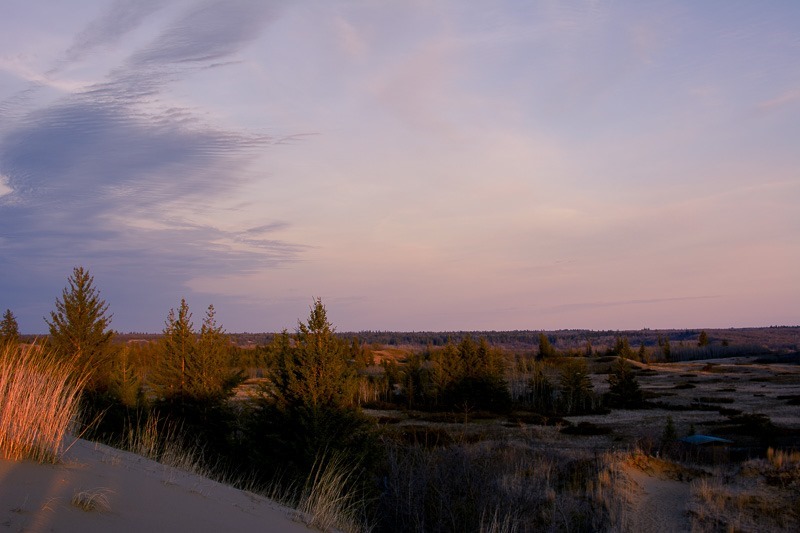 Promise of a moonrise not kept

So when I came home later that night, I wanted to import my images into Lightroom and see what I had got. To my annoyed surprise, most of the images were pretty flat. Not because of my camera profile (which I usually set to Camera Neutral) but even with the most vivid settings the pictures didn’t seem to come alive. 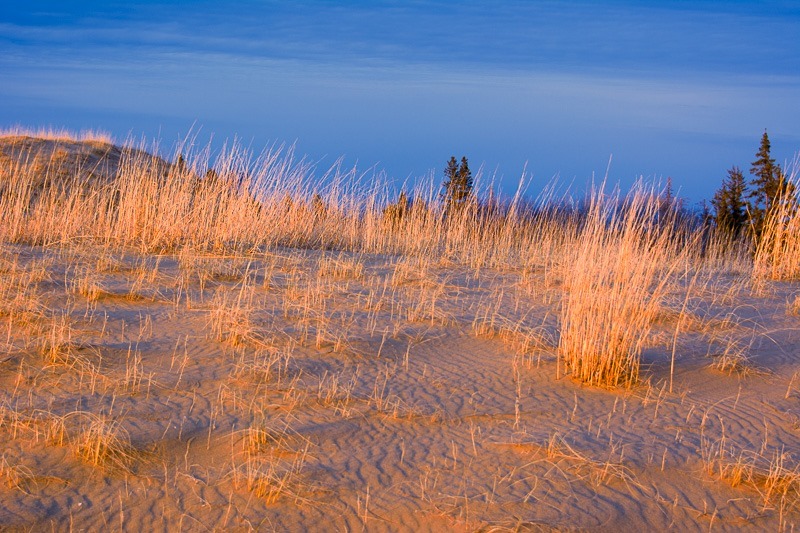 I had already planned my storyline about the evening and the pictures were there. Just not talking enough to my taste. In Lightroom, one of the features that has been turned off for a long time is the Split Toning in the Develop module. I just didn’t see the use of it with my usual pictures of wildlife and architecture. People pictures also don’t seem to agree with split toning. 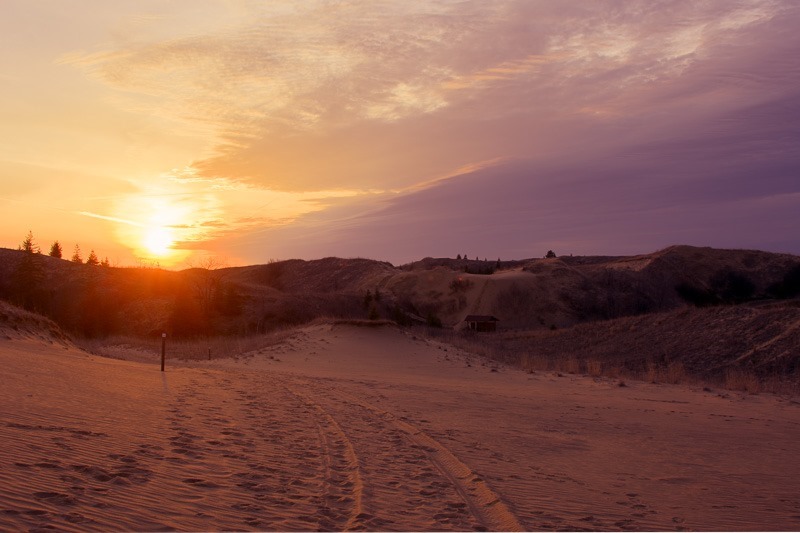 So what is split toning? It is a process that colourises the highlights and/or the lowlights of a picture with a certain colour. It works great for creating sepia toned pictures from black and whites. The problem is that I don’t shoot in black and white. So colouring the sky green and the ground blue didn’t seem to make sense to me. So I turned off the module and forgot about it. 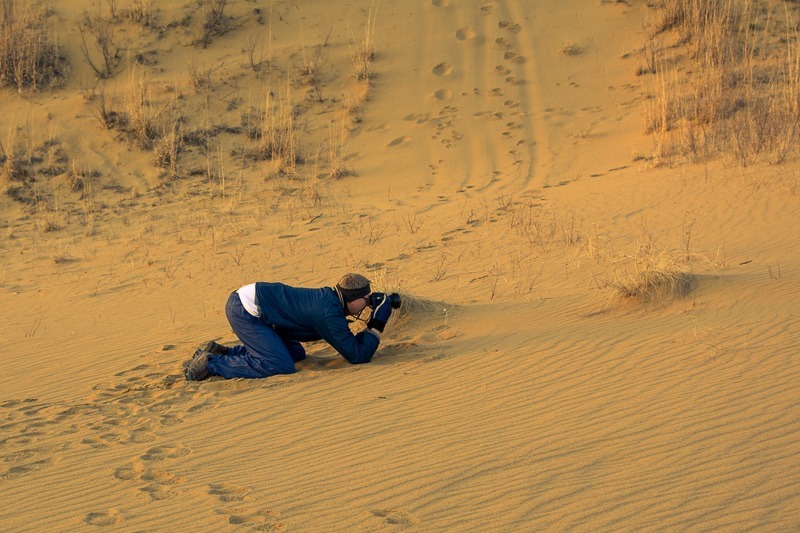 Recently I was again thinking about this post about the desert and its pictures.An update in Lightroom had made the Split Toning section visible again and I decided to play around with it a bit. The pictures of this post contain a rollover, so move your mouse over the pictures to see the original ones as I had planned them in the beginning to appear here. 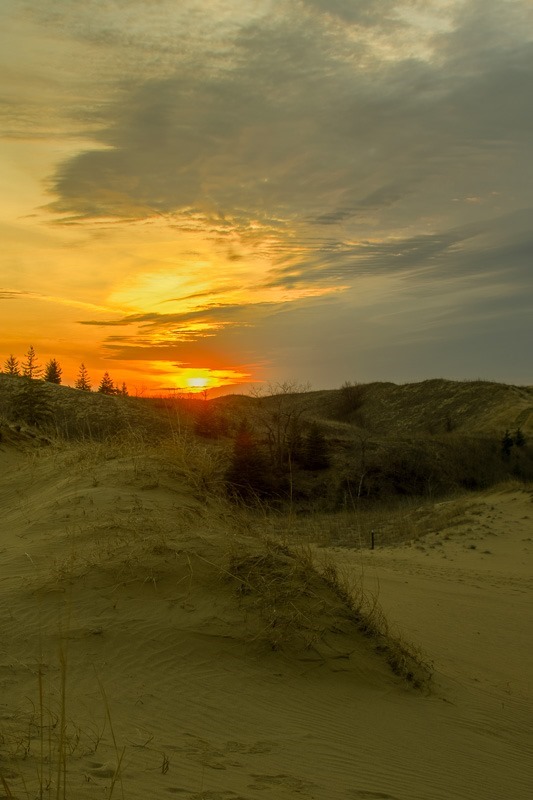 To my surprise, the pictures lent themselves pretty well for the split toning treatment, as long as I kept the effect as natural as possible. No green skies or blue grass for me, I will leave that to the artists

. Although the colours are not faithfully the one that I saw that evening, the pictures now do reflect the mood I wanted to create with them. 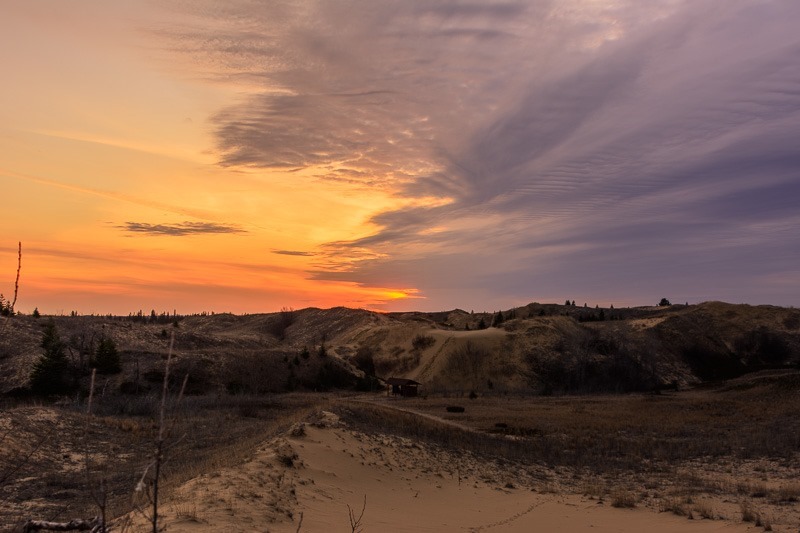 It’s done, the sun has set

Lightroom rules again! After years of hiding this little panel, I think I will leave it visible again. 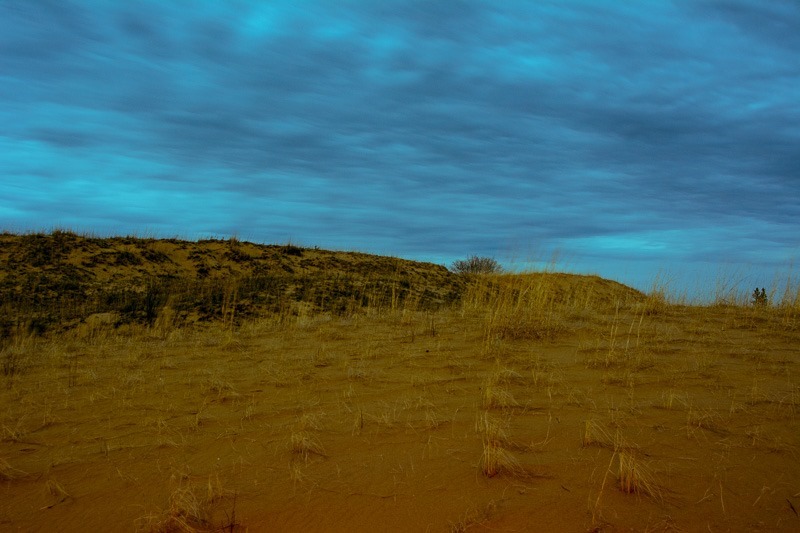 The dunes after sunset

So what about the original story for this post? I think it got “lost in translation” and will probably never see the light of day. Sometimes one must be able to change his ideas about a publication and go with something else instead. Split toning saved these pictures for me.