Back to the bog

In fact, it is not a bog, it’s a fen. A few weeks ago I went to the Brokenhead Wetlands, unknowing that it was not even open to the public yet. I was not trespassing, simply the official opening hadn’t happened yet. The final preparations did call for a closure of the territory two weeks after my visit. The Brokenhead Wetlands officially opened on June 22, 2016. 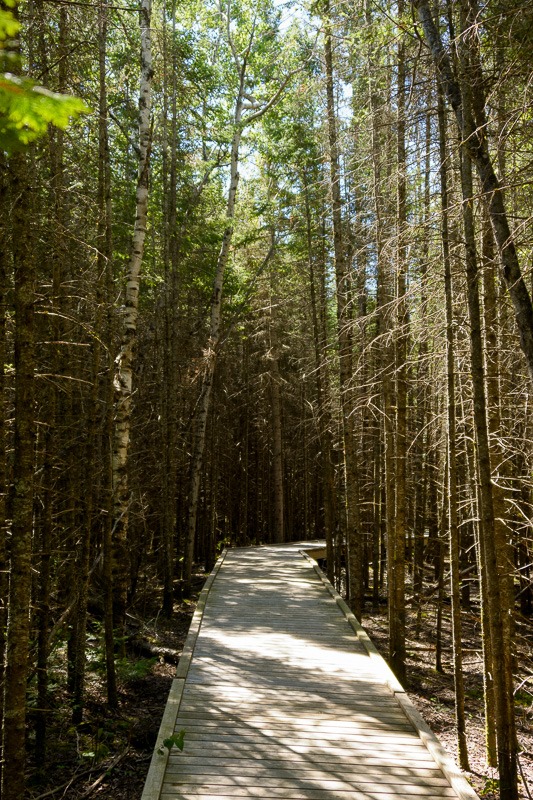 The Wetlands were pretty impassable until the boardwalk was constructed. Now you can walk around without getting your feet wet. At first it looks like a normal Cedar Bog, but then…

The wetlands open up for you. The water comes from underground from nearby Gull Lake. Gull Lake is higher in altitude and will slowly drain into the lower lying Red River system. Before arriving there, much of the water surfaces in the bog (a higher ground with Cedar trees) and a little lower in the Fen. By the time it arrives in the fen, the water has taken on a lot of minerals and calcium, all elements required for a healthy, abundant life. 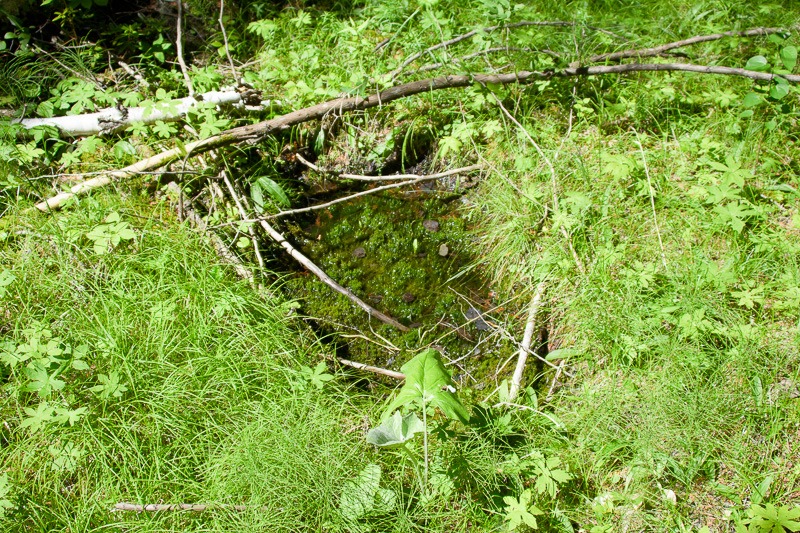 However, if you want to go through the wetlands without this boardwalk, you may find yourself head under water in small puddles like this one. The acidic water and calcium rich ground make that it is very unstable and not fit for transport of any kind. Wandering about without knowing where to step is very risky indeed. Seemingly stable “rock” may collapse under your feet into a meters deep hole filled with water. 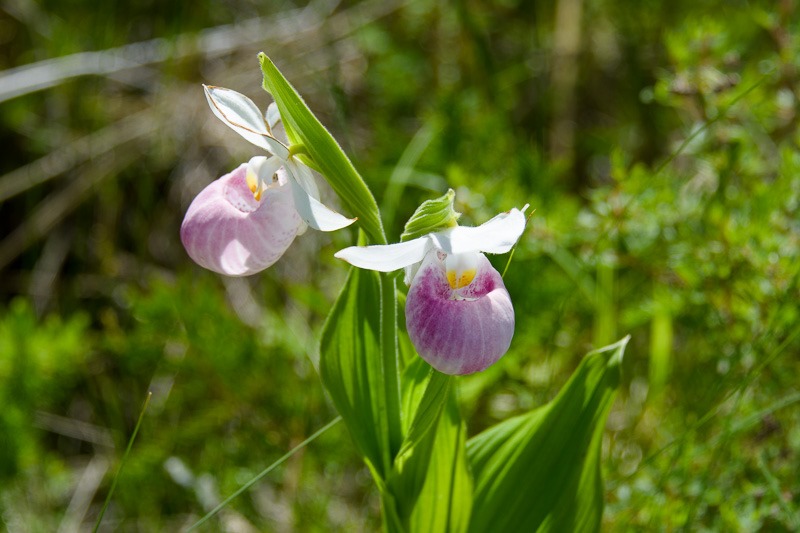 I wanted to show off some good common sense and stayed on the boardwalk all the time. I didn’t even stick my toes in the water sitting on the hot wood

. Very quickly the orchids started showing themselves. The above Showy Lady Slipper is one of my favourites. It was also the only orchid I found for a while, until I saw the more common yellow Lady Slippers. 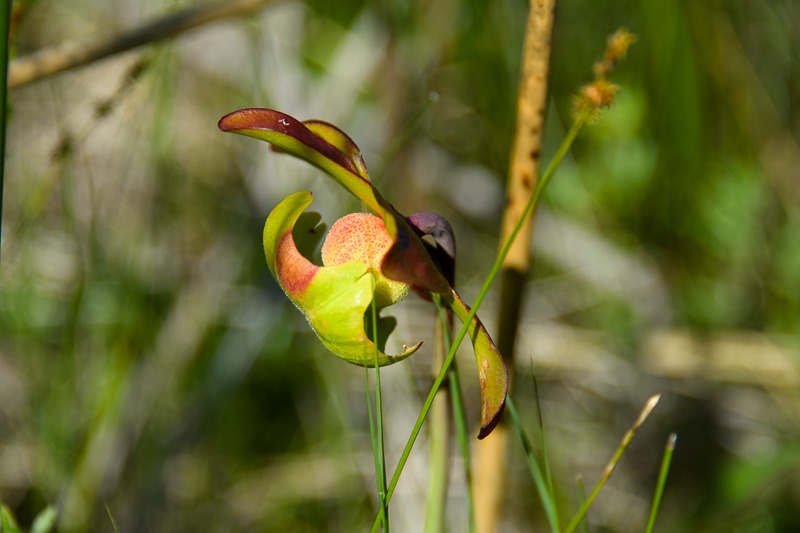 The above Pitcher Plant was not one of the orchids. It was a carnivorous plant. Last time I was here, the Pitcher Plants just started to grow and only the pitchers were visible. Today the plants were in full bloom with these flowers. 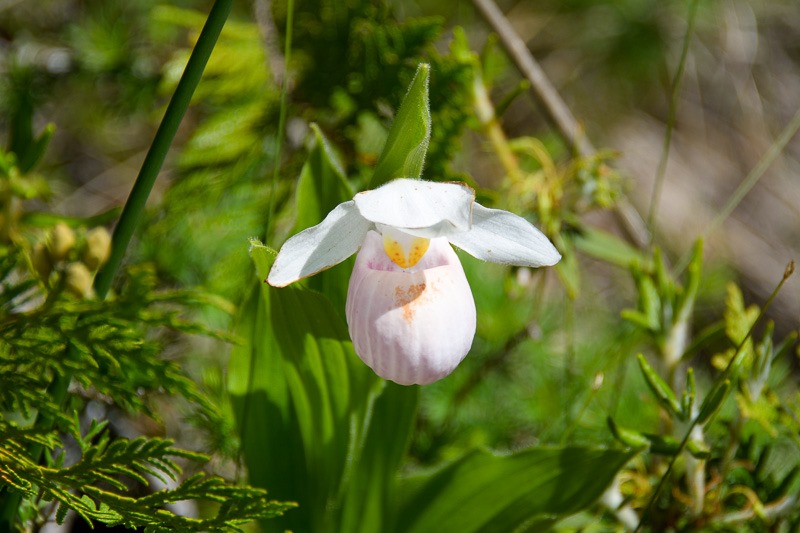 While I was shooting more of the Showy Lady Slippers, a man came to see me and asked if I liked all the 28 species of Orchids in the bog. Ehhh… TWENTY-EIGHT species? I had seen only two of them. Right where I was standing, he pointed out one more orchid. 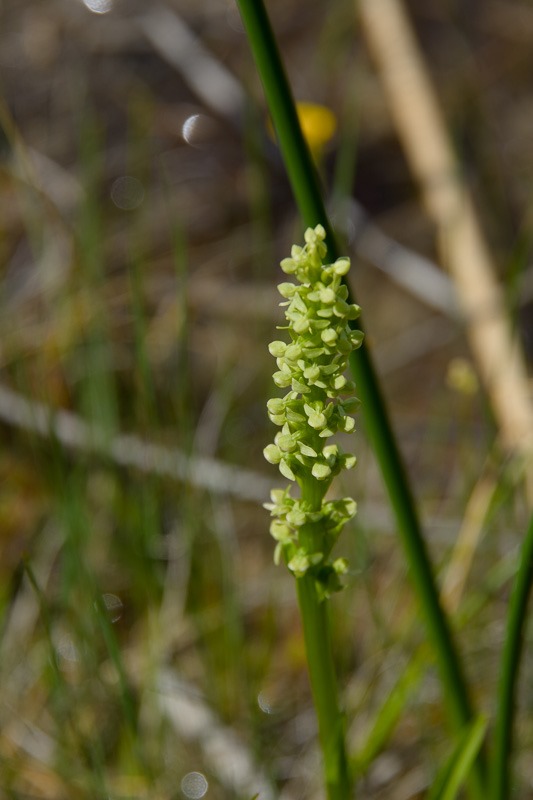 Not as if I would have recognised it as such. This green bog orchid didn’t even look like a flower to me, let alone like one of those overly-complicated orchids. I had seen a lot of them at the annual Orchid Show in Winnipeg, but none of those showed up here. He assured me this was an orchid. He also named a few others, but orchids have names even worse than my own. Nothing I can remember for more than a few seconds. 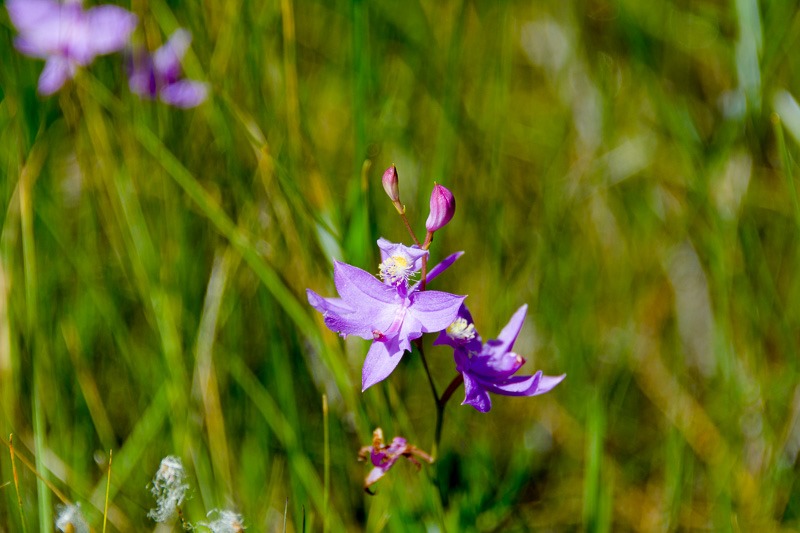 So he made me turn around and look down. This little Grass-Pink or Calopogon is part of the terrestrial Orchids. It has no nectar, but does require insects for pollination. So, Mother Nature’s genius comes to the rescue. The plant makes its flower look like there is nectar in the top petals. When a bee settles down to get it, the top petals fold down and press the bee onto the lower stem to either deposit or receive pollen. After that, the bee is free to fly away. Talk about slave driving… 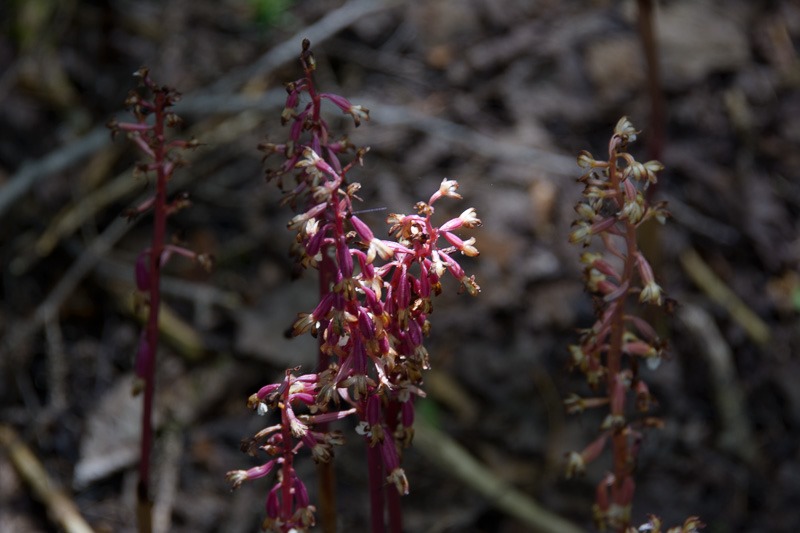 Another orchid that definitely didn’t looked like one was this Coral Root or Corallorhiza mertensiana. A plant that lacks chlorophyll and thus has no green leaves. Transplantation of this orchid is extremely complicated as the plant will only grow in combination with a number of mushrooms and their spores. Without those it won’t survive. 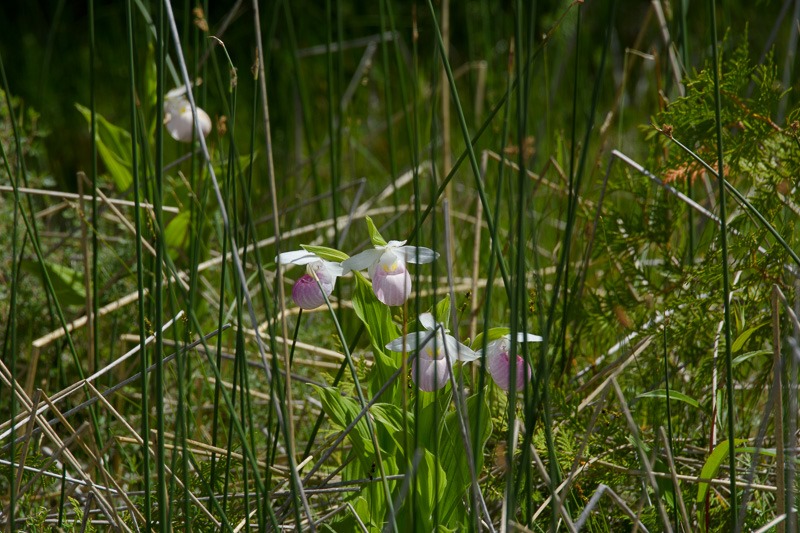 Checking for more orchids proved to be too arduous as the mosquitoes seemed to have passed each other the message that there was a juicy Dutch guy in the area, ready to be sucked dry. I think I must have lost a pound or two in blood. 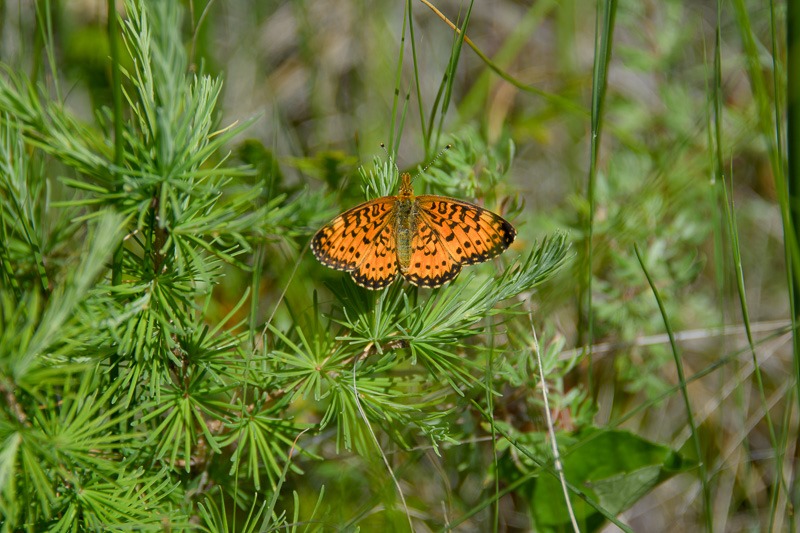 I decided to find some butterflies willing to gave their picture taken. It seems that there are more of them that do not like that. They prefer to play and flutter around without even thinking of taking a sip of nectar somewhere. 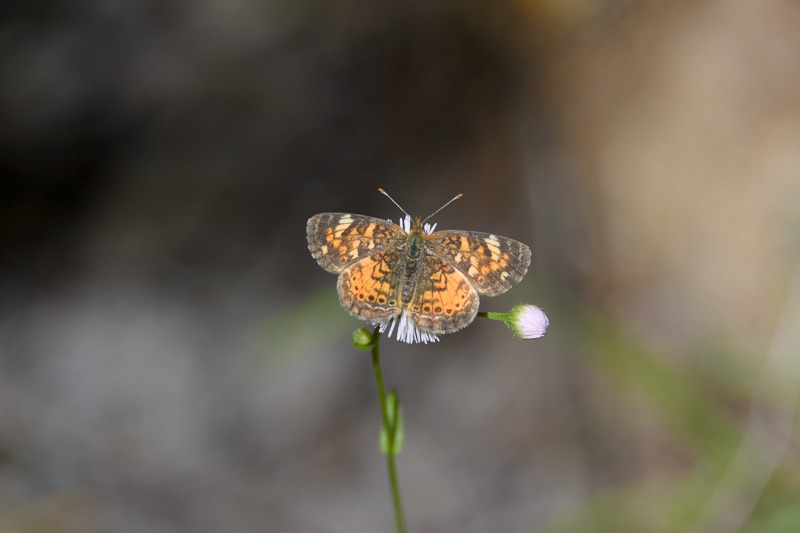 These two were more willing and so I shot them from as close as they would allow. Certain species of butterflies also look very much alike, although small differences make them a completely different family. The above was in my mind a Northern Crescent, but it turns out it was a Gorgone Checkerspot. They do look very much alike though. But as I have stated already many times on this blog, I am not a biologist, or even familiar with most of nature’s named creatures.

I just walk by, shoot them and try to find their names. Until I shoot them again somewhere else and I have to look up the names again. I guess that is how my brain is wired. It does make an ideal destination for the Brokenhead Wetlands. I forget what I shot and shoot it again. Every week something new and exciting.

If you don’t believe me, please take a few hours to visit the wetlands up on Highway 59, about 3km north of the Casino. It’s well worth your time.