Welcome to the newcomers!

Every year around this time we do the same thing. We whine when it gets cold again and we rejoice when it gets warmer. What we usually forget is that this happens every year, more or less around the same time. This year is early with warmer weather. Warmer weather also brings newcomers to Manitoba. 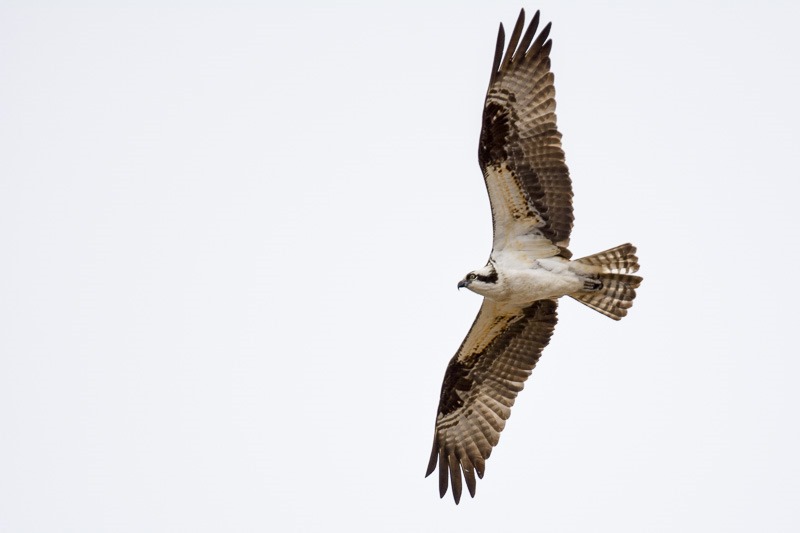 Manitoba is a special place in North America in the fact that it is central. Most of the migratory birds come through here, then move on to either north, east or west.

That makes this province a pretty busy place in spring. Busy with migratory and summer birds local to the province. Some stay here to nest and breed, like the Osprey of the first picture. Of course you also have the very first bird returning to Canada, the Canada Goose. Once they arrive we know that Winter is on its way out. We just don’t know how swift Old Man Winter will move over. Those geese sometimes have a serious bit of frost and snow to survive. 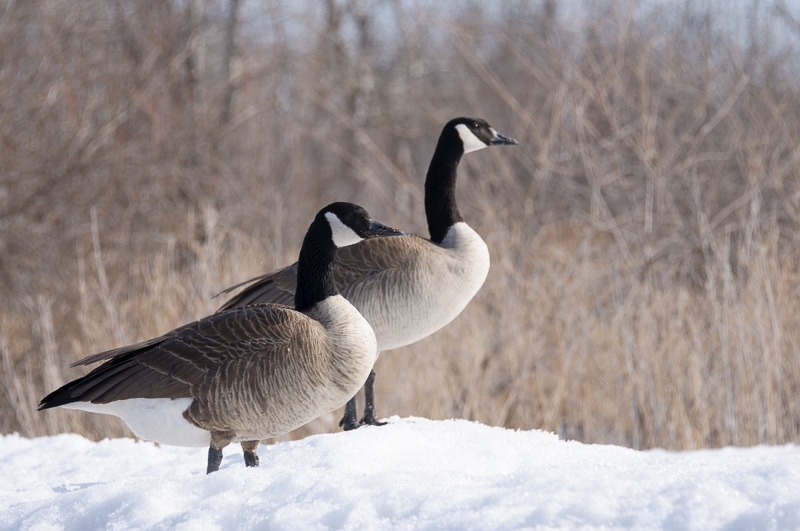 Canada Geese, quietly regretting their early departure from the south

By the time the other newcomers arrive, the Canada Geese are already old news

. The two above were probably regretting their early departure from the warm south. In some cases you can observe them yelling at each other. If only we could understand the language. 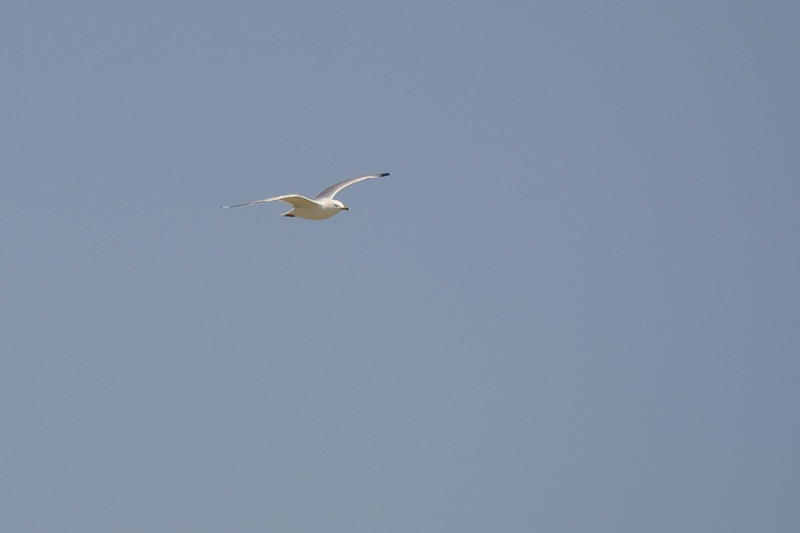 The next birds to arrive are often the Gulls, like this Ring-Billed Gull. Noisy as can be, even more so when a drastic change in weather is in the close future. They seem to relish the change in the weather for the worse. Snow, rain and hard wind are often to arrive in the next few hours when they start to scream and yell while flying high overhead. 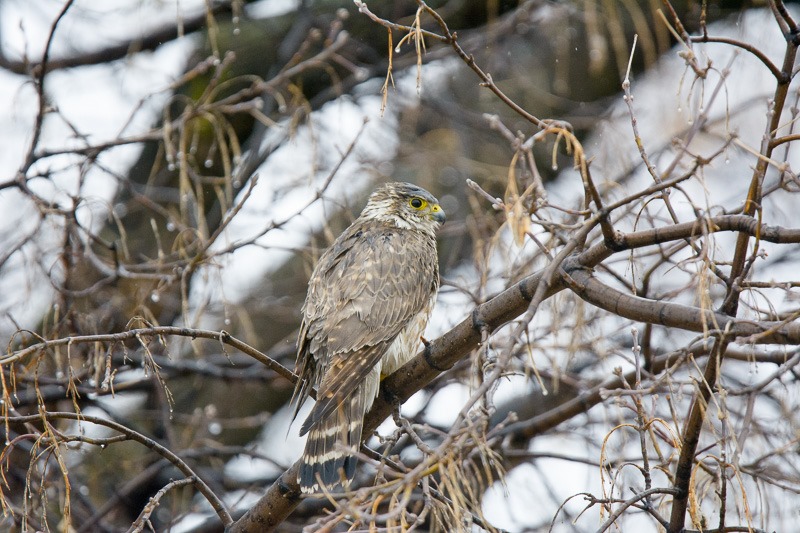 And when the rain finally arrives, instead of snow and ice, the Merlins remain mostly on their branches. The above Merlin didn’t like the rain at all and sat there without moving. That the branch he or she was sitting on was straight over a busy road didn't seem to be an issue. But no flying into the rain or other parts of the area. 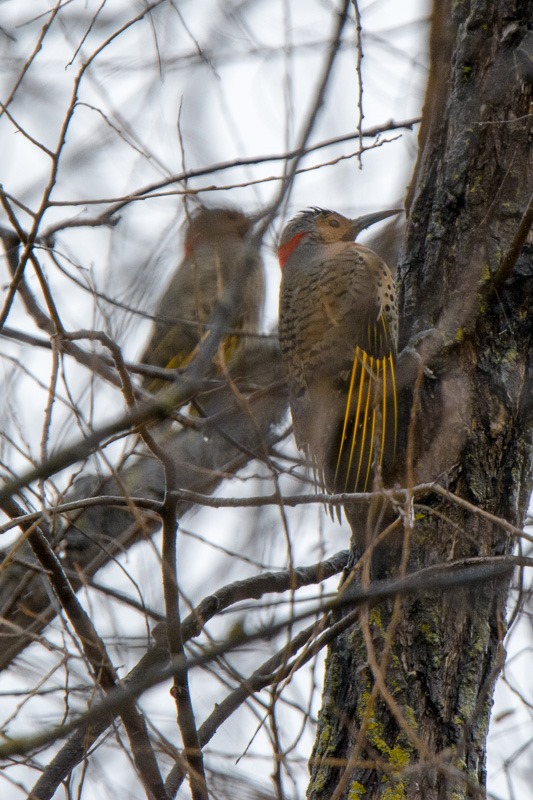 A bit more wind in the open space and the Northern Flickers seek shelter from the wind. The above girls were clamping onto the tree on the lee side. Never once did they wander off to the other side. The males, however were feeding below in the grass. They didn’t seem to mind the rain. I guess someone has to provide for the family, eh? 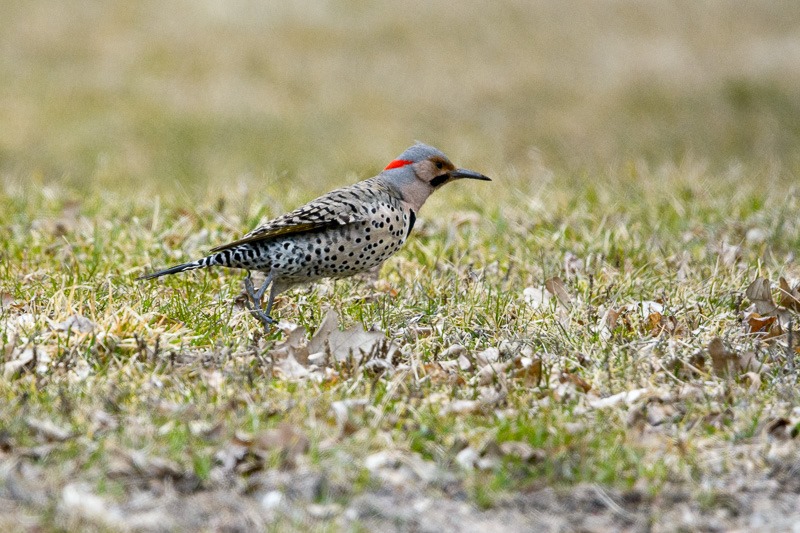 This male Northern Flicker was just taking off when I took the picture. A few meters away he landed to pull a nice beetle out of the ground. A shame that the picture I got from that action was out of focus. 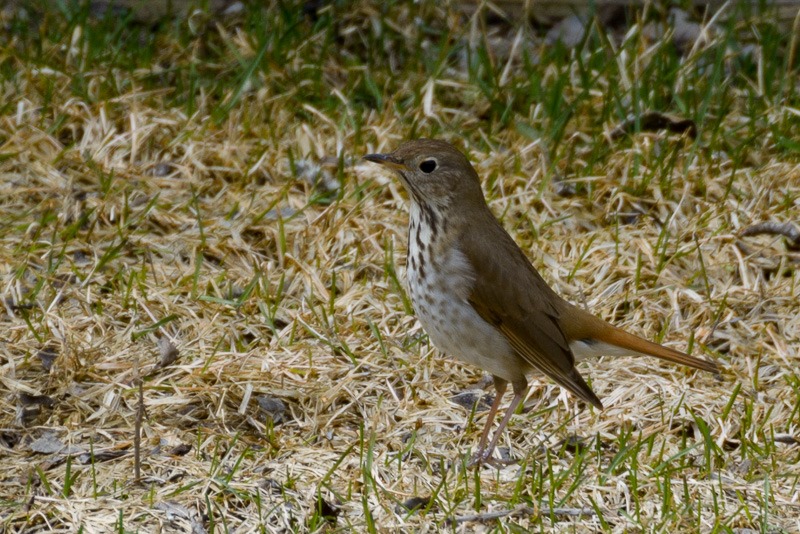 This Hermit Thrush was a first for me. I had never seen one before. Even better, this one was feeding in my back yard. Point the camera and shoot, no driving required. One thing that you can observe from this string of pictures is that little by little, the colours seem to come back into them. The grass is getting green again, soon we will have leaves on the trees again as well. Spring will arrive in a matter of days. Summer is usually not far behind, with only a few days or weeks delay. 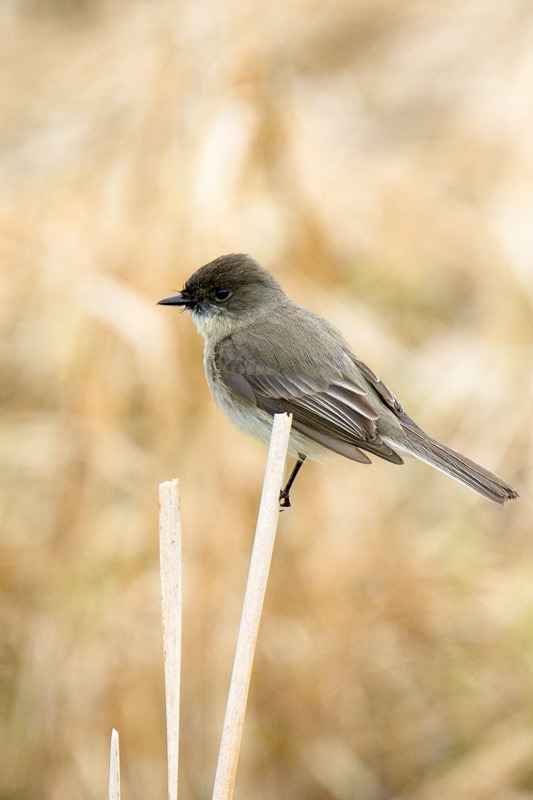 North of the city, however, spring seems to be a bit further away. This Eastern Phoebe sits on reeds that really have no life in them yet. The fields were bare, but the ditches were no longer frozen. Open water is what birds like, it overflows with food of all kinds after the winter. Something like one giant buffet, where everyone is invited. 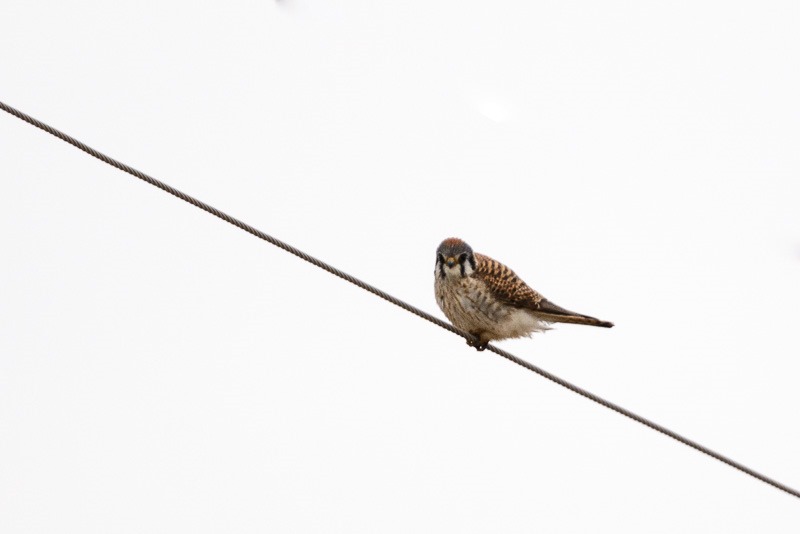 A last chance shot of this American Kestrel was from a little bit too far away. One step closer with my camera and the bird was gone. Only to sit down 30 or 40 paces further away. After repeating this circus twice, I got the message. Don’t come too close! It was only on my computer screen that I could see that it had been observing me with a lot of attention. It won’t happen again, I promise.

These are just a few species of the newcomers of the year. Many more to come and to shoot. I will make sure to present a certain number of them, although I do not intend to make this a “bird blog”.