Weekends seem to be in short supply lately. Back in the days I remember that we had weekends that lasted two full days, sometimes even with a Friday afternoon. Nowadays, weekends seem to be reduced to a simple Saturday morning. The rest of the time being occupied by unmovable plans and projects. Now, it’s easy to whine and mourn those long-gone times of weekends that deserved the name of “weekend”, it won’t help bringing them back. 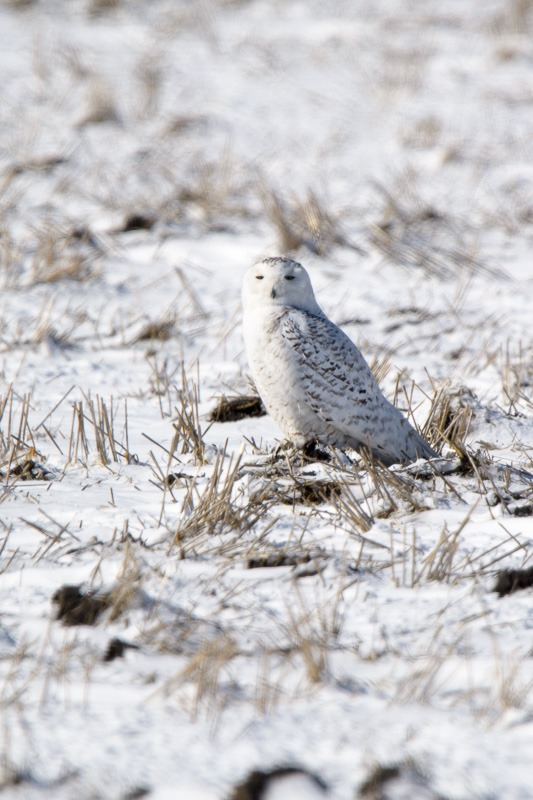 The past winter I have had lots of those mini-weekends. Most of them were used to hunt and shoot wildlife. Sometimes the wildlife was easy to get, sometimes not so. Let’s go and have a look what those short weekends have yielded in terms of wildlife harvest, shall we?

I won’t be presenting the pictures in chronological order, as there are too many of them, as well as not enough to post here. The Snowy Owl of the lead pictured was way out in a field. My Tamron 150-600mm had the hardest time of its life to get a focus on it. It was not because of the distance, simply that this lens won’t focus if there is any turbulence in the air. It seems that this copy is very sensitive to this kind of atmosphere. I guess it’s time to move on and get myself a Nikon lens instead 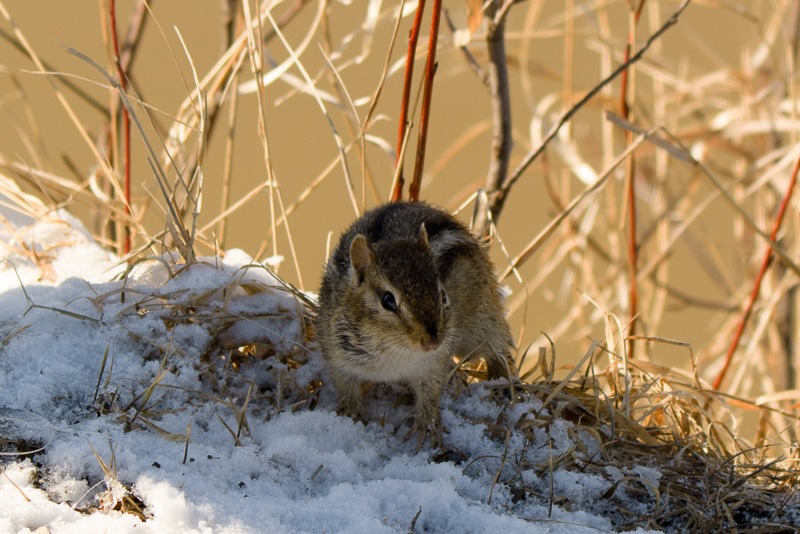 Chipmunk hiding from predators high above

The long lens did come in handy with a little closer subjects. This chipmunk was actively hiding from the legion of Bald Eagles flying overhead. It survived the eagles for as long as I was there, perhaps even longer. Food is scarce at this time of the year and this little chipmunk seemed like a nice snack between meals for any eagle. 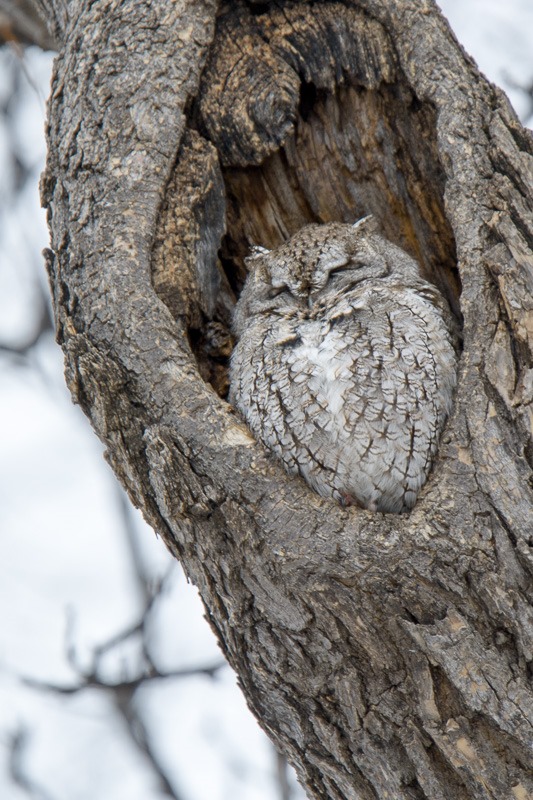 While the Snowy Owls are hunting as if their lives depended on it (I think that is more or less the truth anyway), other owls like the above Eastern Screech Owl seems to sleep his day away. The Snowy Owls will hunt day and night if they want, the Screech Owl will only hunt at night. Some people tried to wake him (or her) up by whistling loudly or even by throwing tiny stones, but sleep was deeper than any of these attempts. 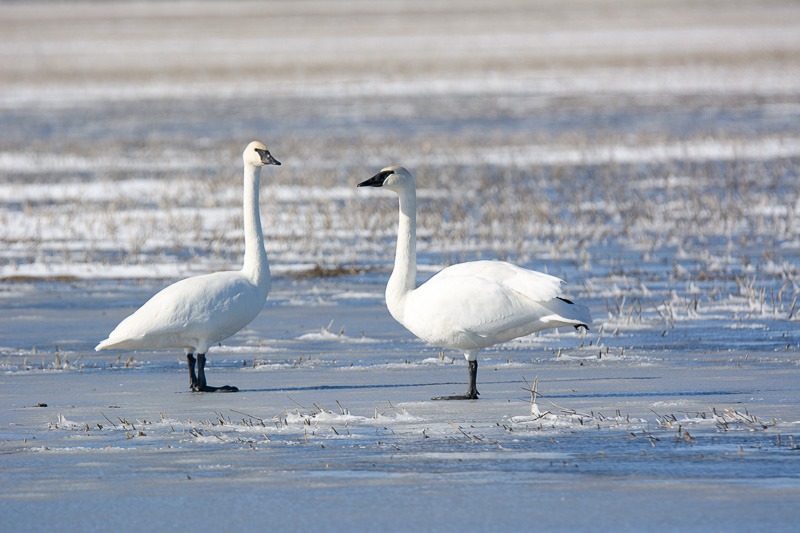 On another Saturday morning I went to Oak Hammock Marsh, one of my favourite places to relax and find wildlife. I was surprised to see these two Trumpeter Swans. At first I thought they were Snow Geese, but later, when I looked them up in my Bird Book, I found out their real identity. They were pretty skittish for such big birds. I needed my 600mm to get close enough to them. When I approached them a little closer they took off. As if I were going to harm them… Bird brains… 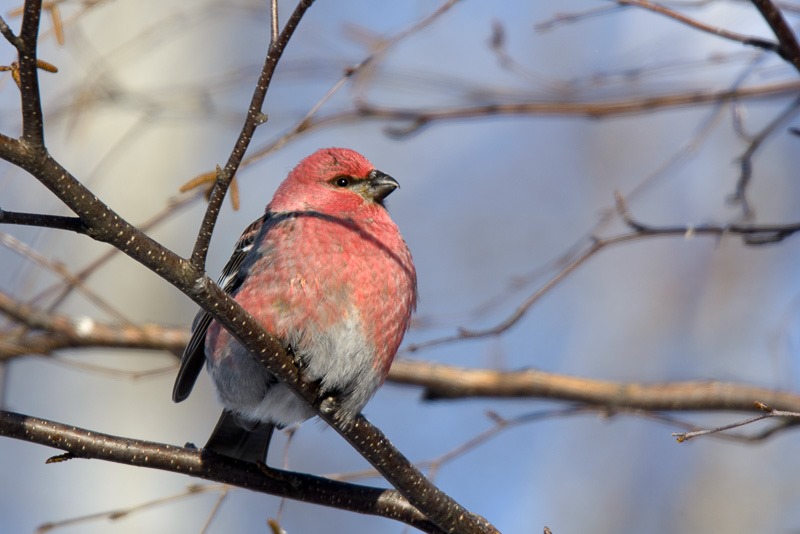 I don’t always shoot the big birds. Often I try my hand with the small ones as well. When you have a feeder full of seeds for the birds to feast on, the shooting will be that much easier. This male Pine Grosbeak was already very red in the last weeks of February. Usually they redden later in the season, ready for mating. I guess this one was ready 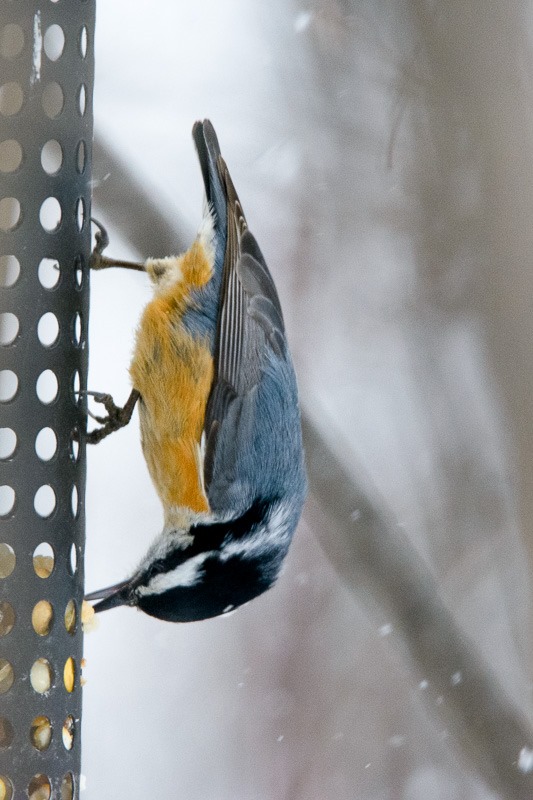 Other feeders, other birds. In Birds Hill Park, some people put seeds and feeders out in the winter. Birds come and go to fill their tiny stomachs with the goodies displayed and ready for the taking. Many people have asked me why I took this Red Breasted Nuthatch upside down. Well… I didn’t. This bird likes to “walk” over tree trunks and apparently feeders as well, with its head down. Apparently blood flowing to the brain is not an issue at all. 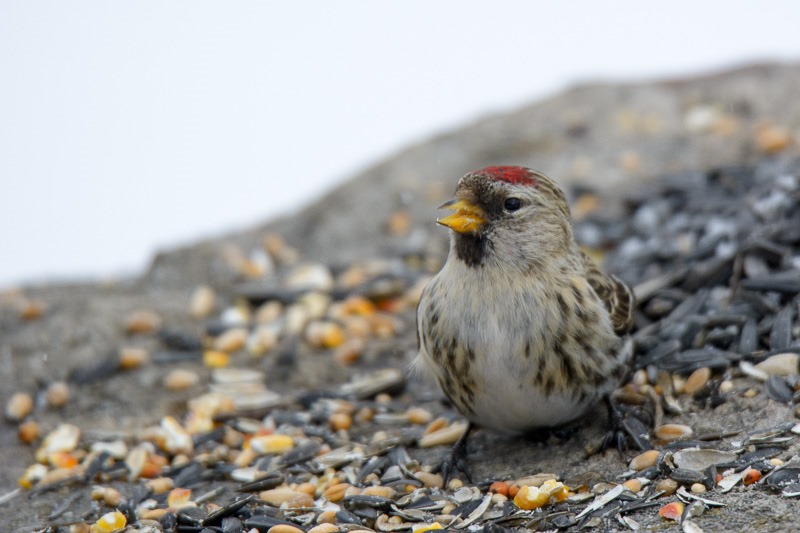 Other small birds like this Common Redpoll will let you come pretty close, as long as you keep talking or whistling. They do not like stalkers and if you approach them being quiet, they will take off even before you see them. 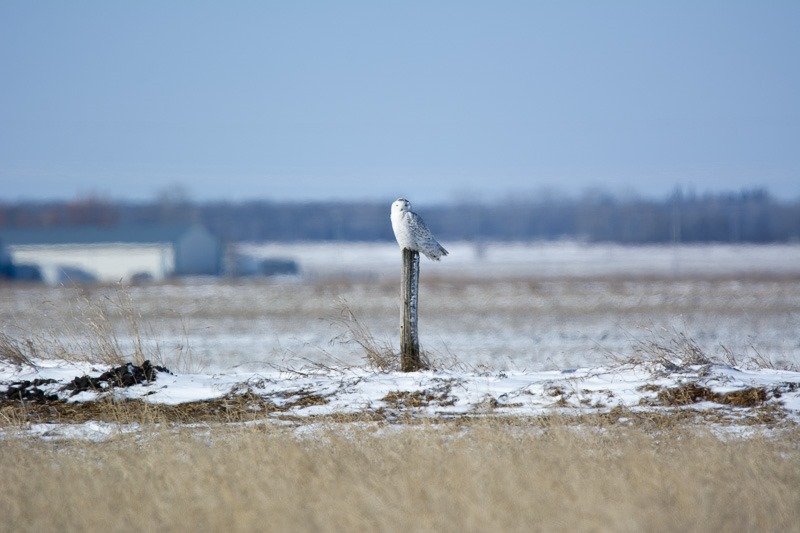 Another morning, different birds. This bird, along with the Great Grey Owl is the Holy Grail for winter bird photographers. The Snowy Owl in its natural habitat. Again, this one was pretty far away, stretching the possibilities of my Tamron to the limits. The setting pleased me, so I took the shot. 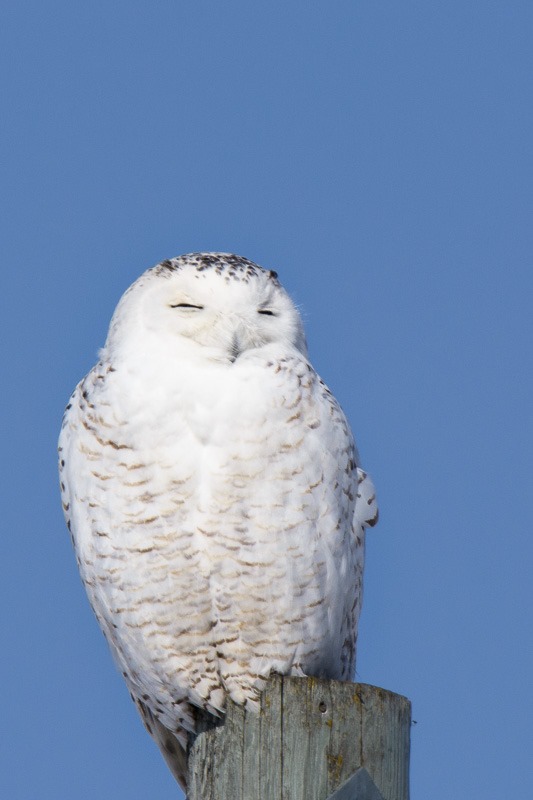 Snowy Owl on the hunt

A little while later I saw another Snowy Owl, hunting from the top of a hydro pole. Happily this was the end of the line and the wires don’t have to show up in this picture.

The variety of pictures may seem a little limited, but the travels to get to these magnificent birds were far from monotone or boring. Saturday mornings well spent!