Last week I was with a dozen other photographer friends in the Winnipeg Fire Museum on Maple Street. The event had been scheduled so that we had the museum to ourselves, no public in view. We all needed to ask regularly “Am I not in your shot?” but that was part of the fun. 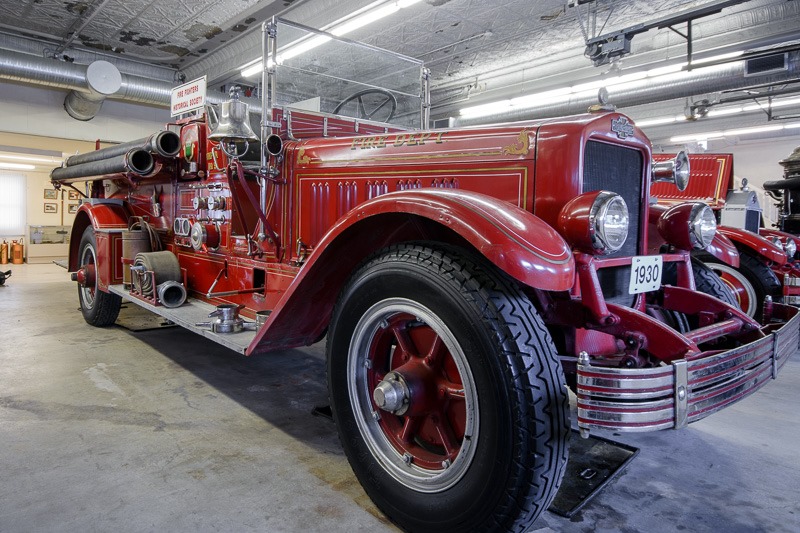 The Winnipeg Firefighters Museum is a great location for shooting some very specific material. Material that we hope never will have to be used for our own survival. To have the place to ourselves was a great plus.

The museum is a great place to get a close look to the material that was used to save us from the flames. The contemporary ones, not the eternal ones. There are others to fight those flames. No, these fires are or have been very real. In the few years that I have lived in Winnipeg, several big fires had to be put out. I always thought that firefighters mostly occupied themselves with saving kittens from high trees. Something like in the movies as seen here. 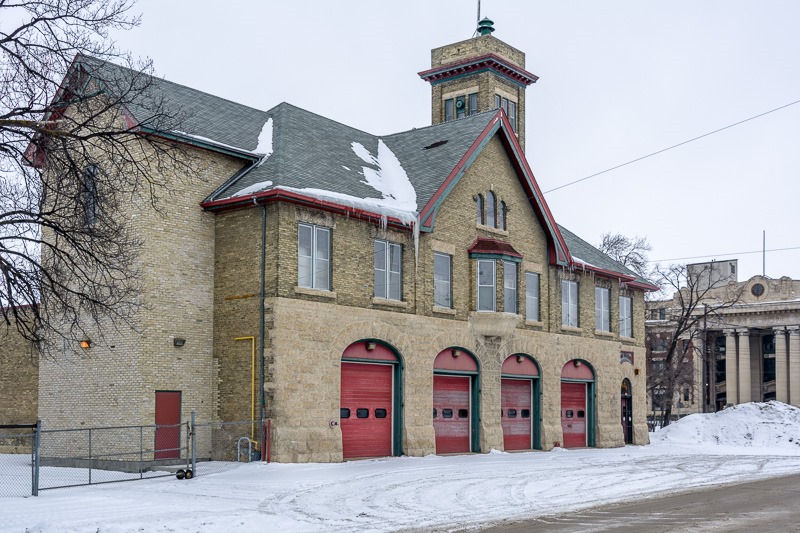 The Fire station on Maple Street, built in 1904

The museum is full of framed pictures of fires in the city throughout the years. In some of the shots in this post you can see them in the background. Although I don’t expect any “copyright issues”, I don’t feature them here. However, I have witnessed my own fire dousing from the Winnipeg Fire Department a few years ago. 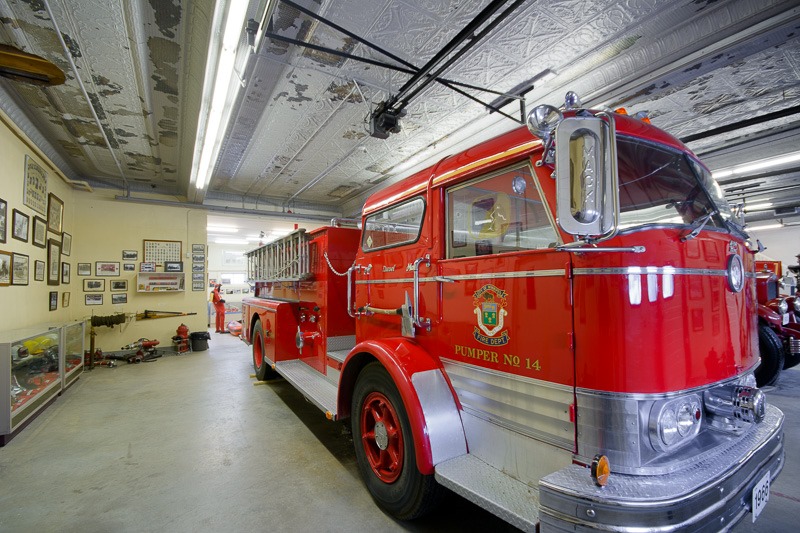 Getting close to the working material of the Winnipeg Fire Department is a real treat. Usually you can’t get on top of them or in them without risking being shoved away. Over the years, the material has changed significantly. Even if some 50 year old trucks are still used in the Santa Claus Parade in the end of each year, the above truck from 1966 is no longer in active service. 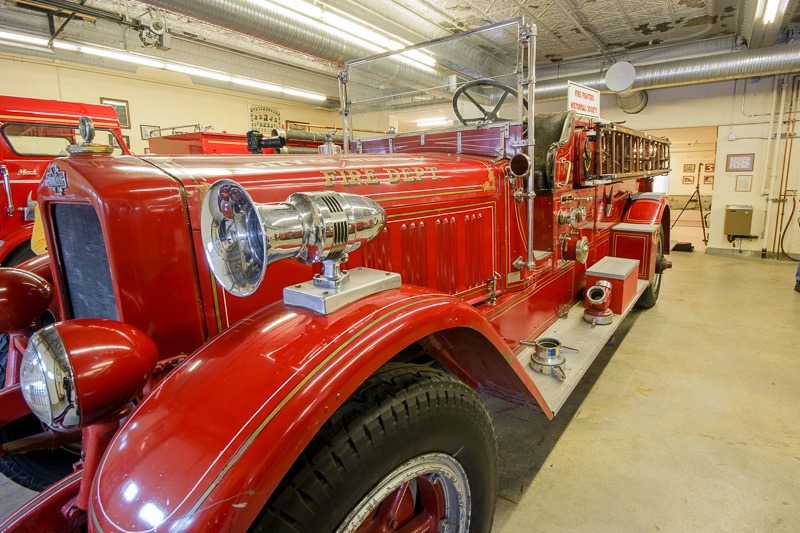 The above truck, as well as the one from the lead picture in this post dates from 1930 and is no longer taken out on the streets. The degree of decoration on these trucks is something no longer seen on the current trucks. It’s a sign of the times. Being a firefighter in the 1930s was a more “romantic” occupation than it is today. Today, efficiency and safety is at the top of the list. Curly letters and striping on the trucks are no longer part of the Fire Department. 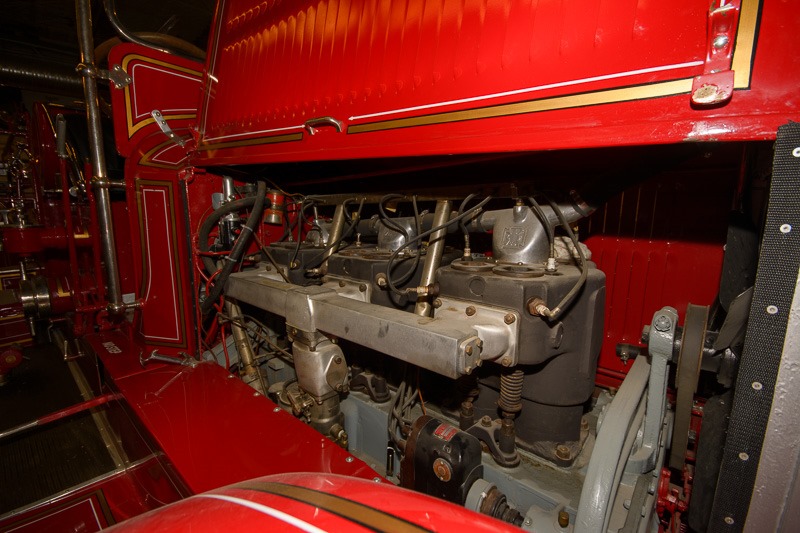 The growling heart of the truck

Going back a little further like 1928. Again you can see the striping on the truck, but also the powerful engine of the time. No plastic hoses or lines to be found. I guess they could drive the truck through a blazing fire and still come out perfectly working. 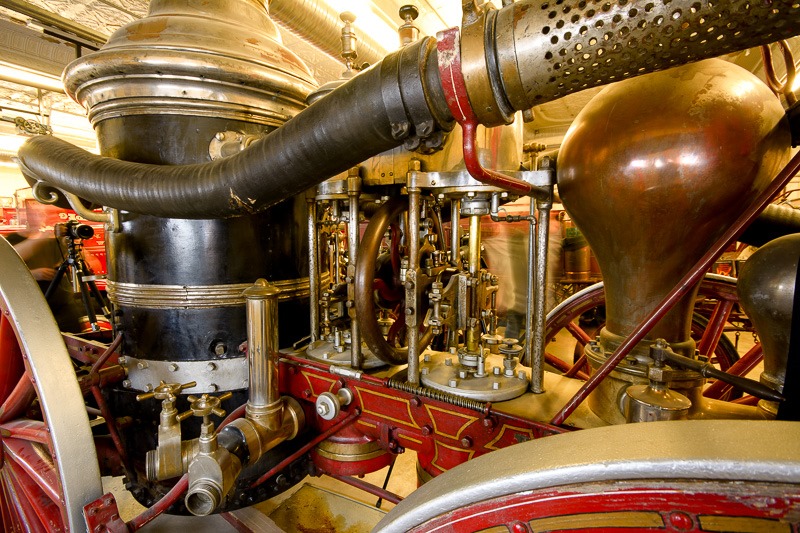 Above is a view of an Alex Logan Steamer, put into service in Winnipeg in 1882. Back in the day, this steamer was bought for a mere 5,000 dollars. I am not convinced the museum would want to part with it for the same price today 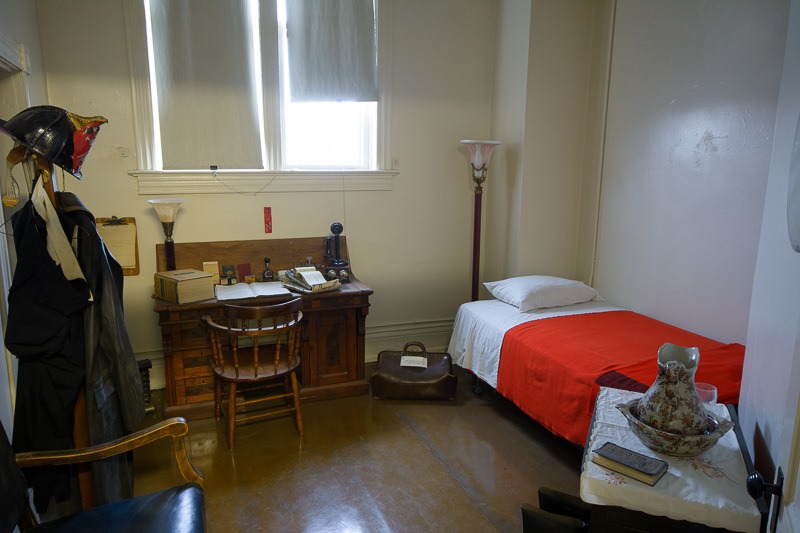 So where were the firemen on duty? In the fire station. Were they awake all the time? Nope. The above quarters of the Captain were from around the turn of the century. 1900, that is. No running water and no computer or XBox to play games. 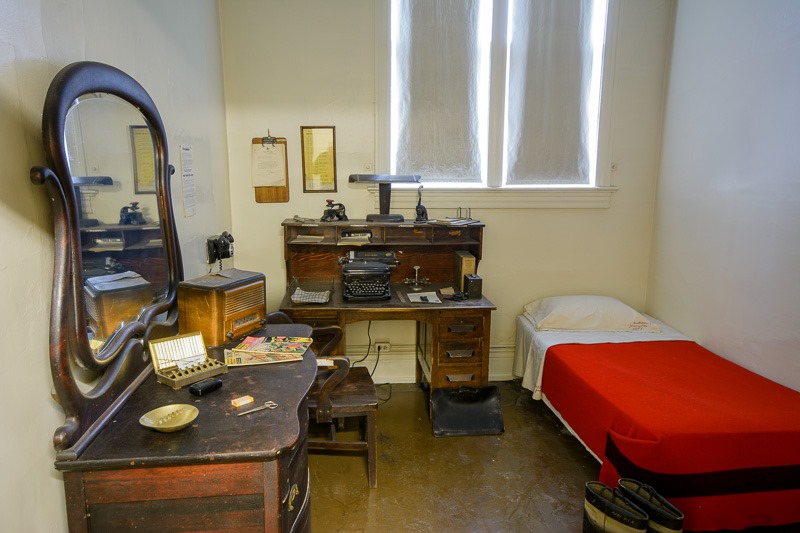 Around 1940 the firemen had a little more comfort. The shiny thing on the drawer in the front was a brass cigarette case. A typewriter to type reports. Or perhaps to type a novel in the low time of the day or night. 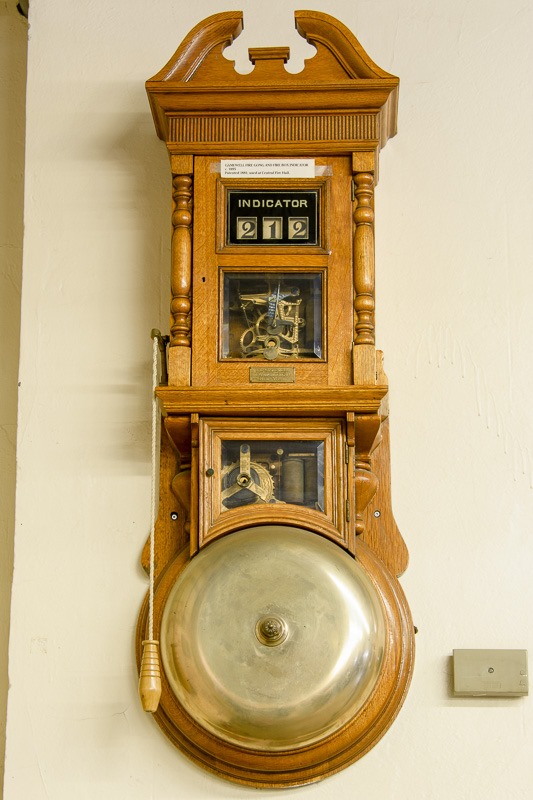 But when the alarm did go off, everyone was expected to get to the trucks in record time. No lingering in the rooms or in the corridors. Today, only one manhole is still visible, but back in the day 3 of them were in service when the alarm went off. Fire alarm bells are all over the museum, I still have doubts about which one is the live one and which ones are not. The above one is not, that’s for sure. 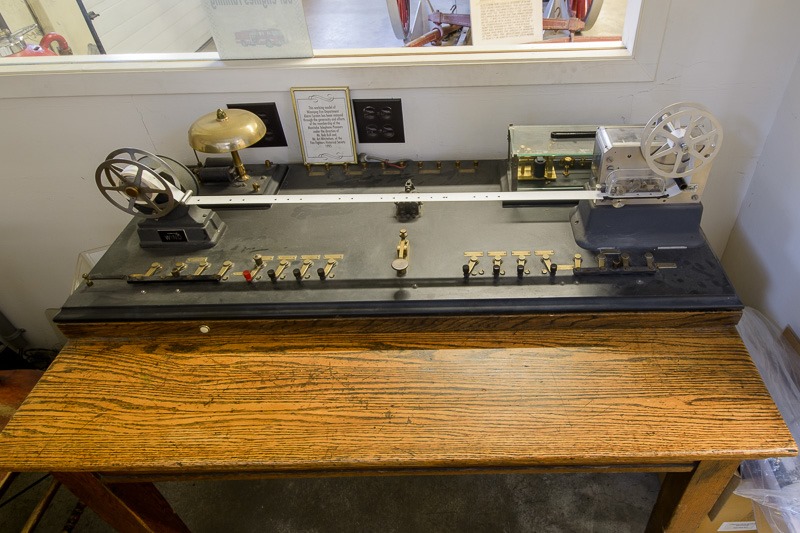 Punching away the messages

When more information was needed or the firemen were required to help in a different part of the city or province, the information was quickly relayed using this ticker tape machine. This was a very modern way of relaying information and being able to repeat it at will. The then more usual Morse keys were not as reliable with operators under stress. Re-reading the punched tape was way more effective. 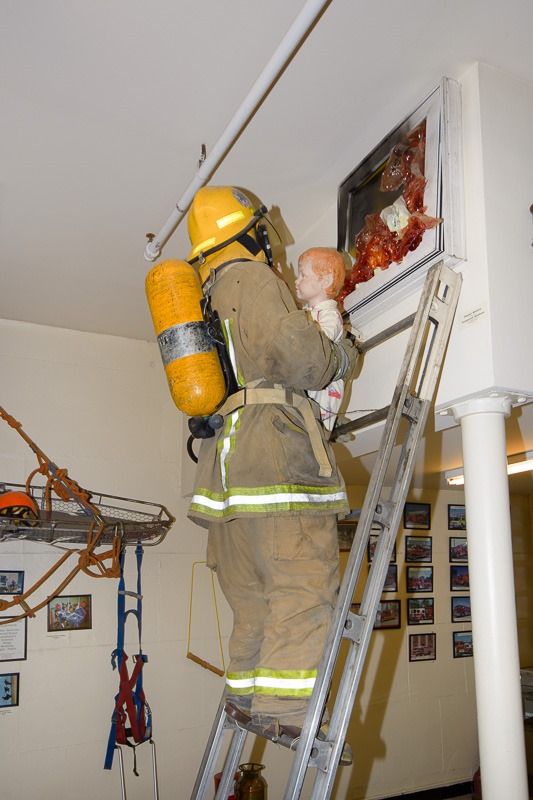 And when the alarm went off? They all left the station to rescue people and put out the fires. As a kid I was dreaming of becoming a fire fighter. Later I realised that I may not have been suitable for the job. Now I am a programmer/photographer, less romantic, but also less risky.