Manitoba is a wonderful place to be. People that live here are convinced about that, even if some go to warmer places on holidays in the winter. However, Manitoba does have the ideal place for a night or two stay in an Air Conditioned Cabin. 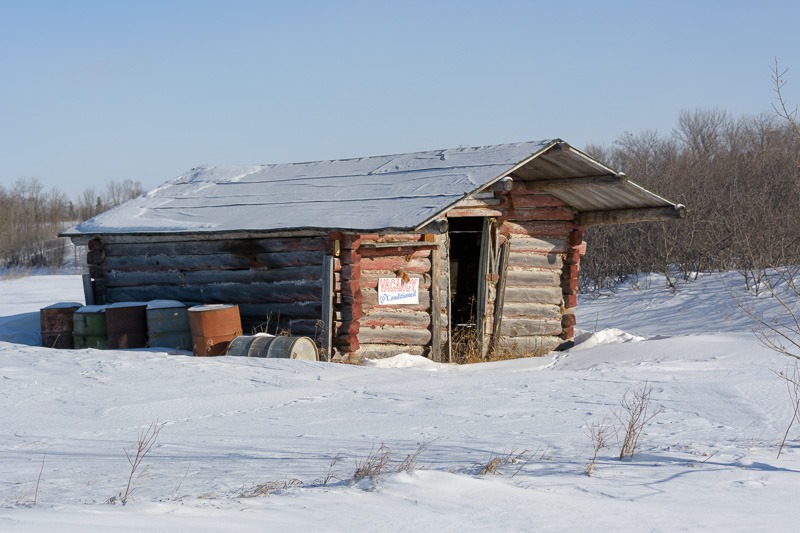 But let’s face it, Manitoba, along with the other northern central provinces and states of North America does have a continental climate. Nowadays people tend to be alarmed by temperatures of –25C, but they are common in these parts of the world.

I often say that you don’t come and live in Winnipeg for the tropical climate, and that is something to ponder about. It is a continental climate. Hot in summer and cold in winter. We are still lucky that these temperature swings occur over the year and not overnight like in some other parts of the world. 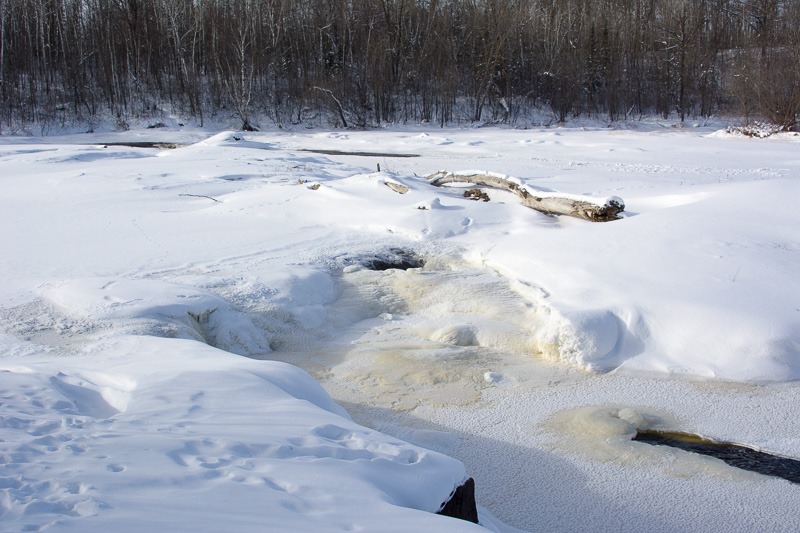 Manitoba is a place that needs to be admired and loved in all types of weather, not just in shorts and flip-flops. The Whitemouth Falls is one of such admirable places.

Around the falls there are lots of possibilities for photo ops. Not just shooting the snow, but also the river, which is not completely frozen over. Other rivers like the Assiniboine River or the Red River do freeze over, but at the rapids or at the dams, the water flows freely. 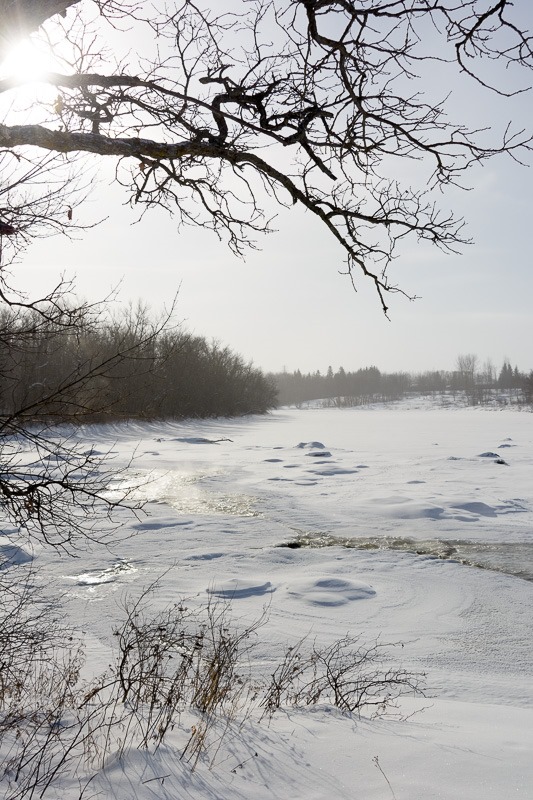 Most of the river is ice, leaving only a few spots with fast flowing water. This is definitely not the place to go skating or even trying out your brand new cross-country skis. The ice and subsequently the water will get you. 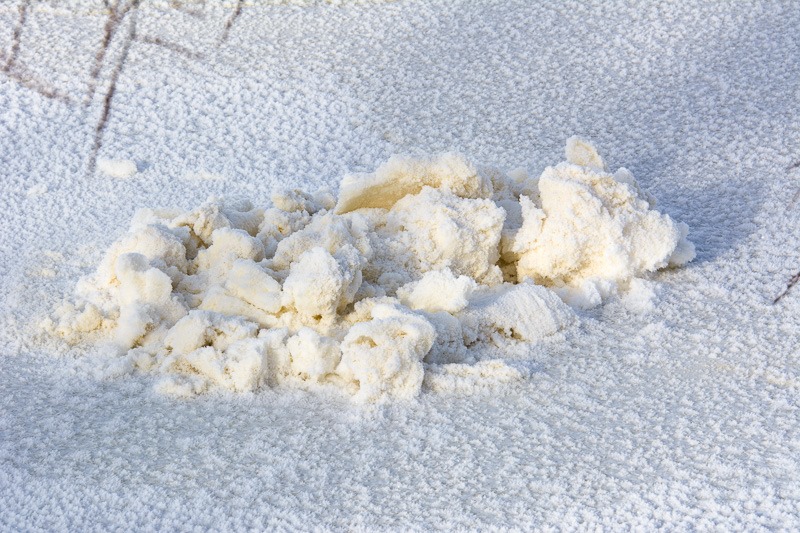 Tell-tale signs of doubtful ice quality show by this cream coloured ice formation on top of the normal layer of ice. It could have been a scoop of ice cream on my table, but this “scoop” was about two feet wide. Probably also not as tasty either. 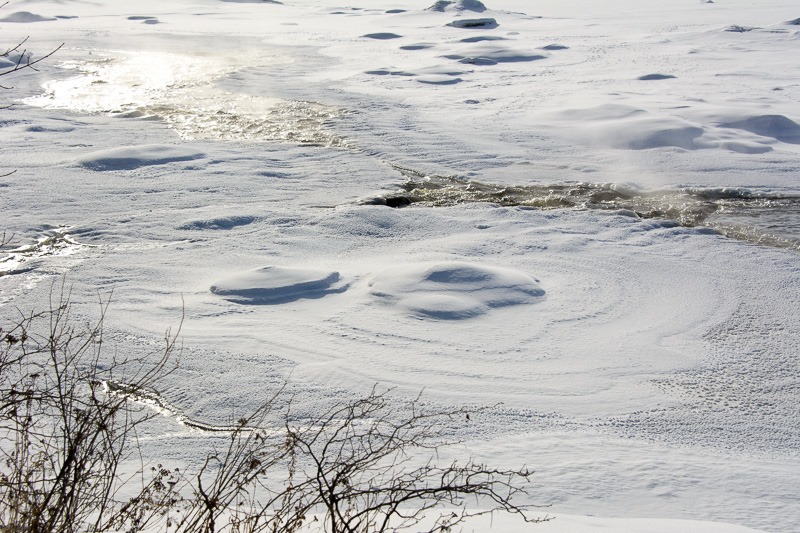 Even the circles of ice are still visible in the thin layer of frozen water. By now the ice has gotten hold of it all, but you can still see the outlines of what were free flowing chunks of ice not so long ago. You can also see a small wisp of steam coming off the water. Did I tell you it was –28C at the time of taking that picture? 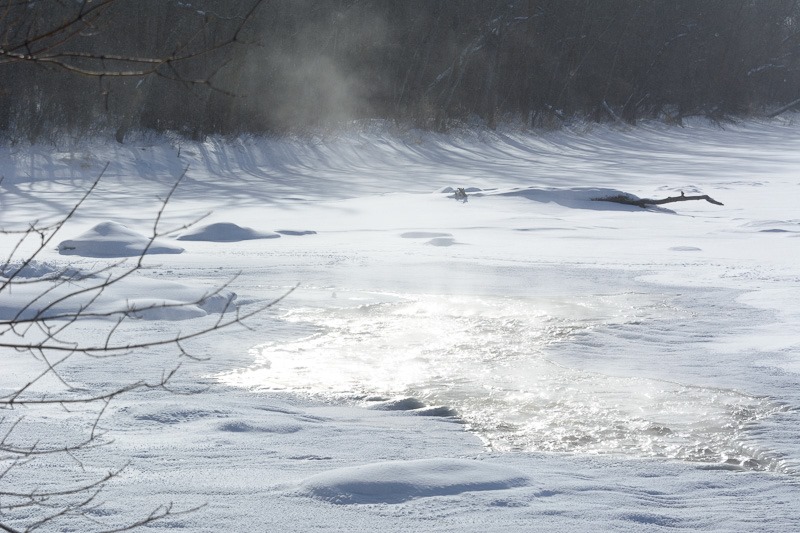 Looking a little closer and taking the picture a little differently, it became apparent that this was was giving off steam. The natural (and equally erroneous) thought was that this water had been used by the close by Seven Sisters power plant as cooling water. It would have warmed up significantly in the plant and then dumped again outside to cool off and continue its journey towards the Winnipeg River. Like I said, that is plain wrong. This water is downstream of the Winnipeg River and does not flow through the dam. 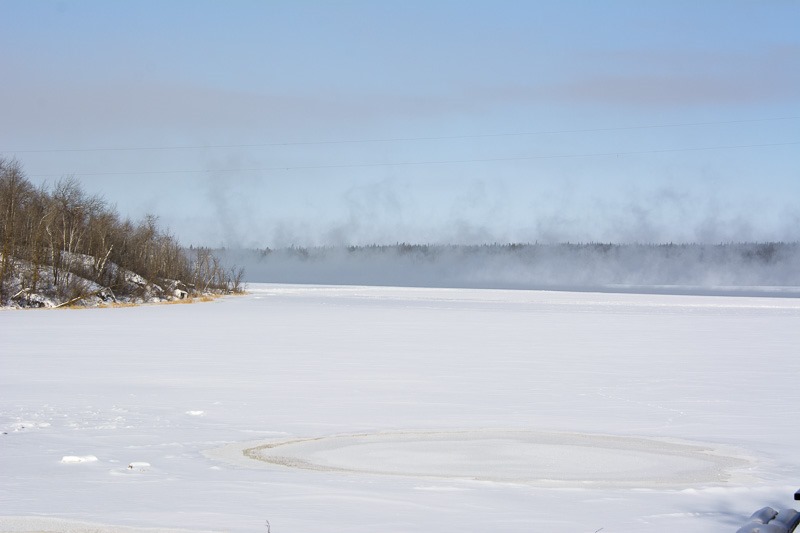 Then I looked back to the dam close by and saw this. Plumes of steam everywhere. If any power plant would heat up that mass of water to a boiling point, it would have been an ecological disaster. No, this water has a temperature of only one or two degrees above freezing point. The difference in temperature with the air temp of –28C makes that steam will form from anything that is liquid and warmer than that. A mere 30 degree difference will do the trick. Even if the resulting temperature is only +2C or 34F. A bit of thinking and the phenomenon is explained. Good thing I had physics in high school… 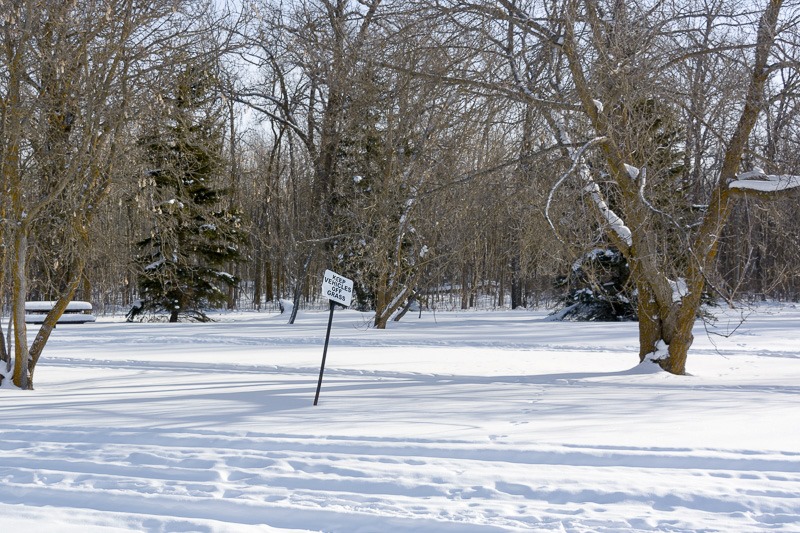 “Keep vehicles off the grass”

Going back to the car, I saw this sign from warmer times… A bit ironical at this time of the year, though… This is definitely a place where I will come back to. If the river doesn’t freeze over by –28C the water must be raging when the ice melts in spring. I’ll be back!