Some people have asked me, “How do you always come back with so many great pictures from your trips?” Well, not all trips are always successful. I can remember a “hunt” for Snowy Owls where all I got was a white plastic bag from far away. No owls to be spotted. Sometimes I come back with a lot of pictures, only to see later that only a very small portion of those pictures are meeting my criteria. 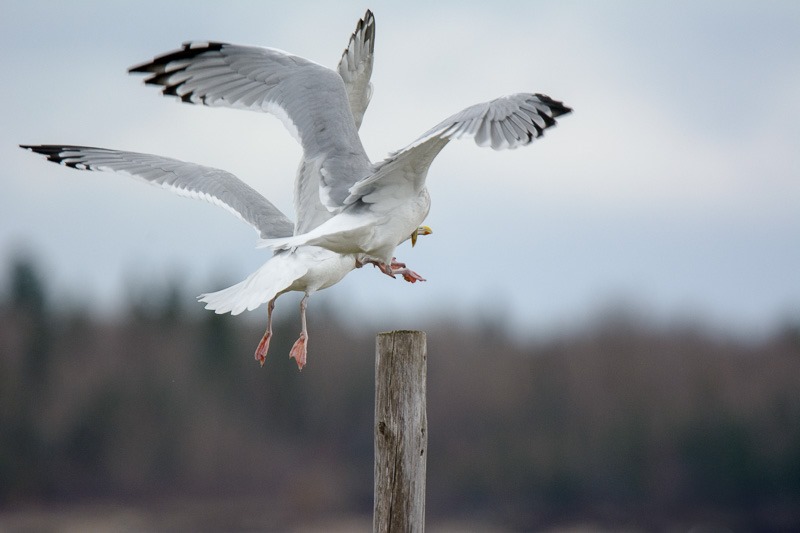 After all, you can’t force nature to do what you need for that perfect picture. Some subjects are more willing than others, but in general… not so much. So here is a collection of

pictures that have no “siblings” that I would want to publish anywhere. The lead picture is of a group of gulls when I was trying to get some awesome pictures of Bald Eagles. At one point I started to get hungry. Shooting on an empty stomach is no good, believe me. These gulls, fighting over who would fit best on the highest post so they could get the best shot at some food really reflected my mood at that moment. The restaurant we were going to still had to open. 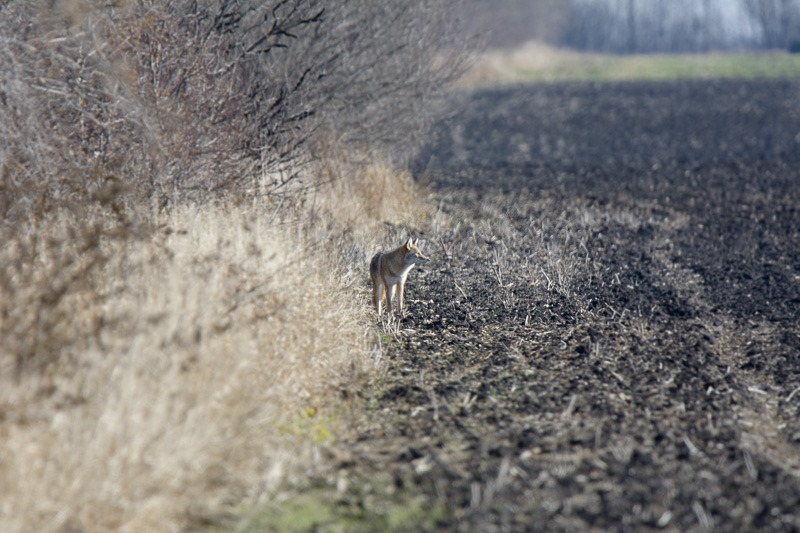 Another trip, another day… Trying to shoot Snowy Owls as they were spotted in the area. Needless to say, the owls seemed to be on holiday somewhere else. Perhaps not on holiday, but they really were somewhere else. Instead I spotted this young coyote in a field. Usually they are very wary of people and they’ll run and hide whenever they see a human. Staying in my car I had a chance to shoot this one. He didn’t come close enough to count his moustache hairs, though. 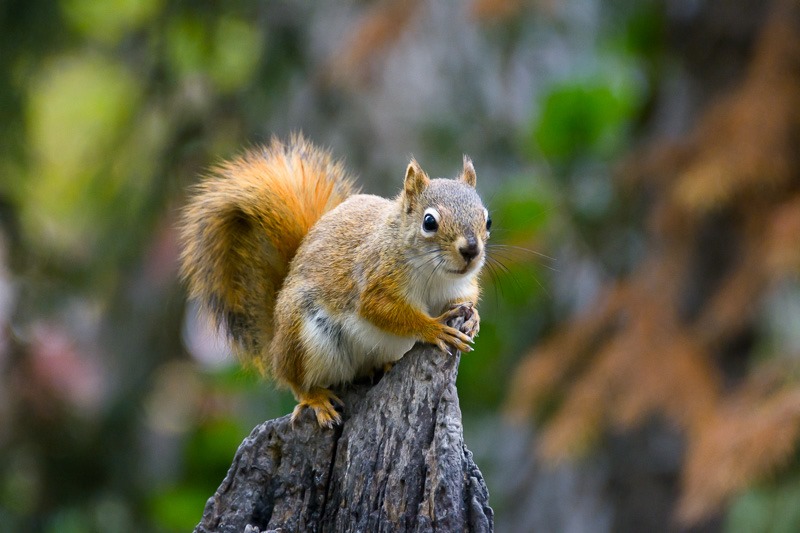 One day, I was going to find some Wood Ducks. The pond was full of birds, but no Wood Ducks. Mallards by the dozens, geese, no problem, but no Woodies. Instead I found this willing squirrel on a stump, trying to find out if I was friend or foe. In the end he decided I was neither and he left up in the trees. 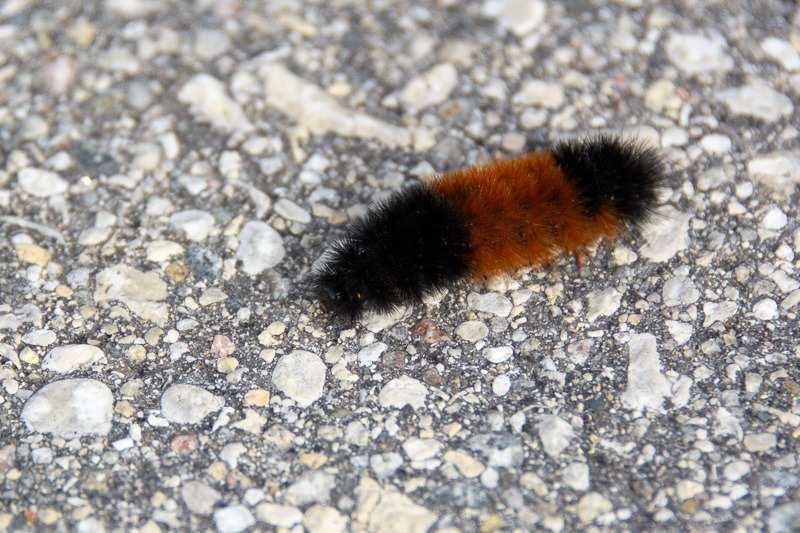 Going out to shoot the Fall colours in Birds Hill Park. I found a lot of colours, nothing really shootable and even less presentable. Then just in front of my feet, this little Woolly Bear crosses the path. Until that moment it was the most colourful being in the area. 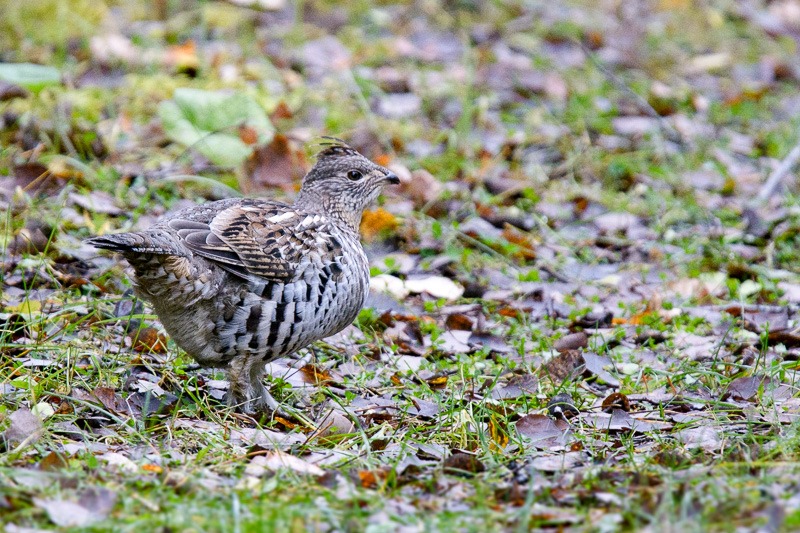 On a hunt for Bald Eagles, the sheer number of eagles was so enormous that for a moment I wanted to shoot something else. This Ruffed Grouse found itself on my path and the long lens I was carrying did a great job of capturing this bird. It was quite skittish, probably because it knows it is very tasty on a human table. 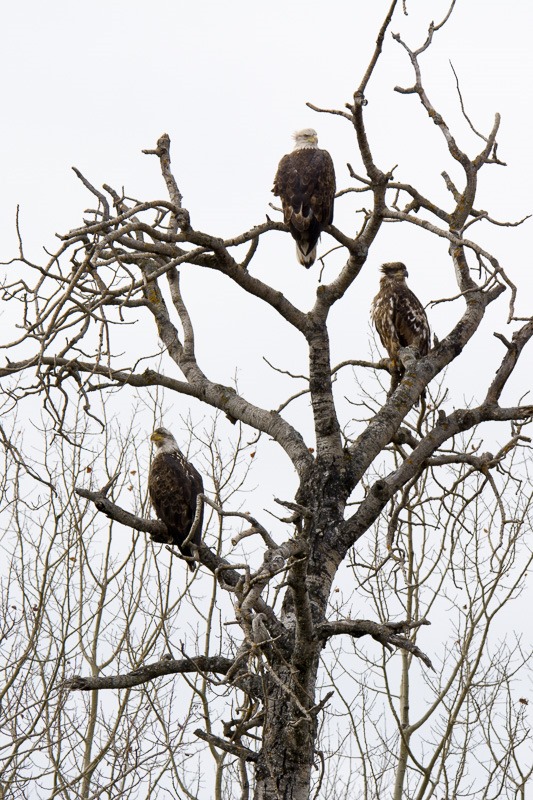 So when I am saying there were eagles all over the place, I think I should prove it. Here is a small “family” it seems. Two adults and one juvenile Bald Eagle. It’s not often one can photograph a number of Eagles together in one shot in one tree. 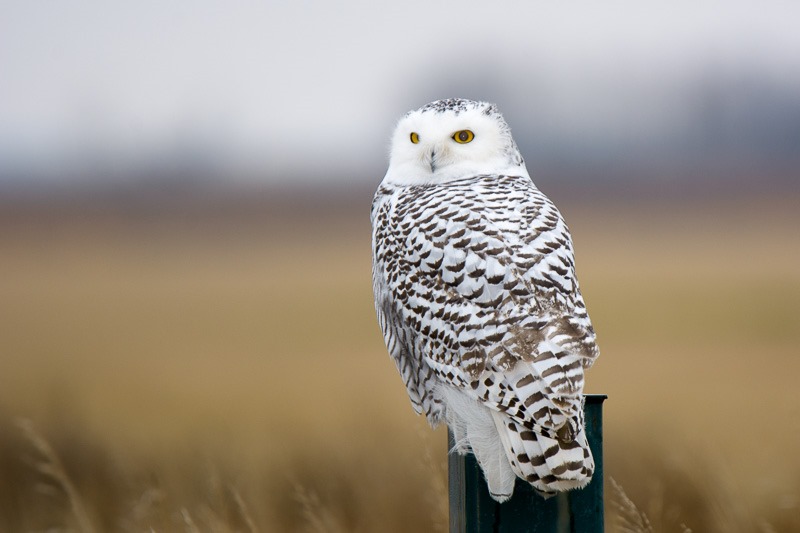 But when I go out to shoot the Snowy Owl, because there have been a few spotted in the area, I will want to find it and take its portrait home. This time I took at least 80 portraits home. Of the same bird. Useless to say that I am not going to post all those pictures in the same place or at the same time

So here are a few outtakes from a few hunting trips. You never know what you get when you’re hunting for something else.