One of the most common elements on earth. One of the more fragile ones too. Way too many places now have water that is no longer of a usable quality for wild and/or domesticated beings, humans included. But as you can imagine, this blog handles only the beauty of the views of water, not the quality over which I have no influence. 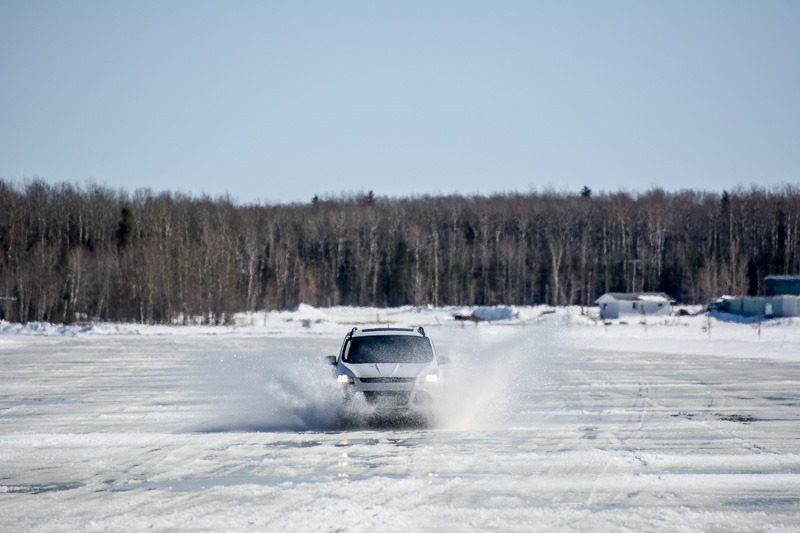 And no, I do not pollute water knowingly. The above picture was taken by my friend who stayed on the shore while I drove over the winter road to Matheson Island last winter.

That was the first time I dared put my brand new car (at the time probably 1500km on the counter) on ice that I had no idea of if it could hold the weight of the car or not. On the way back from the island I noticed a sign that stated that the winter road was good for 39.5 tonnes that day. More than enough for me. So I repeated a few tours on the ice in order to get some spectacular images.

But the post is not so much about having fun on the (frozen) water, but more about the beauty of the water in Manitoba in general. When the ice finally subsides in spring, the water is still very cold and as a result also very clear. Not many algae will flourish at those temperatures. 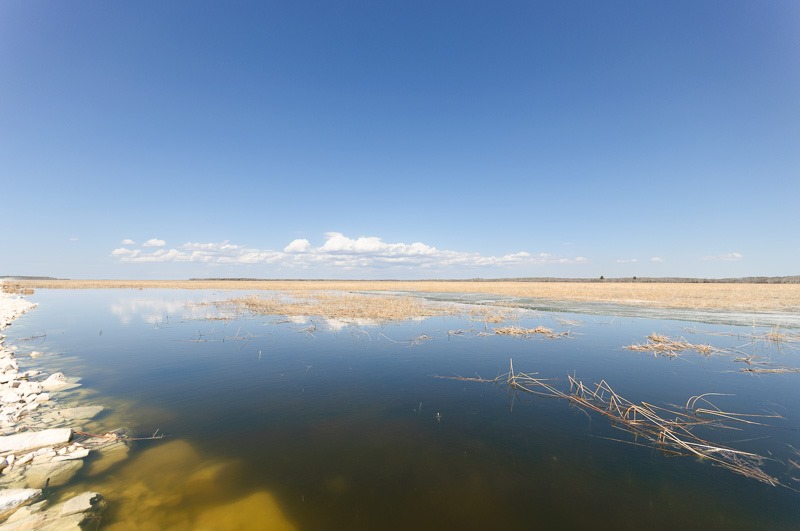 The Shoal Lake area, a mere 25 minutes north of Winnipeg gives a beautiful view over the water. I tried it and it was freezing cold. I also didn’t repeat the experiment. In the above picture you can see a little further to the right that the ice is still there, making the general temperature of the water a simple 0°C (+32F). Later in the season, this area is filled with birds of all kinds. A real Mecca for birders and photographers alike. 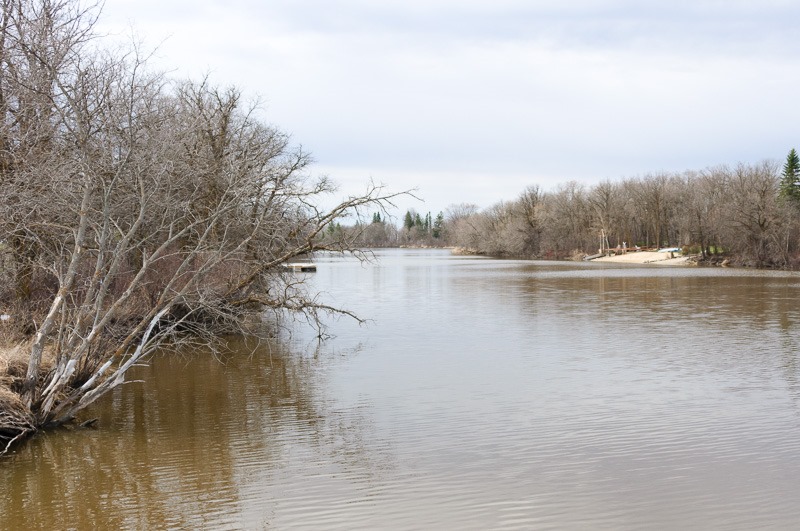 Then comes the time you want to go fishing. Not so much myself, but I will tag along with my camera. The advantage of going out with fishermen is that they never talk much while they’re at it. A nice an quiet time in perspective to shoot whatever you can find

. The above picture was taken on one of the tributaries of the Red River. Not many leaves on the trees yet, but the water was filled with fish (and my stomach empty…).

Then the temperatures rise, all of a sudden. It seems that in Manitoba we have three and a half seasons in the year. The half season being spring. For a very long time the cold temperatures linger, then suddenly the times change and it is warm. Two weeks for springtime tops. 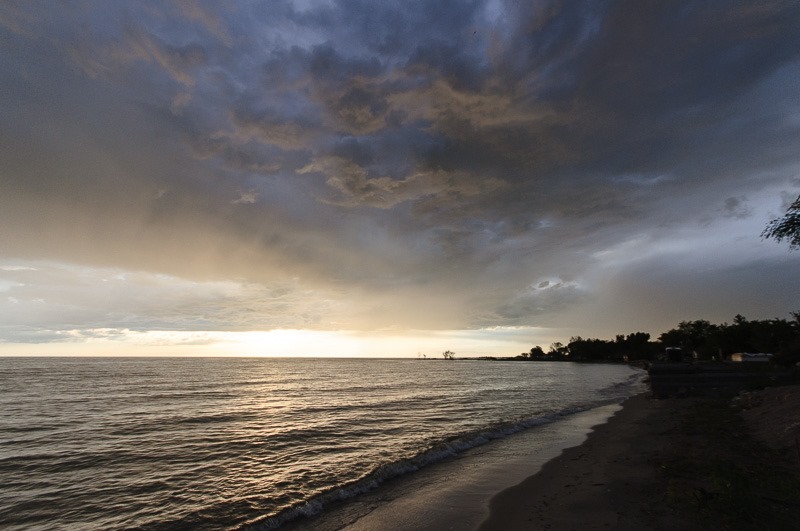 Then it’s summer. Summer also includes summer storms over the water. This was the tail end of a storm that caused quite some problems for the boats on Lake Manitoba that day. But the light under the clouds promised that the next day would be calmer. 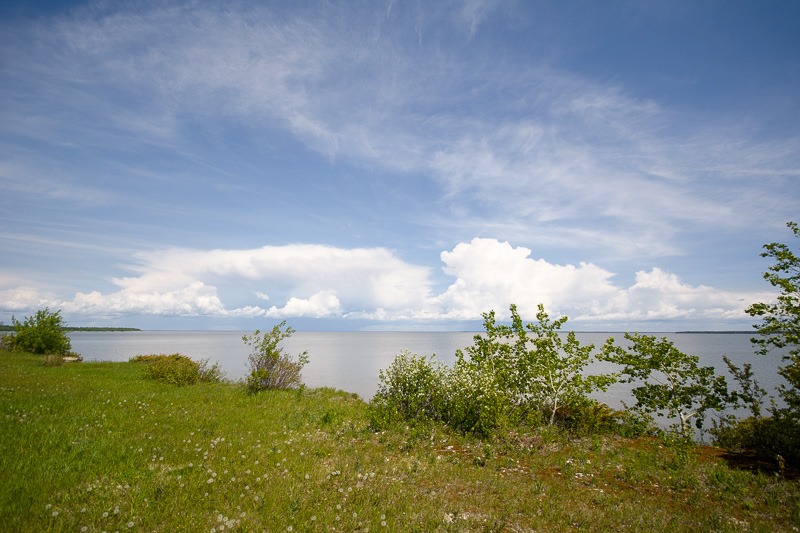 On Lake Winnipeg around the same time, other storms were developing in the distance; we could hear the thunder softly rumbling. That was the extent of our visit that day to Matheson Island. We had in mind some more destinations for that day, but those plans fell in the water along with the thunderstorm 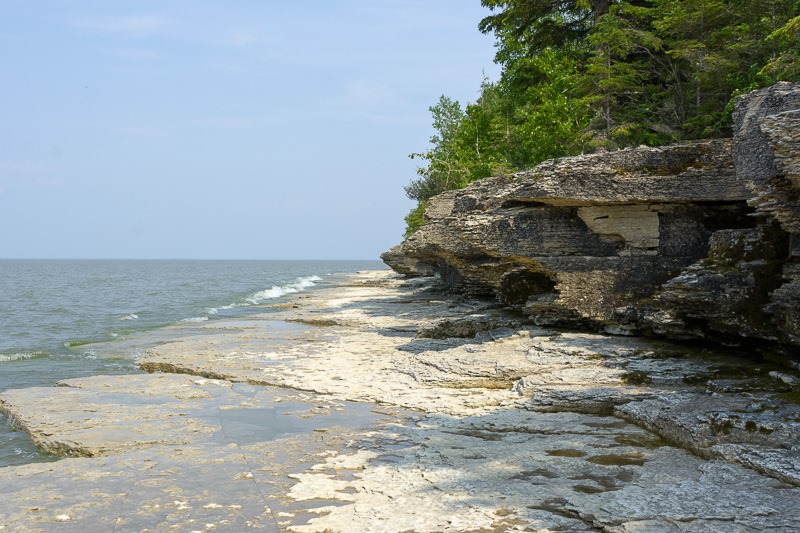 Our next goal was Black Bear Island, where nature has not been disturbed for ages. Since the island is not accessible by inexperienced boaters, the place remains mostly empty of visitors throughout the year. The water was cool and very welcoming. I think the air temperature was around 37°C that afternoon. Once we had walked those shores for about 3 hours we took a welcome bath in the water. Overheating was  nearly an issue that day. 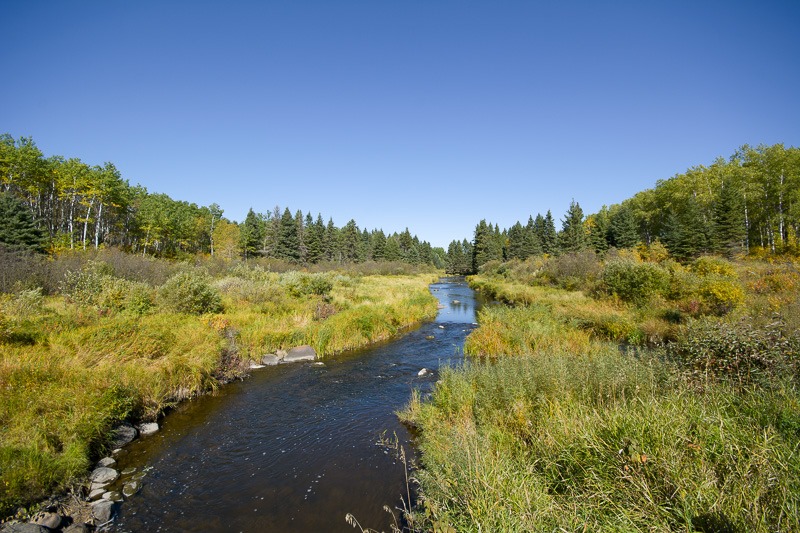 A few weeks later, Riding Mountain National Park had other views for us. A small creek, seemingly coming from nowhere and disappearing into nowhere, offered this picture. The bridge over this water was somewhat dubious, I didn't stay there for very long 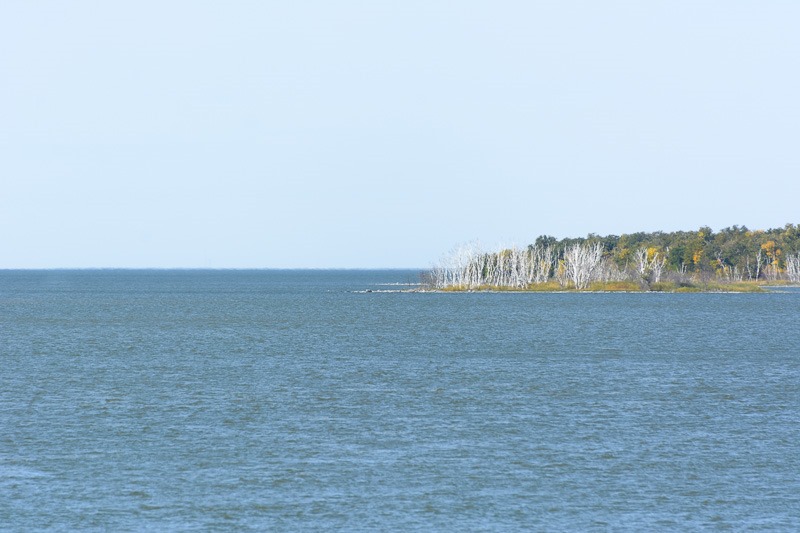 Then, in the middle of Fall, the view from The Narrows on Lake Manitoba already offer a nearly arctic tundra aspect. While the temperatures were still on the higher end of the spectrum, the trees already started to lose their leaves. Unlike here in Winnipeg. The combined aspect of the trees and the bleak bluish colour of the water made me think that winter was not far away. Only a few weeks and this part of the world will be white and cold again.

Until then, let’s enjoy the open water for a few more weeks.