A night in the park

What do you get when you create a group of 16 photographers and go out shooting in the night? Fantastic shots everywhere and a lot of fun. Last week I went with the Manitoba Foto Friends to Riding Mountain National Park. When I mention a park, many people around the world have no idea what a park in Canada entails. Imagine that this park is about as big as… say… the city of Paris plus the suburbs. 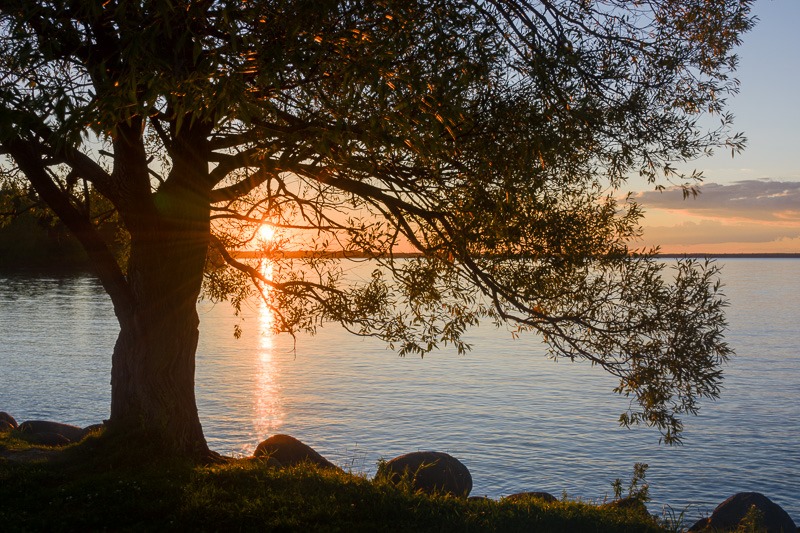 So there we were, shooting our hearts out on the shores of Clear Lake in the park. The evening kicked off with a pretty sunset.

A few minutes after the above shot, the sun was gone and the night sky was about to unfold over our heads. There was a forecast for aurora as well but I didn’t think too much of that. Usually auroras pass by when I am asleep with a headache. Come to think of it, I need to trust those headaches a bit more… 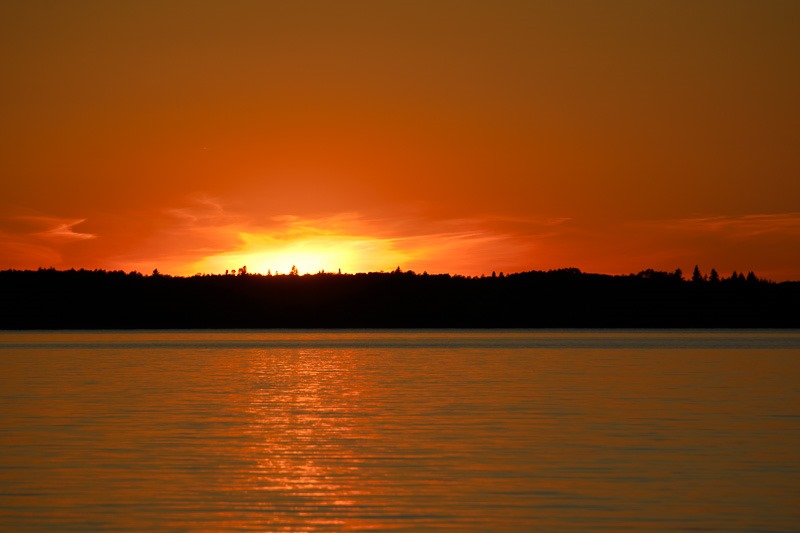 When the sun was about to disappear for the day, the sky was at its most intense. The bright, intense orange is usually a sign that the following day will start cloudy and possibly rainy. It was a risk to be taken. Hmmm, perhaps not a risk, something to simply deal with sounds more like it. 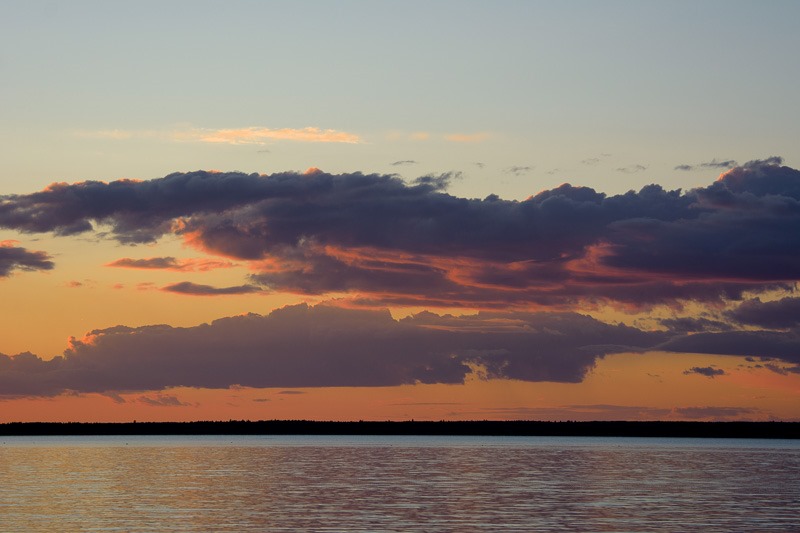 Once the intensity was over, the clouds already started rolling for the night. I started to doubt that we would see much of the stars that night. But as the photographers started to hum together for better skies, the clouds abated and moved away. Far enough away to stay out of our lenses for a while. 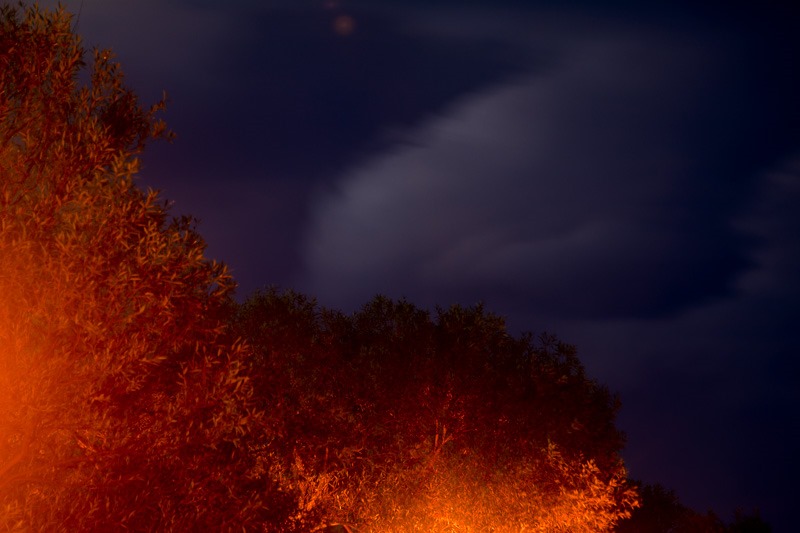 Moving away from the dock, one can only shoot so many times a sunless sunset in the evening, my eye fell on the clouds behind the same tree as you see in the lead picture. I thought I avoided the two street lights underneath the trees… Apparently not, the picture turned out to be one of my favourites 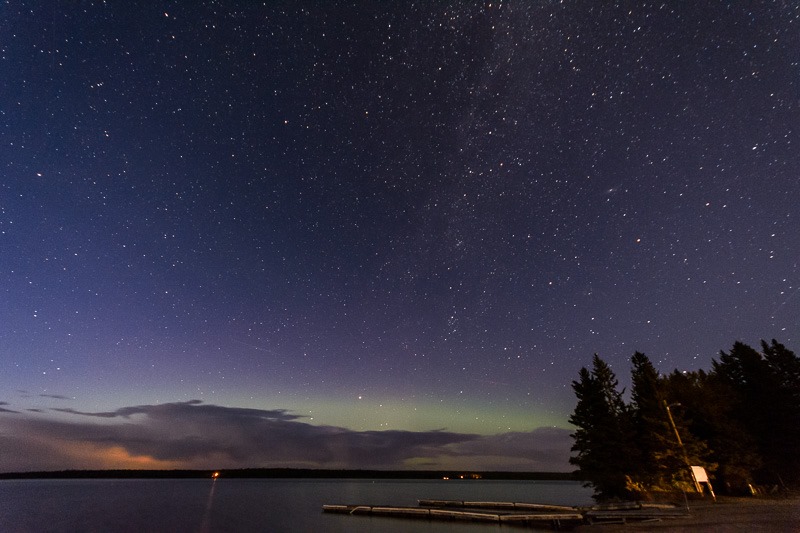 Then we moved away from the dock, having 16 photographers on 10 square meters is a recipe for disaster during the dark hours. But I think the lights on the dock made it too difficult to see the night sky for what it was. So we moved to a nearby beach. You can still see the clouds that were menacing to spoil our nightly escapades, but they stayed at bay. The orange glow is probably the city of Dauphin, on the north side of the park. Also, there was a hint of aurora over the horizon, hidden by the clouds. 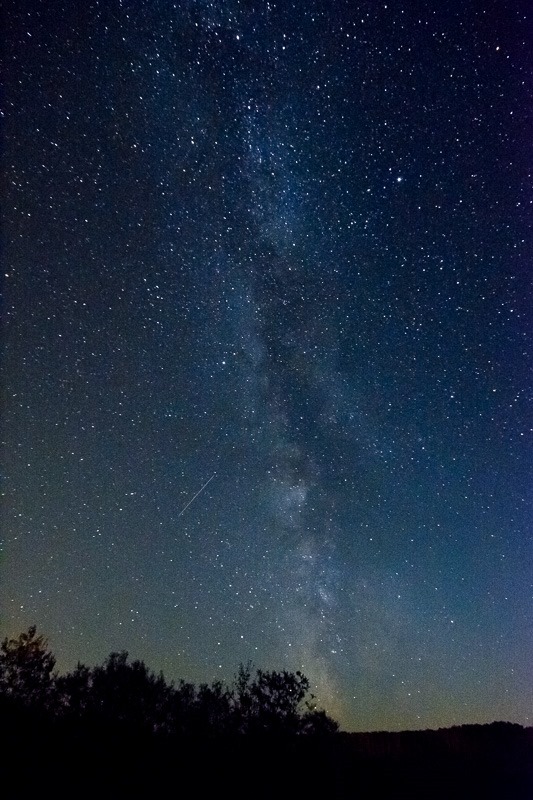 So, my attention turned to the Milky Way. Not the chocolate bar type, the real thing. A satellite of some kind passed in front of the stars in this shot, not a bad shot

. By this time I started to shoot at ISO settings of 12800, something I had hardly ever done before. After cleaning them up in Lightroom the pictures were all perfectly usable. A far cry from my first DSLR where ISO 1600 yielded a bag of grain with a washed out picture instead of a photograph 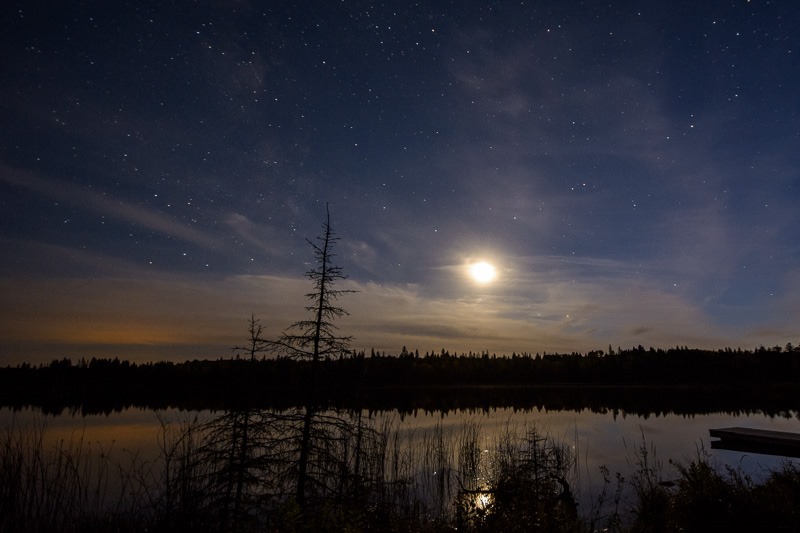 Then we decided to go to a different spot, just to vary the foreground settings. The moon was still in the sky at that time and so I had better shoot it. Of course, if you want the moon in the shot, either the moon is over exposed or the rest of the picture invisible. I preferred to see the stars, even if the Milky Way was hard to be seen. 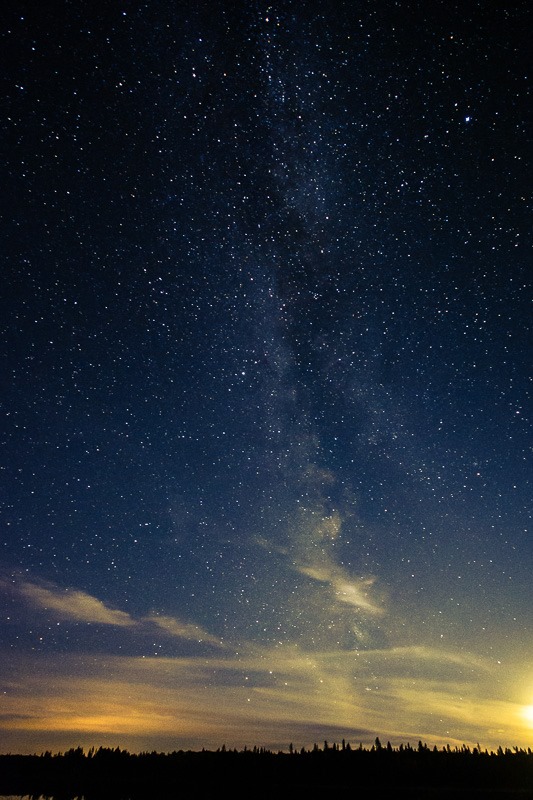 We all waited until the moon had set to shoot our stars the way we had planned. The above shot was only a few minutes before the moon disappeared. The Milky Way already started showing itself but the better shots were still along the way into the night. After another 20 minutes of waiting, mixed with a lot of fun and jokes, it was time to go and shoot that Milky Way as we expected it. 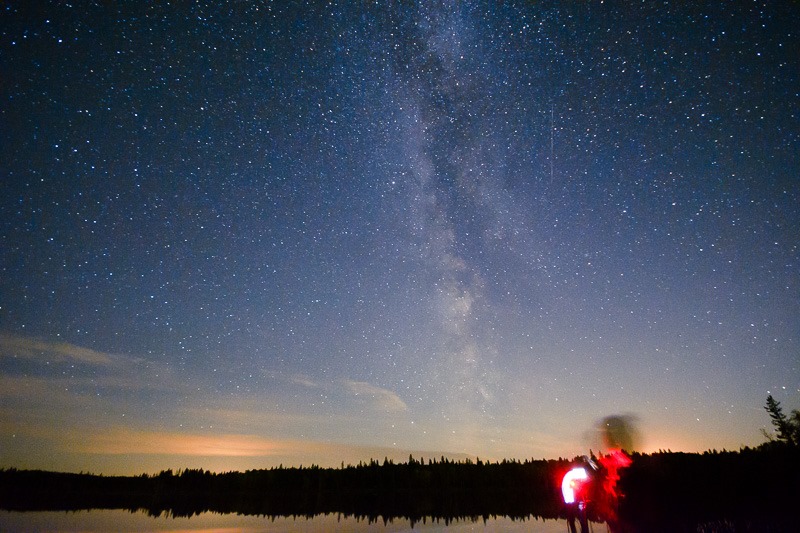 Of course, during that first exposure of the stars, another photographer had to jump into the shot and stay there

. Of well, it gives a sense of life in the picture, even if the figure is only one of a ghost.

Many more shots of the nights in the park are to be checked and sifted through. For now I am calling it a night, one with sleep, that is.