This hasn’t happened a lot lately. Having a job, a home to care for and lots of other things to do that arrive without warning, free time seems to be in short supply. So when the opportunity arises, I take it with both hands. 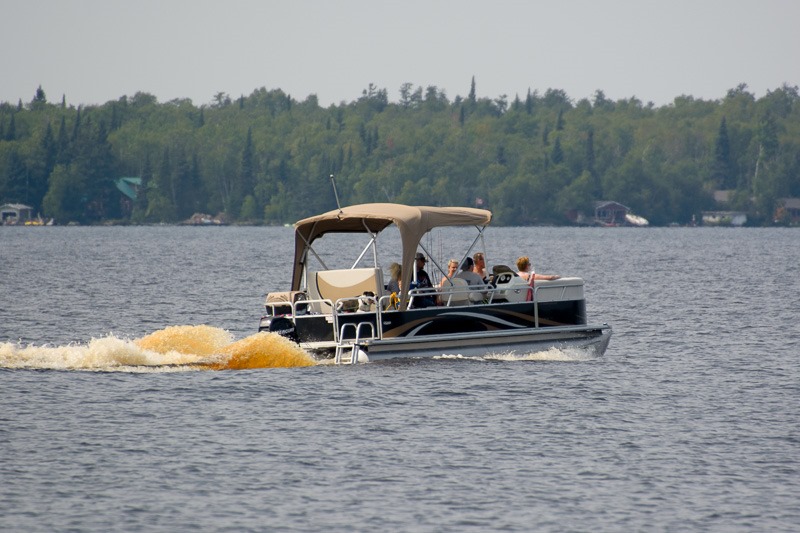 Last week we went for a short drive into the Whiteshell Provincial Park. Nothing fancy, just starting at Rennie and finishing on the other end of highway 307. When we arrived at Brereton Lake, we thought it would be full of people, swimmers and so on. After all the summer has been quite warm. Unfortunately, the recent t-storms have rendered the water pretty cold. As well as a bit murky.

That murkiness is probably from roots and other vegetable material, but it is not very inviting for a swim. So we didn’t go for the swim, anyway the water temperature was not really up to standard

Instead we decided to lounge on the tiny stretch of beach for a while. If you know me, then you also know that I won’t be lying on the sand for very long. I prefer to walk around and see if I can find something nice or unusual instead. 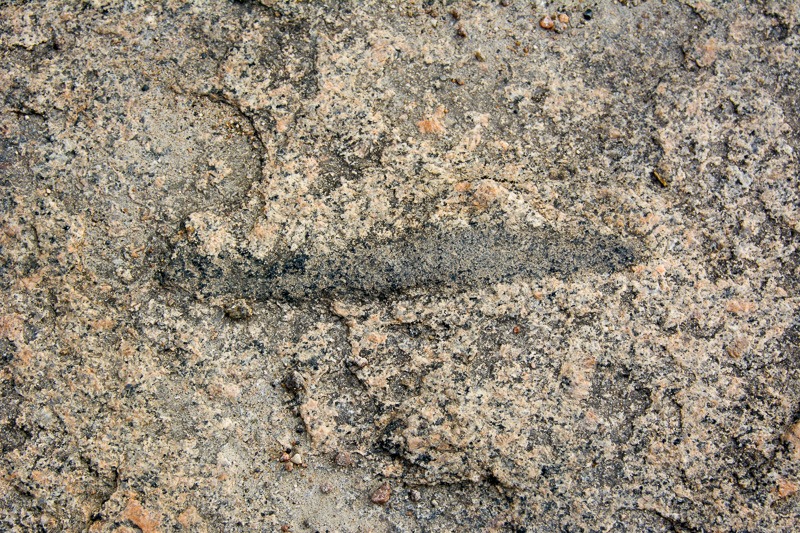 Fossil of several hundreds of millions of years old

), but I didn’t expect to find any fossils in the granite. Well, we did find a few of them. Of course if the granite is exposed and cars are driving over it, the quality of the fossil will suffer. The Canadian Shield is composed of Precambrian rocks that are more than 570 million years old. Some of these rocks are even over 2 billion years old, making the rocks of the Canadian Shield the oldest rocks in North America. It also makes this fossil pretty old. 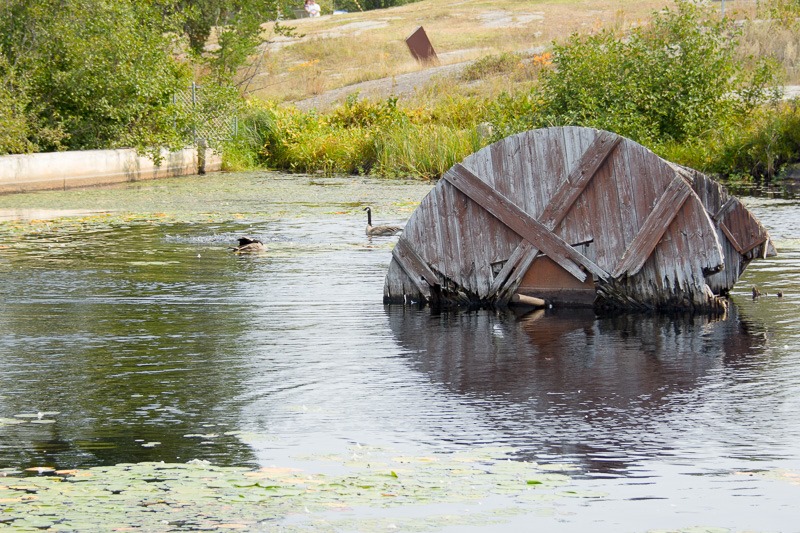 Something that didn’t age so well is this spool that still lingers in the pond at the Alf Hole Goose Sanctuary. I doubt if it will ever fossilize like this

. This is the same spot where a few years ago I went with friends to shoot the Perseids Meteor shower as well as a series of star trail shots. It does change by daytime… 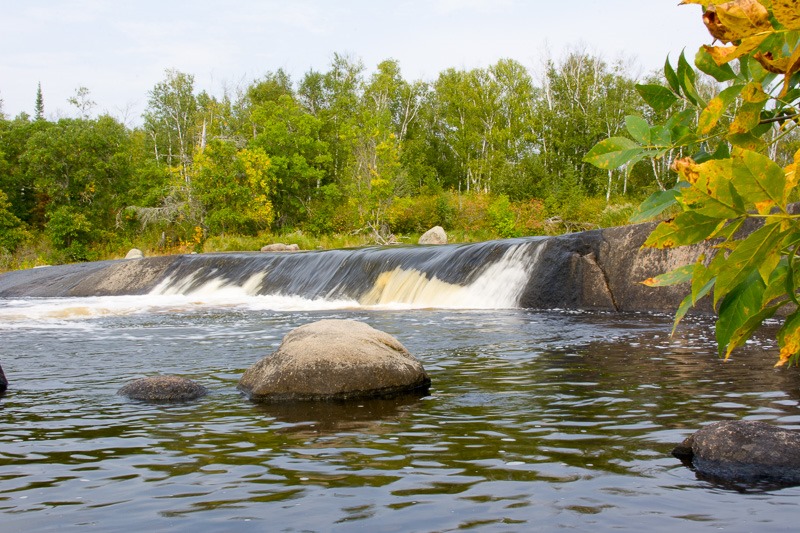 After a while on the road again, we stumbled upon a sign to “Rainbow Falls”. The landscape is pretty flat, you cross the Rennie River multiple times while staying on the same road, so waterfalls? Then I remembered that we had been near the place a few years back, but without going all the way to the end of the road we didn’t see the falls. The road must have been too snowed up or muddy, I don’t remember. 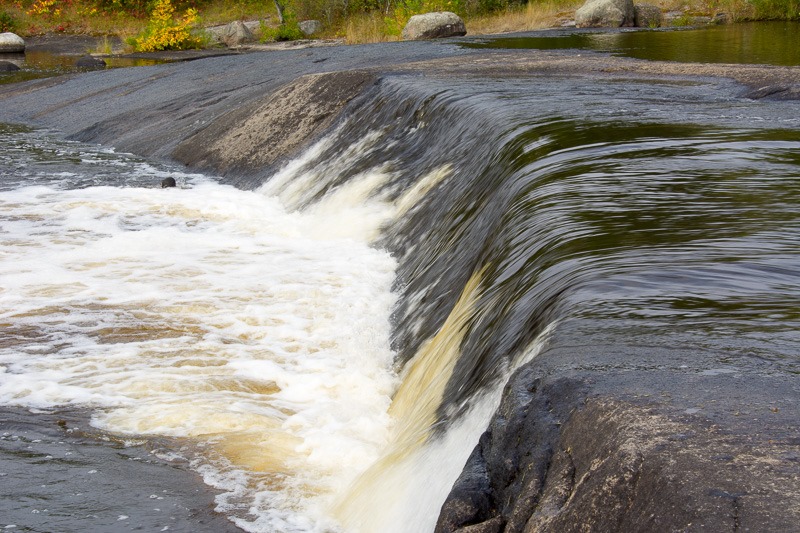 Here again you can see a piece of the Canadian Shield, not giving in to the force of the water over all these years. You can also see the brown, murky quality of the water due to vegetation upstream.

Then I saw a bear.

A big, black bear, on the far end of the river. The first one I would be able to shoot since I had my camera in my hand. 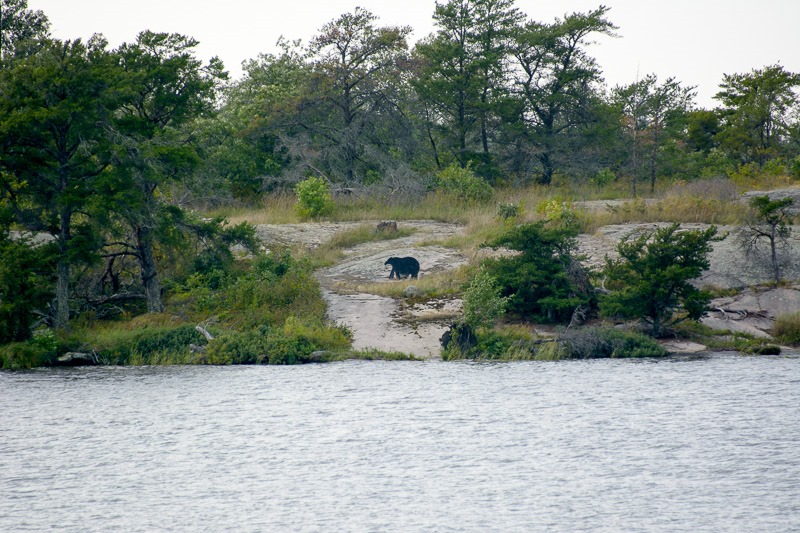 The bear made it real easy for me to shoot it. A little bit too easy. Until I noticed that it was perhaps eating and didn’t move very much. If I’d had my 600mm with me, I would have noticed the wooden supports under its paws right away. Oh well, next time. In a few weeks I will be going to another Park, where, hopefully, bears, moose and other big game will be roaming in front of my lens. 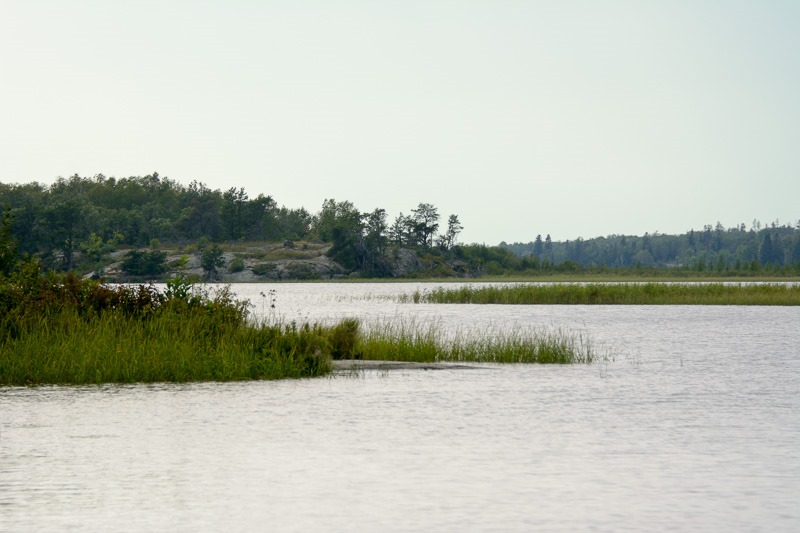 In photography the S-curve is always prized. Or so they say. It makes for interesting landscapes or compositions. Here is my take on that natural S-curve. Not bad. Other curves in the park were at a campground, where the grounds keeper held court. 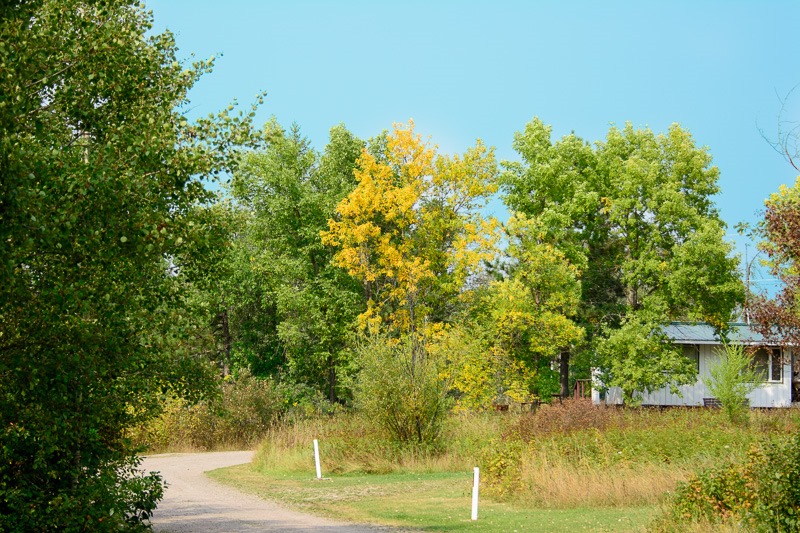 As you can see, in late August, some trees are already turning to yellow. If we don’t get too many severe storms this fall it will make for some interesting colour shots. The tentative yellow of this tree didn’t really convince me that fall is on its way, but hey, the time of the year tells me to expect anything. 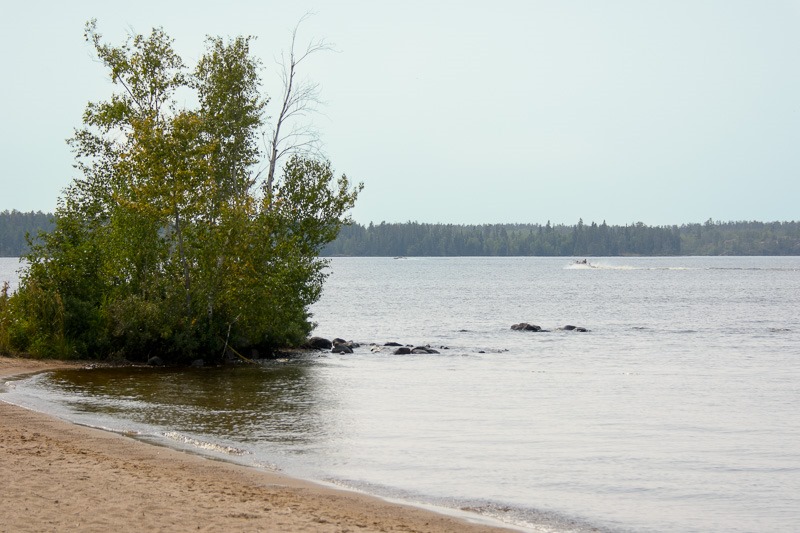 Soon the beaches will again be empty, quiet for the whole winter to pass under a thick blanket of snow and ice.

We’re not there… YET.