From dusk till dawn

It sounds like the title of a song. It might as well be, when the time from dusk till dawn is spend inside Winnipeg, shooting… For many people, being outside during the night is a “sin”: you should be at home, be with your family and enjoy the homely life. For photographers, this enjoyable, indispensable part of life must inexorably be supplemented with time outside. With a camera, of course. 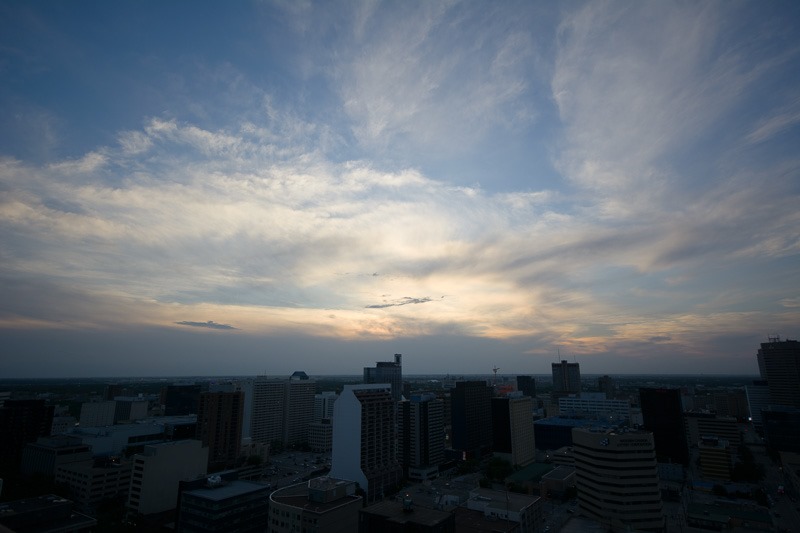 While I don’t consider myself a photographer, that is, a professional one, I do like to go out during the night, shoot all kinds of cityscapes and landscapes and then come back to the comfort of my home.

My wife often disagrees with that and prefers me to stay at home altogether. Striking a balance between the two fires is a must. So sometimes I go out, most of the time I stay home. It’s also not good for me to be outside every night. 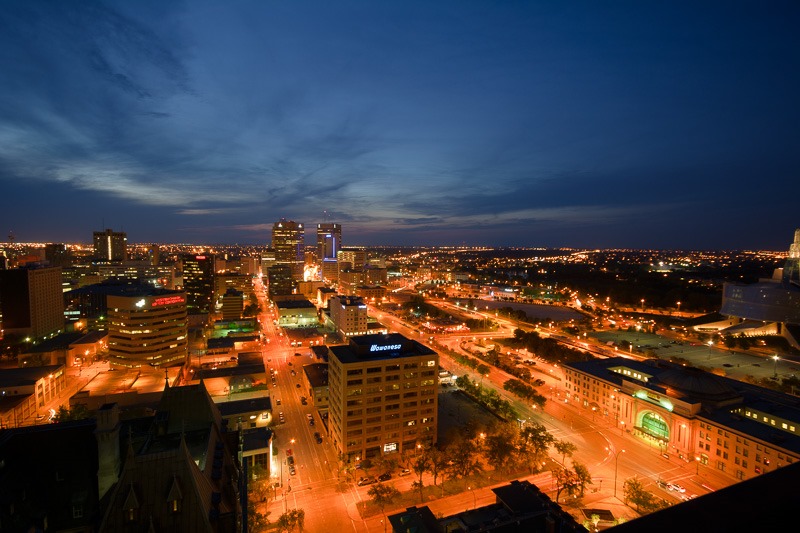 So, over the last months I did go out a few times. Usually sleep wins the contest, but sometimes… Sometimes outside is the place to be. The lead picture and the picture above were taken just before sunset, in different parts of the city. The mood changes dramatically over a very short period of time. Now I can’t be on top of one of the highest buildings of the city every time, so other pictures had to be taken from (mostly) ground level. 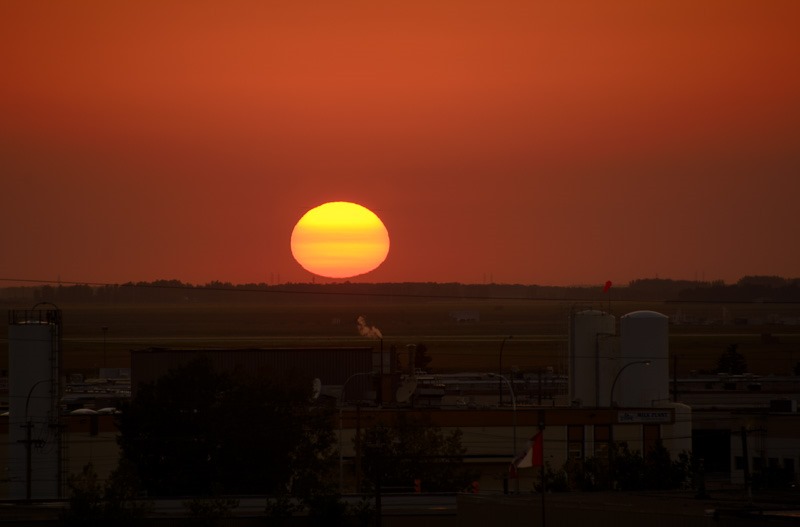 When the sun really sets, it’s time to capture the moment. Modern humans no longer use stones to measure the time and place where the sun sets every day. The Photographer’s Ephemeris, GPS and Internet have made sure of that. But having some kind of foreground in your sunset shots always helps. Even in the above shot, the foreground is more of a hint than a real element of the shot. Looking at the sun over a prolonged period of time is still not a recommended activity though. 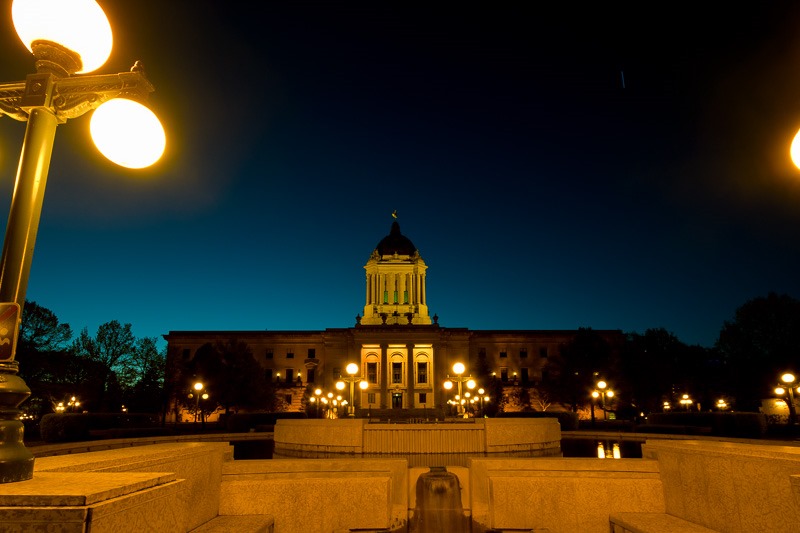 Legislature in the dark, an omen?

When the sun has finally dipped below the horizon, things start to change. Some night birds will come out of the woodwork, others will disappear in fear of the dark. For a photographer, that dark is never really completely dark. Colours start to be more pronounced, contrasts are either fading or increasing, depending on the settings on the camera. 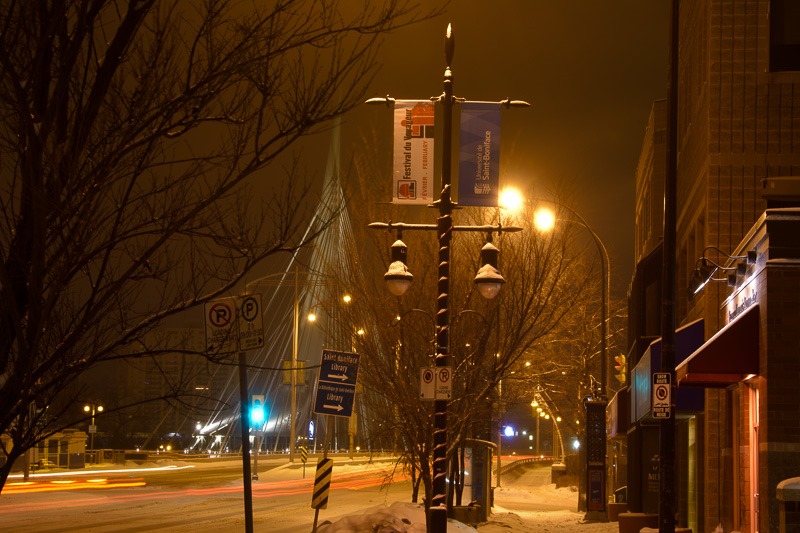 Other places become seriously uninviting, even if the place itself is a great place to get a shot. Not a shot of rum, though. When taking the above picture, even the shot of rum would have been very welcome. It was too cold to even wander around for a while. This one was the kind of: out of the car with tripod deployed, set up the camera, shoot and get back in the car. All within a thirty second timeframe 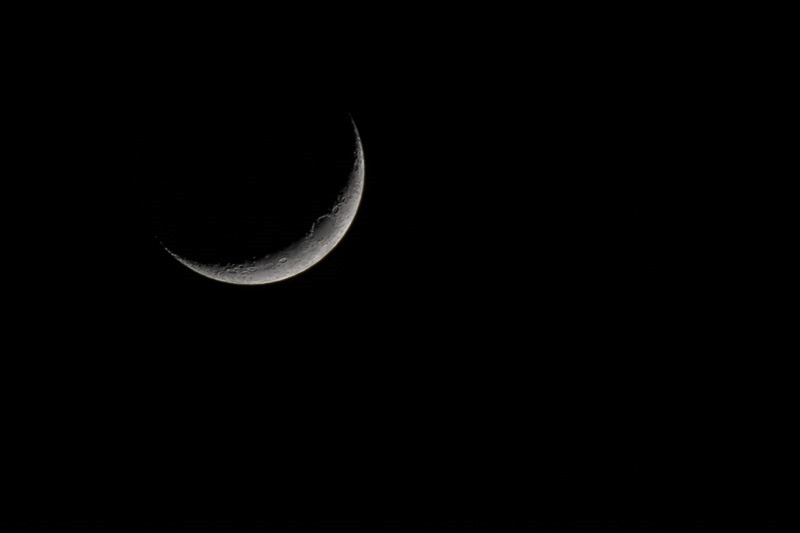 On clearer nights, the sky turns to a deep blue, and when even the blue is gone, in the deep of the night, the moon will reveal some of its mountain ranges and crate rims. The craters are a testimony of a very violent past where it was bombarded from space. No atmosphere means no storms and no erosion. What we see is what was there millions of years ago. 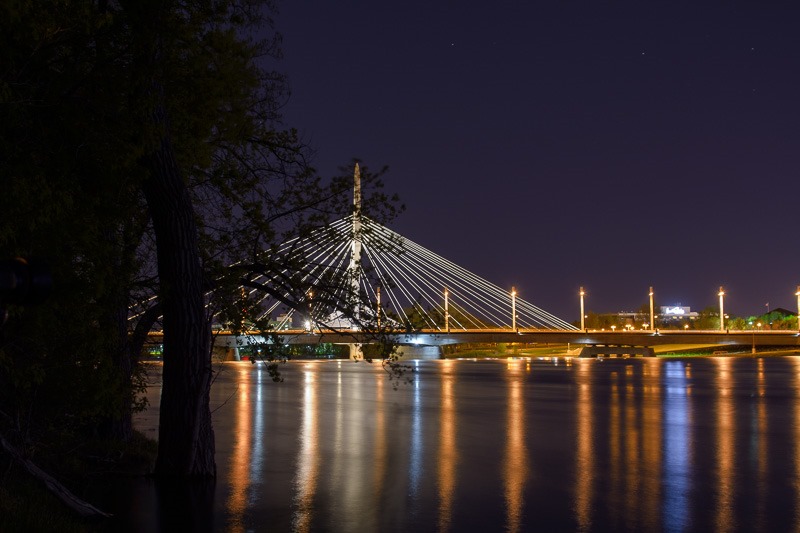 Coming down to earth, the night and the city have other secrets to reveal. The famous bridge in Winnipeg that I shall not name here, will show more of its beauty in the night when shot with a long exposure. Twenty seconds were enough to capture this view not far from downtown. 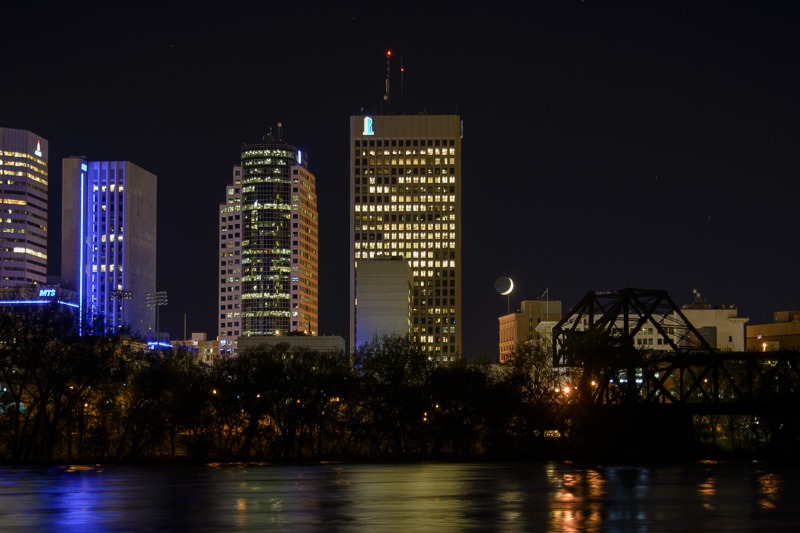 Looking the other way, a last glimpse on the moon yielded the above shot. A few seconds later and I would have missed it altogether. The buildings in the city do a fine job of hiding things. They hide things in the alleys between them, in their basements, parkades and other spaces. Going there needs a different kind of photographer, probably not only armed with a camera. I might go there one day, when and if I find the courage. Perhaps with other photographers when cameras will suffice. 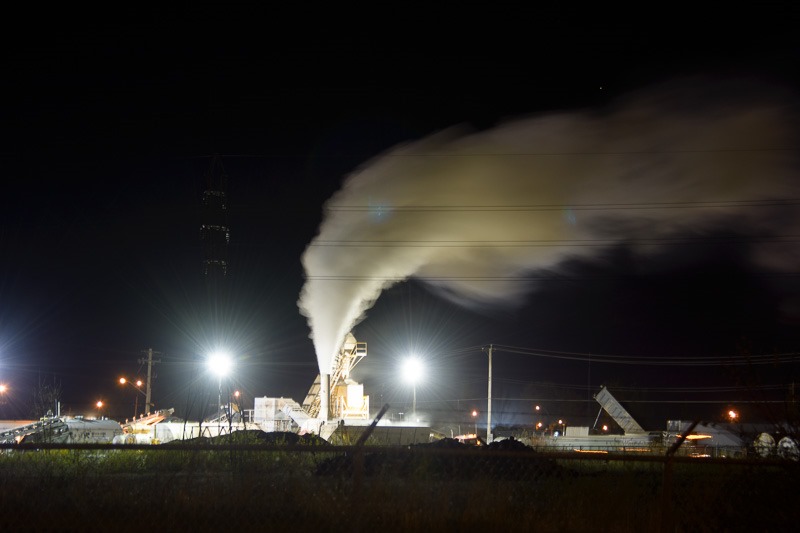 Other places don’t try to hide their secrets, but the mere sight of them makes me cringe. I have no idea what was being prepared under that smoke stack, but I sure as hell don’t want to be downwind of that smoke. I have never seen this activity during the daytime, but the fact that big lights are trained on that chimney makes me think that is is something the company wants to keep a close eye on it.

Better them than me, I shot this from far away, a 300mm lens comes in very handy, even if it’s not the fastest one on the block.

Whichever way you look at it, the city always has something to offer at night. All you have to do is take out the camera, go out and shoot and…Stay awake.