We’ve all experienced this. Early morning, you get up, taking care of Nature’s business and you look outside to see… nothing. Everything is white and no way to see a hand in front of your eyes. Well, maybe I exaggerate a little here, but you get the idea. My usual reaction to this phenomenon is to get back to bed. Sometimes, however, the opportunity is too good to pass up and I go outside instead. 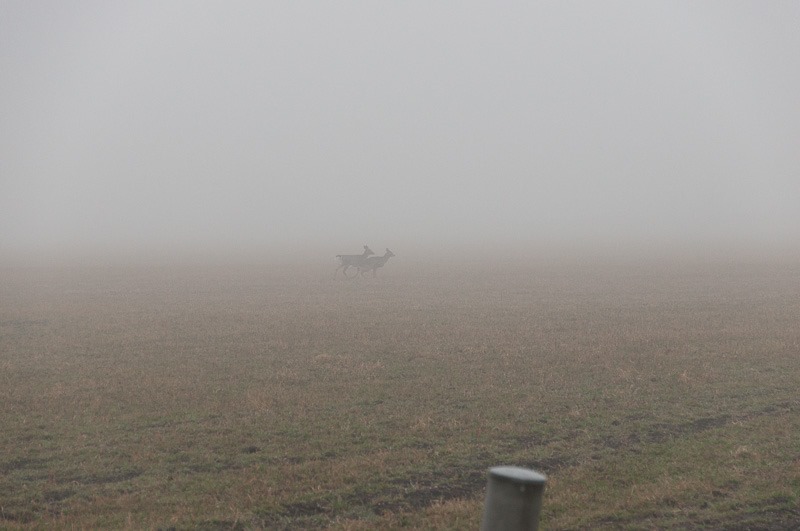 The last time this happened, my cat had woken me up, triggering nature’s calls and a serious invite to feed the furry animal. After that was taken care of, I looked outside and thought to myself: “Self, you should go outside and shoot some of this!”. So that’s what I did.

I think that getting dressed is the most difficult part at that time of the day. Taking care of the household business like breakfast, tea, coffee and other snacks can wait. Everyone is still asleep, except for the cat and me. Kitty is not going outside yet

, so off I am on the road, trying to find a unique spot to shoot this morning whiteness. 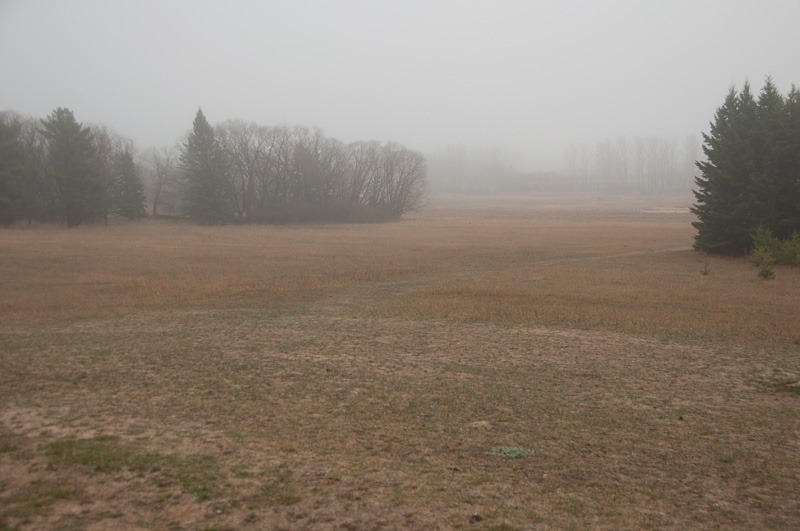 Sometimes I can get far enough away from the house to get to a really natural looking spot, like Birds Hill Park. Here the mist was still hanging low, while the city had already burned off all the moist. Other times, it was possible to get into Fort Whyte Alive before opening hours, mainly because some caretaker had already opened the gates. And had not bothered to close them way before official opening time. 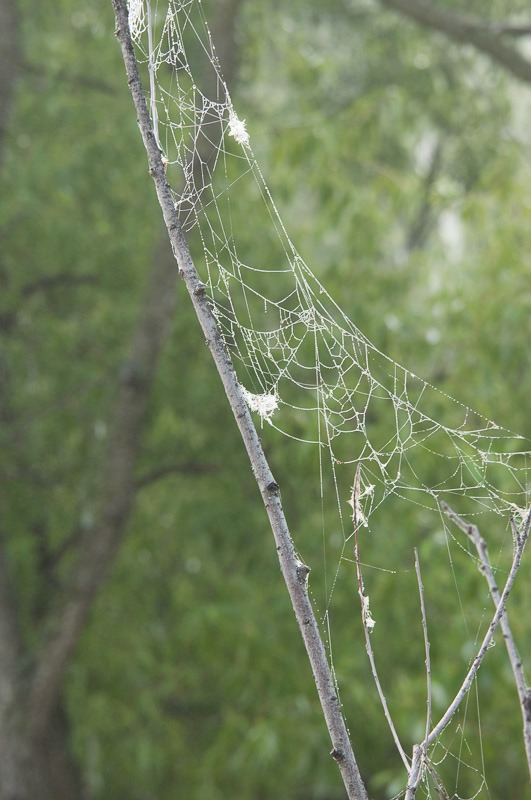 So there I was, shooting the morning mist with my camera, when suddenly someone behind me asked: “What are you doing here this early? Have you been here all night?”. To which I answered truthfully: “I’ve been since the gates were open this morning.” “But we are not open yet! You’re not a poacher, are you?” Ahem, it does look like poaching with a camera bag and a big camera in my hand, right? I showed him what I was after and he then left me alone, still mumbling that it was not possible I was in here already at that hour… 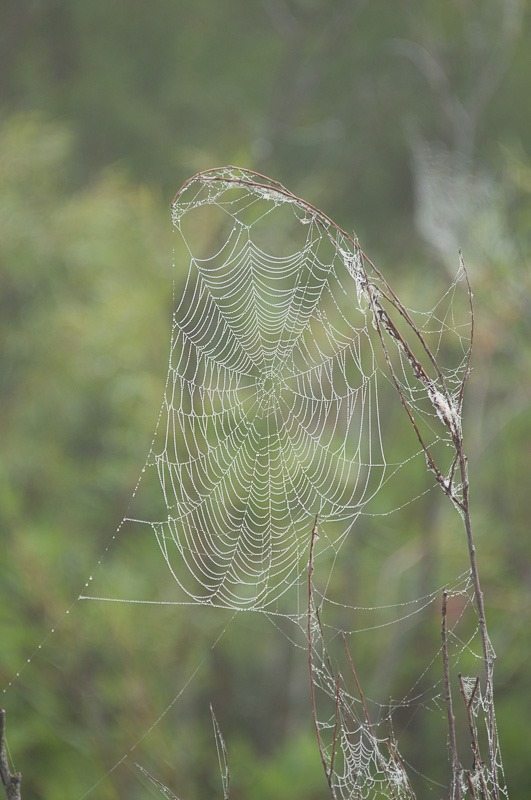 All I was after were the spider webs. They were too beautiful to pass up on. 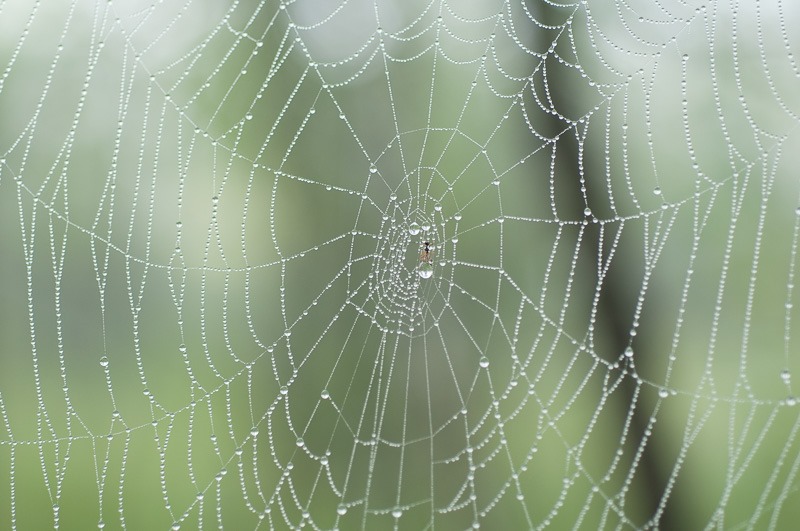 “Step into my parlour, the spider said”

And while I was shooting these webs, I heard other photographers not too far away trying to shoot some birds they hadn’t seen in ages, it seems. I think they were shooting Canada Geese on their way south… 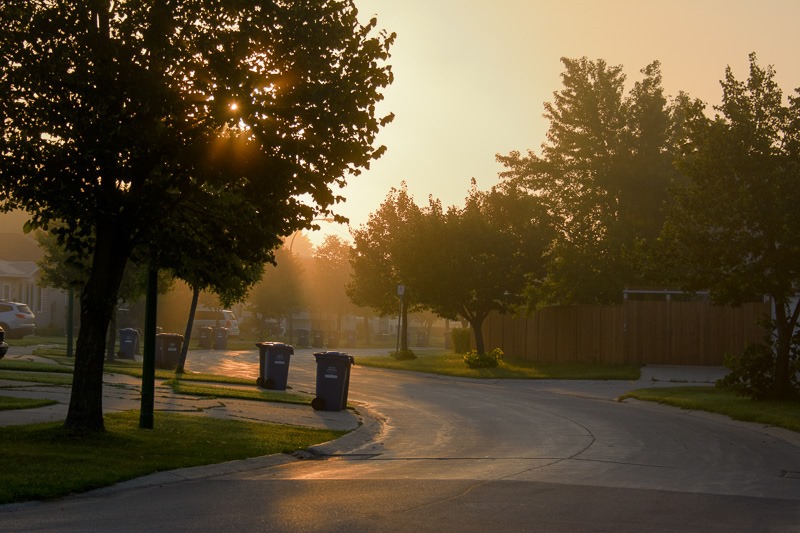 Some time later, the mist was back in the morning and again I had the cat and nature to take care of. Same ritual: nature, cat, clothes, camera and out of the house. It was a bit of a pity that that specific day was garbage collection day in our neighbourhood, but I think I might be able to sell the above picture to the Winnipeg Waste Disposal company 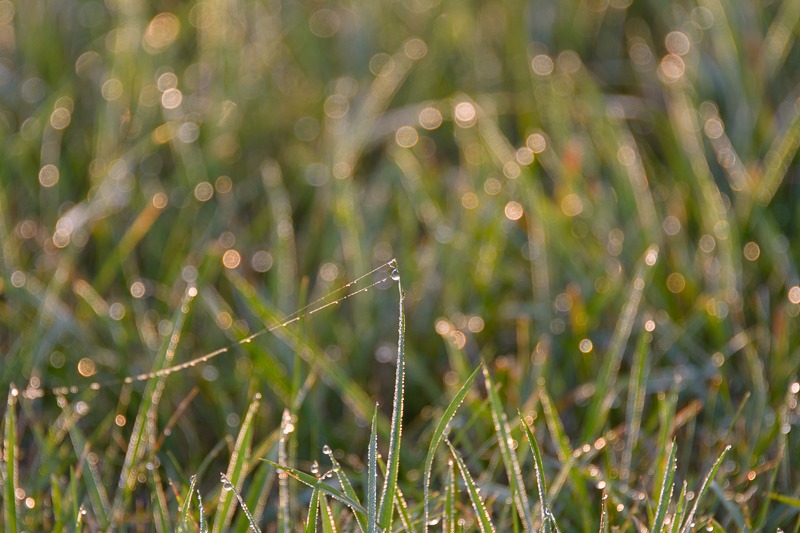 A little down the road is a small park. Usually this park has not much to offer in terms of nature or even shootable subjects, but this morning was different. Long grass had tiny drops of diamonds on them and in that early red sun of the morning it was too nice not to shoot. 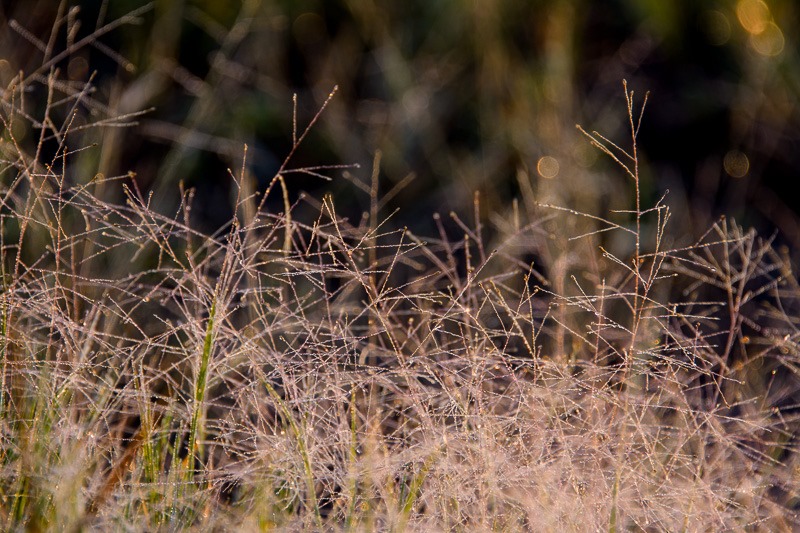 Under the careful protection of swarms of mosquitoes, this little grassy plant looked like tiny needles in the sunshine. I only took a few shots before security came swarming down on me to suck me dry of all my blood. But that didn’t scare me for long. 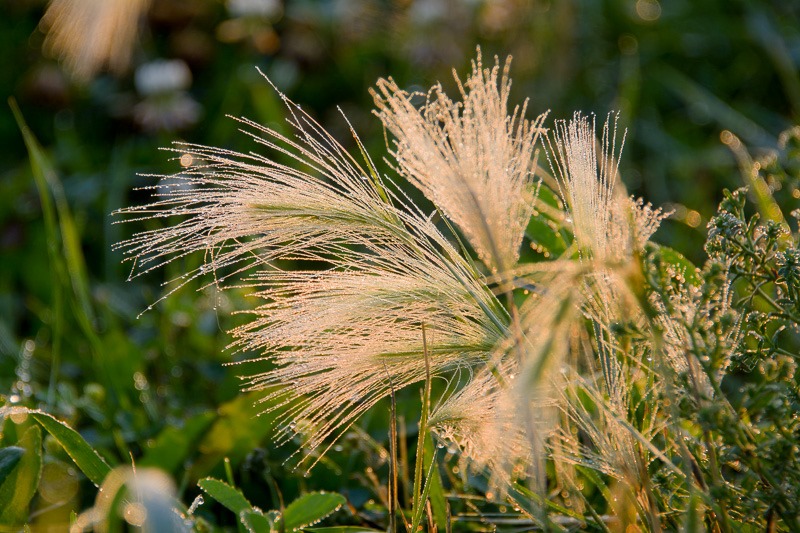 Next I found some tufts of grass that had successfully gone to seed. By that time the mosquitoes were there before me, but I still risked a shot before being escorted out of the park. Once I was back in the street, the mosquitoes were gone, as if to make certain I understood that this was their territory, and theirs alone.

I’ll be back there, one day. This simply goes to say that if you don’t get out when the pictures are at their best and for the taking, you won’t get them