This summer we are being treated again to a number of very interesting skies. I never get tired of them, even if some make me feel a bit uneasy. The first storm of the year for me was pretty far away, over Lake Winnipeg and witnessed from Matheson Island. 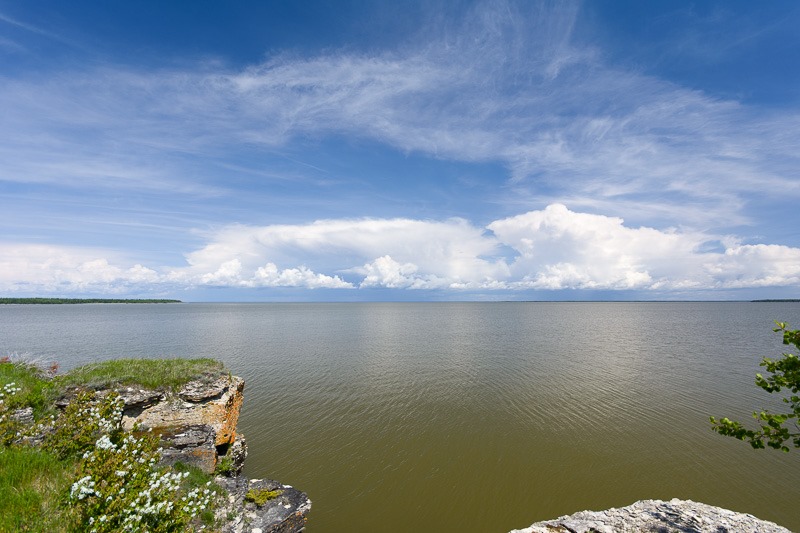 At first glance it doesn’t look like much, but we could hear the thunder from that distance. That meant that the storm was pretty intense. I can only hope there was nobody unlucky enough to find himself underneath it.

It looks like I can never post enough sky pictures from Manitoba. They are always different, however you look at them. Winter skies are awesome when you can see the snow fall, from a distance and preferably from inside a warm place like your house or your car. In the summer, the skies are way more violent although I still need to get my first lightning shot this year. Perhaps I should go ut when the storms are raging, that might help. 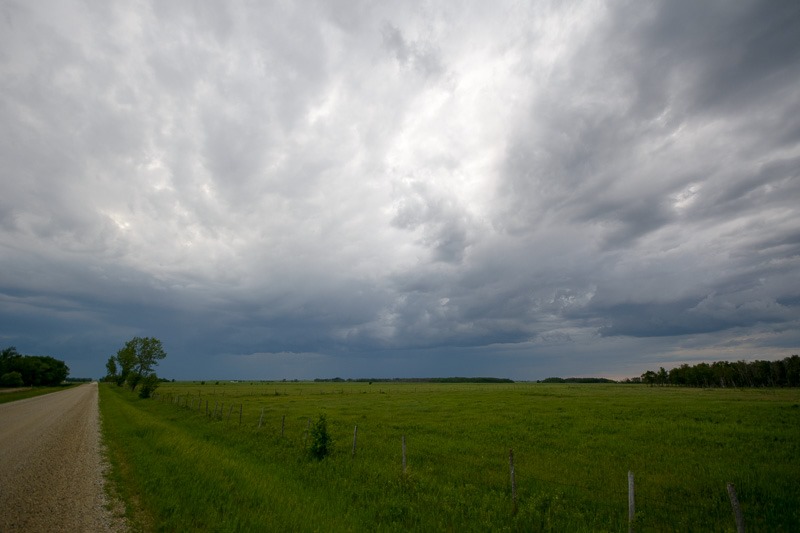 Up until now I only have shots from heavy storm systems, while the assorted lightning was mostly sheet lightning (from within the cloud, just a bit lighting up). No defined lightning for me just yet.  The above shot was over the fields coming back from a trip to Black Bear Island. There was some lightning but the storm blew itself out pretty quickly. I don’t want to think what to do if that storm hit us while on the water in a metal boat… 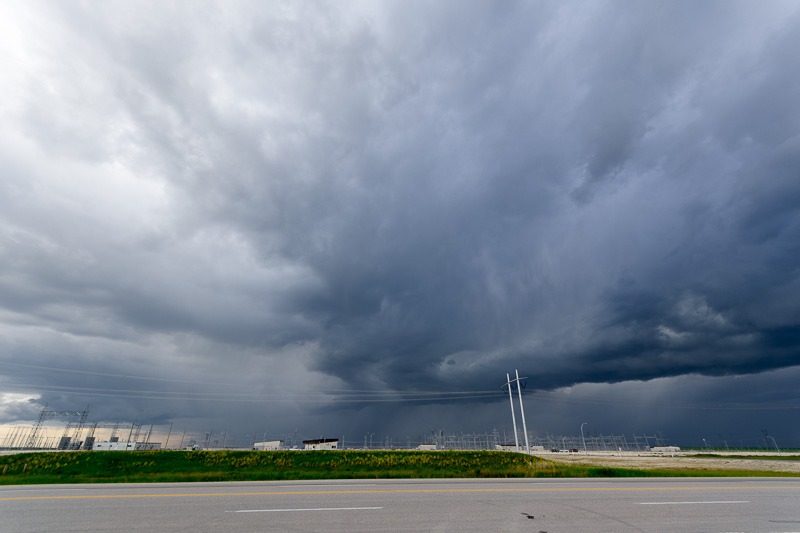 A few days later, a storm came over the city, dumping tons of water. However, where I was standing, the sky remained dry. Again. lots of promises for lightning and none to be had. The only electricity here was in the station in the foreground and not a spark from there either. 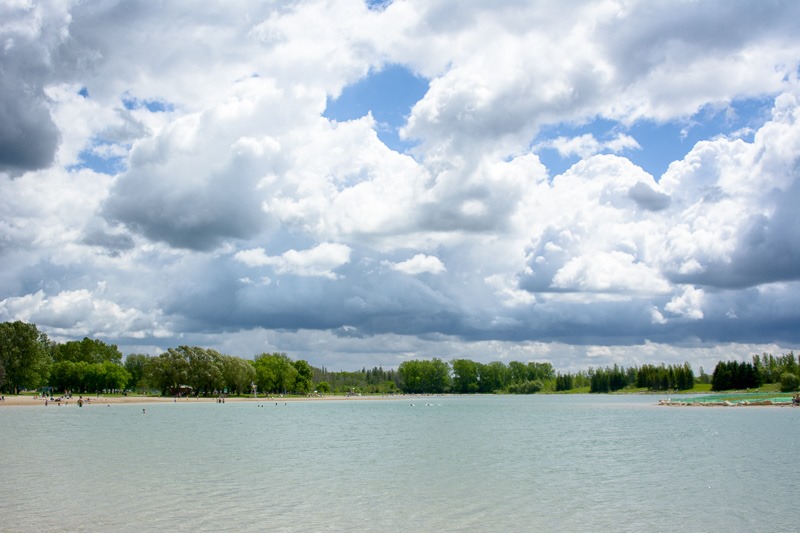 Quiet at the beach

Then I went to Birds Hill Park, ok, not the best place to go for a storm, but we were there already all day and the evening sky became somewhat interesting. Not very threatening, though. Just enough to scare some people away who didn’t want to get wet from above. By the time the clouds closed together to block out all of the sun, the beaches were empty and the roads full. 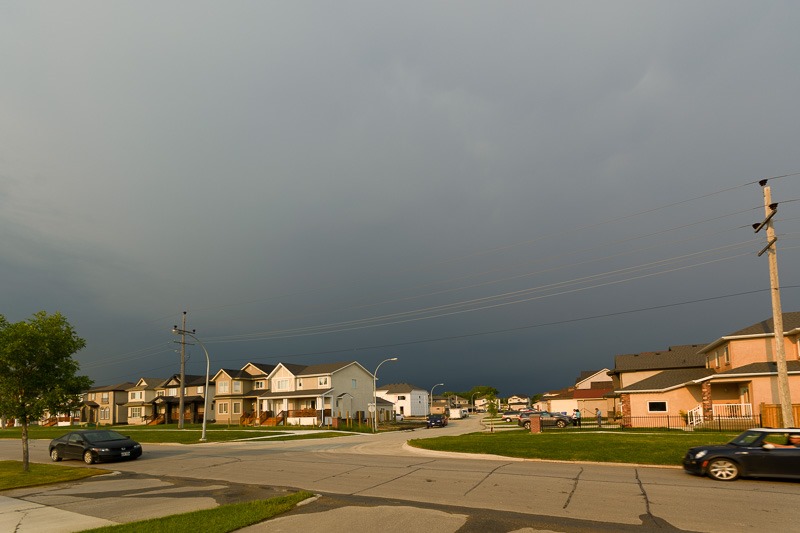 Something menacing for my house

Then, one evening, the night seemed to arrive about 4 hours before its schedule. I went outside and saw the above sky. Again, some lightning but nothing really interesting. The forecast and Environment Canada however warned for funnel clouds and possible tornados. So I went outside to photograph the system. If something was coming to my house to destroy it, the least I could do was get some pictures of it, right? 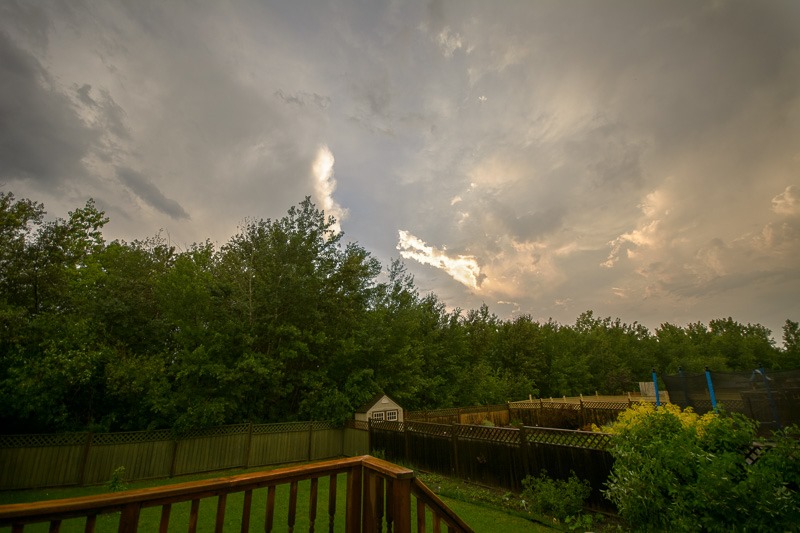 Breakup after the storm

Again, the storm blew over, but it downed some trees in my old neighbourhood on the other end of the city. The trees crushed a car and a shed, destroying them both. For the rest, this storm was a doozy. Once the clouds started to break up, the above view from my back yard made for an interesting shot. Everything was wet, so the colours were way deeper than during the day. 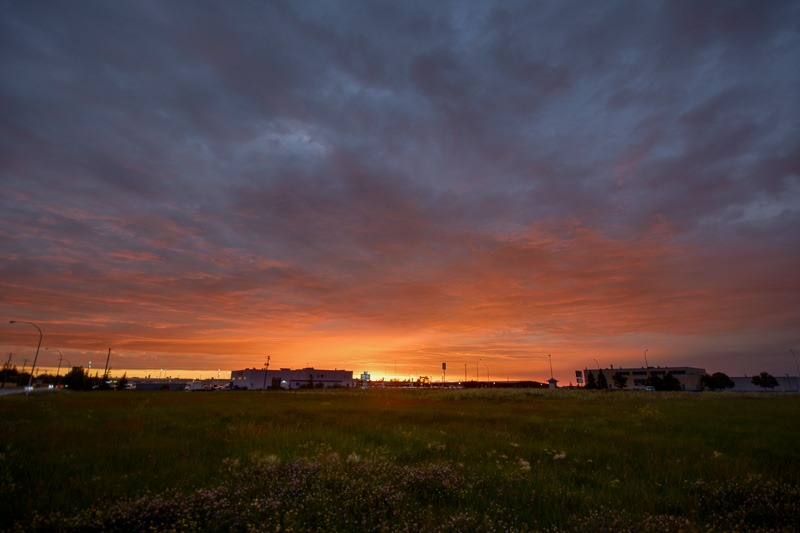 The next sky view was of a sunset after a particularly drab day. Grey and drizzle for the whole day. No need to go out with a camera unless you want to get it soaked without pictures to show for it. All that moisture in the air during the time of sunset, though, gave this one a particularly colourful aspect. Enough to get out, take a few shots and come back inside for dinner. One has to have priorities, right? 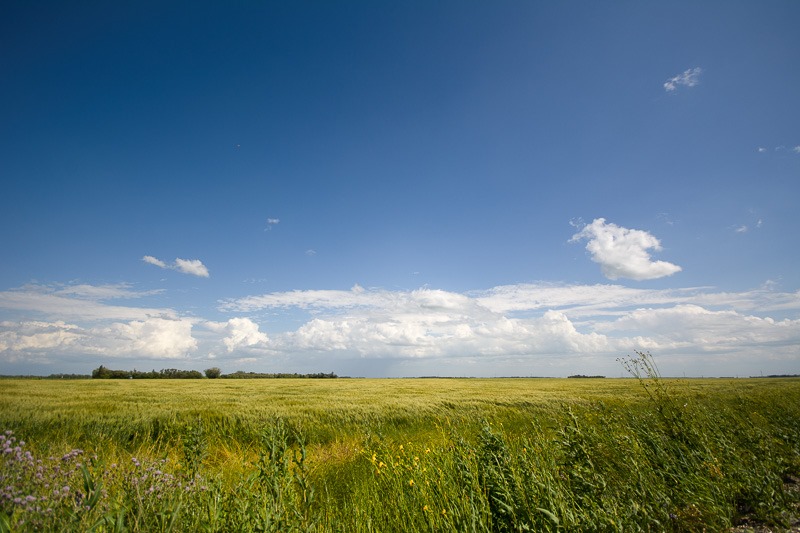 Some rain far away

Then a Sunday afternoon. Nothing to do at the house, nobody interested in going anywhere… You know the kind. That is when you just have to jump in your car and do something before you go nuts all the way. Over the fields near Oakbank, MB, the clouds were seemingly building up, but they were also receding fast. No way I would go and chase them. By the time I’d get to them, my tank would be empty and the storm dissipated. 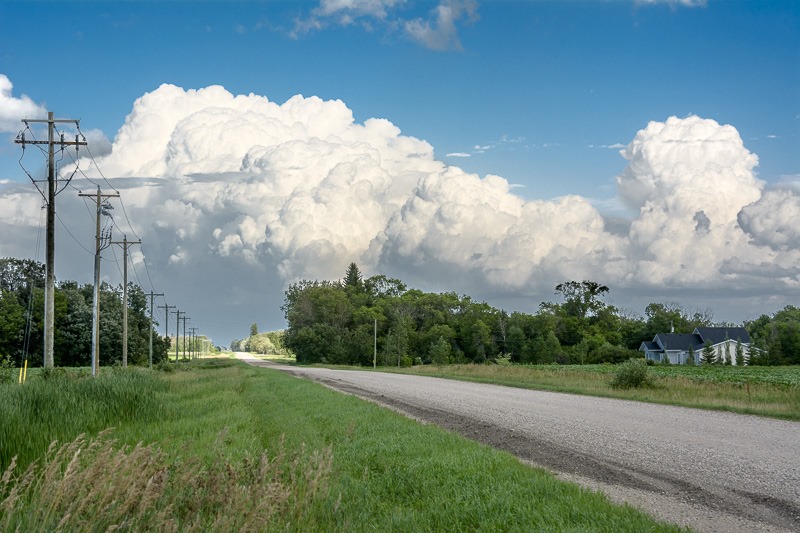 Another attempt to shoot some skies was more successful. About thirty minutes after the previous shot, this cloud formation showed up over a few houses. It looked very menacing, but from far away I could see that there was no rain of any kind underneath and no lightning to be seen. Probably not the right conditions for it.

Skies of Manitoba never seem to bore me. I don’t know about you…