Black Bear Island (2) – from a distant past

Black Bear Island, Lake Winnipeg, Manitoba, Canada If you love shooting landscape, it takes little or no imagination to see the tremendous potential of shooting this shoreline during a strong northerly wind. The immense wave action pounding this layered limestone and granite boulder strewn shoreline would produce "World Class" results! 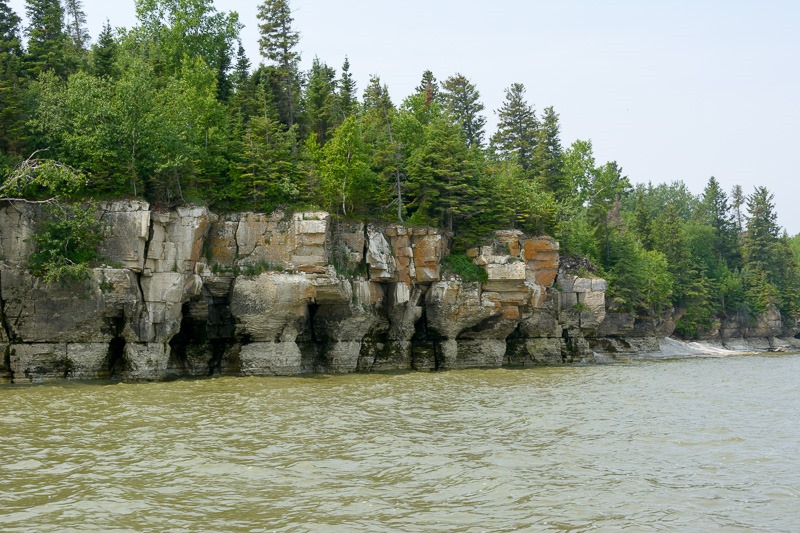 The shorelines have been pounded by the water for millions of years on this tiny island. Now it’s easy to say like that, but if you look closer, you can see the proof of my statement. Fossils are all over the place, for everyone to see. But you have to look for them.

Some people would like to classify birds as dinosaurs, or at least as their distant descendants. There are a lot of live dinosaurs on Black Bear Island

. But here is the kicker: there are a lot of traces of distant life in and on the rocks. 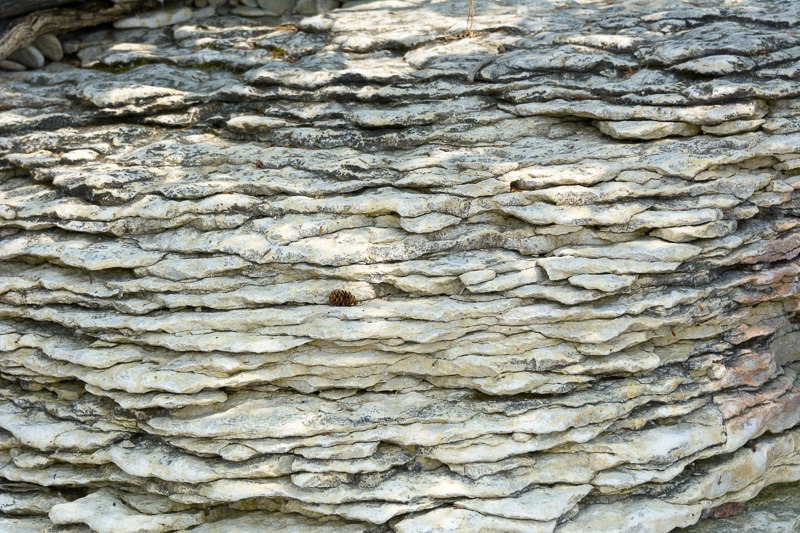 The limestone cliffs here are not simple rock, these rocks are made out of layers upon layers of sediment. Sediment packed into compact plaques of hard limestone. The sediment comes from the old tropical sea in the Ordovician period of our great planet. The Ordovician Period lasted almost 45 million years, beginning 488.3 million years ago and ending 443.7 million years ago. 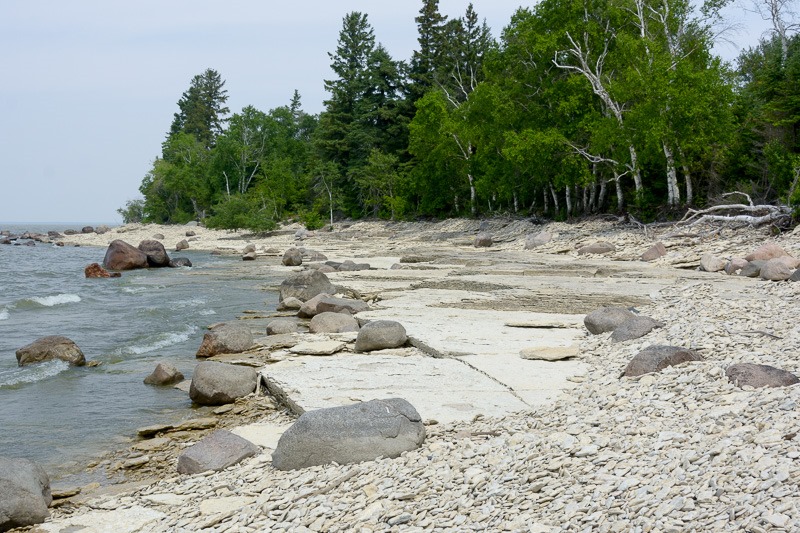 A beach teeming with ancient life

Now this was not a period where dinosaurs roamed the earth looking for other dinosaurs to eat. This was mostly a watery period, with aquatic life everywhere. The most eventful occurrence of the Ordovician was probably the colonization of the land by previously aquatic animals and plants. 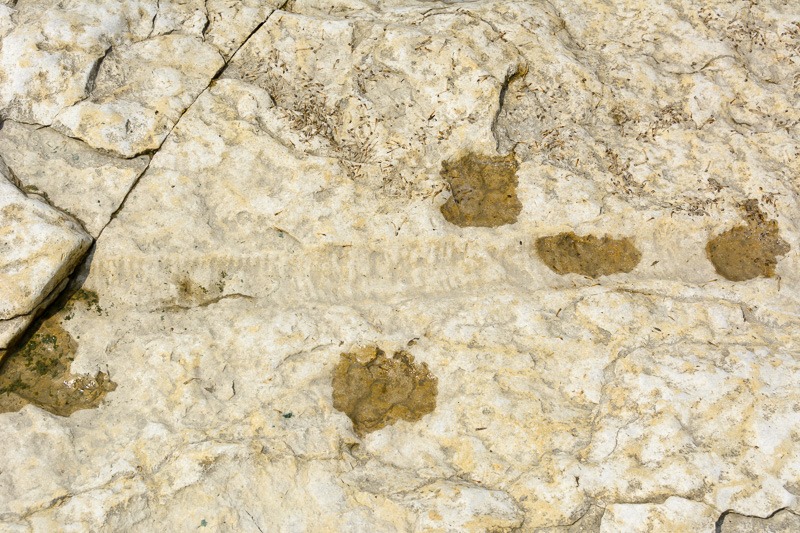 Black Bear Island is a treasure trove of remains of that period. We talk about it now as if it was only a few years ago, but we are talking about millions of years. Something hard to grasp, eh?

The above imprint is a straight-shelled (orthoconic) nautiloid cephalopod, a distant relative of the modern pearly nautilus. 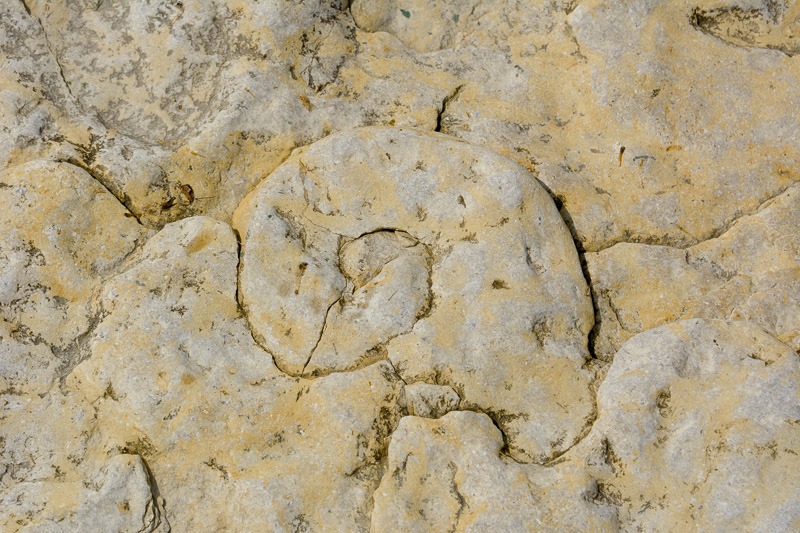 Fossil of a snail

So when we were walking on this rocky shoreline, I discovered a first form that could not have been made by any geological process. The above fossil is from a giant snail. Once I had seen this one, my gaze went down way more often. Geology and ancient history is a long standing hobby of mine, but living in a city, there is not much to go on. Basements hardly ever contain fossils. 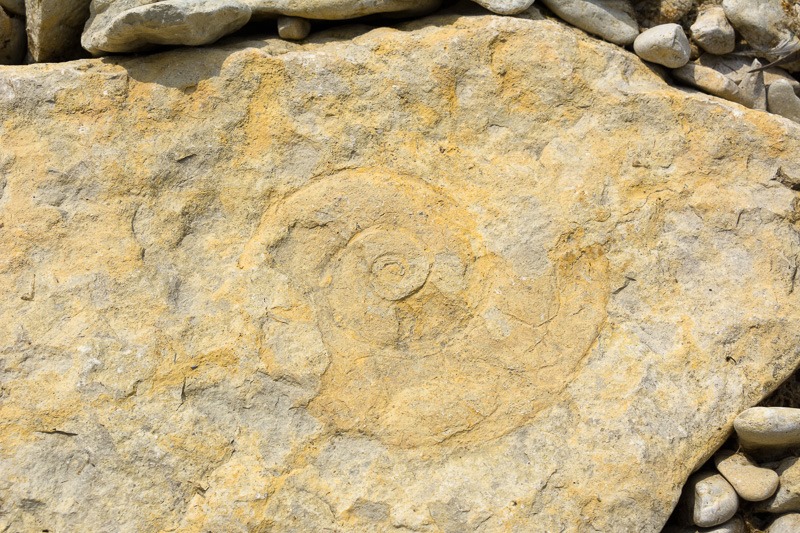 Maclurite Manitobensis, the largest snail that ever lived on earth

Then we came across this one, still half uncovered. This is the fossil of a large snail, Maclurites manitobensis.  This species is actually the largest known Ordovician snail in the world.  Age range: 449.5 to 445.6 million years ago. All fossils on this page range from 25cm in diameter to 5-6 feet long for the straight ones! 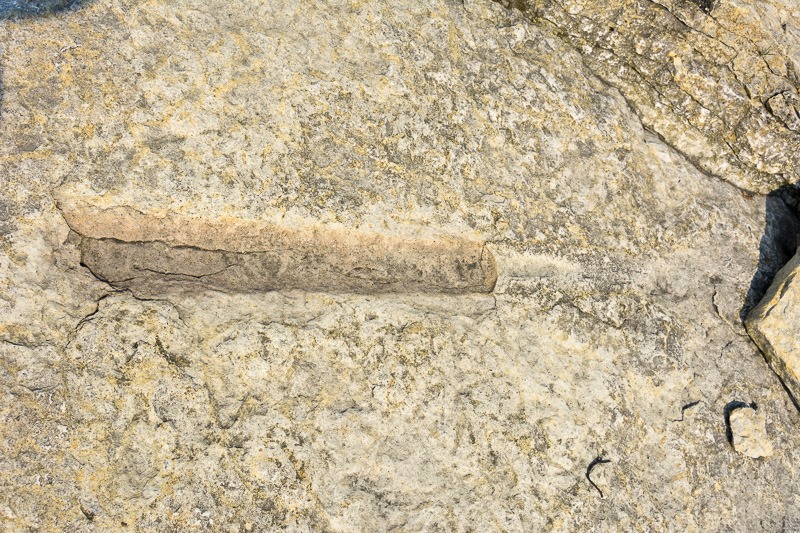 Cephalopod, a straightened out shell

The cephalopods became the dominant predators of this period. Cephalopods are a group of molluscs that are related to octopus and squid.The Orthoceras was a straight-shelled cephalopod that lived in the largest open end of its shell. Its feet came out of its head! They could rise and fall in the ocean water like a submarine. The siphuncle was a tube in the center of the animal. When filled with air, the animal’s body floated upward. A burst of air out the back end of the siphuncle pushed the animal forward. Now that is a 450 million year old jet engine! 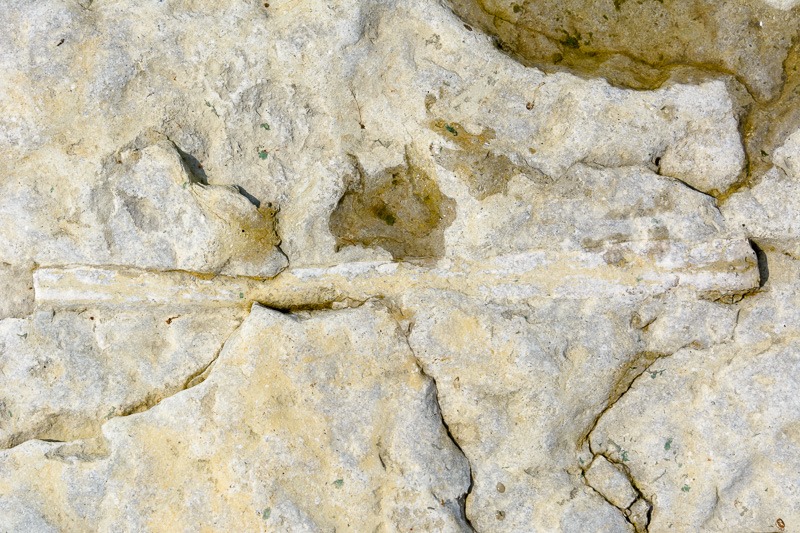 This fossil is more than a simple imprint, but I cannot be sure of its identification. It definitely is not a piece of plant. 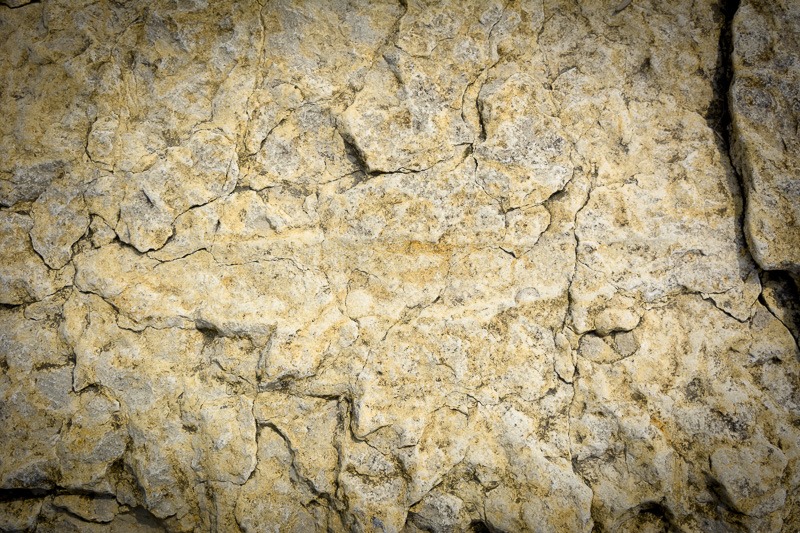 The above fossil looks like a fish, but is more probably a different cut from a straight cephalopod. Fish of this size did not exist yet in the Ordovician period. They came way later. 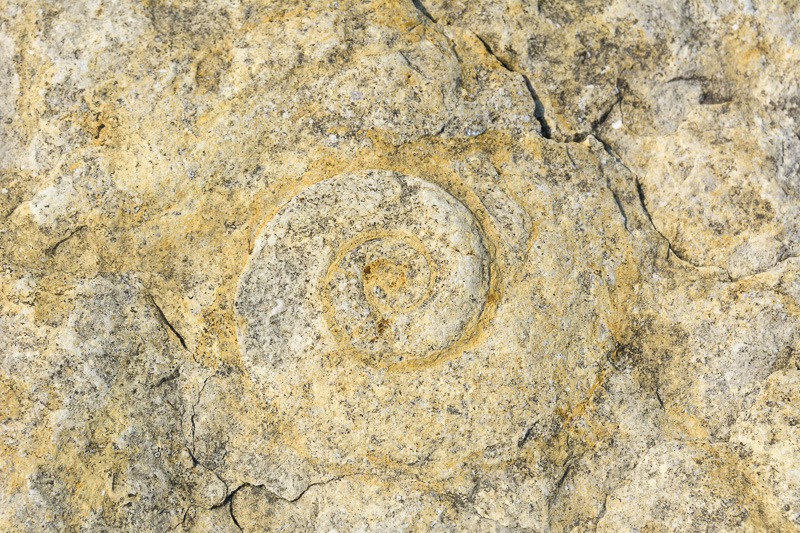 Worn but still well defined in the limestone

Some of the fossils are really well defined, others like the first one I set eyes on have been eroded by the water over thousands of years. Wit a shoreline consisting of so many rocks and layers of limestone rock, I wonder what a photographer could come up with. One could even find a complete trilobite on a loose stone! If I found one like that, I guess it would end up in the Manitoba Museum in Winnipeg. You can find more information about this here on my blog.

If you can think of 45 million years as being a short period of time, those first steps toward life on land were cut short by the freezing conditions that gripped the planet toward the end of the Ordovician. This resulted in the second largest mass extinction of all time, wiping out at least half of all marine animal species about 443 million years ago.

. The cool water of Lake Winnipeg was a treat to our feet.

Now a little bit of a commercial: If you think that an uninhabited island, “littered” with fossils of roughly 450 million years old is something you cannot resist visiting, just drop us an email at and we will be happy to accommodate you in a tent (one or two places), meals provided, shooting galore (the photographic kind only!), instruction in photo management and photo processing, and lots of laughs and fun. The boat trip to the island includes (I would nearly say “of course”) a trip around the island to take in all the beauty of the cliffs and the millions year-old landscape before touching down on the island itself.