A few weeks ago I went to Holland to attend some family business. During my stay I walked around a lot, just to see how much my native city had changed from what I remembered. Most of the city was still the same, but then I remarked some subtle changes. 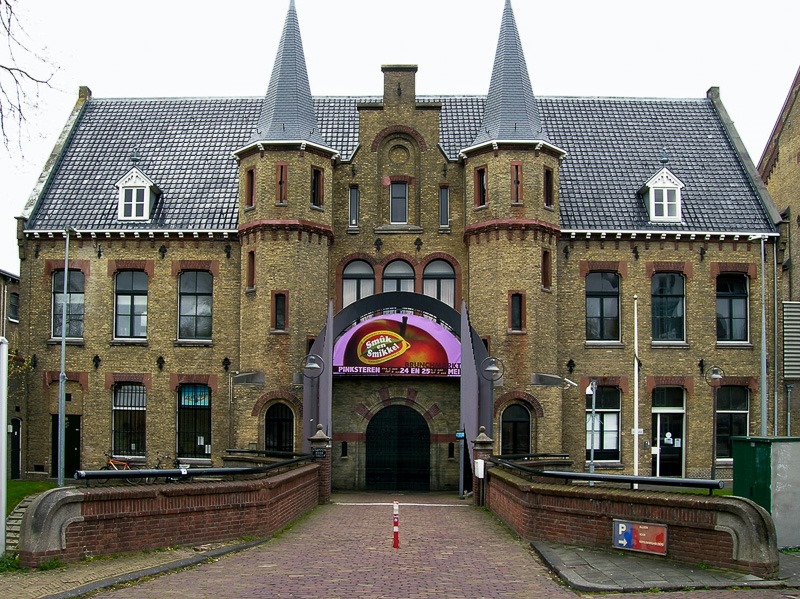 For example the centuries old high security prison I knew from my childhood. I knew it from the outside, not the inside… It had a banner on it that made no sense for a prison. It was an invitation for some brunch market… Huh?!?

As it turned out, the prison was closed. No surprise there as for me, prison doors are supposed to be closed. A few days later I passed in front of it again, and lo and behold, the prison main gates were wide open! It was time to take a look inside. 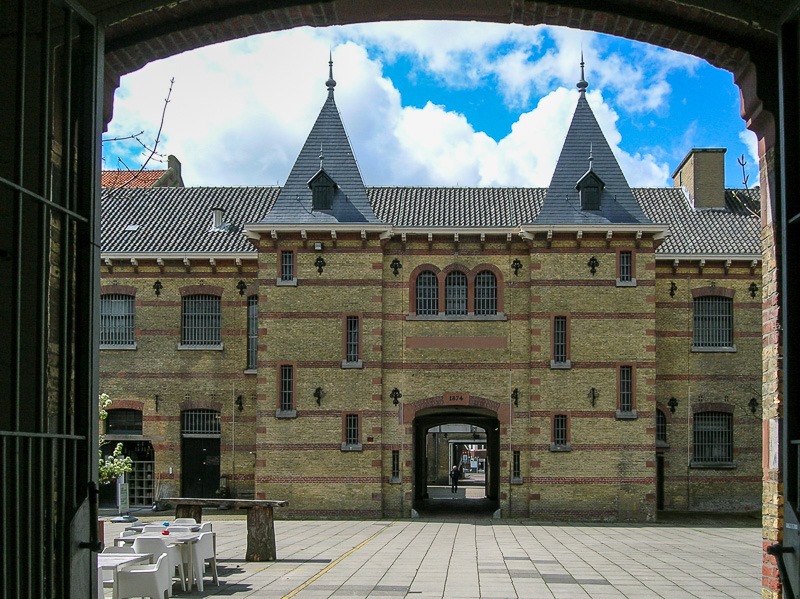 A view not many prisoner may have had

The prison as you see it from the main gate and from the outside looks like an old house. That is because it was (an old house). Founded as a residence in 1499, the Blokhuis (or Block house) was a collection of buildings surrounded by a moat. From 1661 to 1874 this front building was connected to the main building of the former Blokhuis or City Castle. It was built in 1661 but almost completely burned down in 1754. It was rebuilt stronger and safer. By this time is was already a house of incarceration and chastisement. 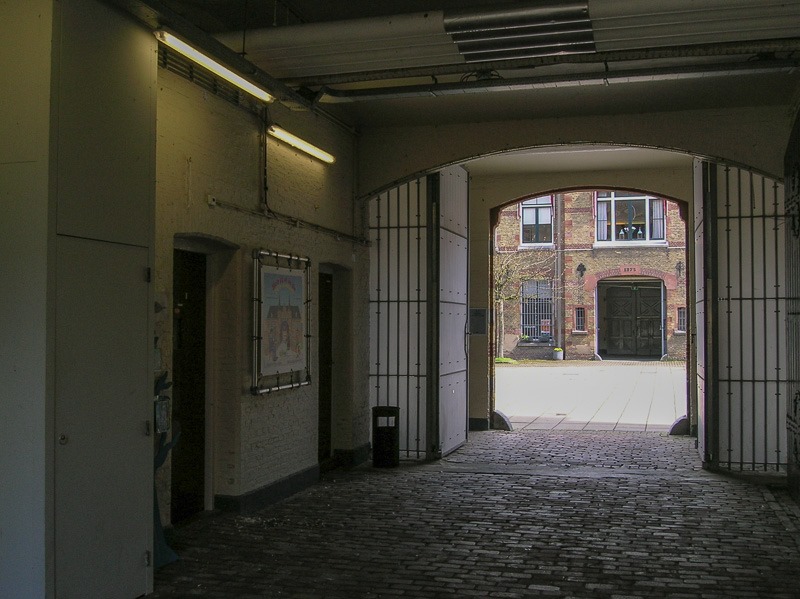 In 1874 it became a Special Criminal Prison and Detention House and remained so until 1969. It was intended for men sentenced to 5 years or longer. This sentence could be served in isolation. During World War II, a lot of resistance fighters were also imprisoned here. In 1944, 51 of them were freed from the rear cell block in a spectacular action – “De Overval” – where no shots were fired. In 1962 a Dutch film was made about this Overval and became a huge success. The last of the 51 freed men still alive today made a small speech during the Memorial of the Dead on May 4th in the city. 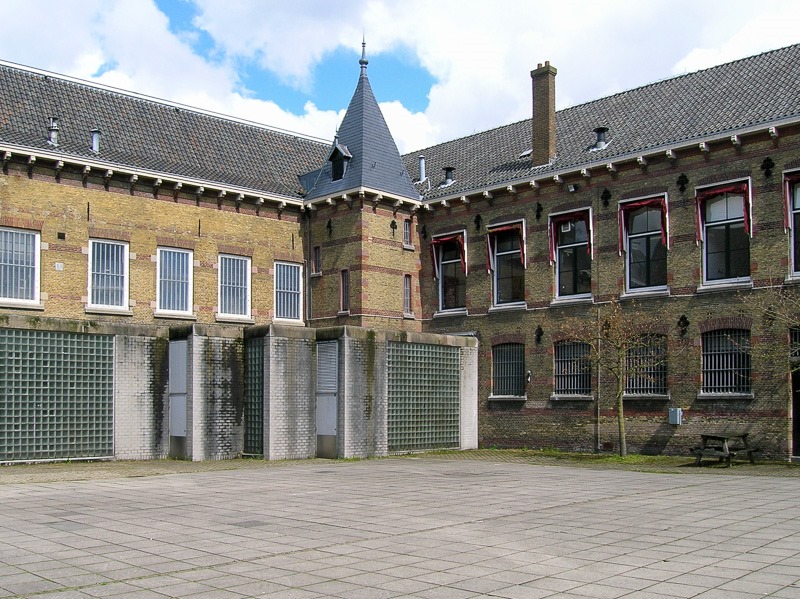 From 1970 to 2008 the same prison was intended for men and women. Various types of suspects and convicts who usually stayed in a cell by themselves. The building was decommissioned as a high security prison in 2008 and was vacant for some time. 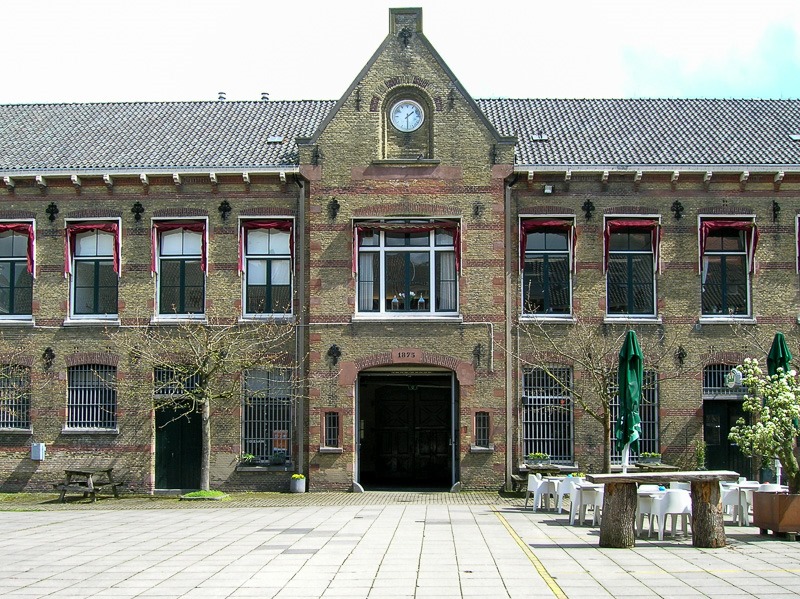 Now the building with its heavy history is managed by a company that uses the cells as a breeding ground for small businesses, and creative arts galleries. Also in the prison is now a cafe/restaurant called “De Bak”, Dutch for “The Can”. Former guards now perform tours with lots of information about the former life in the building. 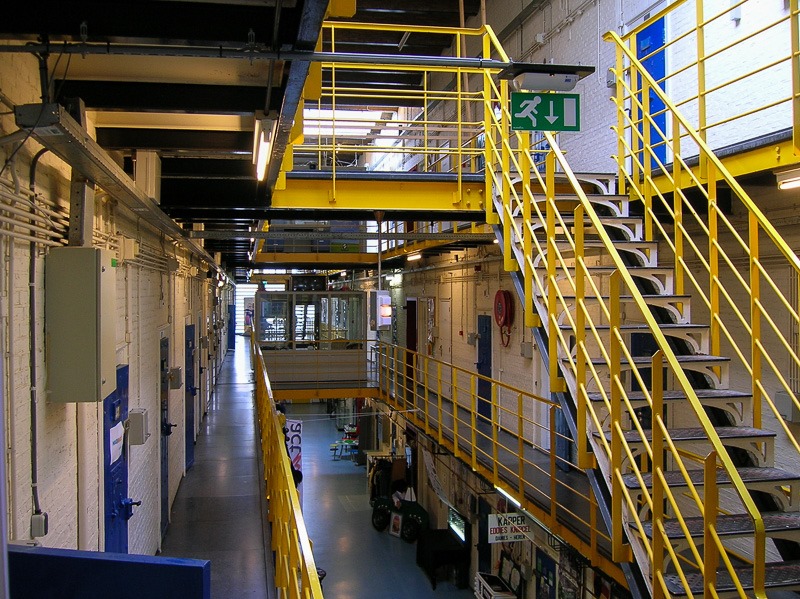 Overview of the cells

The inside of the prison was what really intrigued me. Having seen the film “De Overval” several times in my childhood, (hell, that film is as old as I am!) I wanted to see what it looked like for real. As it turns out, the main floor is now filled with artsy stuff and the walls are pained a nice off-white colour. 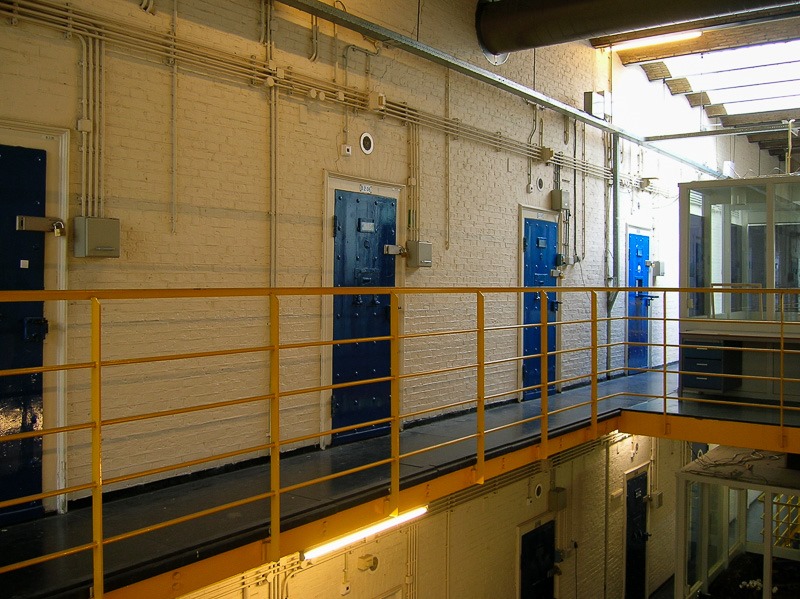 The upper floors are mainly used as office space and the prison-like feeling is much stronger. It seems that I was there on a day where not many companies were working as most of the cell doors were closed and locked. 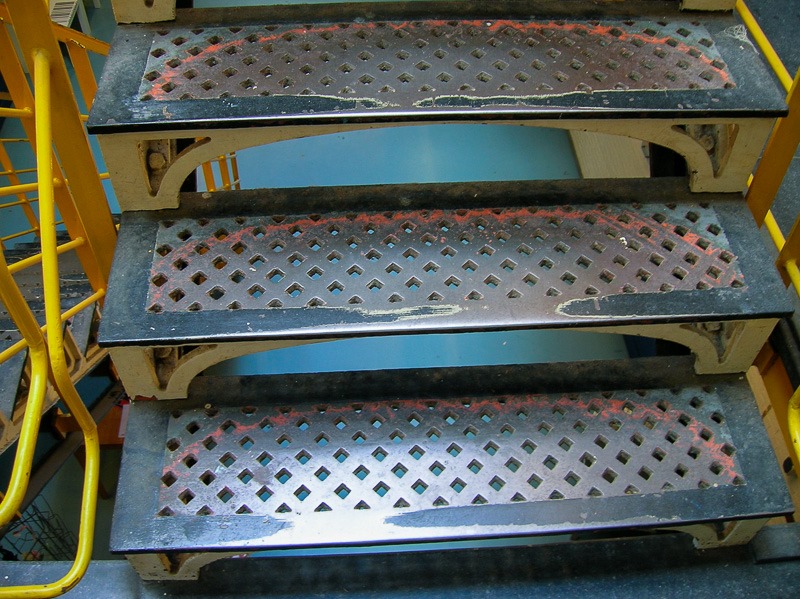 The stairs as they were shown in the movie were still there, a bit more scuffed by 50 more years of feet passing over them, but otherwise they were identical. I guess they don’t make them like this anymore nowadays. After my visit I did what not many prisoners did before me: I walked out the open main gate without being stopped by any kind of guard or security system

Another piece of history of my childhood city is now changed forever. In any case, this jailhouse now rocks with activity and will continue to do so for the near future.