A few weeks ago I went to the Raptor Festival in La Riviere, Manitoba. It was my second time and this year I came prepared. Prepared with a 600mm lens and patience enough to wait for all those birds to come fly over us and present great opportunities for  great pictures. 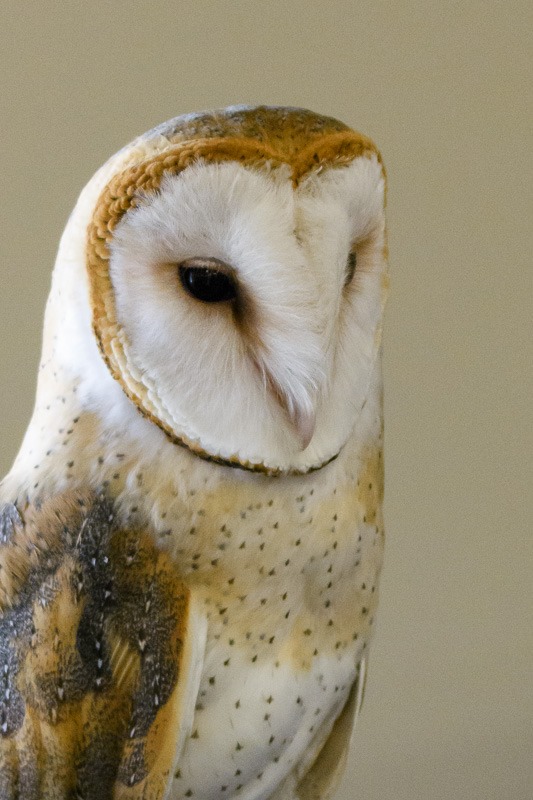 When I drove there last year, I could see a lot of the birds flying over, even from inside the car. Back then, I only had a 300mm with me and the shots turned out a bit disappointing. This year,

I expected to get way better shots. The raptors visibly didn’t agree with my timing. Once arrived in La Riviere, most of the birders were looking at me with wan faces and slightly shaking there heads. Yes, I noticed that! 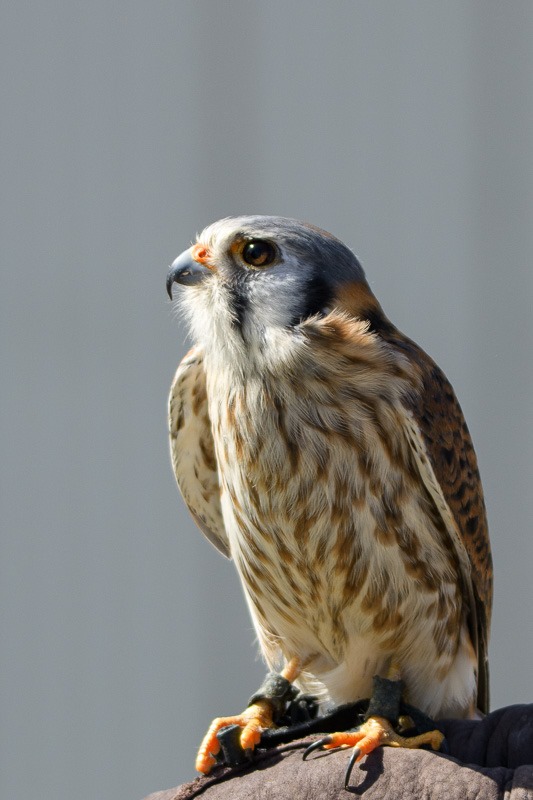 As it turned out, the only raptors I was able to shoot were the ones brought in as ambassadors for the Wildlife Rehabilitation centres. All the others had flown over already a few weeks before. It did leave us with nice blue skies to photograph, though. But no birds or even a single floating feather in sight. 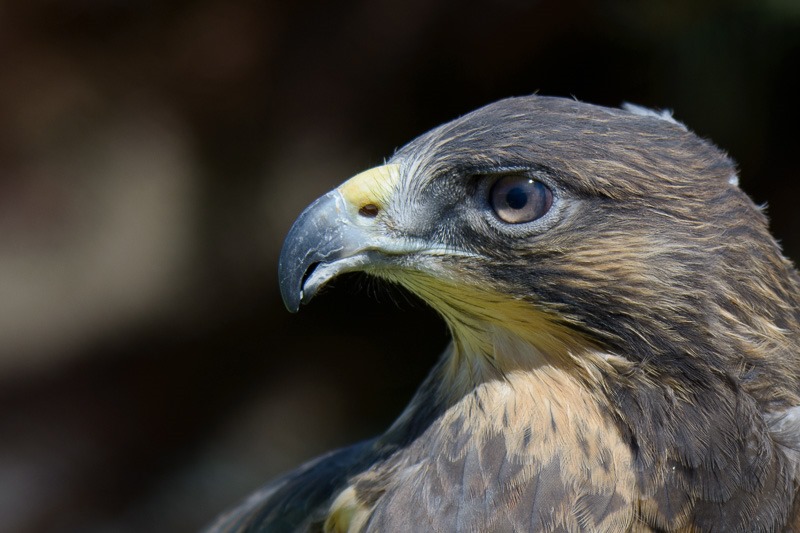 So all that was left for me to find was more birds. It was a nice, warm afternoon with only a hint of a breeze. With all the raptors that had flown over previously, other birds had chosen to stay hidden well  until they had gone for the season. 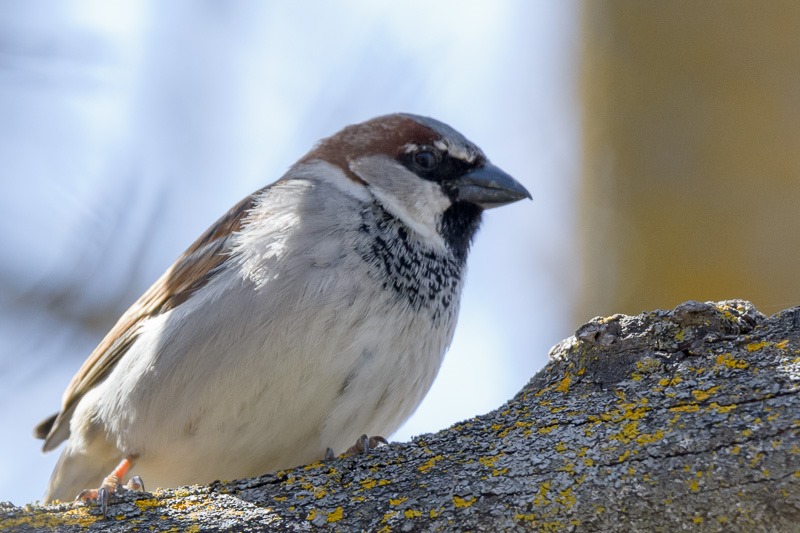 The few birds that were left were this lonely House Sparrow and an American Robin. 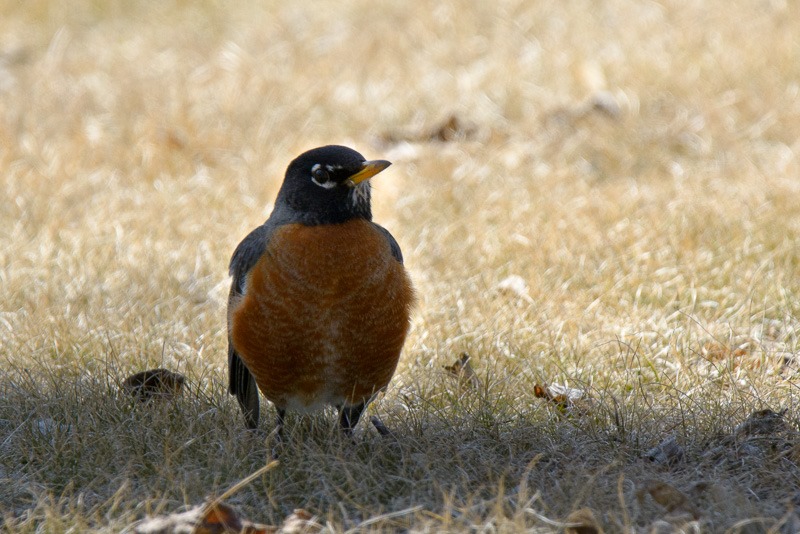 Talk about a Raptor Festival, eh? Finally with a nearly empty memory card and nothing else to do I went for a walk through town to see if there was something else to shoot. 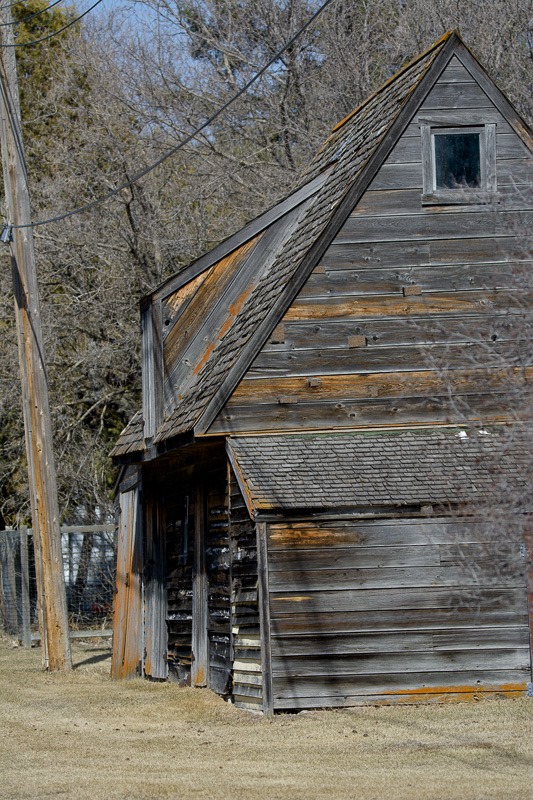 This old house/barn caught my eye. But with a 150-600mm on my camera and nothing else with me I had some difficulty getting this one in the frame. I think that what caught my eye was the colour of the wood in the building. 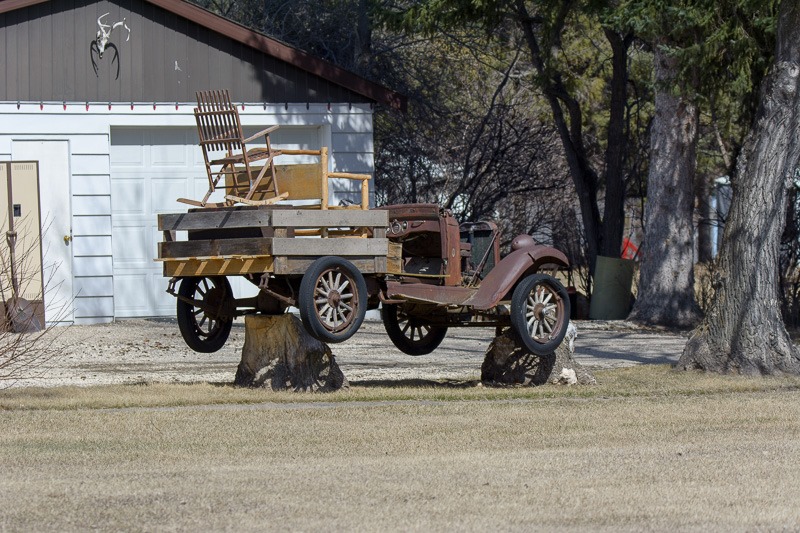 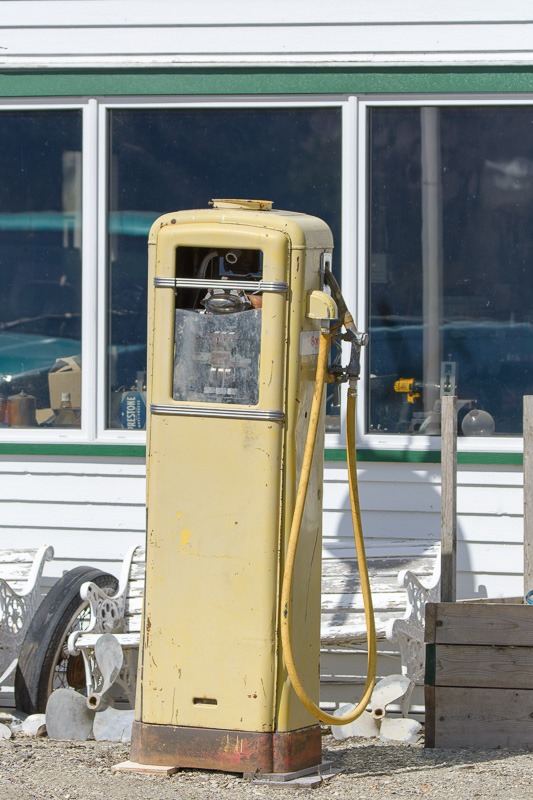 A few houses further away there was whatever he used to fill up his car as well.

For a raptor festival I sure came up with some interesting shots, albeit no raptor shots. I was counting on some real birds, not the attached variety.