A few weeks ago I joined a group shoot with the Manitoba Foto Friends at the Railway Museum in Winnipeg. It was to be a welcome, warm change from the brutal wind and cold outside. With the added benefit of shooting something else than snow sculptures, ice sculptures, skaters, curling players and frozen rivers. 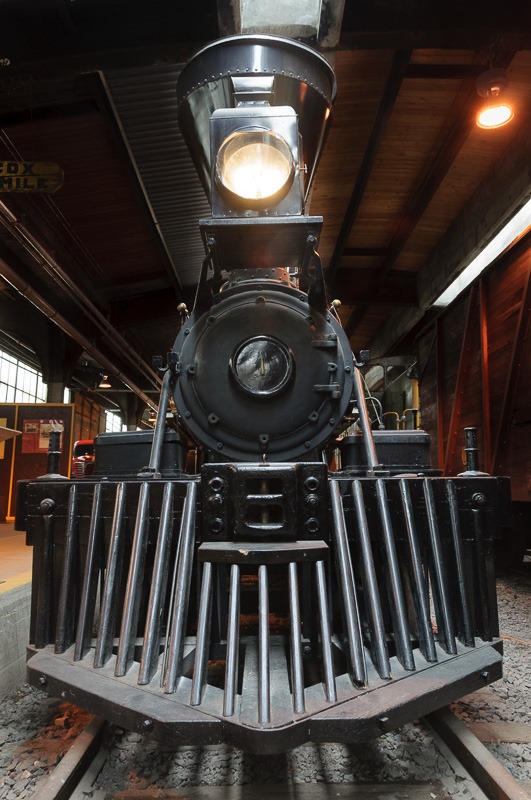 It was definitely different

. The countess of Dufferin was as welcoming as always with her steel grate aiming my camera.

The museum had undergone some upgrades since the last time I had been there, but heating was unfortunately not one of them. A chilling temperature of –9C greeted us as soon as we came through the main door of the building. 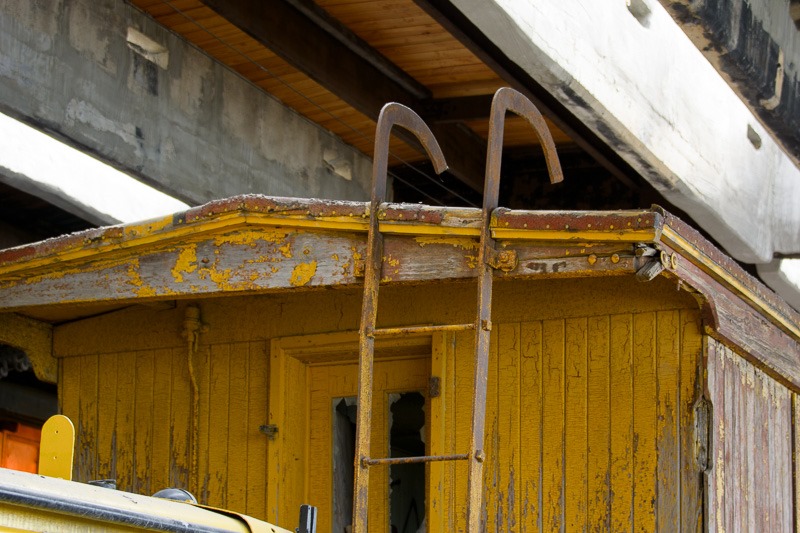 It was to be expected that heating might be an issue, the museum is located on two decommissioned train tracks, directly adjacent to the fully functioning train station. As such, there are no possibilities to insulate a part of the building from the main station. 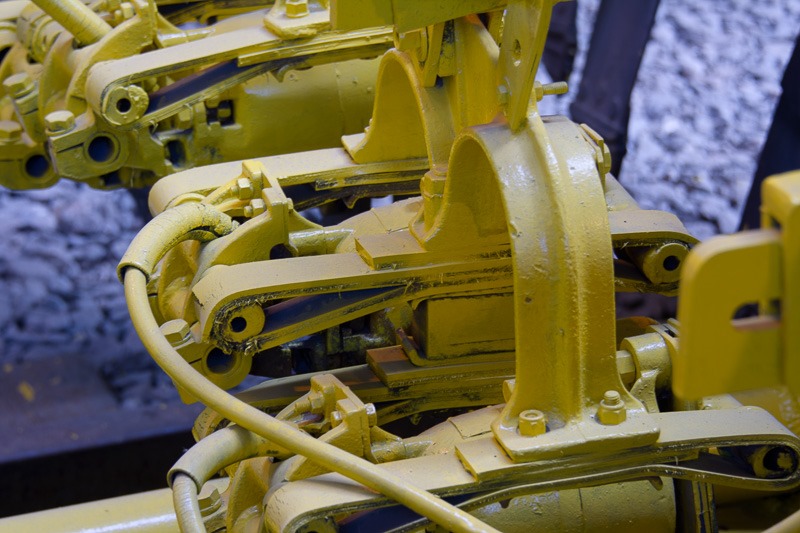 Details hanging in there

So, shooting in the cold it would have to be.

This time I decided to go a bit more for the details, as far as the cold would let me. Getting nice sweeping shots of polished trains is not in the realm of this museum, a little like the Aviation museum in Winnipeg. Way too many objects are being crammed together in a small space. 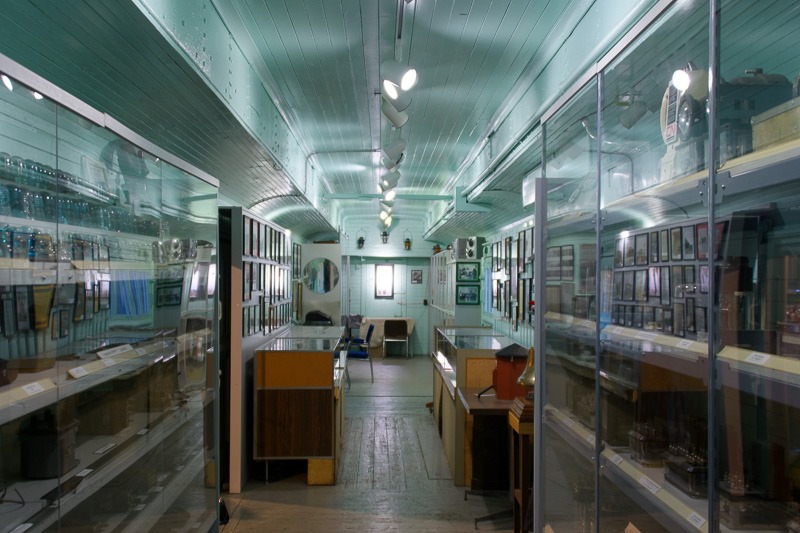 Some of the train cars are being used as museums all by themselves. This one deals with the electrical side of the business, mainly switches and insulators. I guess that the “Canadian Pickers” would have a field day with these… 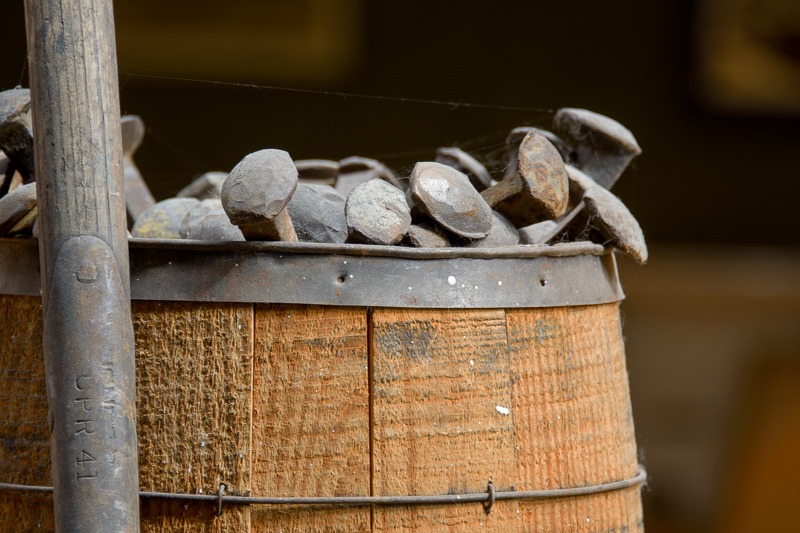 Some of the original nails that were used to fasten the tracks to the wooden ties are here on display. Some might say that they “nailed it” … 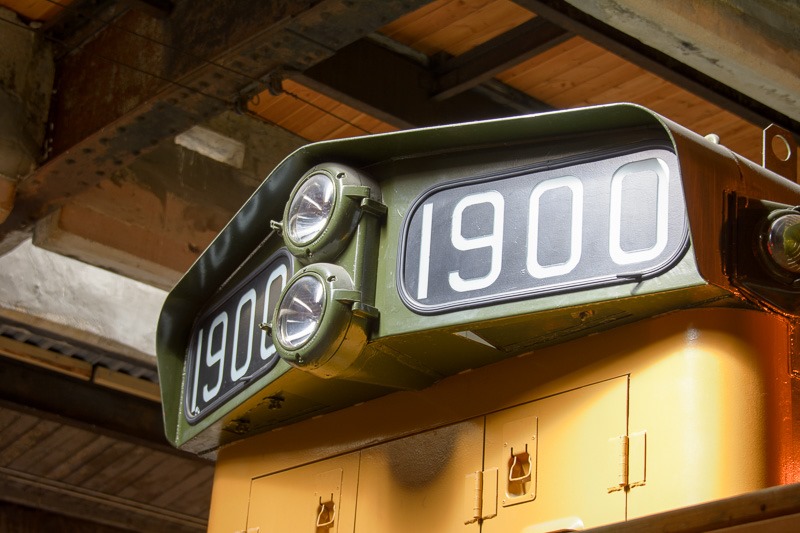 Waiting for that day

One of those cars that was too boxed in to get a good shot of was this locomotive. The not so ancient CNR 1900 (GMD1) A 12 cylinder, 1200 HP diesel electric locomotive built by General Motors in 1958. First of a series of passenger locomotives equipped with a steam generator.  While it is in the museum, it is still fully serviceable. 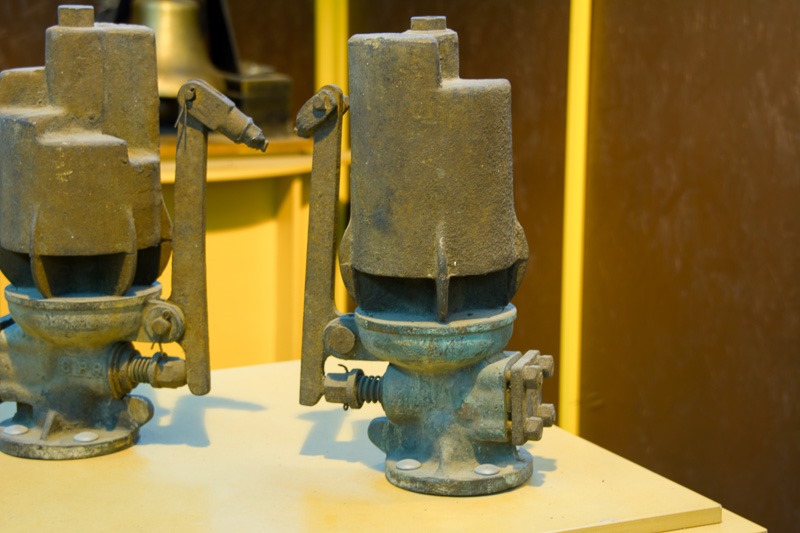 The origin of noise

Have you ever wondered how those trains can blow their horns so loudly? Well, when you pass enough air or steam through a big enough whistle, the sound can be really loud. Train whistles are supposed to be heard from several kilometers away, just in case there are workers on the tracks that need to get out of there before the train arrives. 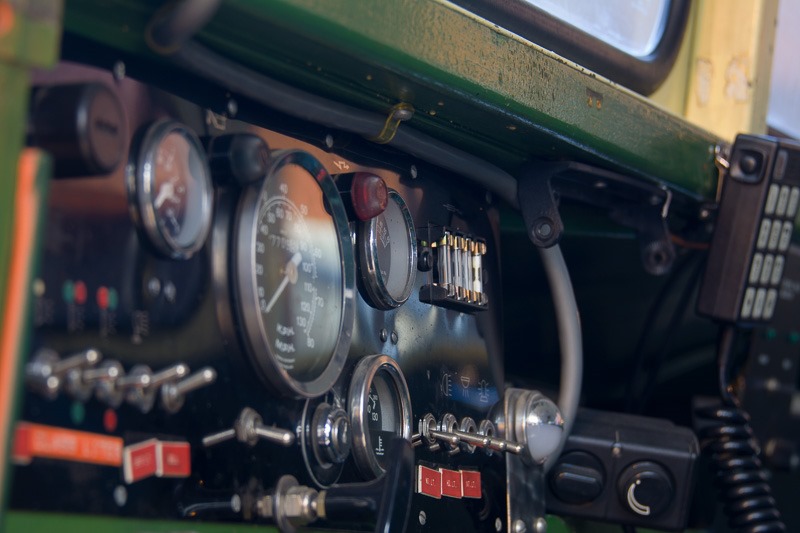 Inside the vehicles, it’s all a question of control. Today’s machines will have way more displays and gauges, but the essential ones haven’t changed much. Speed and oil pressure is often what it boils down to for the essentials. A piece of communication equipment is never a luxury either. 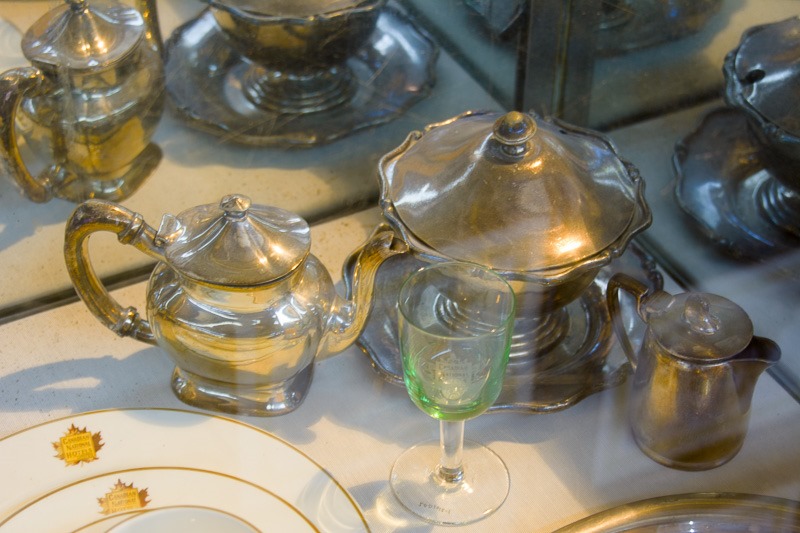 Passenger trains are rare nowadays in Canada. However, the ones that do travel need to have material to keep the passengers happy. Old tableware can be found in the museum in limited quantities. I have no idea if the services of today still have the class of this old service, though.

The last picture of today is the complete set of trains that really run inside the museum. It seems that this set is constantly under construction.  The picture town seems to have had some kind of attack, though.

Shooting by –9C in this museum is cool in more than one ways. Try it for yourself.