So, here I was, walking in the middle of a dog-park, on my lunch break on a pretty drab day. Not because I really wanted to walk in this particular spot, more because a tiny piece of nagging electronics told me that I needed to move more. 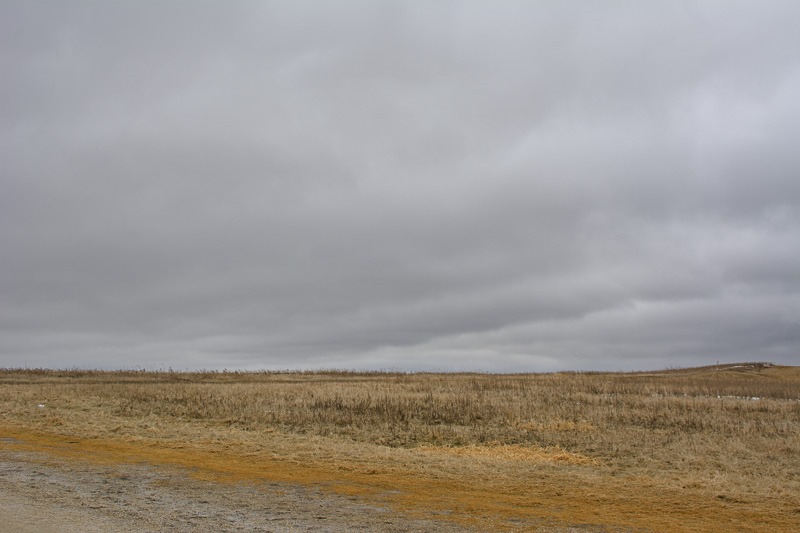 I had already combed all the streets in the neighbourhood and I wanted something different. The dog park, only a few kilometers away seemed like a good idea.

Dog, like the place so it can’t be that bad, eh?

So I arrived there, got out of the car and packed my camera on my back, in the hope that something “shootable” would show itself. It soon became clear that the only stuff in the park that was still shootable were the doggy memories, not really a subject for a blog, or the dead stuff that remained after the snow had melted. 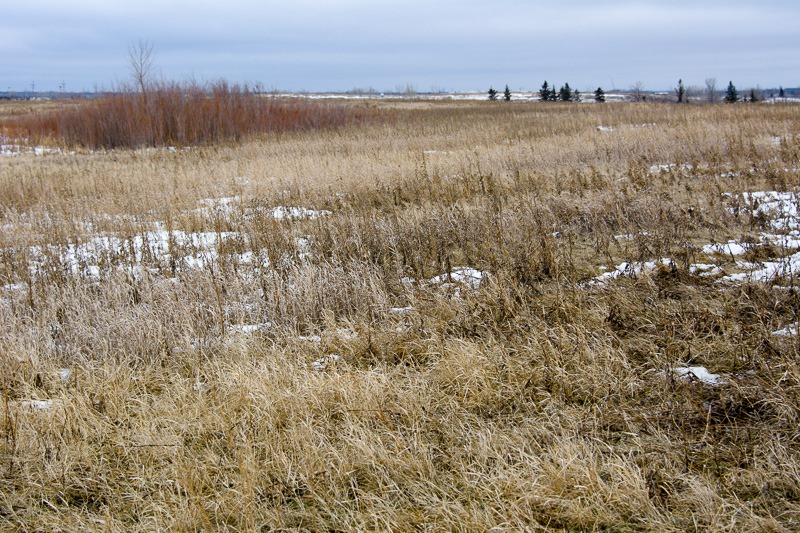 Oh well, in that case… let’s shoot what we have and complain later, right? So I looked around and saw only dead stuff. Dead leaves, dead grass and, above all, swampy paths that were hell-bound to ruin my shoes

. Every time I thought I had a small strip of dry path with gravel, the gravel sank beneath my feet as if it weren’t there and the muck on my shoes got a little heavier. 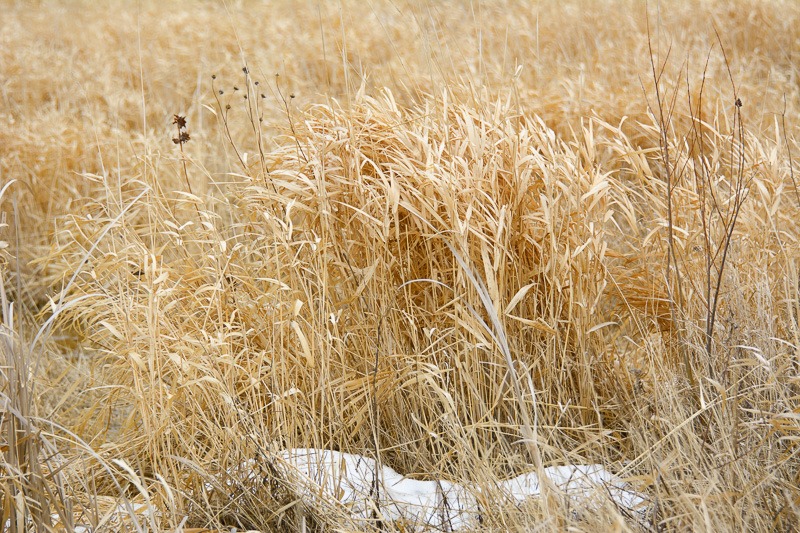 Golden nesting material for the birds

The dead stuff on the other hand was abundant. You might say that there is nothing to shoot in the fields right now, but many plants have prepared themselves for this exact beautiful moment. They are ready to throw caution and seeds to the wind. Only to prosper in a different spot in a few weeks. 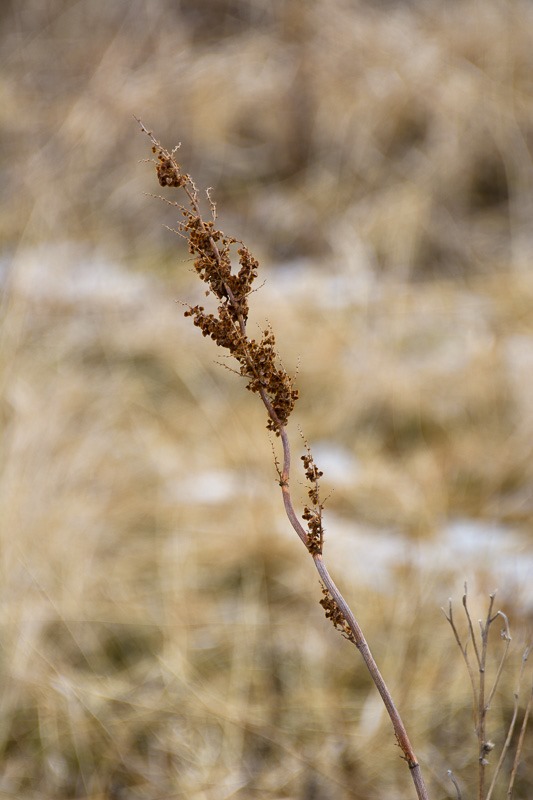 It pays to check it out up close. Now I have no idea what these plants all are called, I was horribly bad in Biology in school. Even if I had been good in it, those classes were nearly a century ago, it seems. I remember we had to fill workbooks with plants, green and dried and write beneath them what they were, their family name and so on. 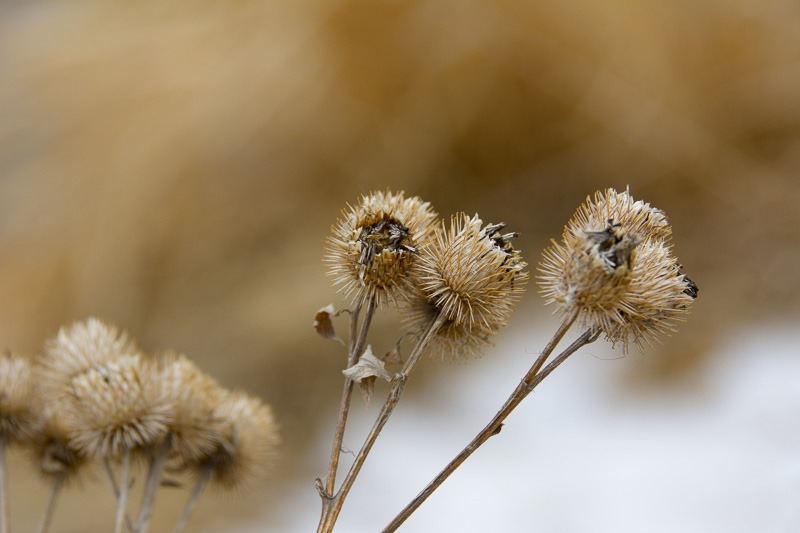 I always got them wrong and even if my workbook looked nice, from a scientific, biological standpoint they were not worth the paper they were made with. The only thing those lessons gave me was the idea of looking up close to plants to discover the more or less hidden beauty they provide. 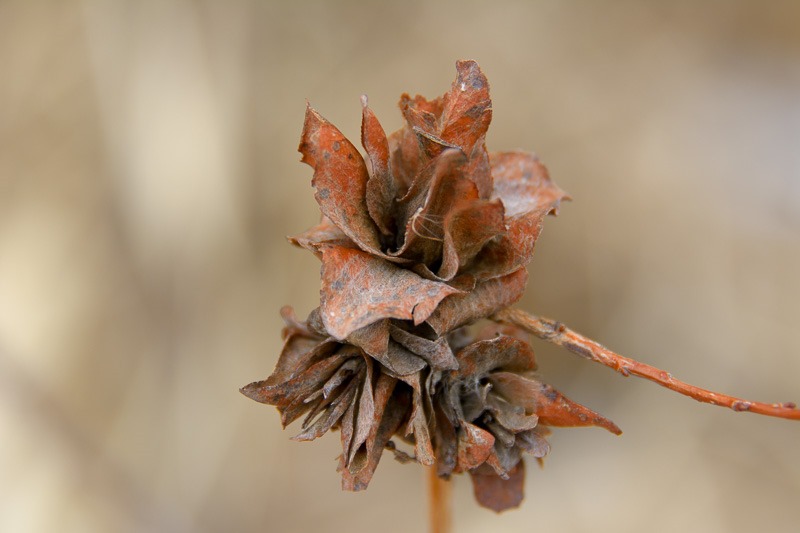 Ever since, I have looked at plants from up close, trying to see into their innards. Often, simple flowers reveal a very complex structure that simply begs to be photographed. Back in the days I didn’t have a camera for that kind of work, so I needed to remember everything myself. Perhaps that’s what the problem was 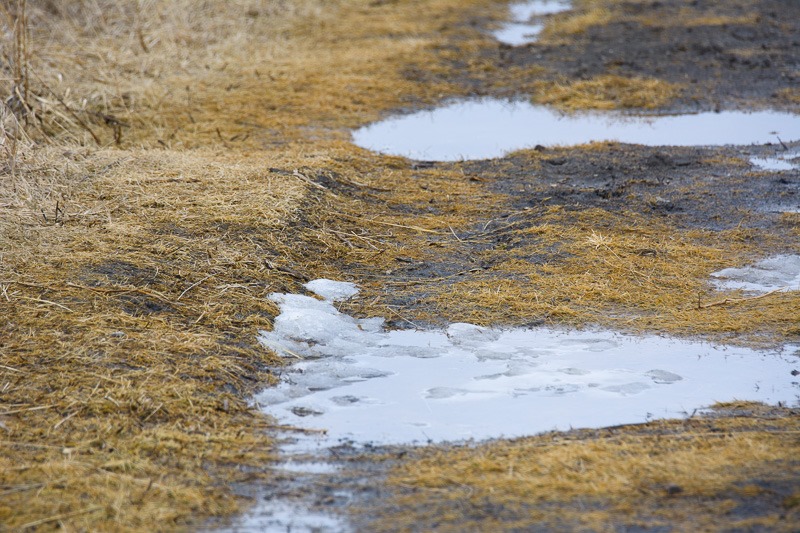 Kilcona Park looked like a swampy tundra to me, ready to swallow me whole if only I stepped in the wrong place. Getting close to the dead stuff was a risk all by itself. The park is situated on higher land, so I thought it was a good idea to go there. Higher land means drier land, right? Wrong! Not here in Winnipeg. Hundreds of tiny little rivulets were conveying the water from the top to the lower lands. 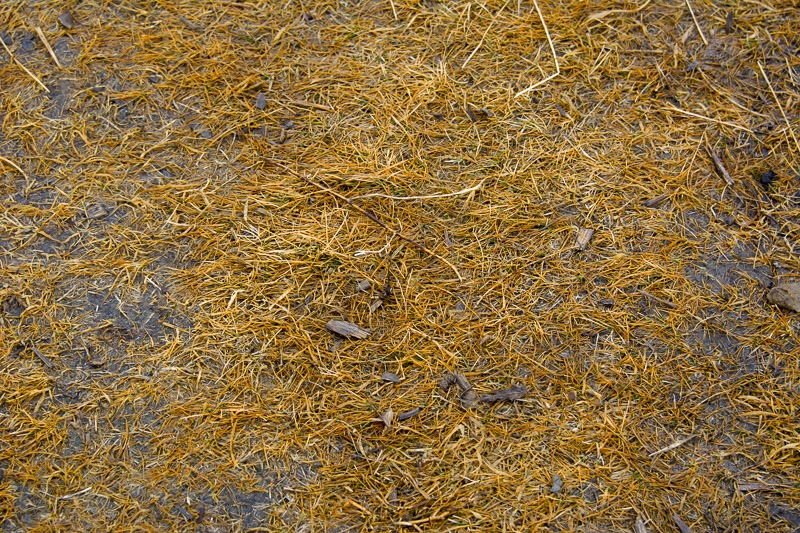 With me trying to keep my feet dry in the middle.

Let’s not complain about that water. The beauty of the dead stuff as some of my friends like to call it, is simply amazing if you are willing to get closer to it. I didn’t take my macro lens this time, but the wind would have made that one useless anyway. All these pictures are taken with my 28-300mm, mostly at 300mm to avoid getting into the more swampy areas of the park... 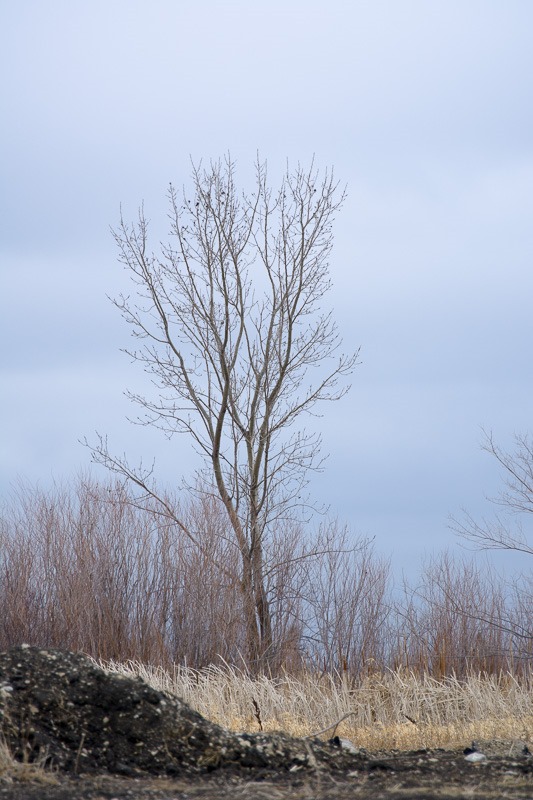 Ready for the new season

When I finally got back to my car, my little electronic nagging device told me I had walked about 4000 steps. It should have counted them double for the effort of keeping the dry in the process

All I want to say this time is that even dead stuff deserves a photographer’s attention. Just keep your feet dry.