A few weeks ago, I went to Oak Hammock Marsh. Most people have already read about this fantastic natural environment on my blog. Lots of animals inhabit the marsh, some of them year-round. 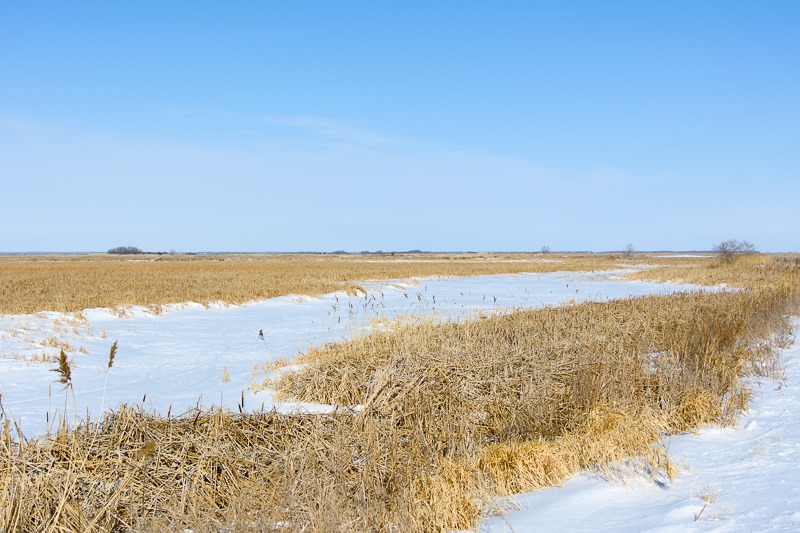 But winter is harsh in the marsh and the permanent residents prefer to stay under ground or under-snow. The result?

A marsh that seems devoid of life and devoid of movement. Plains that are pretty hostile to any form of life, hostile to even the lone photographer, hell bent on spending some time in the plains of Oak Hammock Marsh. 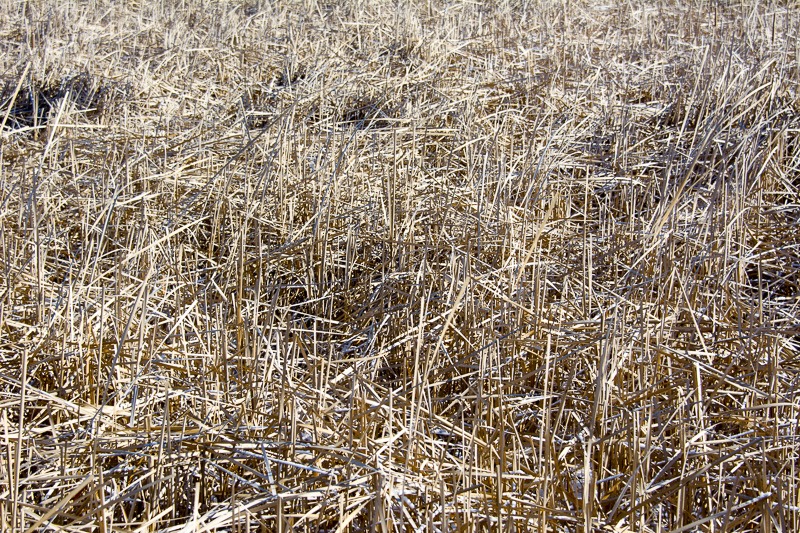 Once you get used to the wind that steals all of your body warmth, you can get some pretty amazing pictures. You just have to keep your eyes open and your coat closed. The views really show how “dead” the marsh is in wintertime. Grass and reeds all have the golden colour of dried vegetation, snow banks remind you that this is not your territory. 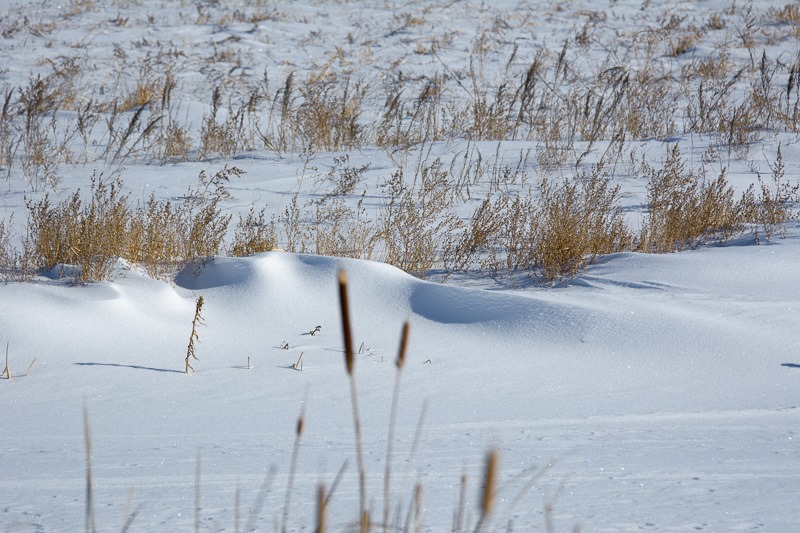 Small birds chirp somewhere, but you have too many tears from the cold in your eyes to spot any of them. Even more when you hear them on your right, then an answer far on the left. You just know that those birds are tiny, too small to venture a long trek south to warmer climes. 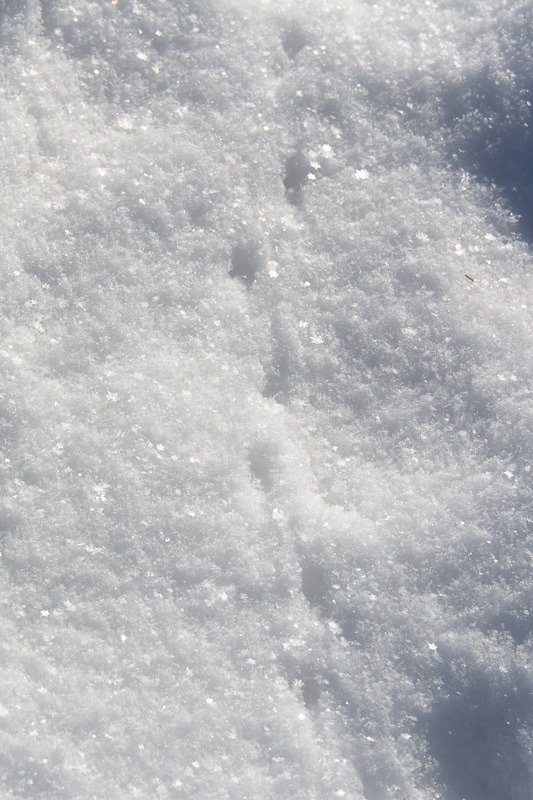 Tracks of a mouse, probably

Some of the birds don’t like those warmer climes and come from the north instead. Still, I had no luck spotting them. What I did spot were traces of some life, life that didn’t move away and didn’t hunker down until the winter passes. 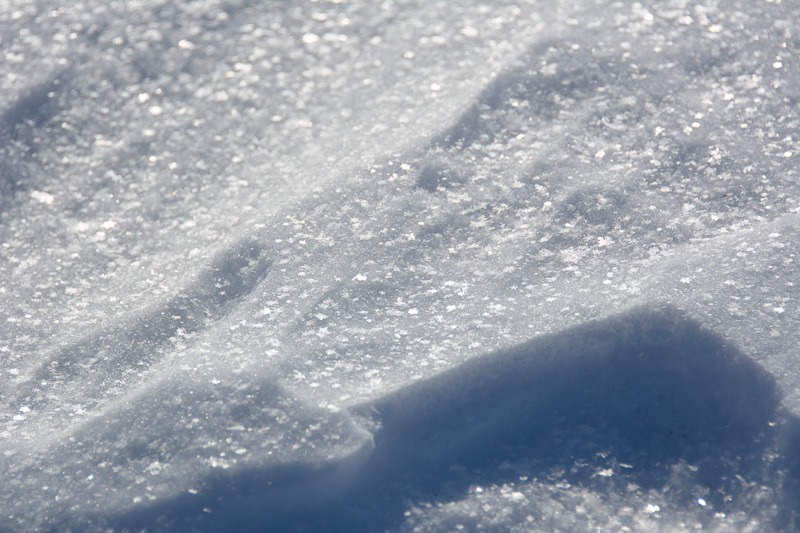 The fresh snow of that morning had mostly covered the tiny tracks, but left also some interesting flakes. If you look closely, you can spot the crystalline forms of fresh snowflakes. It is said that never, ever two snowflakes have the same form or texture. The odds of debunking that statement are too much stacked against finding two matching flakes. I give up. I will just enjoy the multitude of forms of snowflakes. 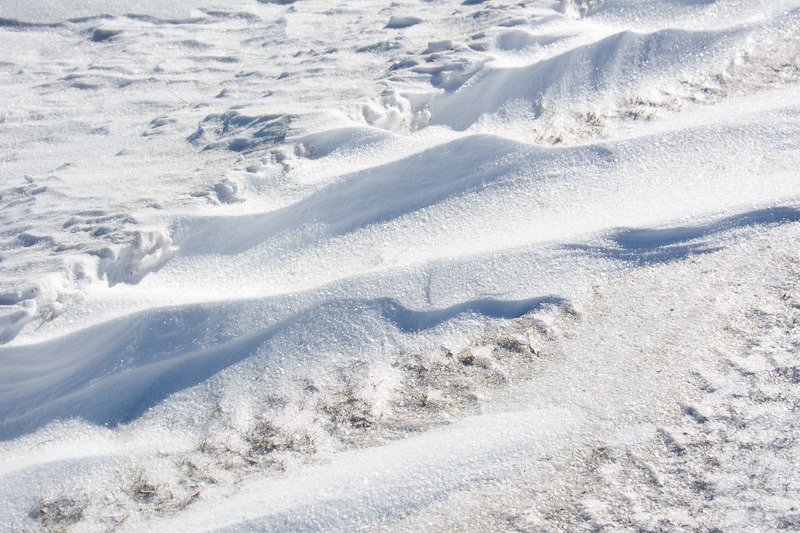 Snow drift, sparkling in the sun

But snowflakes also make up for snow drifts, snow blown into heaps by the wind. With the new flakes on top of the old snow, the shiny sparkles make for a starry day, as opposed to a starry night. 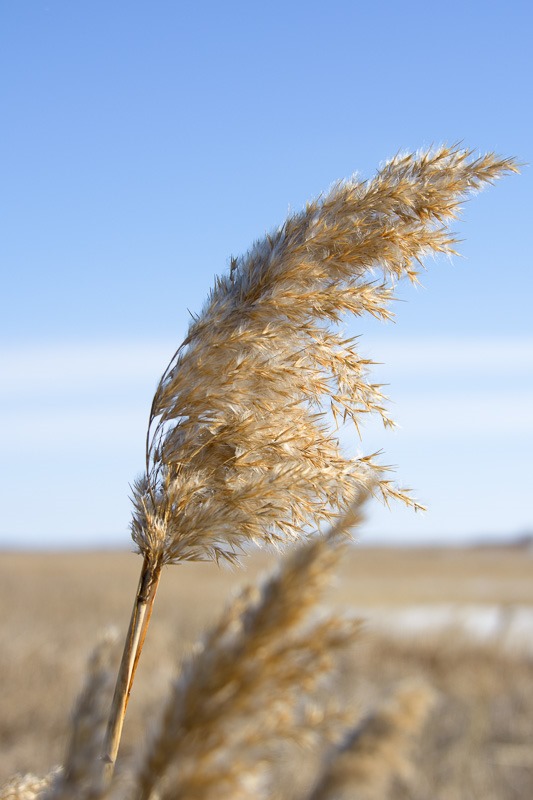 What is left of the reeds is the hope for new growth, come spring. Beautiful plumes of fluffy material surrounding the seeds. When the wind will get hold of them in a few weeks, they will travel a long way before settling in a new fruitful spot. There they will start a  new life. 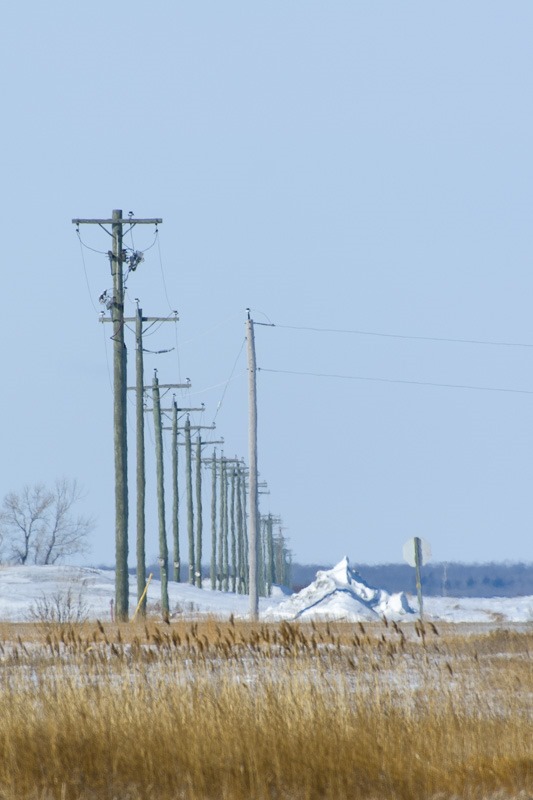 Spring seemed not too far away that morning. Usually the air does not have thermal currents, everything is cold. But when I took a picture of this alignment of utility poles, the poles looked all whacky and strange. Some parts of the land between my camera and the poles were already giving off warmth and creating those thermal currents. Ruining my shot, but promising spring in the not too distant future. While lots winter can still come, Ol’ Man Winter has deep pockets full of white stuff, but right now it looks as if he’s on his way out. 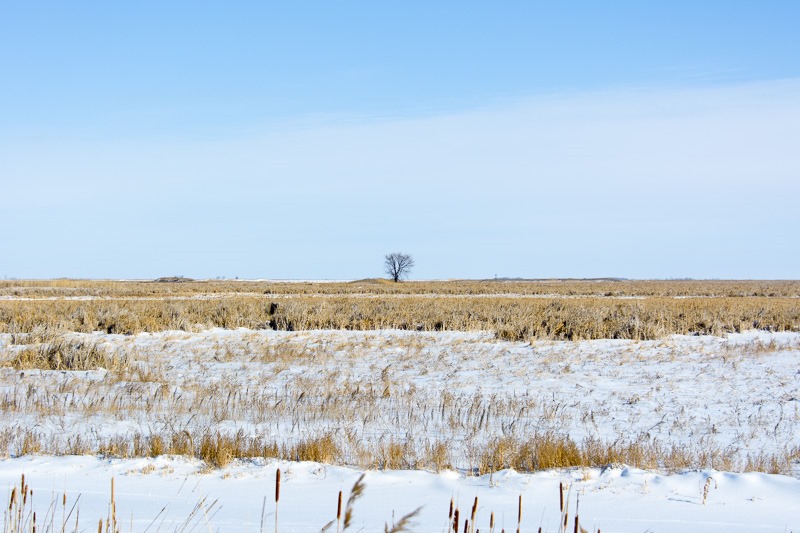 In the mean time, we can still appreciate the wide open horizons of cool white snow, along with an icy wind stealing every single calorie we have to use to keep ourselves warm.

Don’t hunker up! Dress and go out to shoot some more before it’s gone!