Street photography is not my “thing”. I don’t like the idea of people not liking my idea of shooting them. Even if they don’t keel over after I have shot them, to them, it always seems as if they would (keel over). 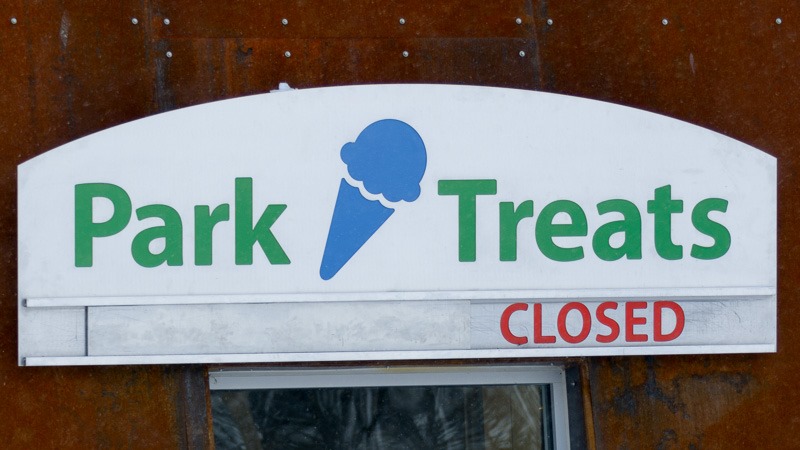 No, not my thing at all. On the Duck Pond in the Assiniboine Park, however, people photography comes way easier to me. Mainly because the people over there have come to have a good time, not thinking about nagging a simple photographer over a picture. That is the environment I like

So off to the Duck Pond. It has been made quite a bit bigger than the first time I came here, a lot more fun for the skater and more space for the ducks in summer. But for now it’s winter and there is nothing we can do about that. Sure, we can wait until it’s over and wake up, or we can go out and participate in some activities. My activity is to shoot others in theirs 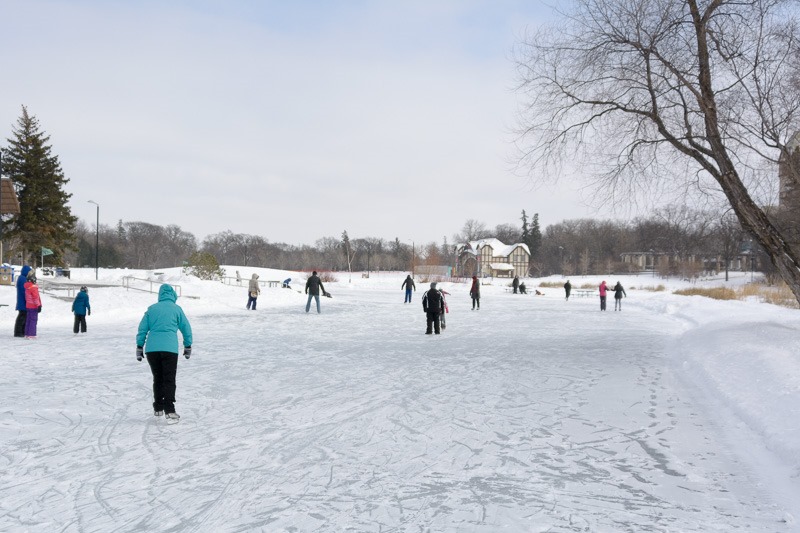 As usual, I will only publish pictures here where the people are not really recognisable, no reclamations after the fact will then be possible.

The duck pond by now has a fairly good length for skating, although it doesn’t resemble the skating rinks I was used to as a kid. Those were the size of a football field (soccer field!) and were usually just flooded fields of a farm. But boy we could get speedy on those, we were all competing with the world champions in speed skating. 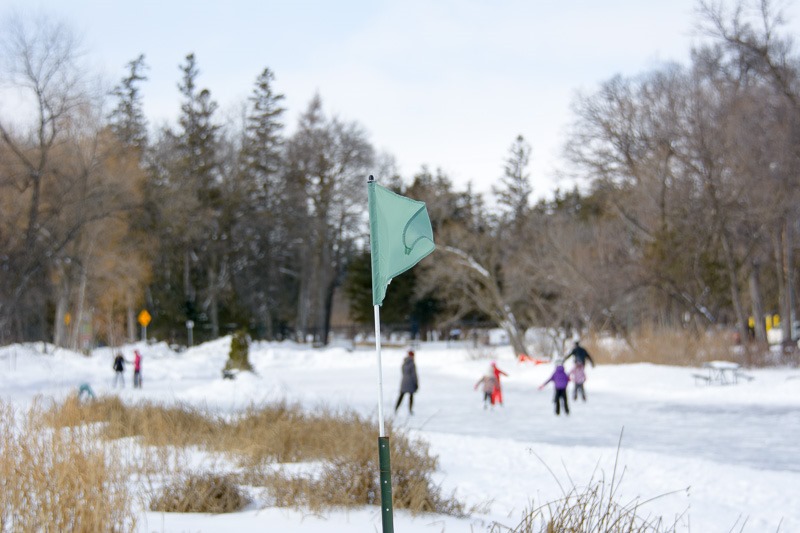 I’m not sure if the green flag means that it is safe to bathe or safe to skate. Since young and old were on the ice I think it was fairly safe to put my feet there too. Walk like a penguin and you won’t fall. Nor break your camera in the process. 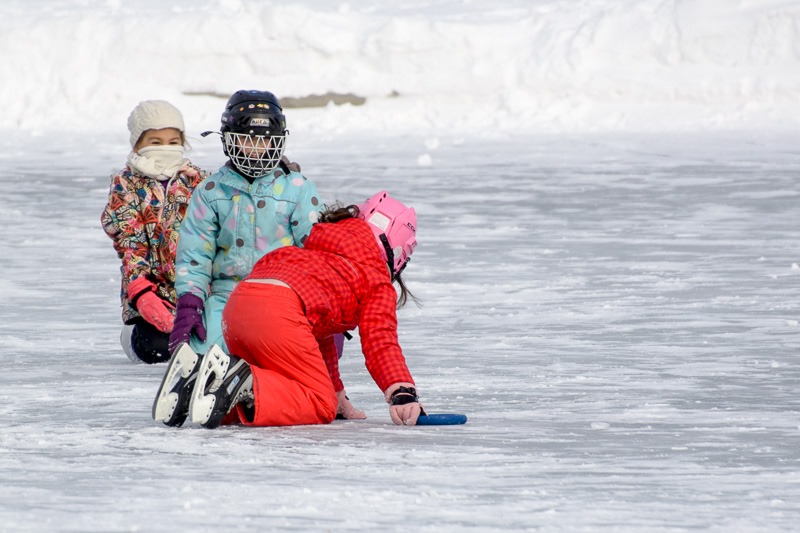 Meeting on the ice

Some kids did spend some time very close to the ice. Probably much closer than they had in mind when they were still at home 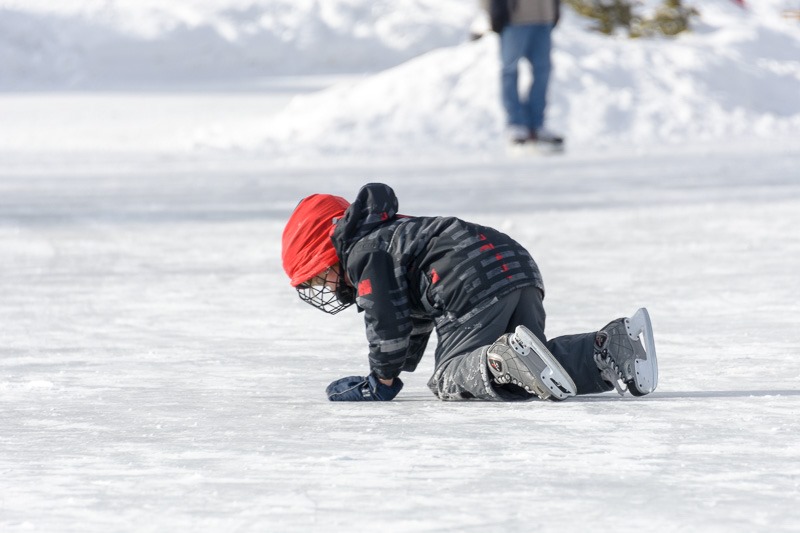 And it was not only the girls meeting the ice up close, the boys were in the same icy boat here. 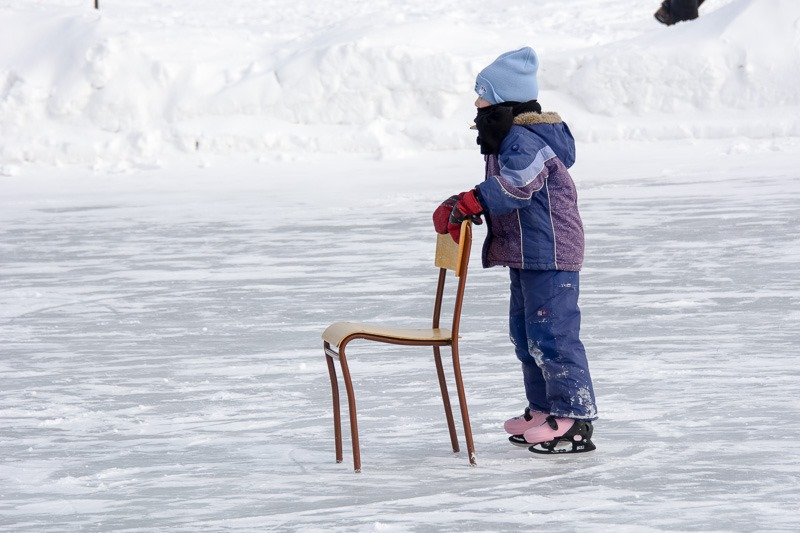 But everybody has to learn how to skate and the trusted old fashioned kitchen chair is still in service as I was able to see. As a kid I had the pleasure of using one of those as well, for about an hour. After that I used it to rest and watch the others flash by on their speed skates. Then I went after them, without the chair. 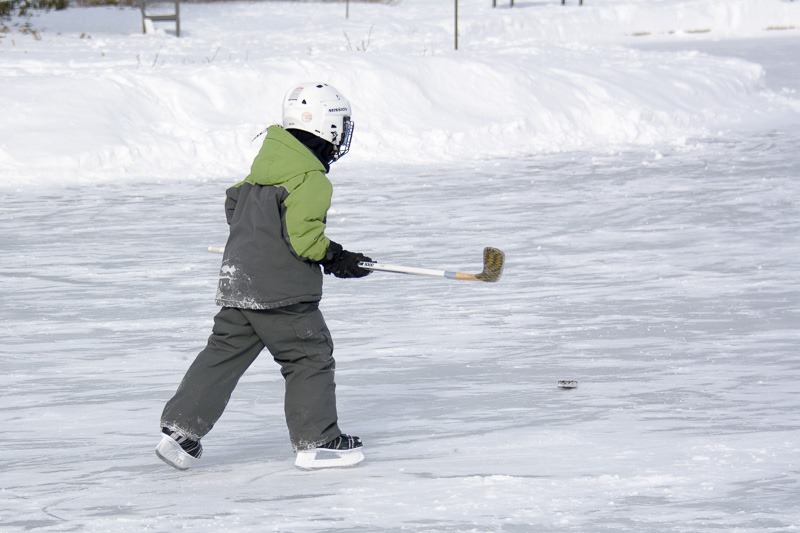 But put me on those rounded-off hockey skates and I will feel that ice up close again. My skates were twice the size of my boots and sharpened straight. Boy they were fast! But I guess that all depends on the motor that drives those skates, eh? 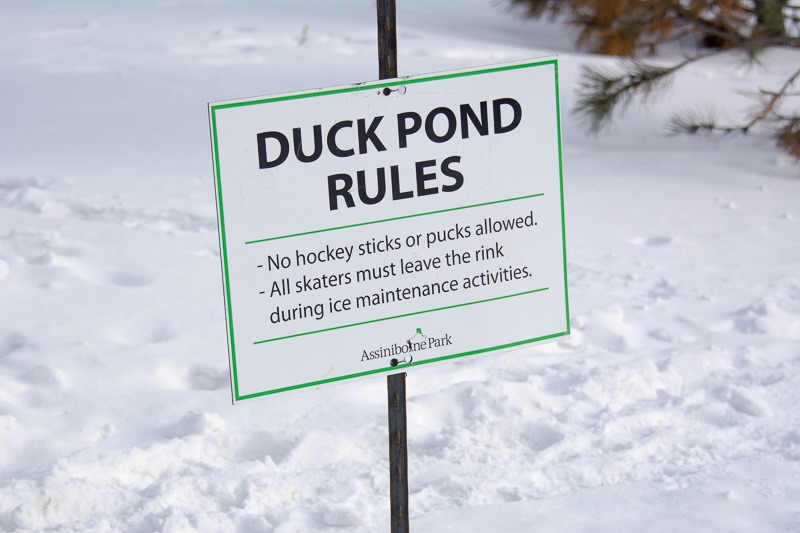 Ah, the rules… who needs them?

And, as usual, some people do not respect the rules, prominently placed around the pond. I think it says: no pucks and no sticks on the ice? Hmmm, the little guy in the previous picture must have been better in playing hockey than in reading English. But that’s only my guess 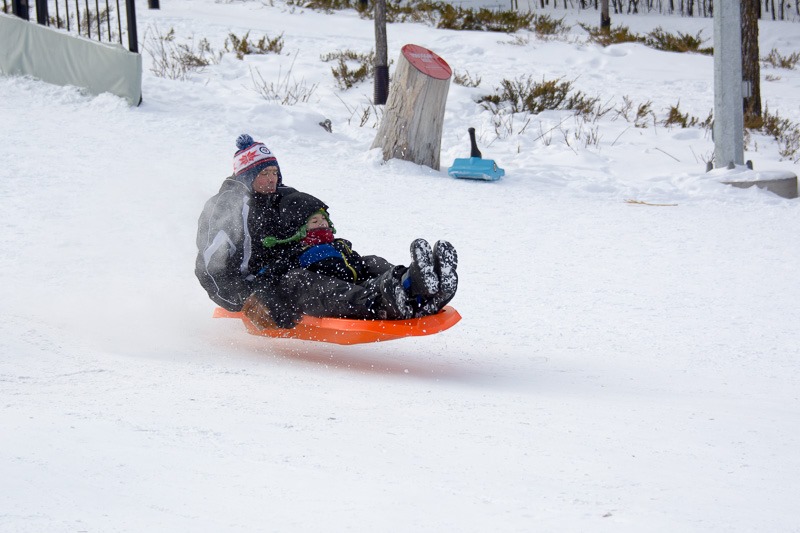 On the other end of the duck pond there is a toboggan slide. It is made for people with an aspiration to become flying objects. Some people succeeded, like the ones above, others… not so much. 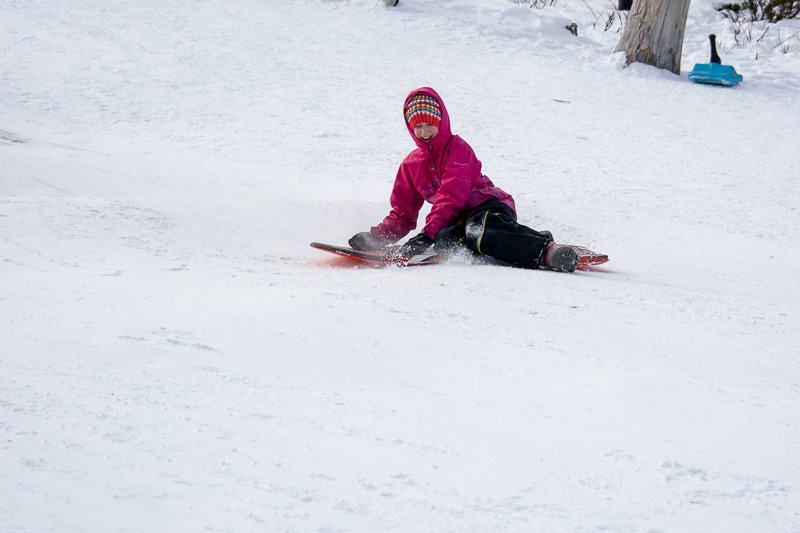 But it was all for the fun, or better said: it was all Park Treats, even if the official Treats were closed, losing out on a lot of business in the process