Many people know that I have lived in Ukraine a few years back. In 2005 I bought my first digital camera, a Nikon Point and Shoot of 4.2MP. Today that is nothing to be “proud” of, but back in the days that was one of the top models of its class. Apart from any available DSLRs, that was. 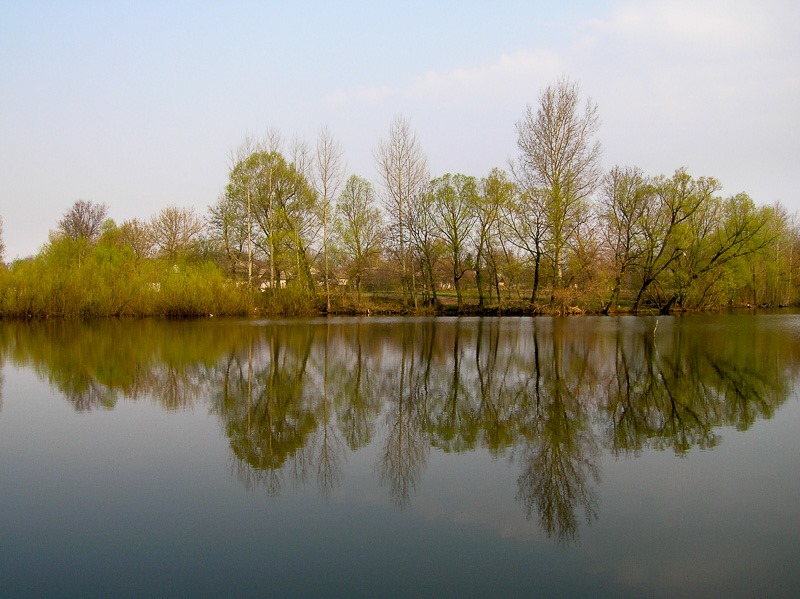 But even today, DSLRs in Ukraine are not very popular. Probably for many reasons, the first one being that they are expensive, way more so than the small P&S cameras. Secondly, in Soviet times SLRs were mostly/only used by people who you didn’t want to be photographed by. That is still very present in the memories of many people.

The number of times I was asked to stop taking pictures with my DSLR compared to the same occasions with a P&S… no comparison.

So this post has mostly been shot by my trusty CoolPix 4600. I still have it and it still works 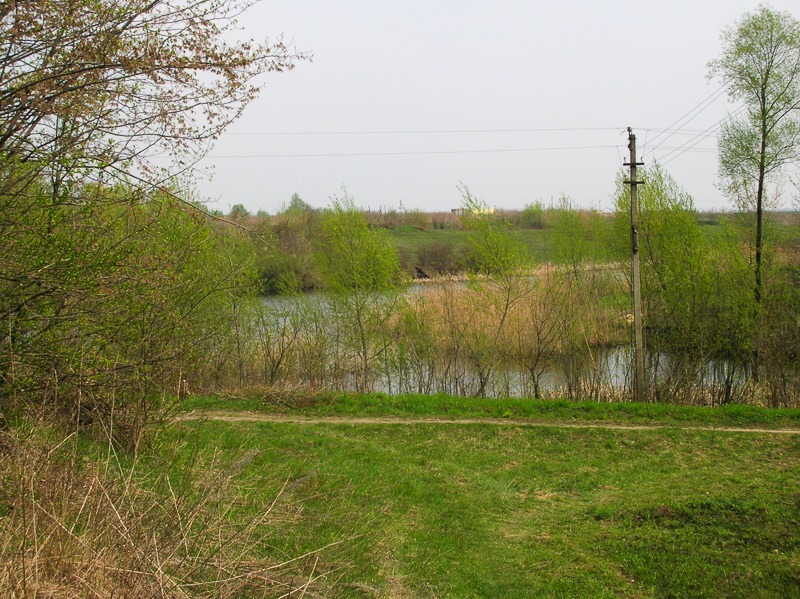 Back in those days we often went to a village in the north of Ukraine called Dubinka. If you’d be able to look it up in a dictionary, “dubinka” would be translated by the word “nightstick”. A totally inaccurate translation for the village, believe me. As for the word itself, the translation is correct. 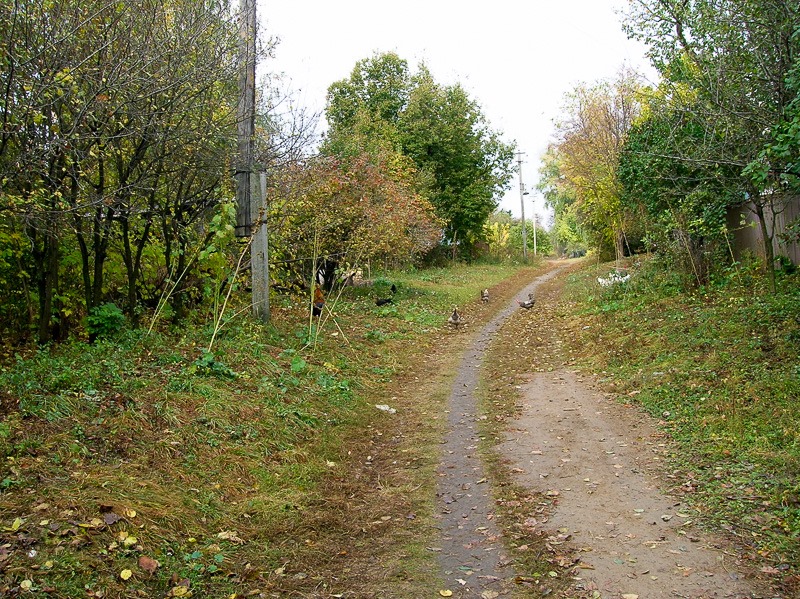 The street in front of the house

Dubinka is a wonderful sleepy village, where people still say good morning or good day when you cross them in the streets. Everybody knows everybody and after a short period of time, everybody also knew that I was not from Ukraine. It added to the mystery of my person, I think

. The people also noticed that I was always walking around with a small camera. 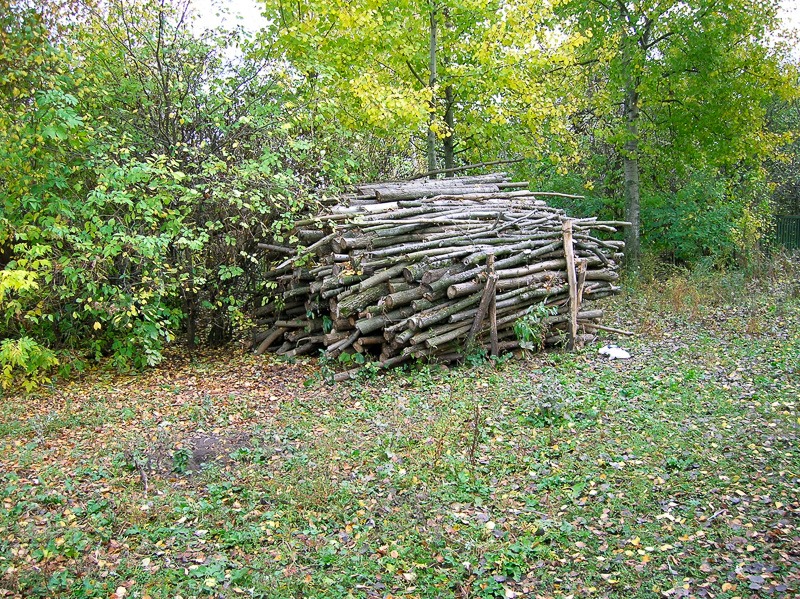 Heating provisions for the winter

When the big camera (Nikon D40x) replaced it, they were used to being photographed, although I kept that to a minimum in order to avoid any confrontation I could not retaliate in. My Russian/Ukrainian at that time was not very fluent (at all, but I did manage to buy beer without a problem…) 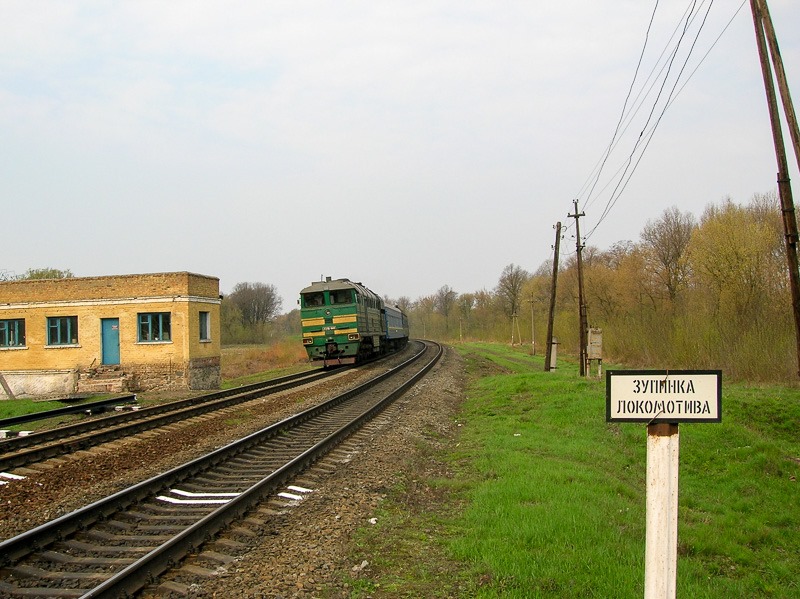 Arriving of a train

One day, I got a lot of people in one shot, and nobody said anything to me. They were all in the above train, arriving at the station in the village. The sign in the foreground says “Locomotive’s stop”, it is about 30 meters out of the station, so that people are not tempted to cross the rails in front of the locomotive. It’s less expensive than placing signs or any automatic equipment. 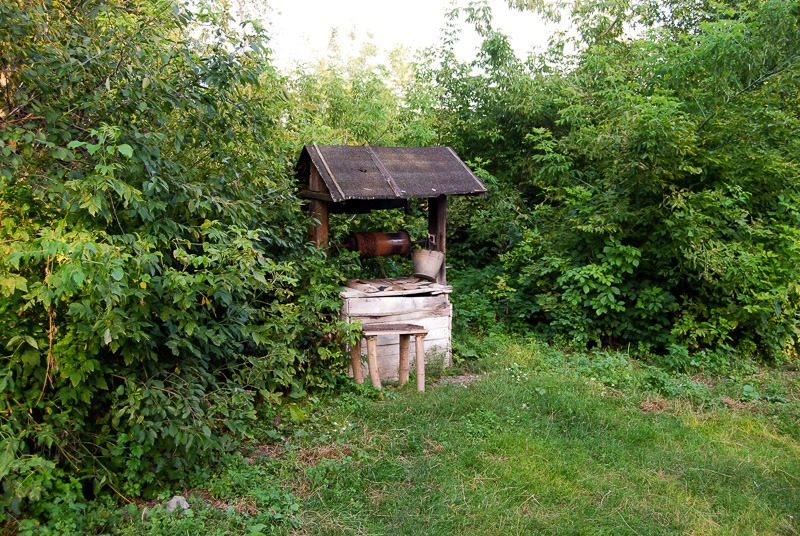 When we went to Dubinka, for me it was always a place to relax. Not so much for my wife, who needed to make lunch and dinner in a house without running water. The water from the well was mostly used for boiling and cleaning dishes, the house being situated below a cemetery. Drinking water was taken from the above well, a mere 400 metres away from the house. Guess who was carrying the water? 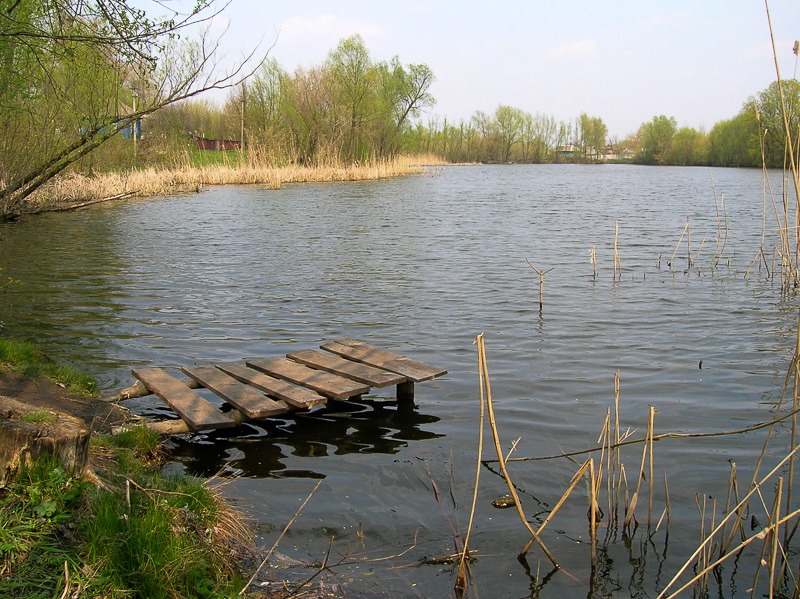 The village has no roads to mention inside the territory, streets are mere paths or dirt roads as we call them here in Canada. That meant to me that the whole atmosphere was as quiet as it could get. The ponds were not too deep, with a slight current in them to keep them from ebbing closed, but unfortunately not enough to keep the mosquitoes away. After sundown in the evening, they were horrendous. But here in Manitoba they are not behaving much better, trust me 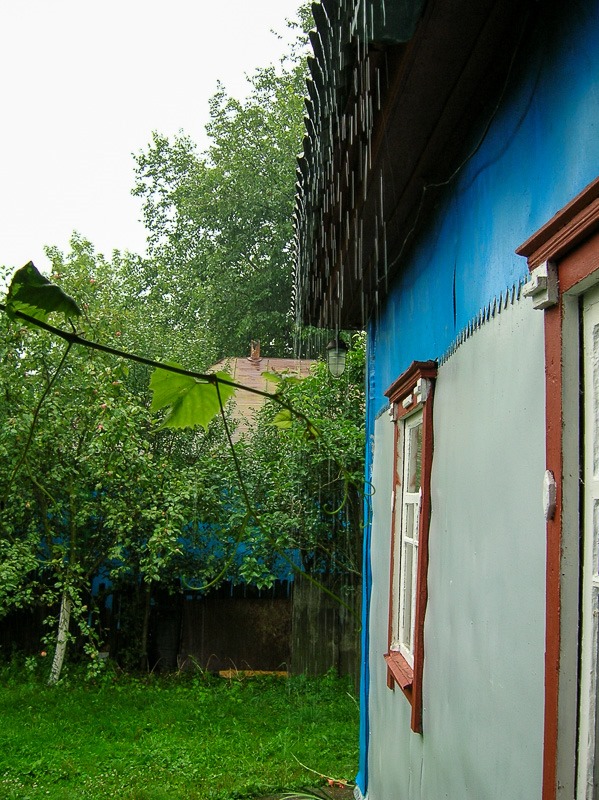 Rain drops are falling on my head… nearly

The rainy days were spent mostly inside, peeking outside how the water came down from the heavens yielded the above shot. Ok, not worth talking about, but this was in my first days of taking pictures. Later, composition came into play and shots got better. 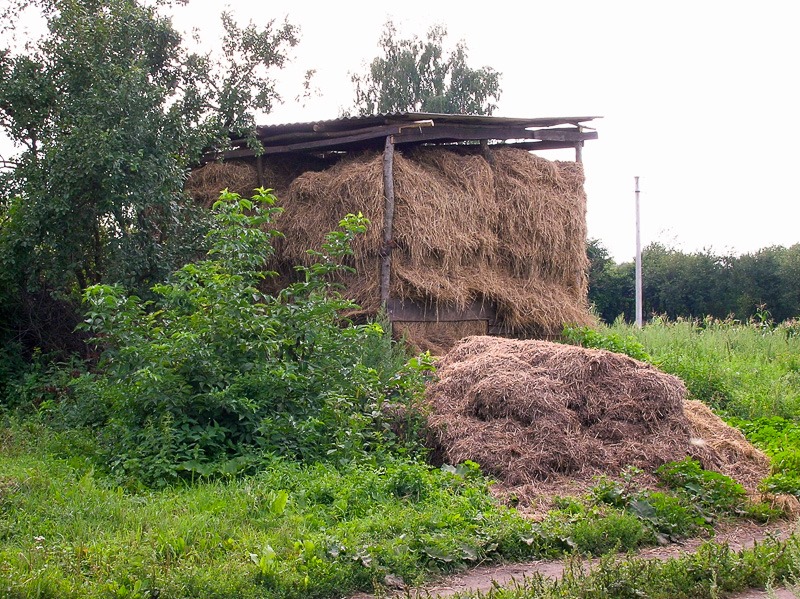 In late summer, the haystacks were plentiful. Authentic haystacks, not those artificial rolls we can see in the fields today. Shot in jpeg, the sky was blown out, as is often the case, but I had no choice. The overcast day was nice, the haystacks great, but the skies not worth shooting. 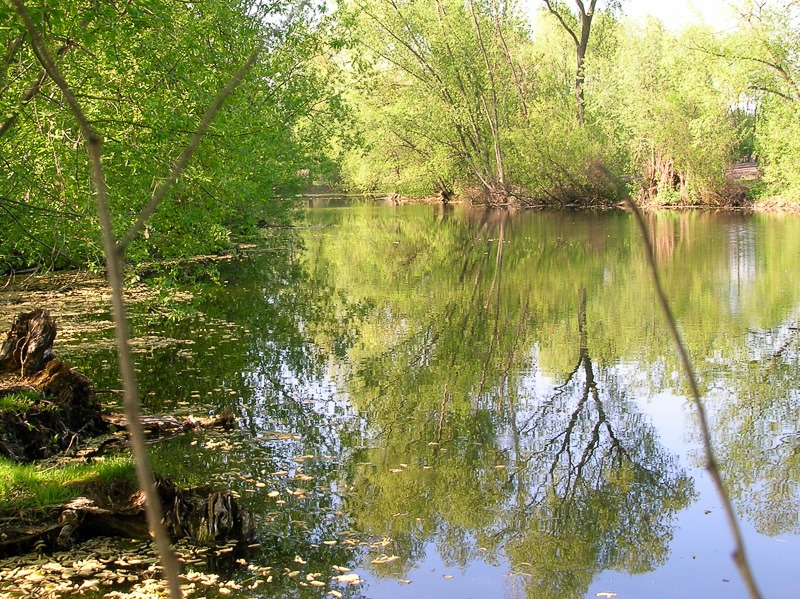 When the evening approached, the ponds were often very quiet, glassy mirrors of everything. Reflecting of the other side. The above picture was taken just behind our house around 7:30pm. 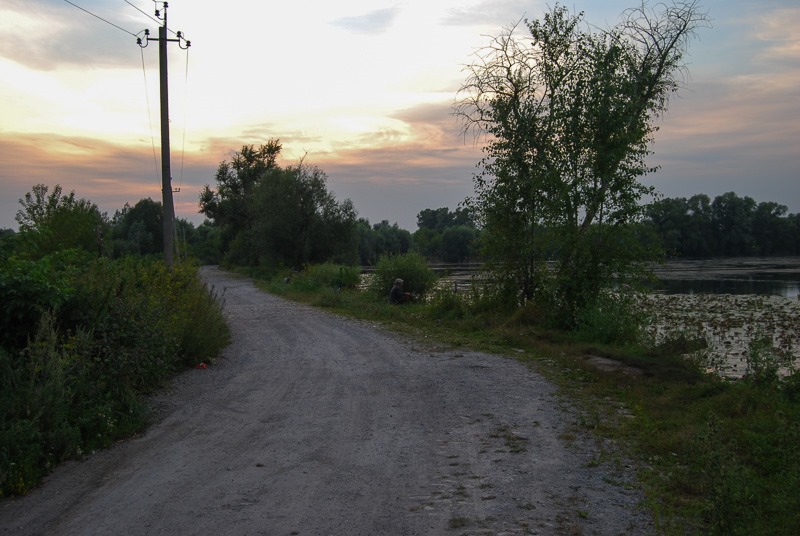 A few minutes later it was time for a late-evening fishing session, trying to find something to eat for the next day. Fish is being set out in those ponds, financed by the community. Outsiders should net even approach with their fishing rods. Enough said

Memories of this place are plentiful, all fine and worth remembering. Am I happy that I had a camera at that time!

A time long gone from reality, but the memories are still there, in my head and in digital form on my disks.