We’ve all had it, that feeling of nothing to shoot, nothing to be seen and nothing to show for it. Same for me, until a friend in the MFF came up with the idea of going on the ice and shoot the warming huts. The warming huts is a traditional presentation of shelters where frozen skaters can warm up their bones (and other parts) before continuing on their skating journey. 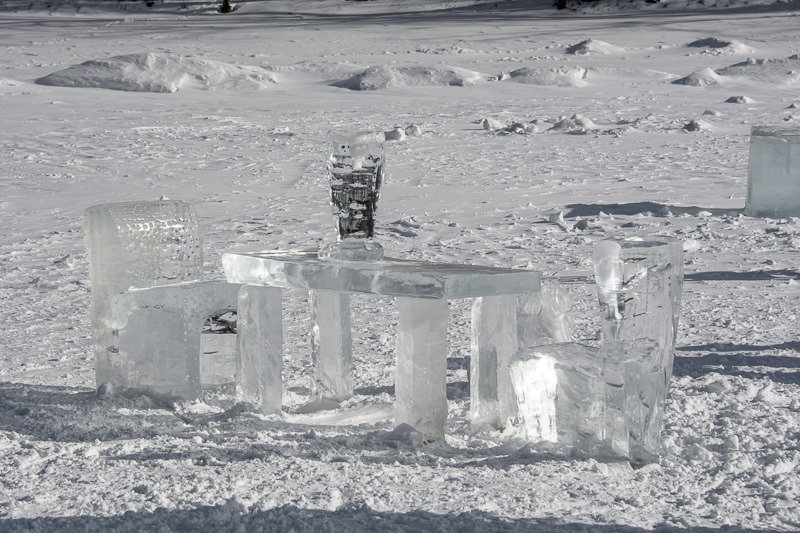 The huts on the ice were not very warming, an alarming evolution that started a few years ago with huts that cooled you more than the driving wind on the ice.

So instead of showing and writing about (non) warming huts on the ice, I thought I’d simply shoot whatever presented itself. An apprentice paparazzo, so to speak. But since I am quite shy with people, I preferred to shoot objects and situations. Way safer and no questions asked. 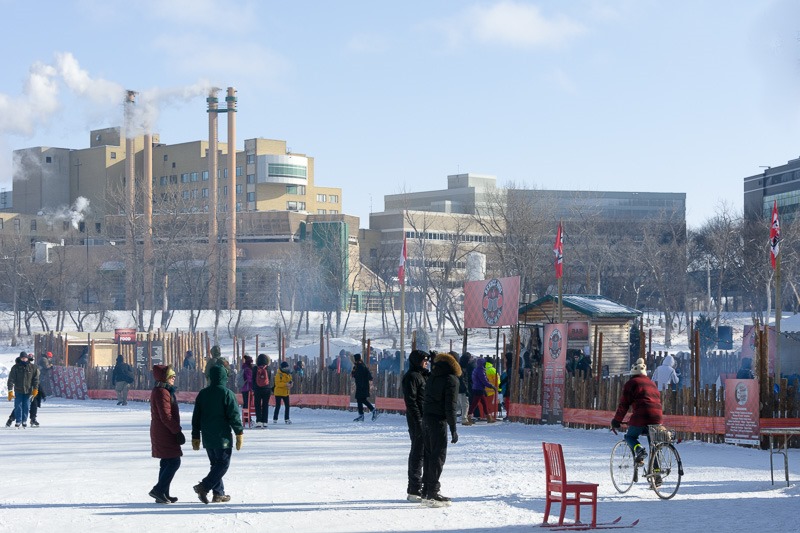 Activities on the ice were plenty, the “corral” that housed the alcoholic beverages (closable at will) was also built on the ice. Alcohol is one thing to keep you seemingly warm, although I think it is better to use it as a jumpstart than to use it as your unique source of heat on the ice. 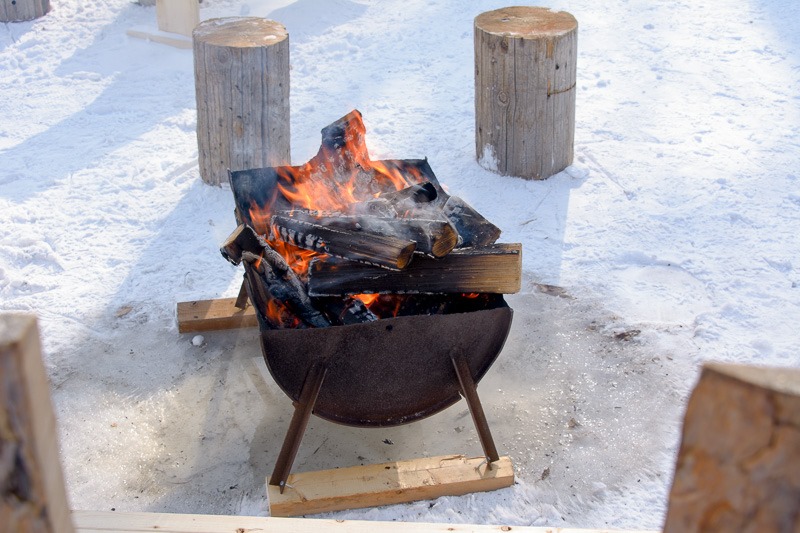 The other source of heat on the ice was real heat. Wood fires were placed at different spots so that you could warm, not only your bones, but your drinks as well. You just needed to be careful not to try and warm your mitts with your hands in them. 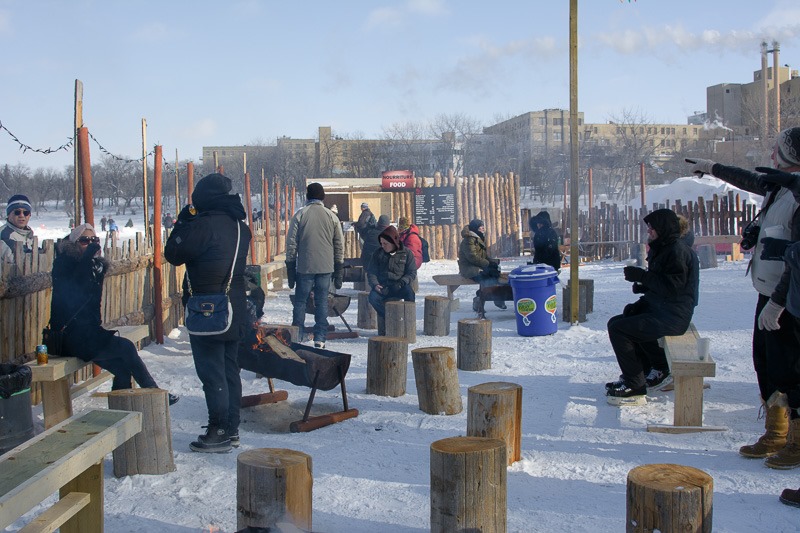 Sitting accommodation, on the other hand, was a bit sparse. My guess is that by the end of the activities on the ice, the furniture will also have been used as firewood. Come to think of it, it is probably the most economic way to get rid of your old furniture. 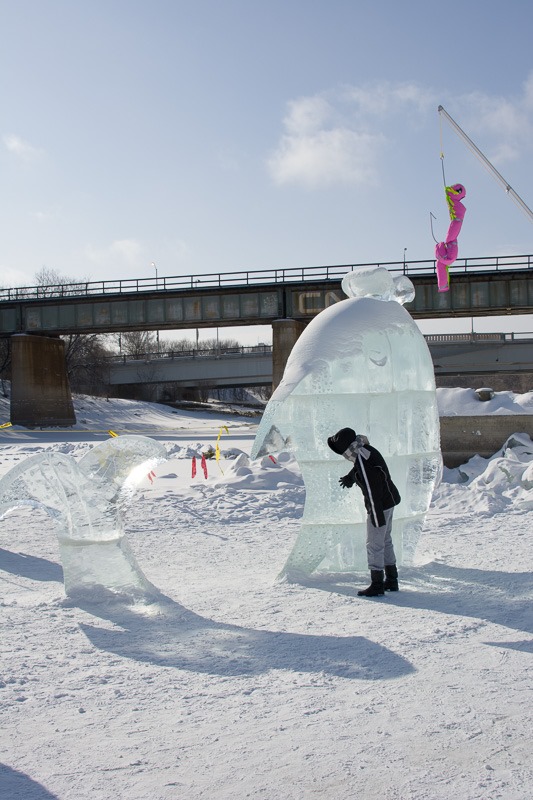 Usually we have snow sculptures here in Winnipeg, but this year a few ice sculptures were present as well. That was a nice change as ice and sunlight can give really interesting results for a photographer. The above fish and bait was about the story of an ice fisherman that had to cut his line because the fish was too big for the hole he had bored in the ice. The fish decided to come on the surface and corroborate the story about its real size 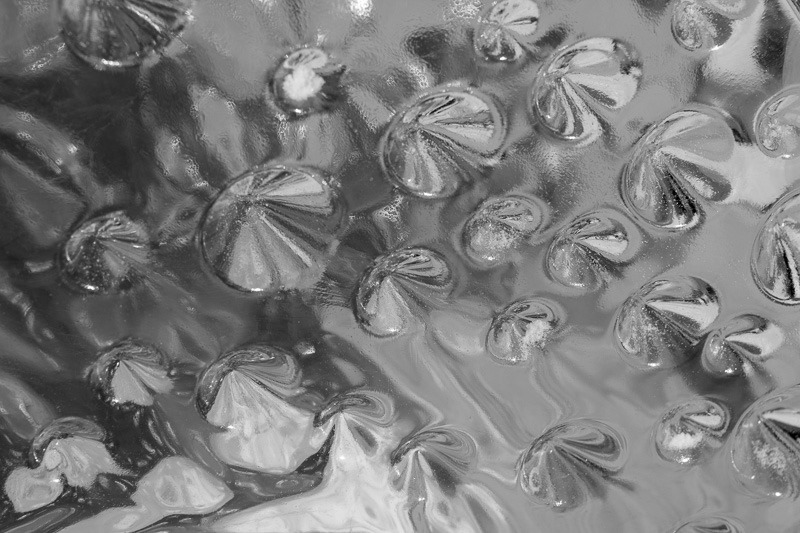 Up close, that same fish (or chunk of ice, if you prefer) can give an interesting light play. If I hadn’t seen this ice for myself I would never have guessed that this was a piece of sculpted ice. 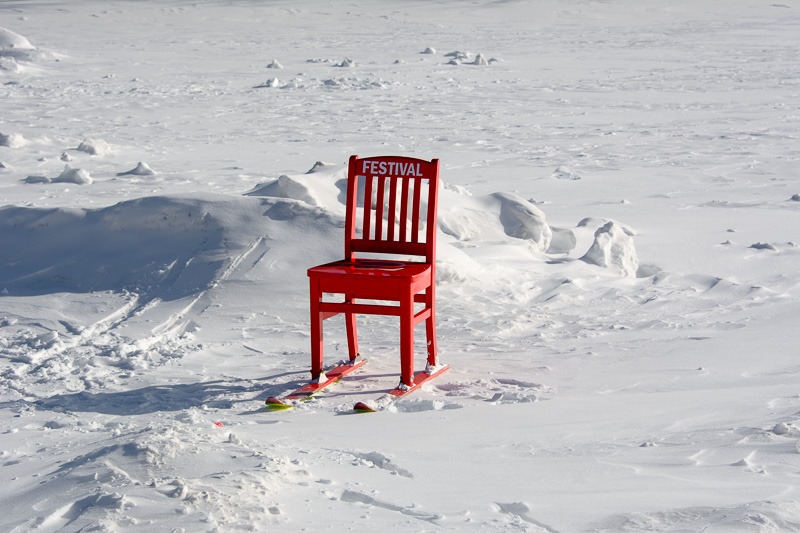 Back on the ice, other people tried to use furniture for purposes it usually isn’t intended. You’d think. Someone had the idea of placing a good number of wooden chairs on skis on the ice for the kids to learn how to skate. That is how I learned to skate, a few hundred years ago. 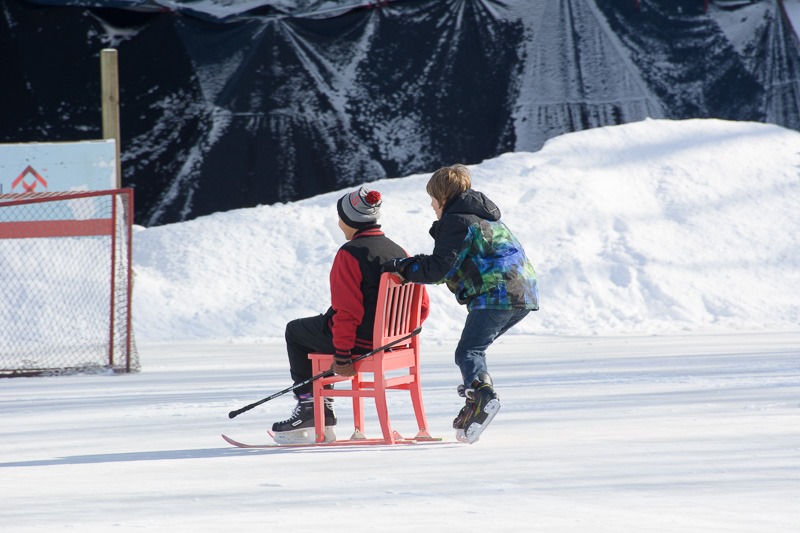 But I never knew that this was also the way young people learn how to play Canada’s favourite game… Oh, well… after all I am still a foreigner in this country 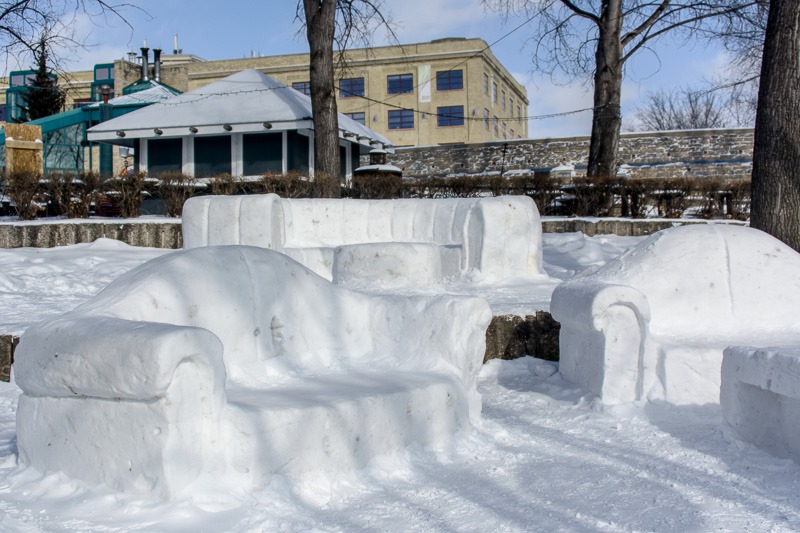 One thing you can definitely not say of this year’s ice amenities is that there are not enough places to sit, lie down or socialise. Although, again, I am not sure I would spend a whole evening with friends and beers on this type of furniture. It would keep it cool, though