What happens when you want to leave on weekend and the forecast is filled with snow, snow and some more snow?

That’s right, in Canada you still leave on weekend! The question arose a few weeks ago when we wanted to get away from everything and recharge our batteries a bit. 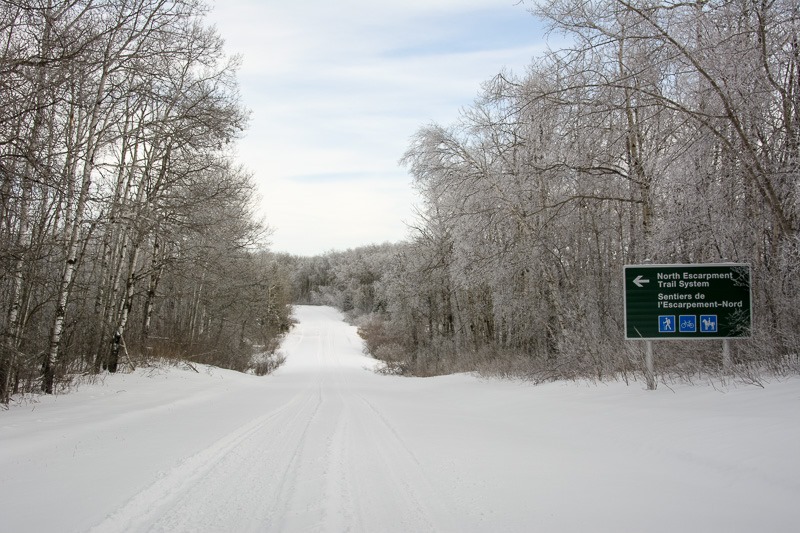 At first you’d think that driving in the snow is the very last thing you’d want to do when leaving on weekend. Well, finally it was not so bad, a few surprises here and there made for an interesting trip.

So we left for Riding Mountain National Park. Leaving over Highway No 1, there was no snow to be seen on the road. All went well there. But I was still a bit anxious about the other roads, the ones that many people were complaining about not having been cleared. 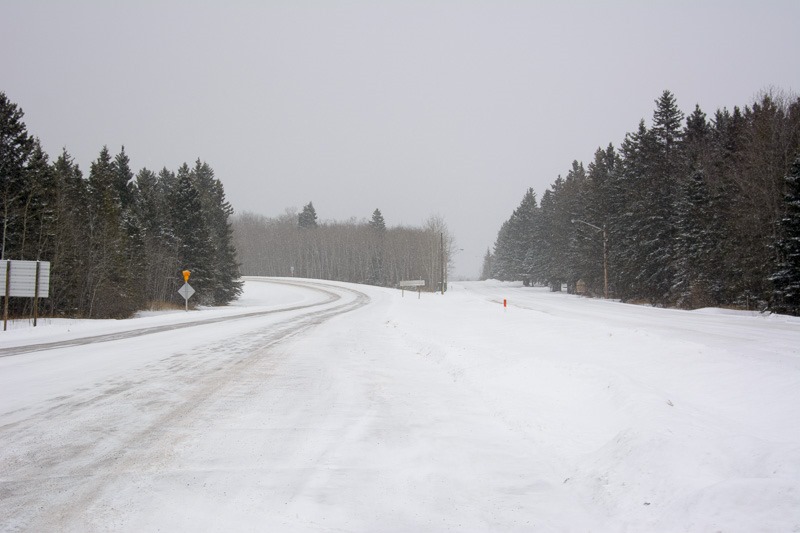 The start of adventure

All the way to Wasagaming, MB, the roads were nice and clean. But inside the Riding Mountain National Park it was a different story. The roads were a bit more covered and way more slippery. A sign at the entrance of the park stated that the road was closed to vehicles with more than three axles. That didn’t bother me, we only have two to play with and even more, it’s a 4WD so there should be no problem. 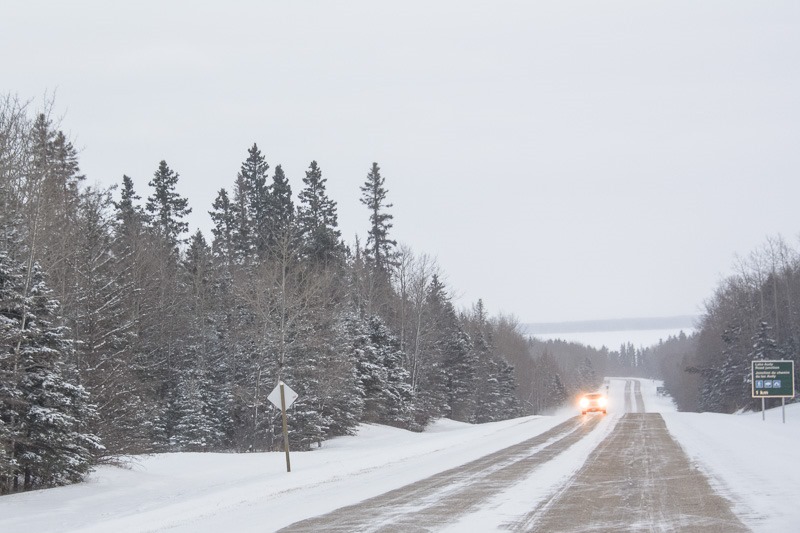 The weekend was planned to be a very nice and relaxing weekend, without any connection to the outside world except for emergencies. No emergencies presented themselves

. All the quiet time was for us. 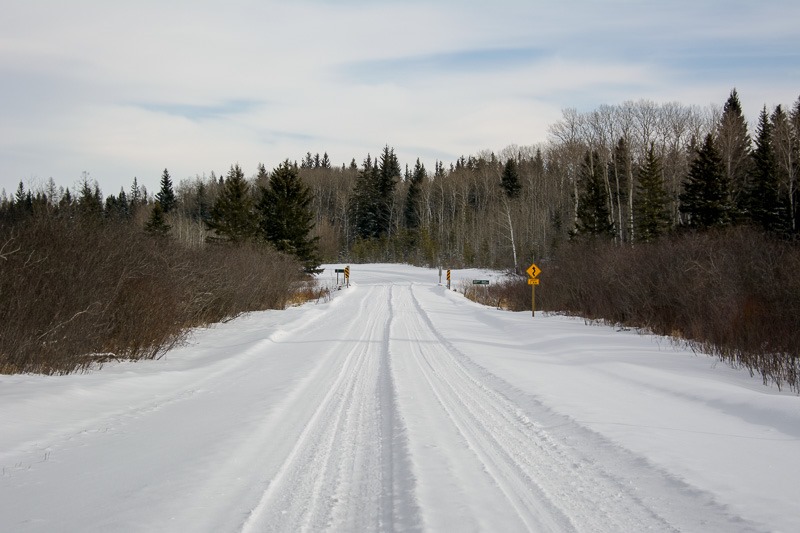 Snow on the roads, unless there is too much of it, usually doesn’t bother me. Don’t take me for a bragging expert, though, I can get stuck like everyone else. And I did get stuck. But in general I can handle the snow on the roads, slow down where required as not to end up in a ditch or worse. I guess it’s all in the speed. 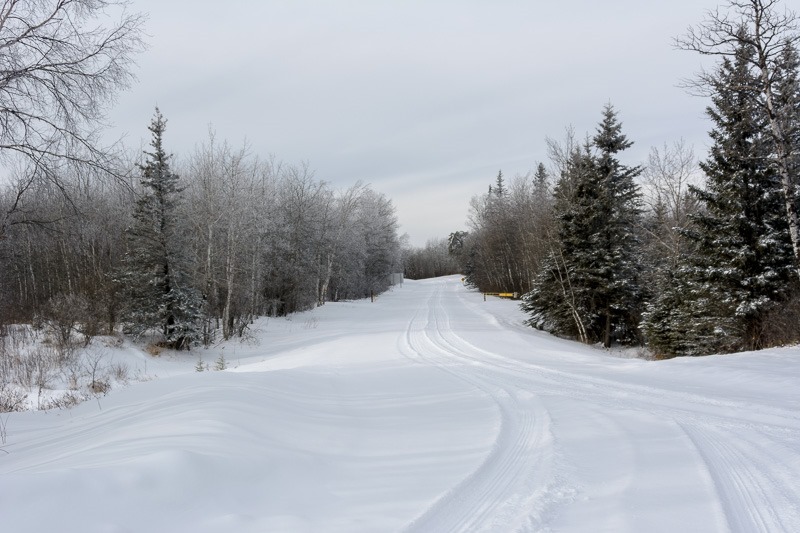 The road could have been closed

The highways in Canada are usually pretty clean, but Highway 19 inside Riding Mountain National Park seemed to be an exception. No ploughing had been done that Sunday, the next day was better, though. 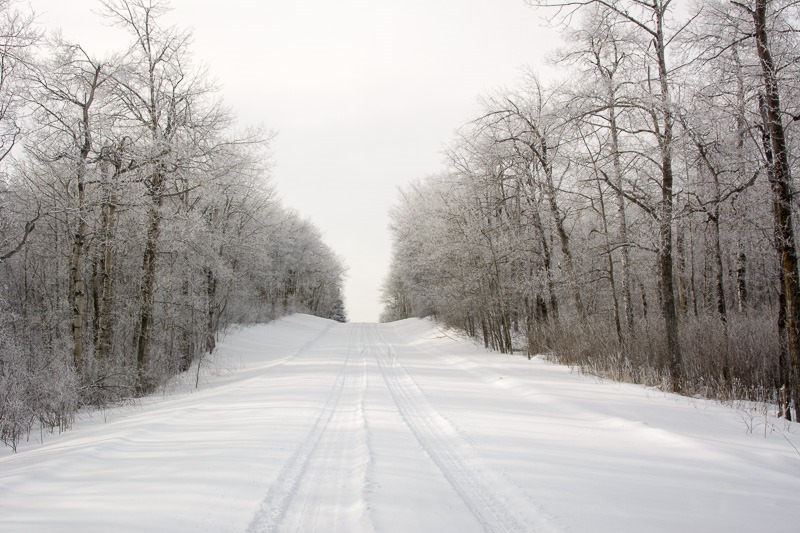 Hoarfrost for the pleasure of the few

So what do you end up with, when driving through snow and ice? Snowy pictures, of course! Some of the readers of my blog will never see roads covered in snow unless they decide to come and visit us in winter. 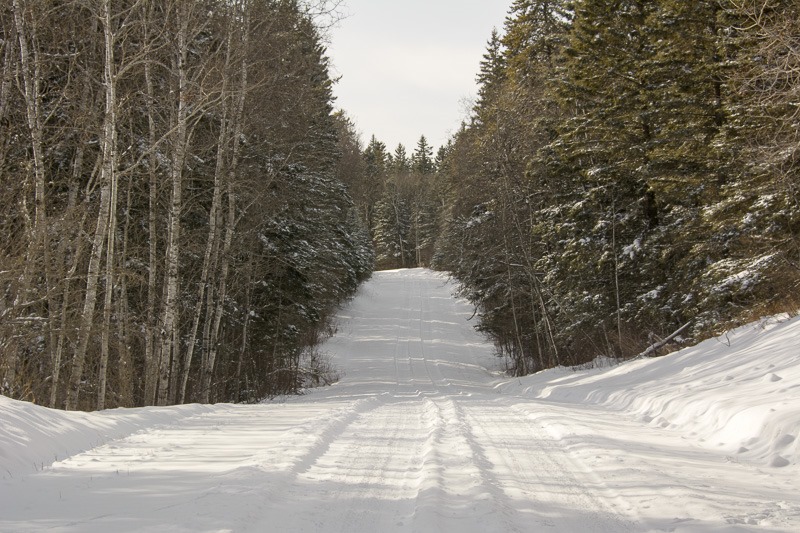 The views from the car were simply fantastic. Even more if you include the hoarfrost that had formed over the previous night.

The next day Highway 19 had been cleaned and some grass and dirt was showing through the snow on the sides of the road. It was a lot better for driving, but less photogenic. Also the real width of the road was now visible

, way more than I had thought the previous day. So we decided to go on a small cross-country ski trip. Only a few kilometres, nothing to write home about. To get to the trails we went to Katherine Lake, off of Highway 19, into the woods. 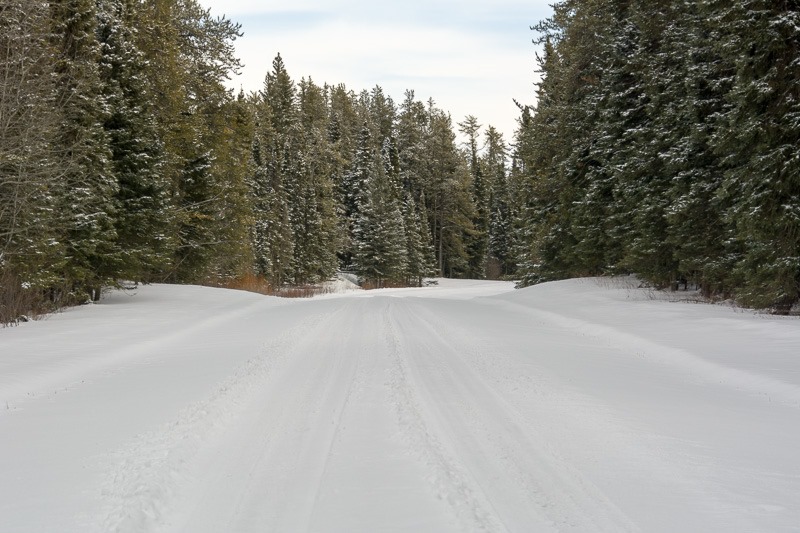 Where is the road?

More mesmerizing views unfolded in front of us. A few months ago I would never have thought of taking the car onto roads covered like this, but the new 4WD does hold out way better than the old car. 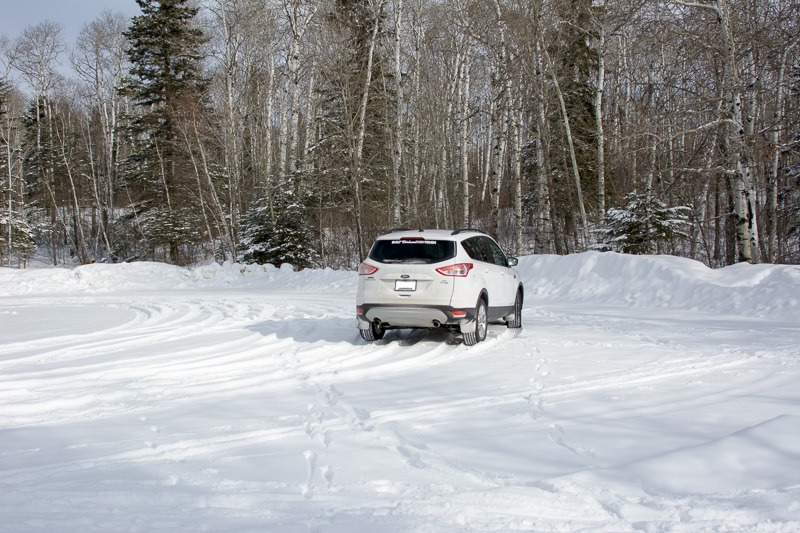 The modest 4WD for the weekend

Then we left to do some skiing, something my body is not really used to (like many other sports-like activities…) and after a while we made it back to the car. The only sound I could hear for a while was the beating of my heart. 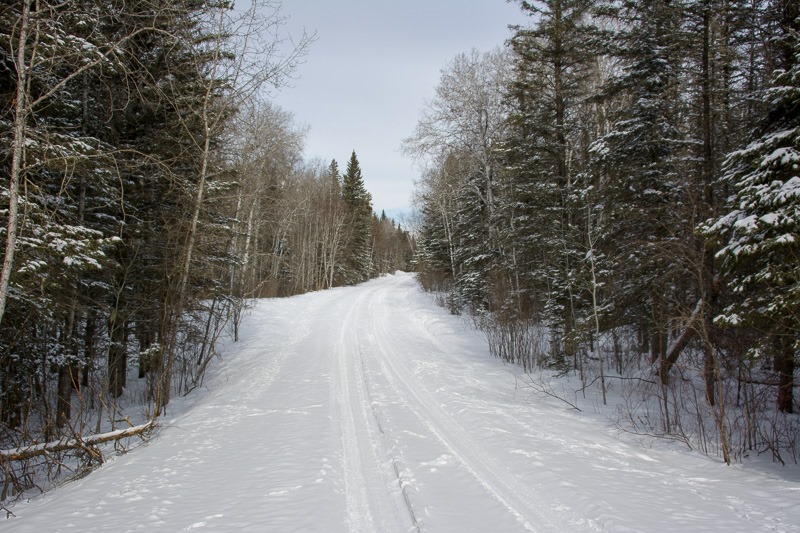 Just the path and us

The way back to HWY 19 was just as magical as the way getting there. Ok, it also was the same road, but viewed from the other side. At times it seemed that nobody had ever been in this small corner of the country. There were no sounds of other people, not even far away noise from skidoos. We were the only ones there. For a while.

Weekend driving in these conditions is a real pleasure for me, nice and quiet, nobody around except my wife and me. That only heightens the level of pleasure.

If you have an able car and the time, I can certainly recommend a trip to Riding Mountain NP, stay there for a night or two and enjoy the quietness to recharge those depleted batteries.