So here we are again: skies to be admired and often simply ignored. When I take pictures seemingly without a subject, people that accompany me usually shake their heads and start thinking about ordering the white truck with the men in white robes. 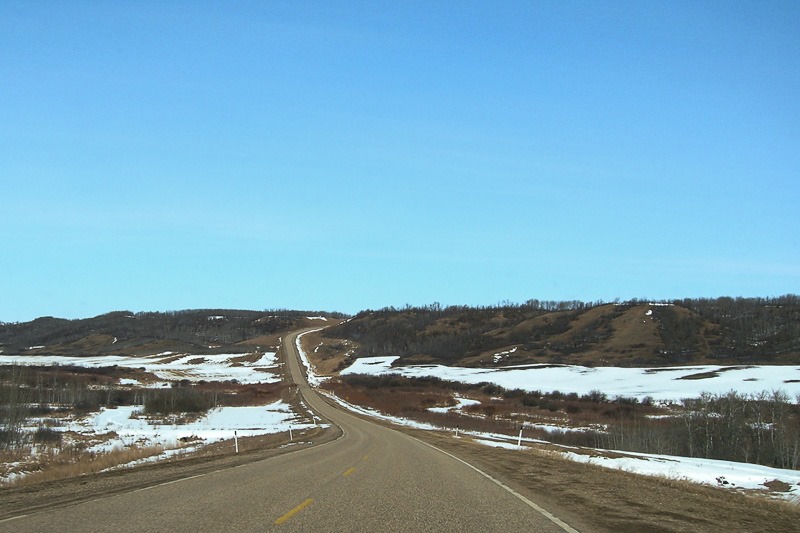 For me, it is completely different. I think they should be pushed into that truck, for ignoring that beauty that is above us.

The lead picture was taken near Sandy Lake, a few years ago. It was my first time in Canada and I wasn’t even sure I’d stay yet. The view from the car made me think that Manitoba might (just might) have some interesting skies over the span of the seasons. I looks like I was not wrong 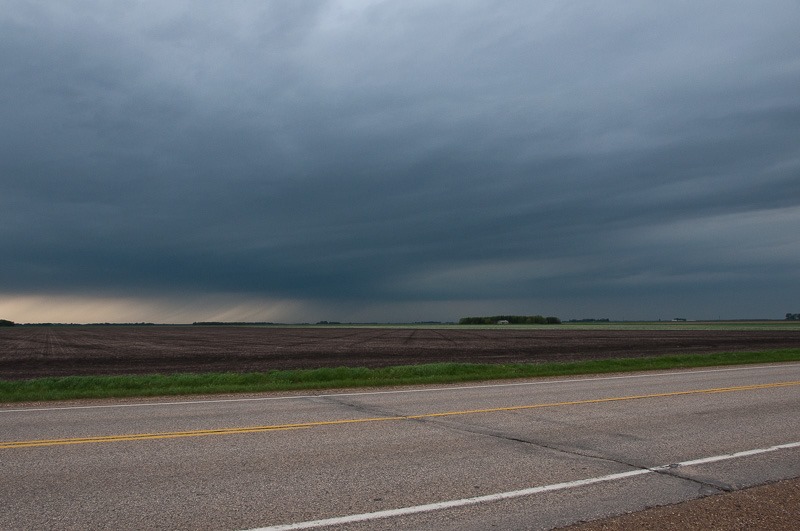 A few months later, I was back in Canada, this time with my wife. We decided to go and explore a bit in a rented car. Seeing the storms blow over the prairie flatlands from afar was wonderful. We didn’t know that the same storm would be upon us only a few minutes later. And it was definitely a wet storm! 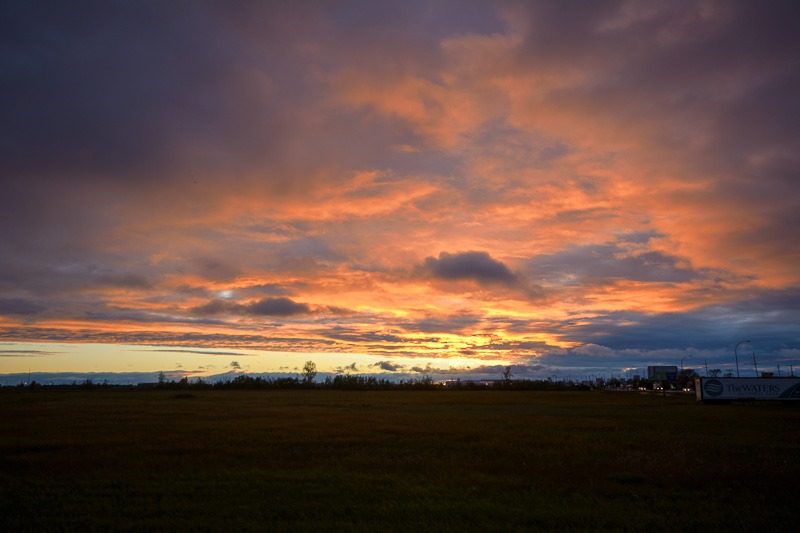 From that moment on, I decided that I would be taking lots of pictures of the weather and the skies here in Manitoba. It’s not to say that elsewhere the skies are not worth mentioning, but the ones in Manitoba are the ones we live under. If some of the pictures seems familiar to you, that is very well possible. I usually take several pictures of the same skies, just to see how things develop. Sometimes they do, sometimes they don’t. 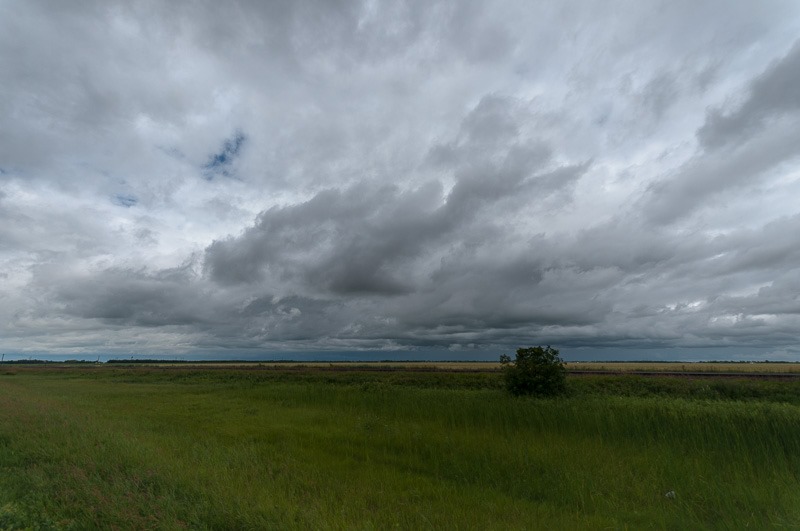 After a while I decided that waiting for the “bad” weather was not going to be enough, I simply had to go and find it instead. In fact it was not the “bad” weather I was after, more the “interesting” weather. The advantage of the prairies is that you can see everything from far away. 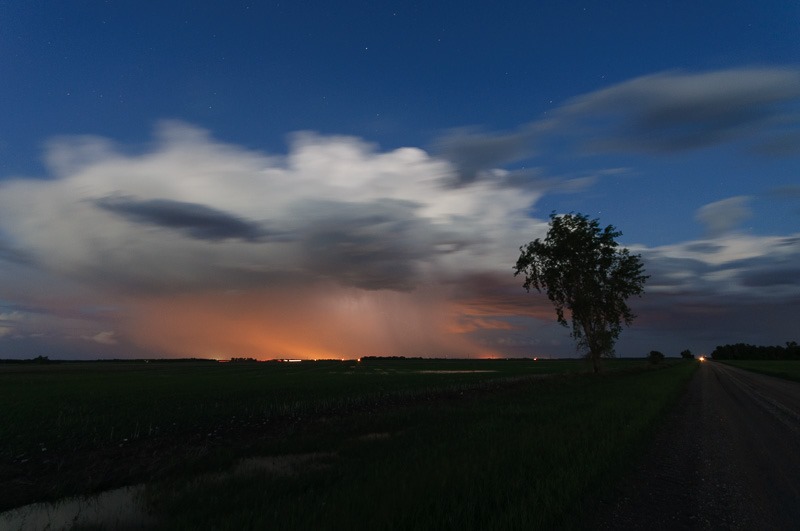 Far enough away that you can observer a complete thunderstorm, with lightning and all, but without even getting a single drop of water to smudge your lens. Some pictures needed a longer shutter speed, like the above picture with a 30 second exposure. I have tried with some cheap lightning triggers, but they always seem to take pictures in a continuous mode or not at all. Basically a waste of money. 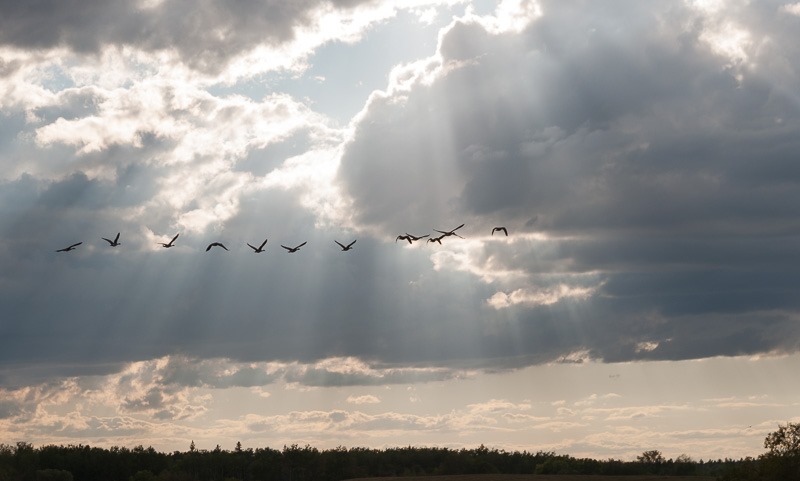 But you can’t always get thunderstorms to play with. Other times the sky is pretty “standard” but that little detail is what makes it interesting. A gaggle of geese flying south for the winter against some sun rays. Nothing special, but a nice picture anyway. 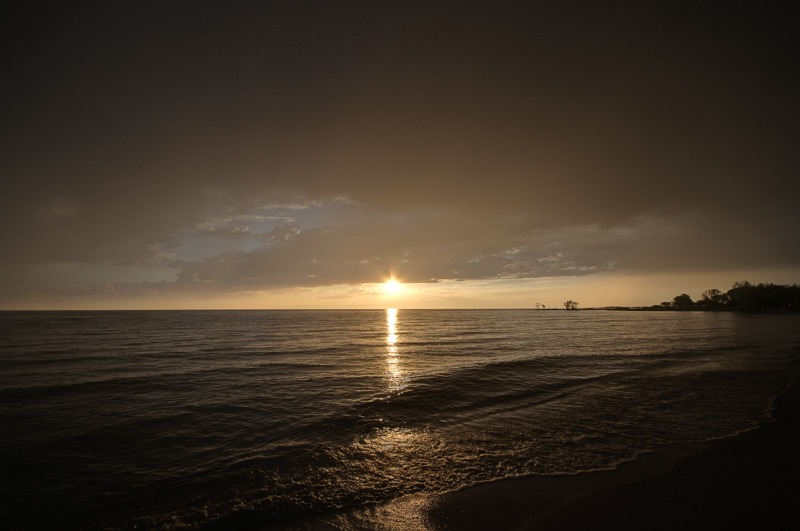 Other times it is the sun itself, making a spectacle. A sunset is always a nice subject. However, the sunsets in the Caribbean always seem to show the same thing: water and a fireball descending into it. If there is no way to capture the scene a bit better, those sunsets remind me of most other sunsets over water. And I don’t even remember where I took those pictures. Here in Manitoba, the lakes are great for taking sunset pictures. There is always some shore to be seen. 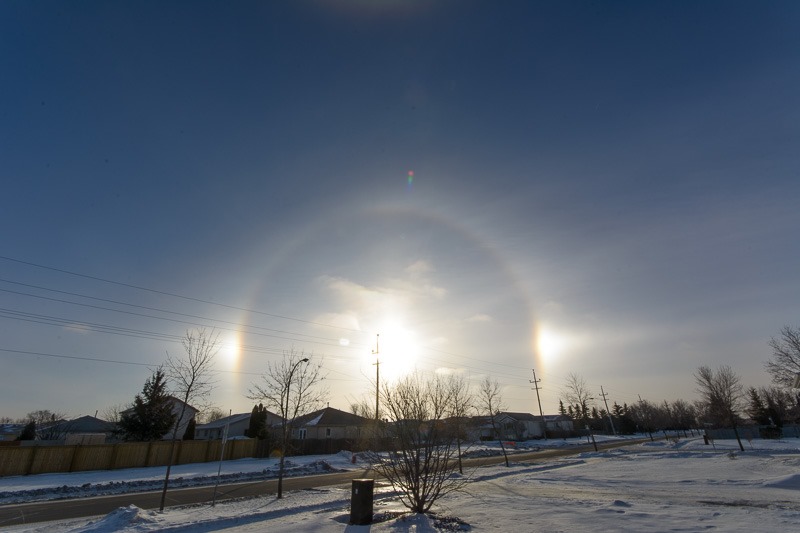 Again, other times it is the atmosphere creating the show. While this picture from outside my house nicely shows the sundogs, the foreground is not exactly the most interesting. The sky is great, but the picture lacks that foreground. 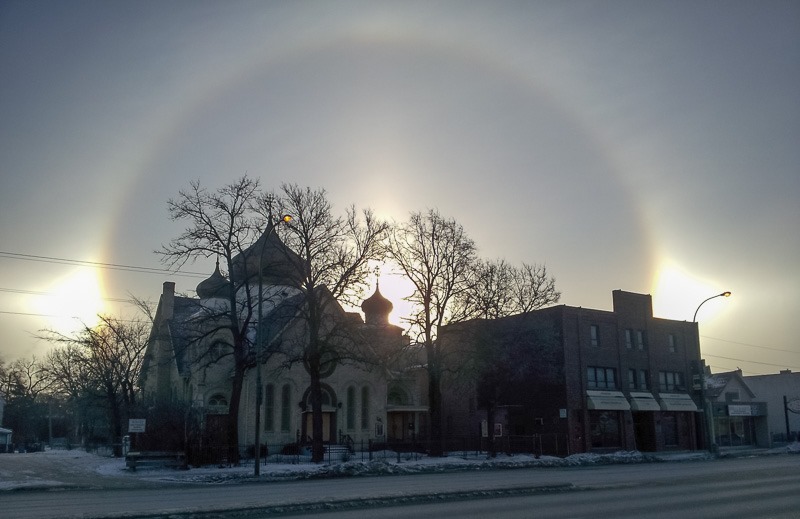 So I went to find a different spot in the city and promptly forgot to take my camera. Happily cellphones nowadays are pretty capable of taking this kind of shots. With the added benefit that you don’t have to look through the viewfinder to see what you are shooting. I am not a fan of LiveView of any kind, but with shooting against the sun LiveView is a must.

At least I can still see to take more pictures.

So here you have it, taking pictures of the skies, simply for the beauty of them is something you will see me doing from time to time. Skies are interesting and ever changing. All you have to do to catch them is look up and shoot.

Provided you don’t forget your camera.