In search of the White Bird

First off: Happy New Year to you all! Then let’s talk about that white one… The Snowy Owl, that is. We all know that it exists, that is is a bird that would live in the polar regions and can hardly be photographed. Much of that is true, just as much as there are untruths out there. 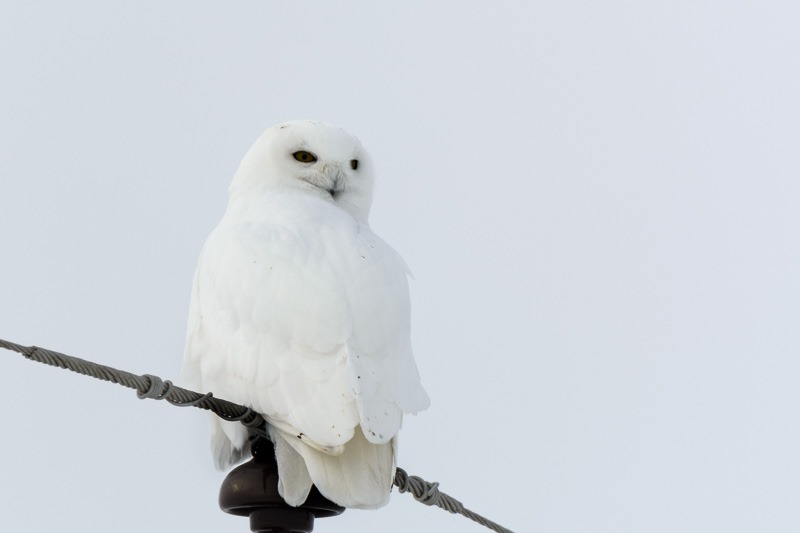 Let’s start with the basics of the bird…

It prefers to live in the cold, its white feathers, speckled or not, make it ideal to hunt in a white environment. Of that, we have enough in Canada, even as far south as Manitoba. When winter and snow comes, the Snowy Owl is not far behind. They live mostly and preferably from small rodents and even lemmings. When food gets scarce, they easily relocate. When food remains abundant, they can even stay where there is no longer any snow. Some birds have been spotted around Winnipeg until late May. 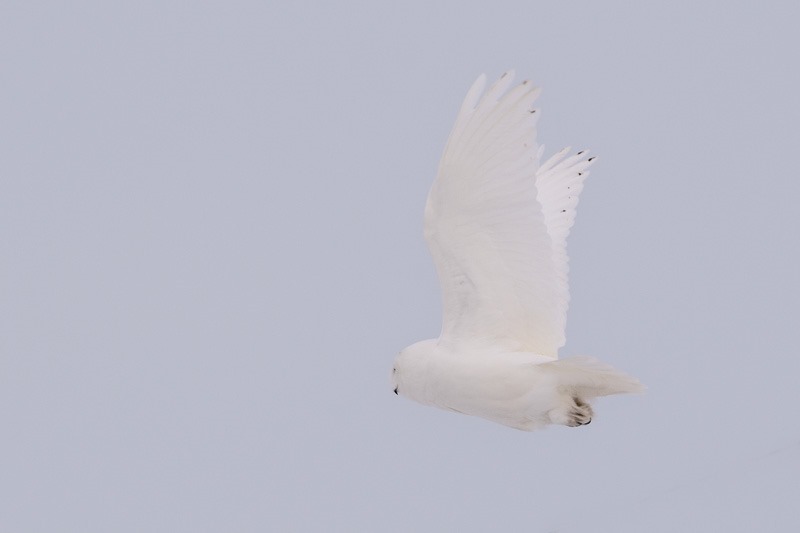 Males are mostly white, females have brown specks at the end of their feathers. Breeding occurs in May to June, when they are already gone from Southern Manitoba. They have very little natural predators. Unfortunately for us, photographers, that doesn’t make them less skittish at the sight of a human with usually some black thing pointing at them

. They are easily scared, but not only by humans, they are “paranoid” by nature. They live in an environment with bears and other predators they don’t like.  Let’s say they are just careful and prefer to remain unseen. To other animals they may remain “unseen”, to avoid photographers they will need some better techniques 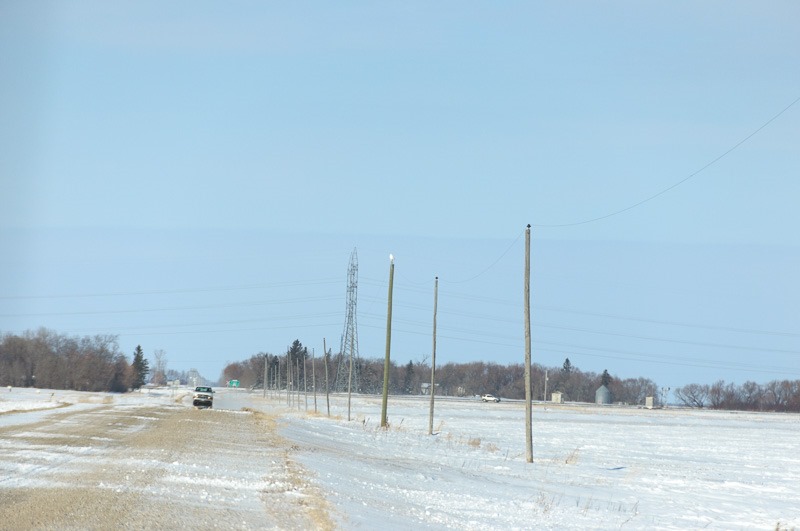 The usual environment to find Snowies

Now that we know the bird a little, let’s see how we can approach them without scaring them out of their wits for the rest of the season, shall we?

When I drive by with my car and see one of them, I slow down, roll down the window and try to catch it with my camera. If the bird flies away even at the sight of the car, I can only think about two reasons: the first is that the bird already had some reason to fly away to better spots and the car was just the last drop in its patience bucket, -- or the second reason: the bird got scared by the car on the road far below it. Somehow I believe the first reason more. 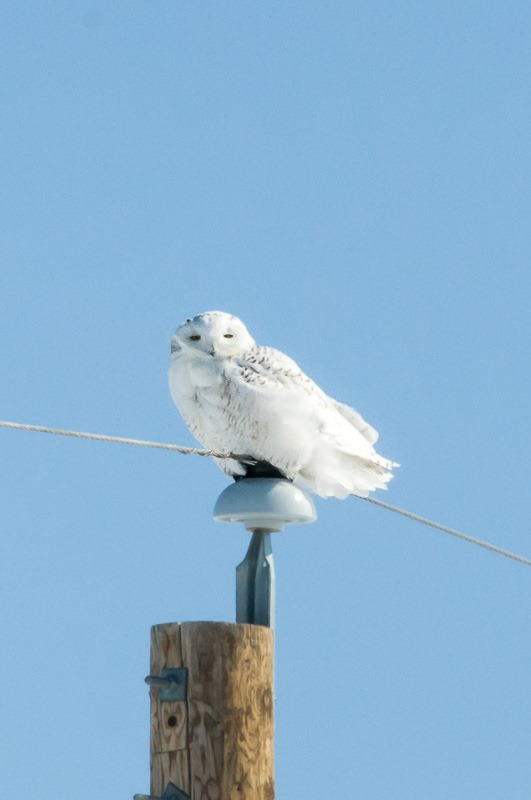 If it flies away, it also usually will land on a hydro pole a bit further down the road. Unfortunately for the bird, this is often also the direction I am going. If it flies away again, I make no attempt to follow it or shoot it. Better to leave it alone. I will have been no scarier than a trundling moose. 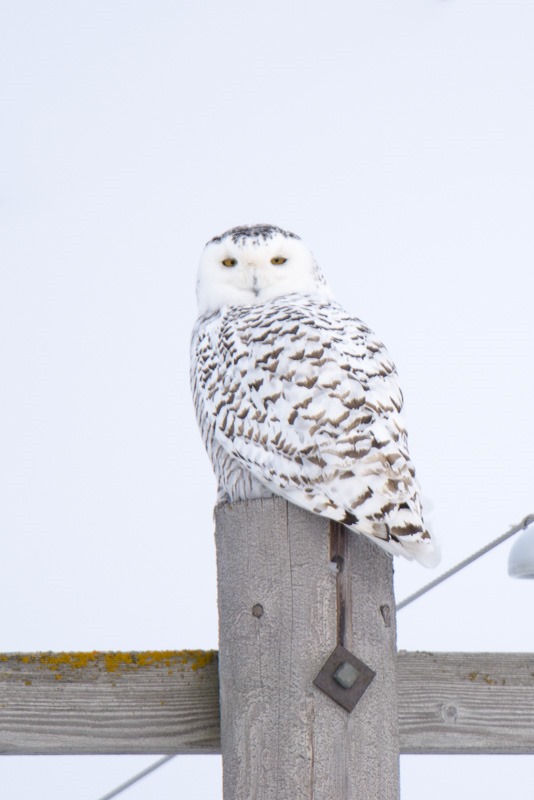 Now what happens if the bird does not fly away? I will creep closer with the car, roll down the window and then turn off the engine. The roads I frequent for this type of hunting are not main roads, traffic is limited to a minimum so I can stop even in the middle of the road. Although a few times my hunting was disturbed by passing dump trucks full of garbage. If the bird still remains in its place, then it’s a perfect subject for a photo shoot 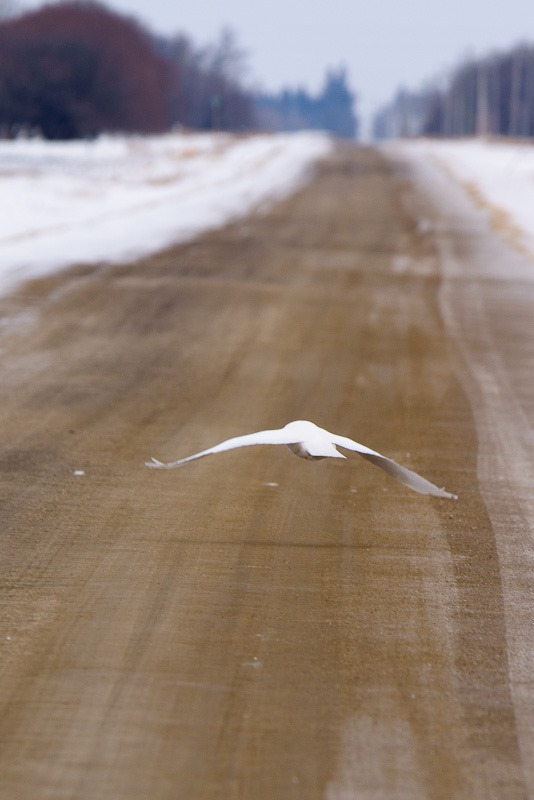 If, after a few minutes, the bird still flies away, I try to follow it with the camera only, unable to drive and shoot simultaneously. I will try to lean out of the window if the angle is possible for a picture like the picture above. 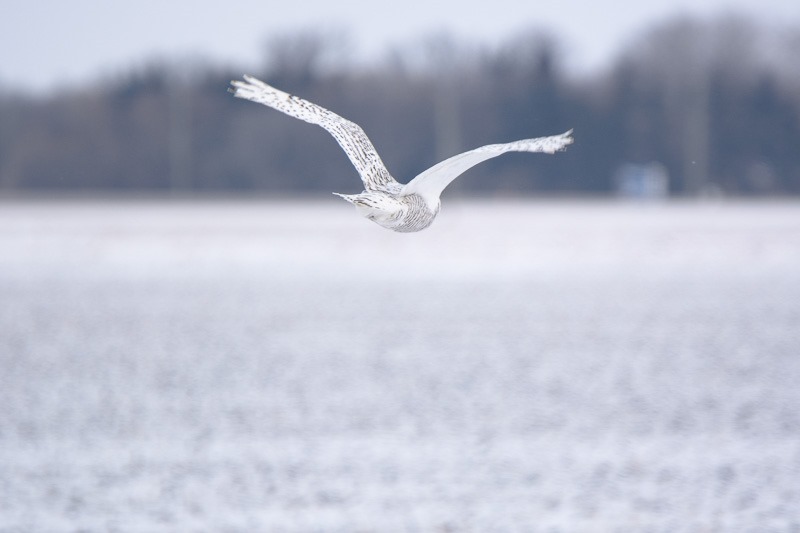 If the bird goes far away in a field, I will leave it alone. Birds on the ground are more prone to stress than birds on wires, hydro poles or other high placed spots. If I can spot them on the ground feeding, that’s a bonus, but I won’t get out of the car and stalk them. No need to make their already scarce diet even scarcer. 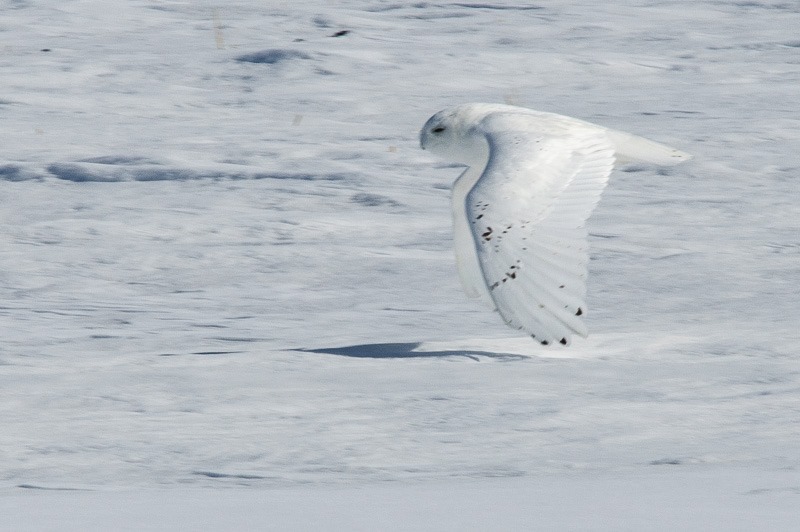 The car is a “natural” blind for us, photographers. It camouflages our form and our intent. But it is not very flexible or mobile once we start shooting. All of the shots in this post were taken from within the car. No birds were stressed using my technique. The Snowy Owl is the most skittish owl I have found until now, I will try to disturb it as little as possible. But I won’t be leaving it alone for a full winter without trying to get a good shot at them

And now… what NOT to do… 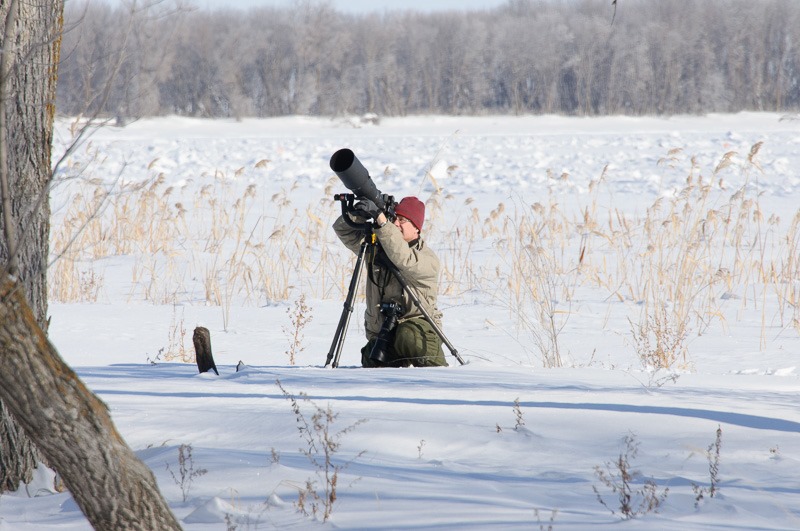 The picture above is from a guy that clearly didn’t understand what it means “not to disturb” an owl. He was shooting a Great Grey Owl, not a Snowy Owl.

Just to explain this picture, the owl was a mere 10 metres away on a branch, trying to hunt for voles in the snow this guy was so eager to sit in. His potato chips bags made enough noise to ruin the sounds the owl needed to hear its prey, he was using them to attract its attention

. When it flew away to a different tree, he followed it until the owl disappeared to the other side of the river.

THIS IS NOT THE WAY TO BEHAVE WITH ANY ANIMAL!!!

Let’s just leave it at that. Perhaps try it with bears…