Everybody has them, one day or another. Those foggy memories, not remembering what happened the previous night. Depending on the situation, that may be a good or a bad thing. They are better forgotten forever

. But some foggy memories are worth remembering for a long time, like the ones that you have from a walk though that fog. 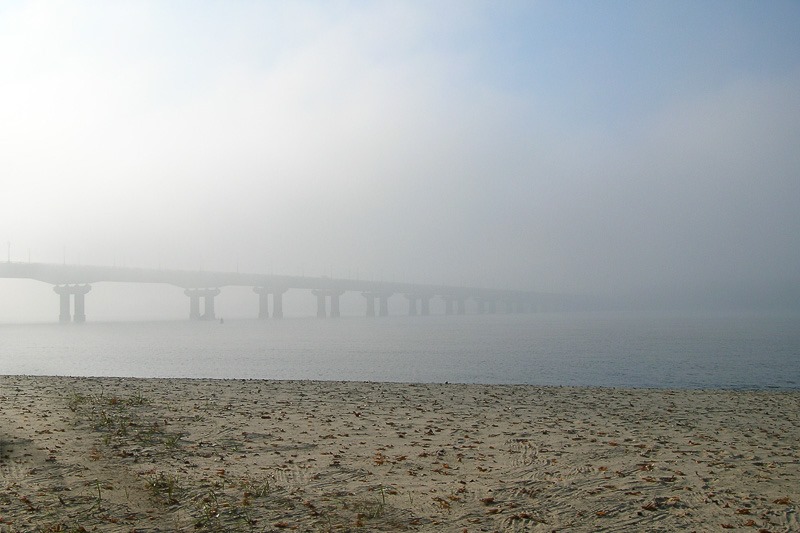 With your camera of course. Sharing those memories is the next best thing, so here we go…

A few years back, I lived in Kiev, Ukraine. That was before the bad stuff of the beginning of 2014. The centre of the city has a few islands in the middle of the river Dnipro or Dniepr, depending where you come from. One early Saturday morning I went there with my Nikon Point and Shoot, my first digital camera. Once on the islands, I got to the beaches and saw the bridge disappear into nothing. That is the lead picture of this post. 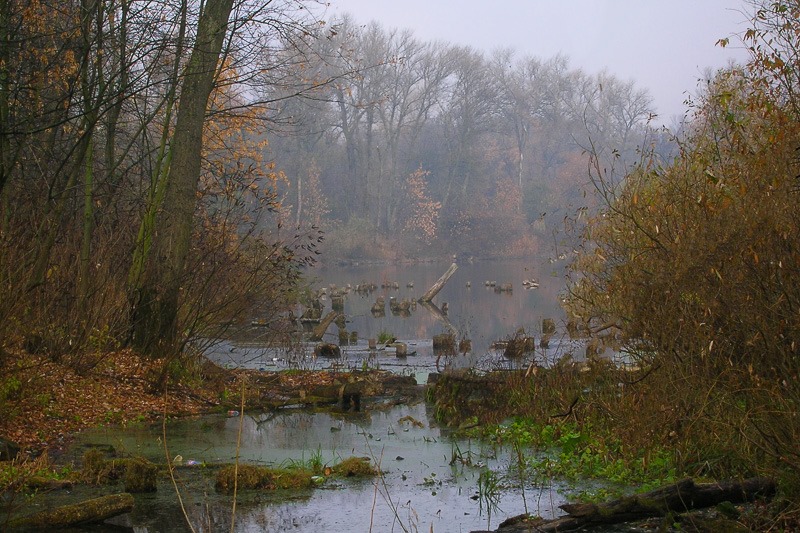 A few minutes later the fog started to lift and I had to scramble to get this picture in time. A few minutes after that, all fog was gone and the sunshine burned away all humidity. I left the place and got a coffee on one of the patios on the island. Horrible coffee for my standards, I don’t like it when I find coffee grounds on the bottom of my cup 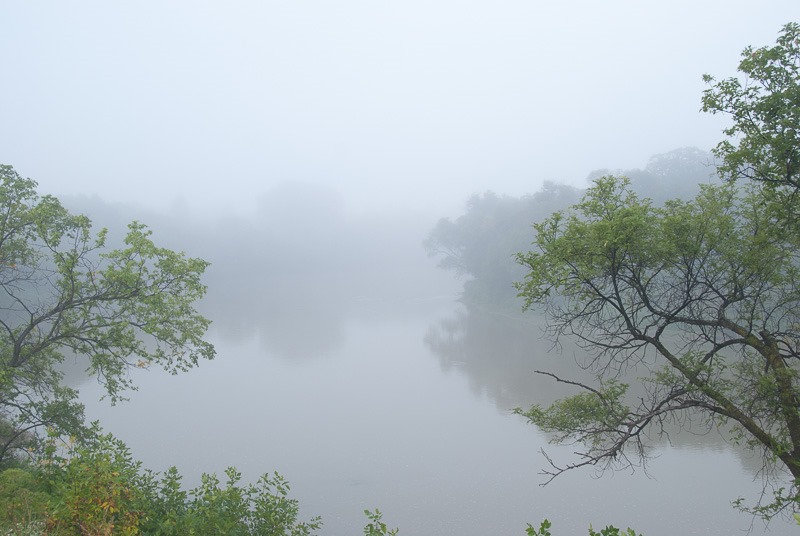 A few years later I arrived in Winnipeg and I was told that fog was pretty rare in the province. Mainly due to the dry climate here in Manitoba. Interesting thought but as I found out it not to be accurate at all. The Assiniboine river, near the place where I lived one morning was so nicely draped in fog that a picture just was impossible to resist. 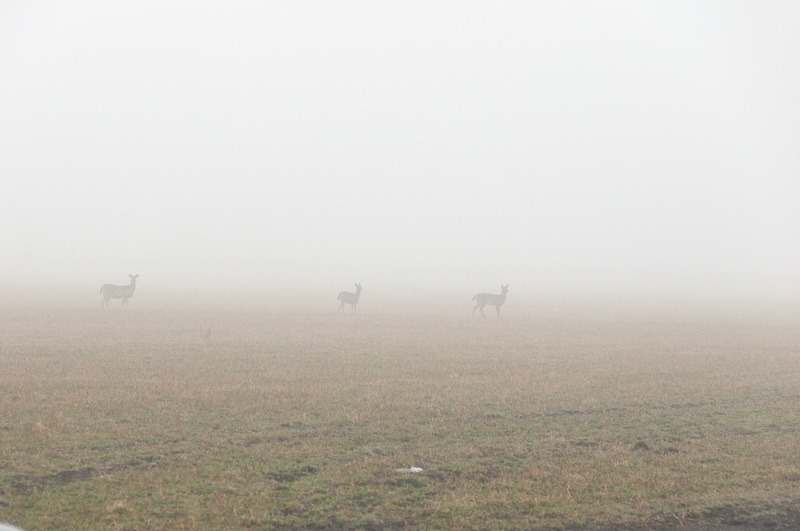 A few days later going to Beaudry Park in the early morning I saw these deer, quietly moving around in the fog. They were not lost at all, they knew where they were going. Even more when I got out of the car with my camera. Two seconds after this shot they were all gone. 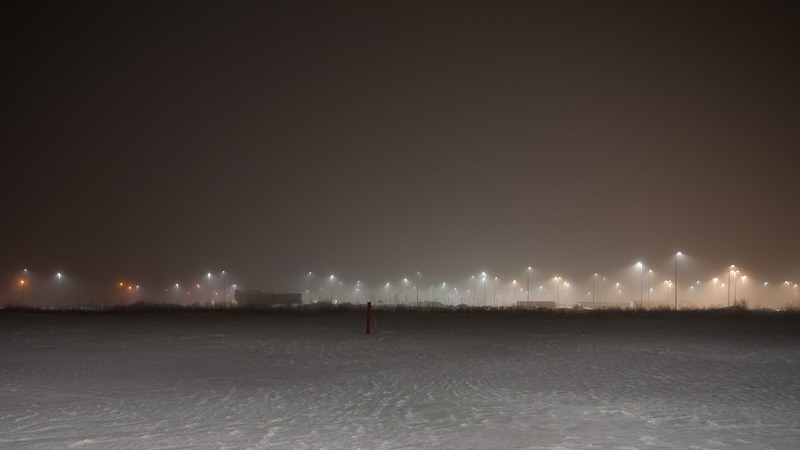 A while after that, I believe it was in spring, the fog was back one evening. They were still building the new Cabela’s store, Ikea was still in plans with nothing on the ground. The lights for the parking lots, however, were already there and made for an interesting picture. 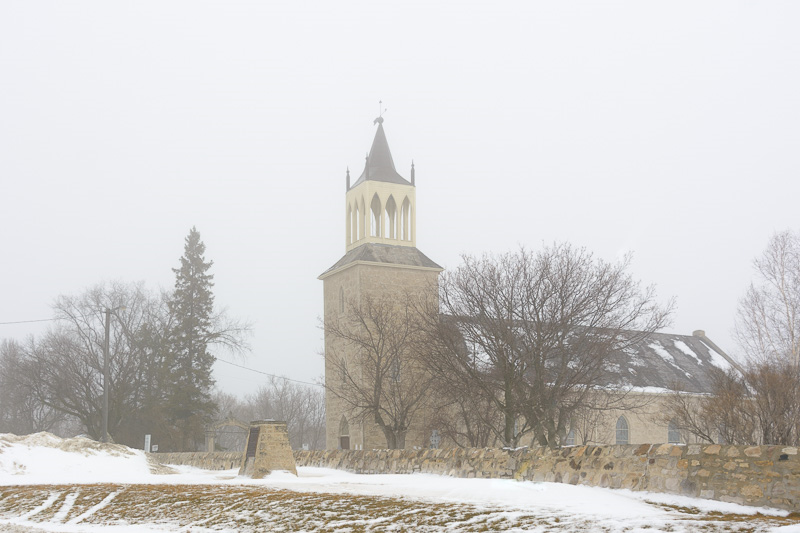 “The Church at the Rapids”, or St Andrews Church

On a small “trip” north of Winnipeg, I came across the “Church at the rapids” as it was called 130 years ago. Today it is called St Andrews Church, in St Andrews, of course. It was quite chilly that morning, one or two degrees above zero, just the type of weather to make you cold and miserable before you get out of bed. 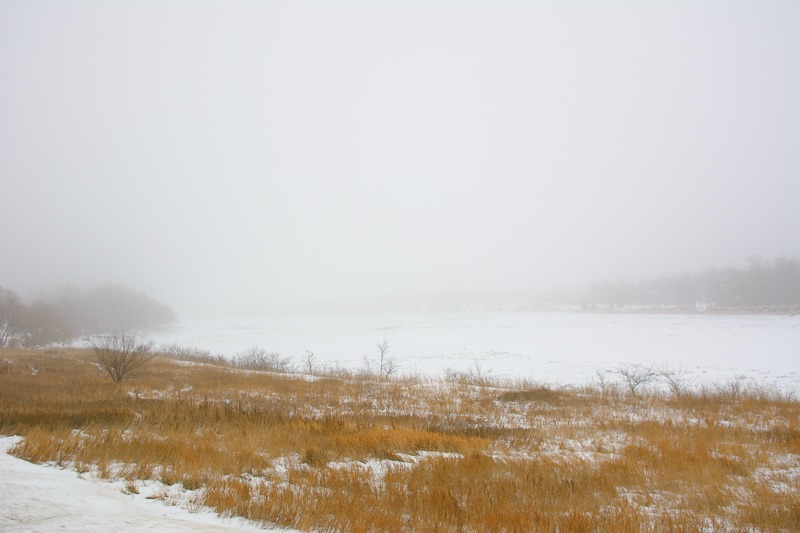 Looking over the Red River near the church was even colder. The last time I was here the weather was warm and the river steaming. All was still green back then. At this point I already started to regret those warm days with cool mornings. At that time I found it was too cold to stay there too long. Times change… 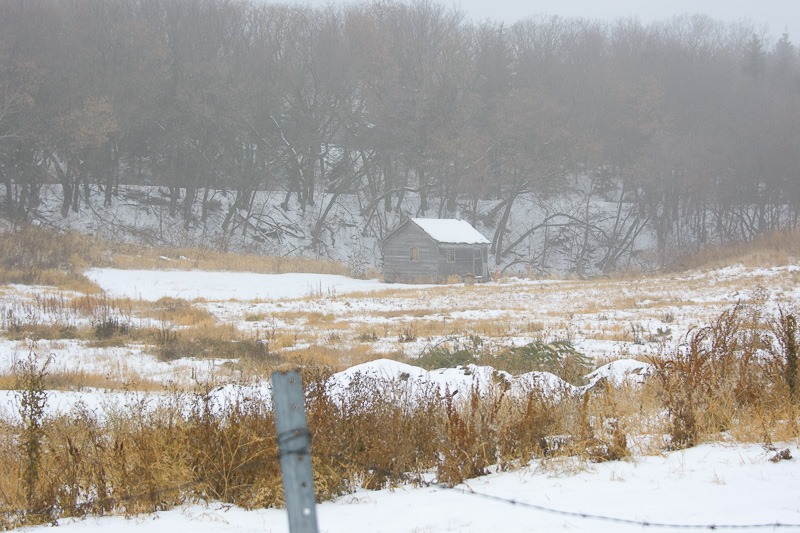 A little farther on that same river road, a small house, it’s not a shack or a barn, sometimes makes for a nice subject. In a bit of fog, it really shows the loneliness of the place and the solitude of the people who were living there. Now it is empty and ready to fall apart. Except for a few photographers, nobody is interested in the premises anymore. 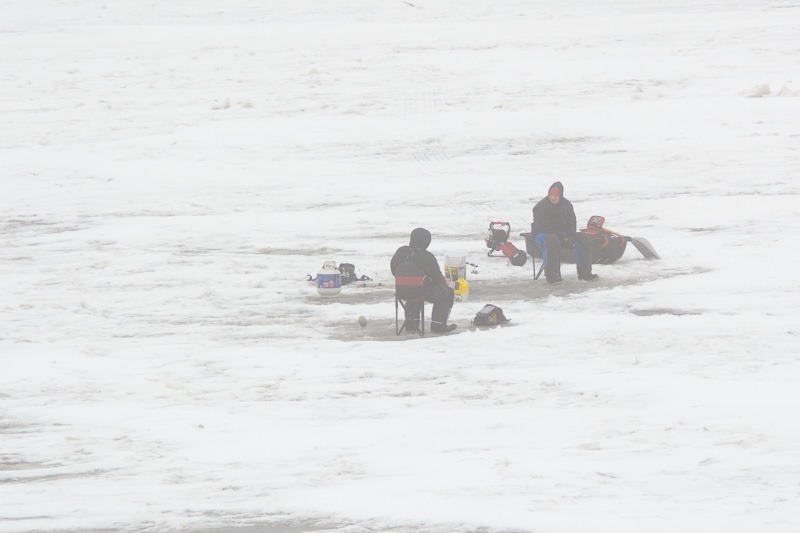 On the Red River, opposite this little house, people are merrily fishing in the clement temperatures. Way too clement for the season, they say. One thing is sure, ice fishing with temperatures above zero must be a real pleasure. Personally…? I prefer shooting pictures from far away and getting back inside my warm car.

The pictures prove that I have seen all this at one point. They are all foggy memories, that’s for sure.

None of them to be ashamed of