Night time is a favourite of mine. Sometimes I get criticism that I take too many pictures during the night. That is perhaps true. At the same time, those pictures are really a different kind of the ones you can take during the day. 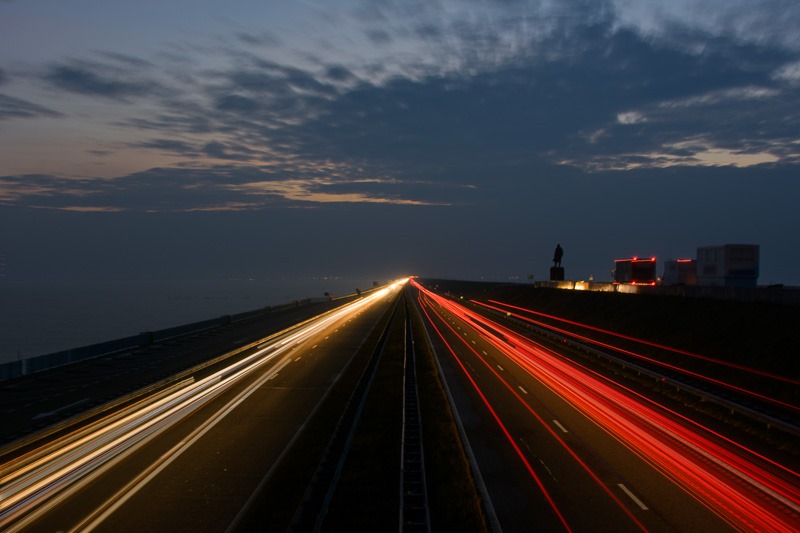 What about Holiday Lights or light trails? You can’t get them during daytime…

The lights season in Holland is in full swing. While I didn’t get the chance to see the light festival in Amsterdam, I did manage to get a few shots of the lighting in my home town. 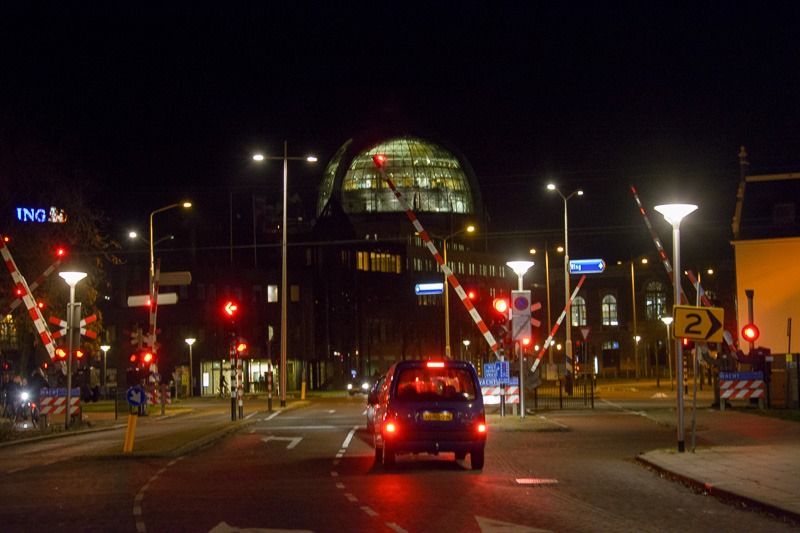 Some of the pictures may look familiar, but all are from the dark side this time. The now famous dome over the city of Leeuwarden is now home to one of the largest banks of the country. The previous bank had been taken over. The railroad crossing is just being freed to traffic after the passage of a small passenger train. 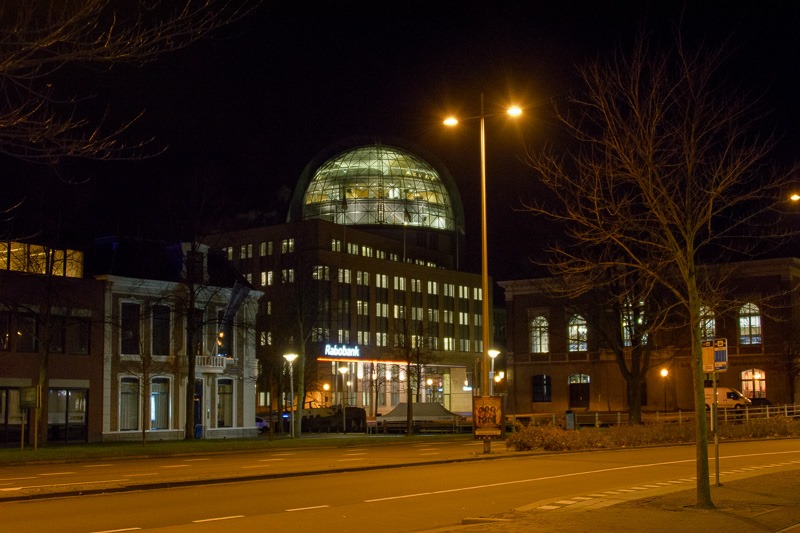 The dome now overlooks a fairly safe place, back in the days this was the scene of many an accident, some of them were fatal. I put lots of tire tracks on that place with my bicycle coming from and going to school. The current layout of the place no longer allows for crossing traffic and accidents are now limited to a minimum. 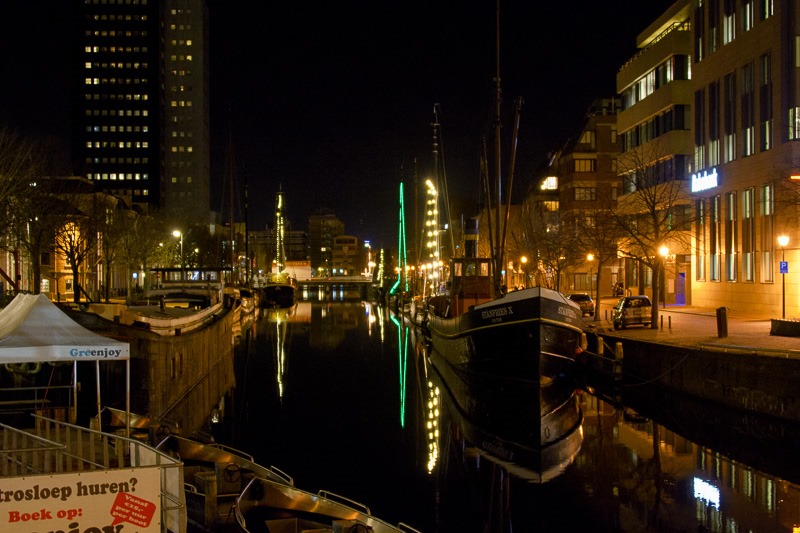 To get into the old city one has to cross the old fortifications. In Holland, fortifications were often in the form of canals and moats. Those canals now serve a different purpose, mainly a parking for ships that are no longer sail-worthy. In the background one of the ships has been converted to a pancake restaurant, it is no longer risking its hull into any other water. 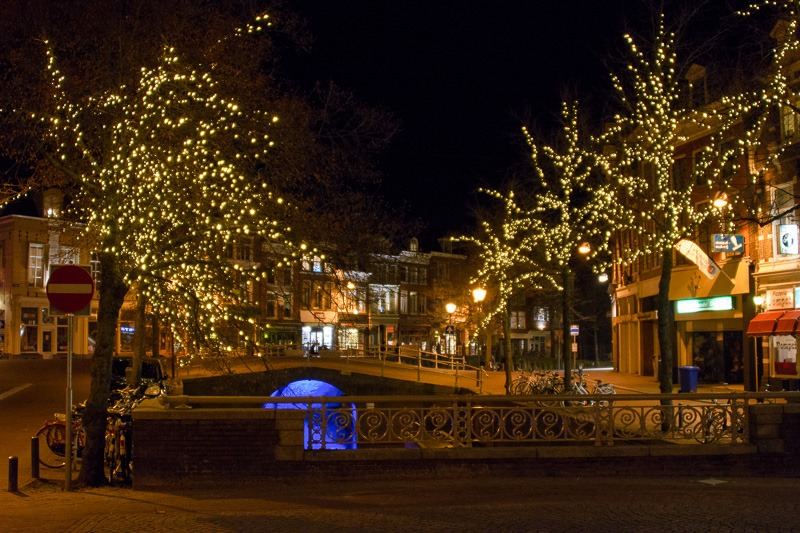 Walking into the oldest part of the city, a mere 900 years old, the character of the canals is different. Narrow and hardly defending the city against anyone, these canals were mostly used for freight ships, coming and going in the city. Butter, milk and beer were traded here with the citizens of Leeuwarden. Nowadays the only “ships” going here are a few canoes during summertime. 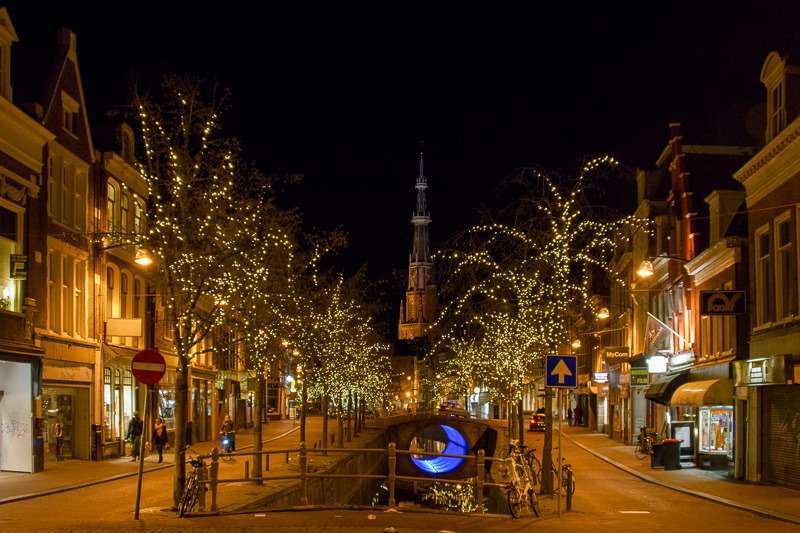 One of the landmarks of the city, recognizable from far away is the huge tower of the St Boniface church. In 1973 this tower was blown away by a violent storm in combination with some long neglected maintenance. For ages, this was the highest tower in the city. 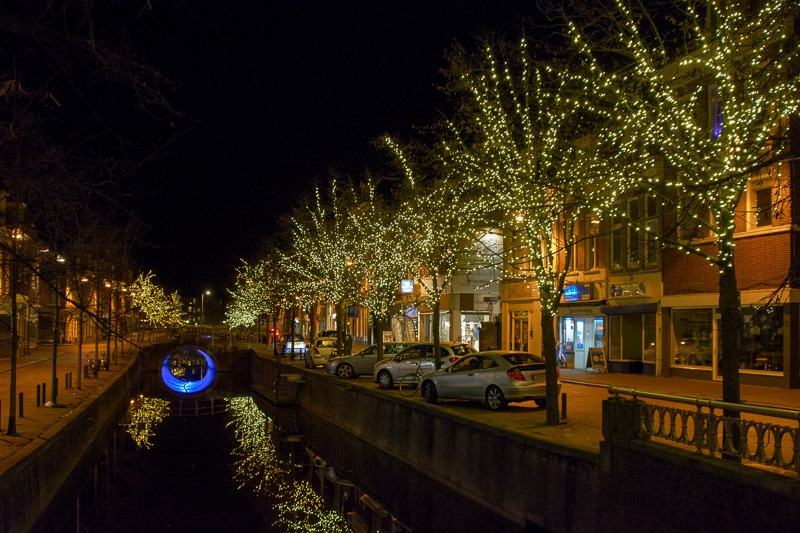 Walking farther north, the canals become slightly wider and are slightly younger. The style remains the same,as does their current usage. A few canoes are allowed to travel through, but no motorized vessels are allowed for fear of damaging the old structures. Even if they have been renovated in the last twenty years. Protection against car drivers going too far and ending up taking a dive are inexistent. The bottom of the canal will almost certainly hide a big number of discarded bicycles 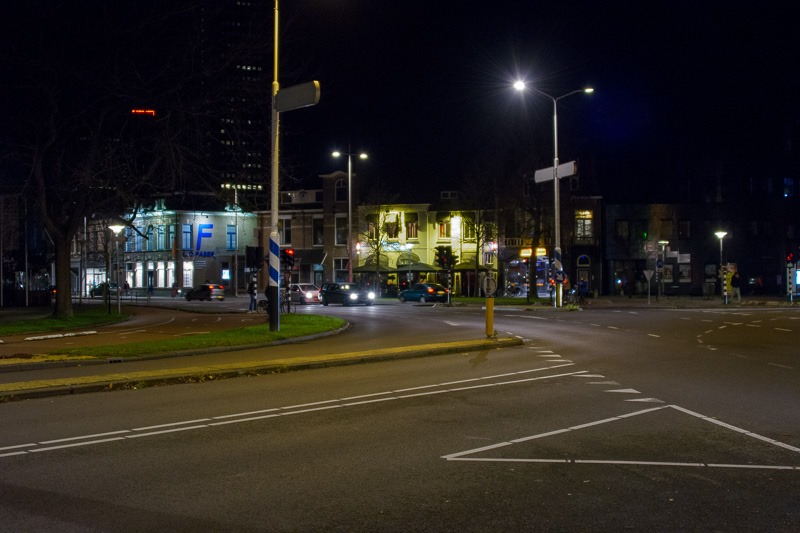 Walking back home over this old time dangerous place, the De Rus cafe is still there, still serving coffee and beer as well as stronger stuff for those who have the legal age for drinking it. Traffic by now is reduced to a minimum, mainly thanks to the new regulations and traffic “calmers” in the city. By car you can get anywhere in the city, except where you need to go. In some cases you have to enter the city from the opposite side to get one street closer to your goal. I guess we need to call that “progress”?

Until next time… probably with more light in the pictures