The Spirit Sands near Carberry, Manitoba is a very unique piece of nature in the province. It is considered a “desert” but is not as dry as a “real” desert. However, the vegetation and animals living there are typical for a desert. 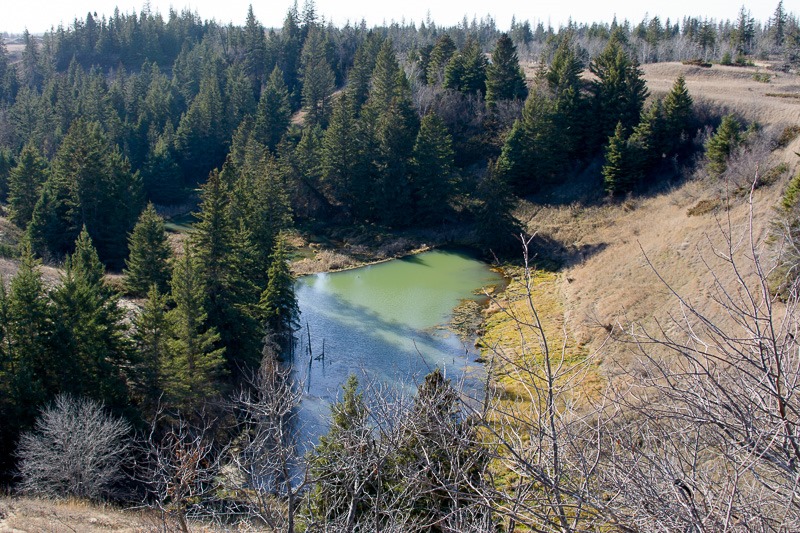 When I went back to the Spirit Sands a few weeks ago, I had purposely waited a long time before going there. A first time I ended up without water

The second time I was better prepared, and this time, well… I waited until it was a little less hot all around. The beginning of November is not supposed to be hot. It did not disappoint. The weather was pretty fresh, although no jacket was really necessary.

It was windy, the sand being a constant threat to my camera’s health. No changing lenses there. 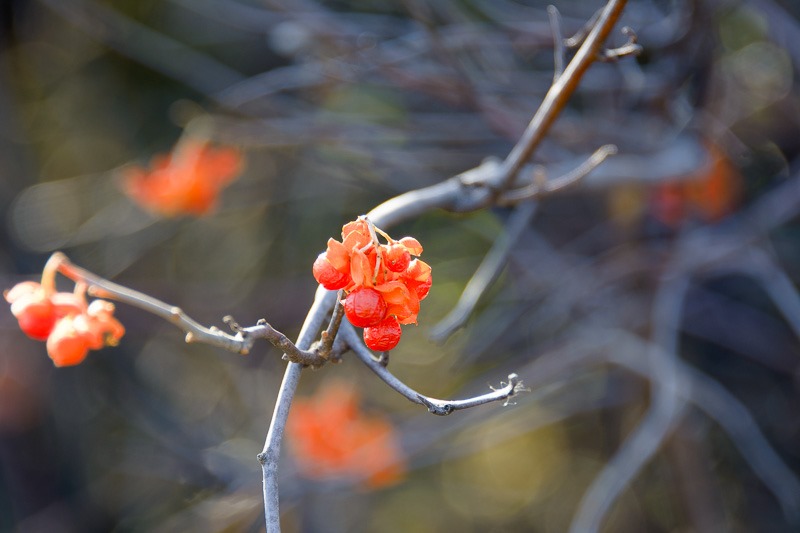 As was to be expected, much of the vegetation was already in “winter mode”. Leaves were gone, but berries still lingered. Some of these berries will be eaten only coming spring as one of the fine dining experiences of the beginning of the year. 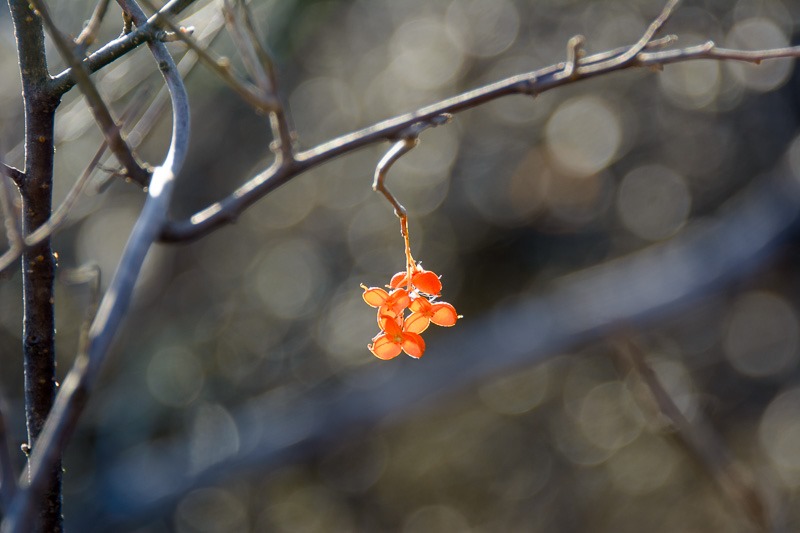 Other berries seemed to have been plundered already by deer or other animals. Against the sunlight, however, they still made for a nice picture. I just love those remnants of summer against a weak sun. 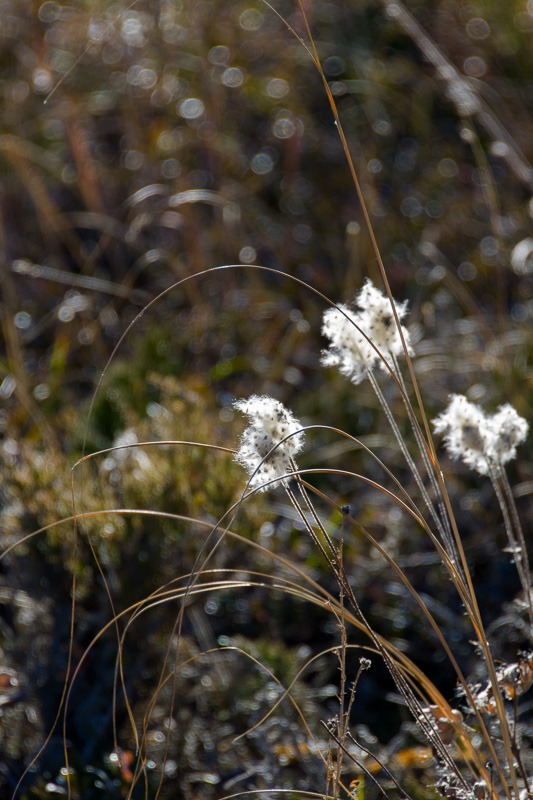 Other vegetation was in its fluffy state. By themselves nothing much to look at, but against the light these fluff balls showed some more character. 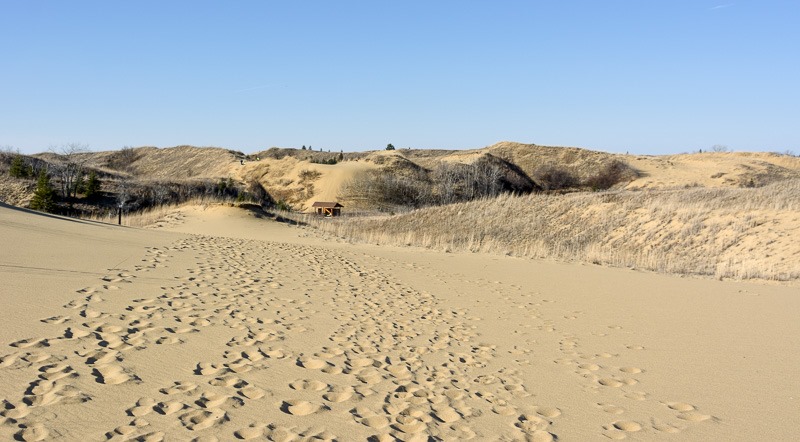 Dry wherever you look

Then we arrived at the desert itself. More like dunes, but still, we call it a desert anyway. As you can see, the grass here seems to take hold. While that is usually a good thing, here it is not. It will remove the desert-y character of the environment and will make it look like an unfriendly prairie in a few decades. 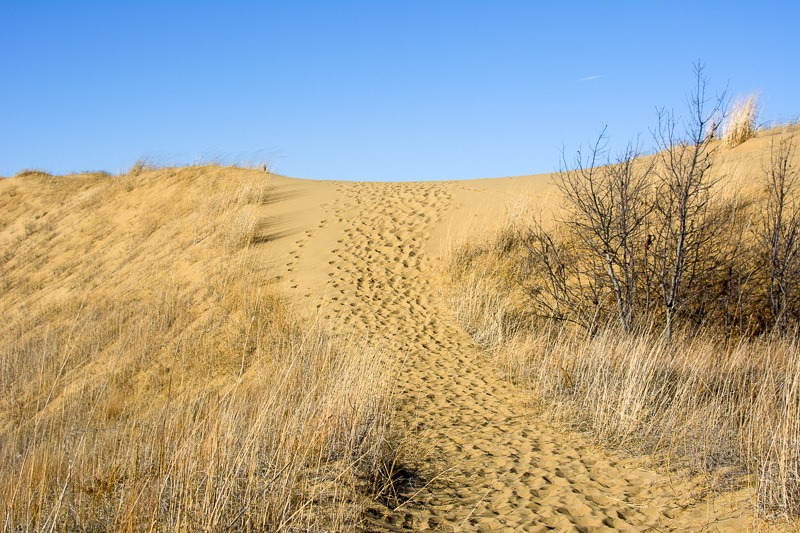 Dunes, but no beach or sea over the top 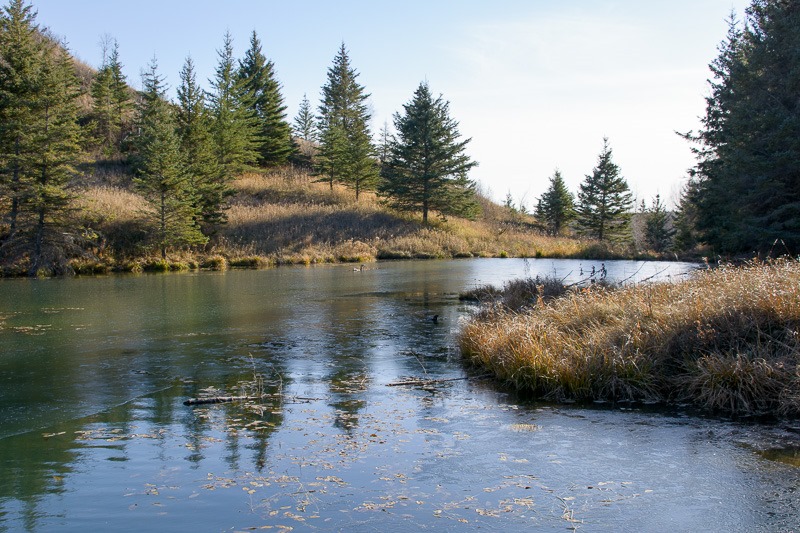 The Devil’s Punch Bowl, or Hell has frozen over

Arrived at the Devil’s Punch Bowl, we noticed that the water was already frozen. Not enough to unpack the skates, but frozen nonetheless. The water was pretty cold (obviously) but some in our little group still tried to find out by putting a foot in there. Too much for me, I can tell you that! 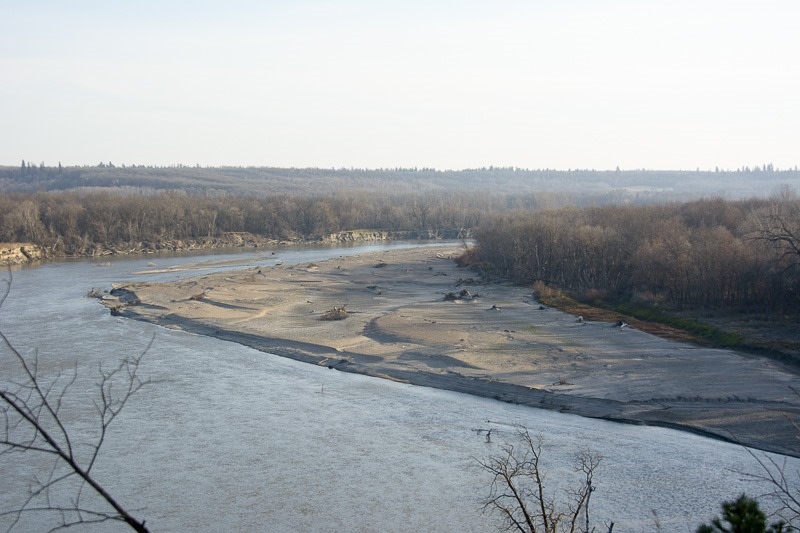 Assiniboine River, after the flood

On the way back, a glimpse of the now shrunken Assiniboine river shows a bit of the devastation that has gone on since this last spring. Lots of sandy bottom on this part of the river. Many other places still bear the traces of the devastation of a flood that has continued for months.

So when you expect sand in the desert, this one may throw you a curveball and serve you water instead. All in all still a good place to visit, and make sure you have enough drinking water with you. Even if the temperatures are just above freezing, the dryness of the environment still makes you pretty thirsty.