A term that computer users all over the world will remember with a certain fondness. It was THE screensaver from the ‘90s. Oh, those flying toasters… Well, flying objects can be had everywhere after dark. You just have to go out and find them. 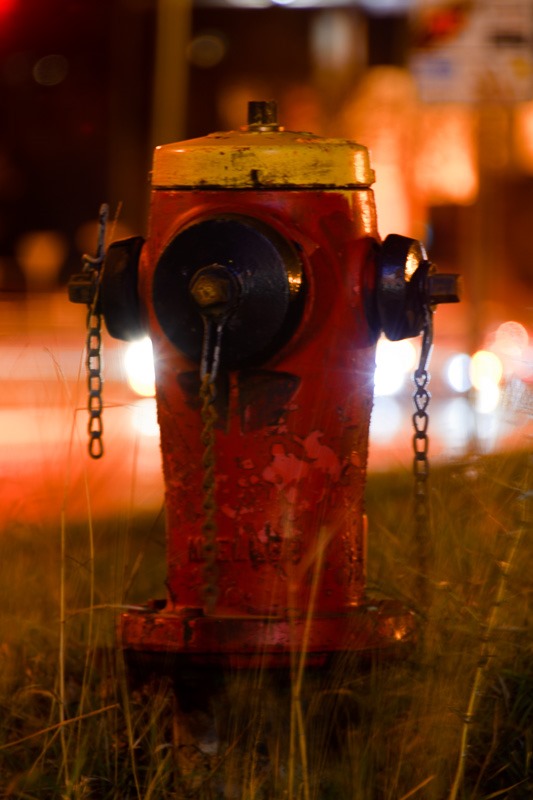 I didn’t find any flying toasters or toast when I went out the other night. What I found was way better.

Going out together with other, like-minded people on a night shoot is way better than going out alone. Even the more seedy parts of town can then be visited without the shadow of apprehension. If you do go out alone, and do so with the idea that you may get mugged or get your gear stolen is not right. However, with multiple photographers that risk is even smaller and the enjoyment of the night will be far greater. 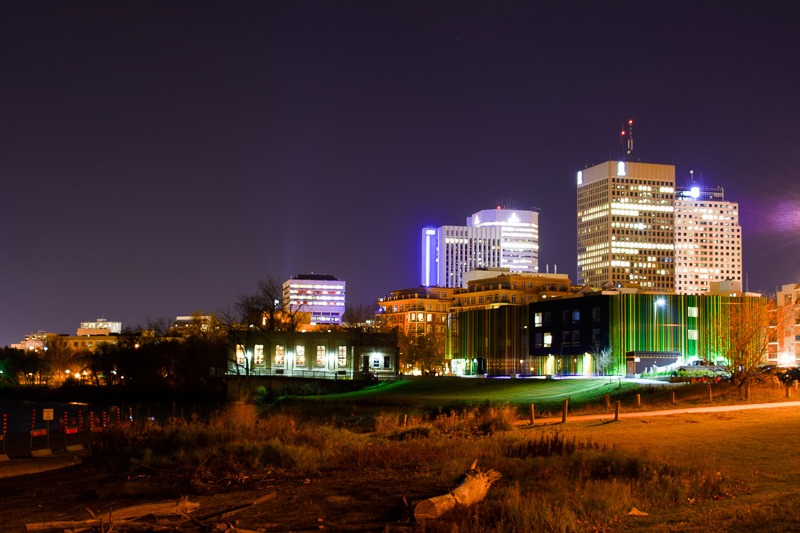 Who in his right (or tortured) mind would want to go after a group of people armed with tripods and heavy glass anyway? Enough of that type of thinking! It’s way more pleasurable to go out with others to shoot. Period. 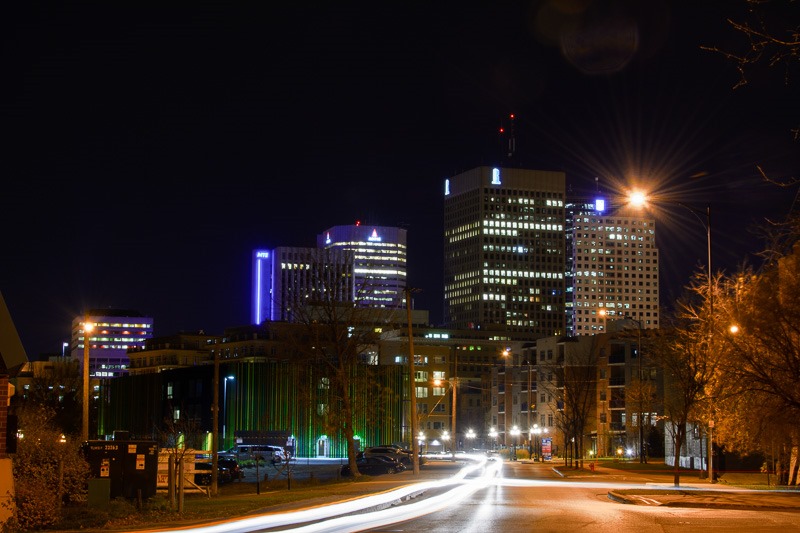 Night shooting, wherever you go involves a tripod. The advantage of that is that you do not have to battle with high ISO values and the resulting noise reduction in post processing. A nice and low ISO of 100 is great for all kinds of pictures, even if it’s nearly dark. Take the tripod and go out. Don’t take your dog, take a fellow photographer. It’s more interesting company. 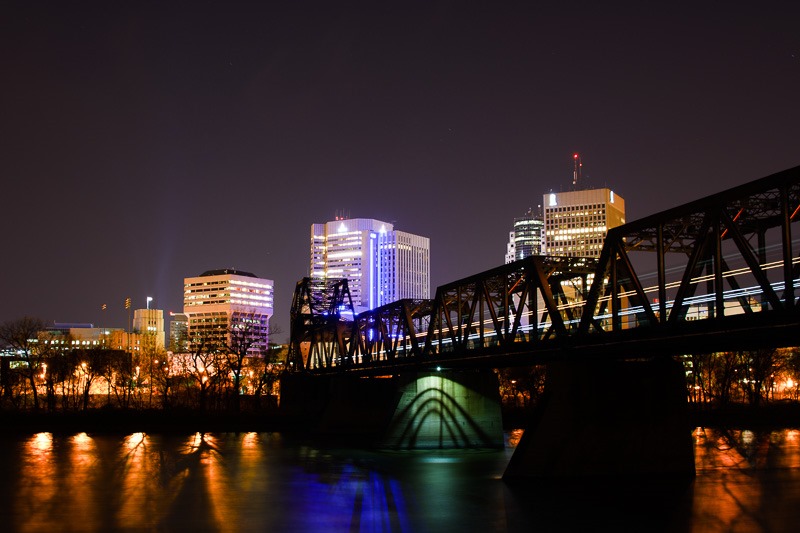 When it’s dark, interesting structures reveal themselves, like this train bridge downtown. Now if only the city decided to light up that bridge a bit, even with small LED lights, that would make for a great photographable landmark in the city. What better than to show a train blazing past in the dark on the backdrop of Winnipeg’s business heart? 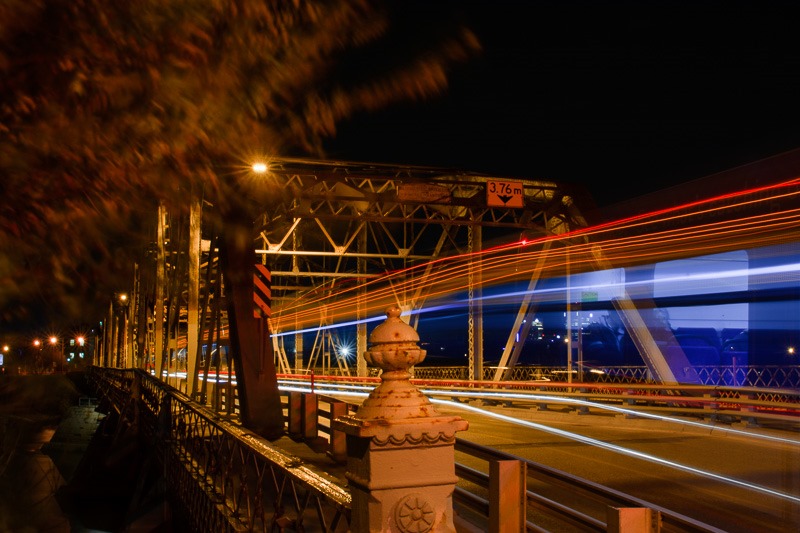 Other structures allow for showing off speed. A city bus, stopping just long enough to create a ghostly reflection of its windows in this shot adds to the mystery of the City Dark. And don’t worry about the people under the bridge making noises. Noises don’t show up in pictures 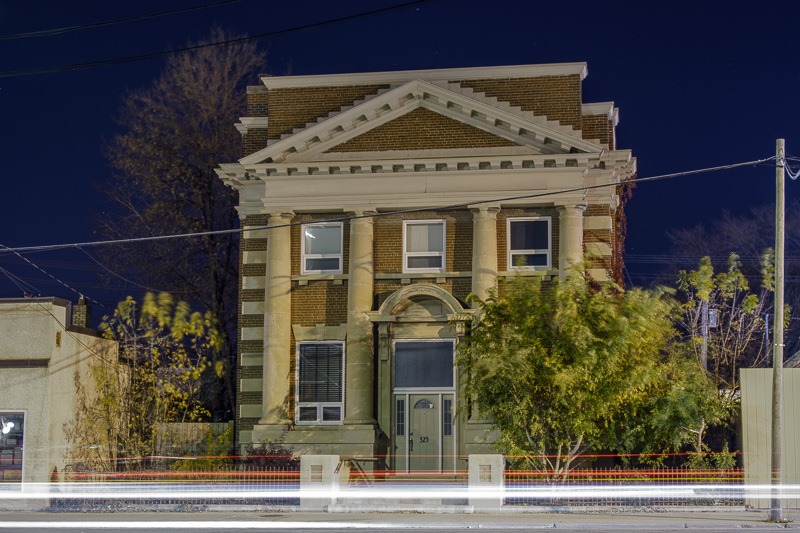 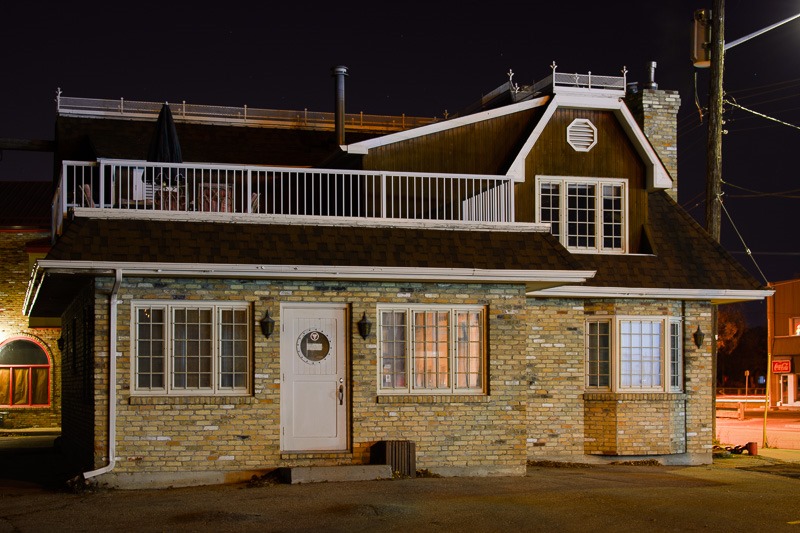 Facing the old bank building are a two buildings looking historical. They were built after the fire that burnt down the complete block in 1918. The bank and the LaSalle Hotel a little down the road were the only surviving buildings from that fire. The only other building was torn down afterwards for safety reasons. 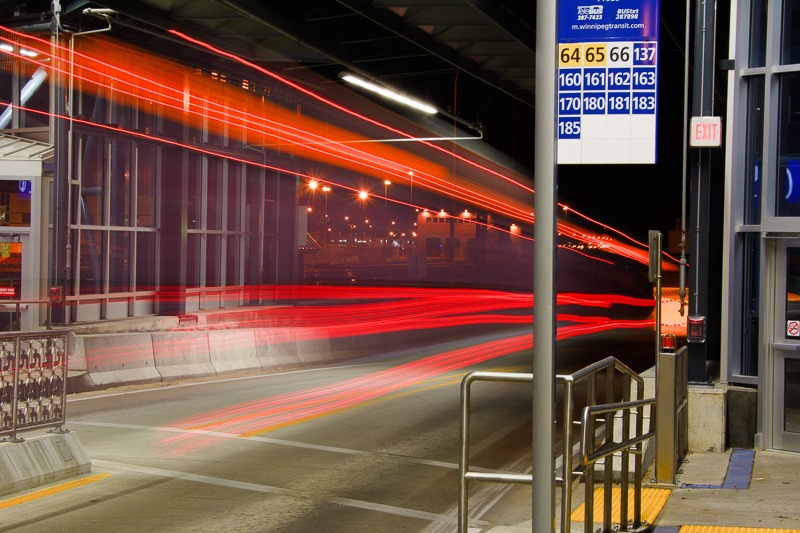 After a small drive down south, the new Rapid Transit Station/Overpass on Osborne street looked quite alluring. At least at first. But I had a hard time catching that bus. All that was left were trails of its lights

. A small complication that ruined a few of my shots was that this is an overpass, in other words a bridge. And bridges tend to move when heavy vehicles move over them. 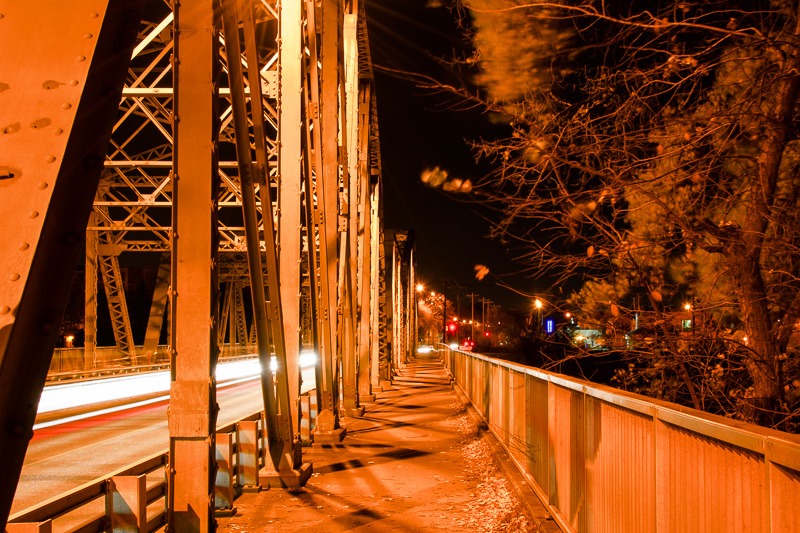 A few more miles on the odometer and another bridge lured us into taking its picture at night. The Harry Lazarenko bridge over the Red River. The sodium-laden colour here has not been retouched. This time I think it is part of the charm of the picture.

Winnipeg After Dark has lots to offer. Provided you take a tripod, a fellow photographer and a car with you. Finally this is way better than flying toasters