It’s that time of the year again. Time to take in as much greenery as we can before the white stuff blots everything out. For many it comes as no surprise that summer is gone. After all, it is end October by now. 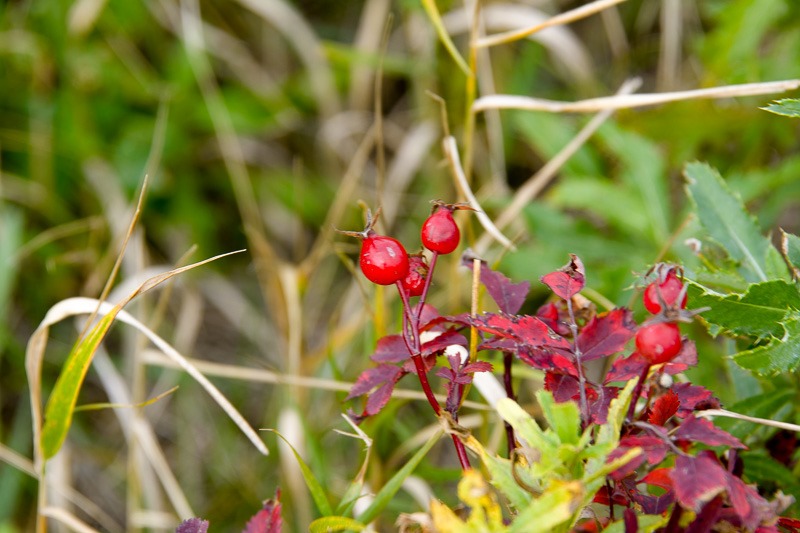 Soon the green stuff will make place for mostly brown hues. Many people will already call that “dead stuff”. While there is a lot of beauty to be found in there, for now we cling to the last blades of green that Mother Nature has to offer.

Or perhaps she doesn’t really offer us that green, she merely abandoned it for us to enjoy. Either way, we need to take it in before Old Man W. comes along and starts coating everything in his favourite colour. 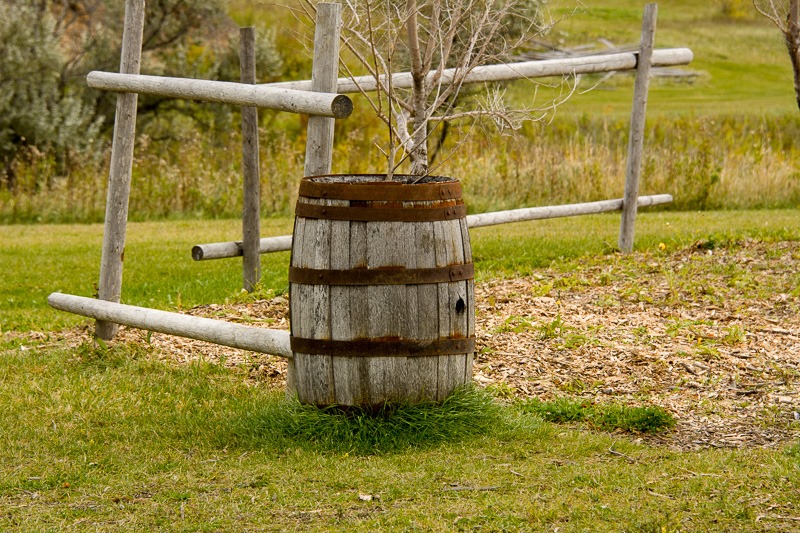 Kilcona Park, lately in the news for its dog-unhealthy water has some of the green stuff left. Even some old fashioned items are there for enhancement of the beauty of the place. Like I said in a previous post, Kilcona Park doesn’t look like much when you pass by it at 110km/hr on Lagimodière Boulevard. It looks like a single hill, with nothing on it. 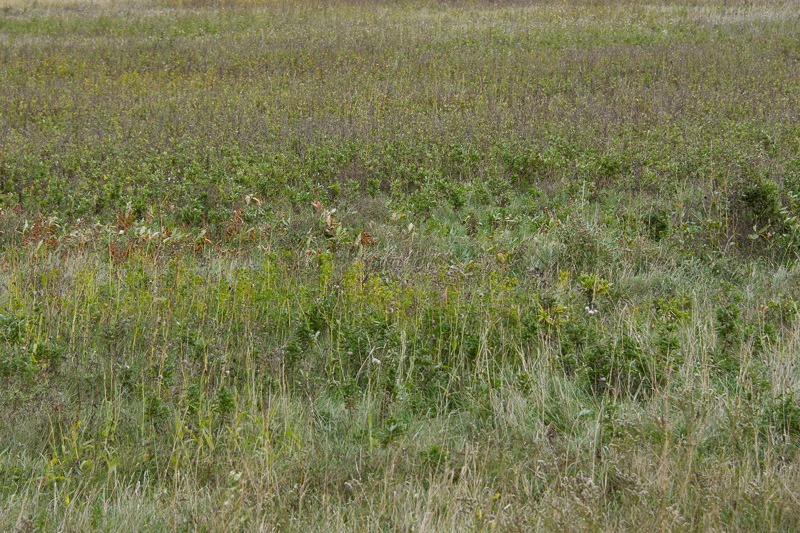 Green as far as the eyes can see

True, there is no shadow to be had in this park. At least not in the “wild” part of it. Dog owners are very happy to run free in there, unlike anywhere else in the city. Their four-legged companions are responsible for their running, panting and shouting. 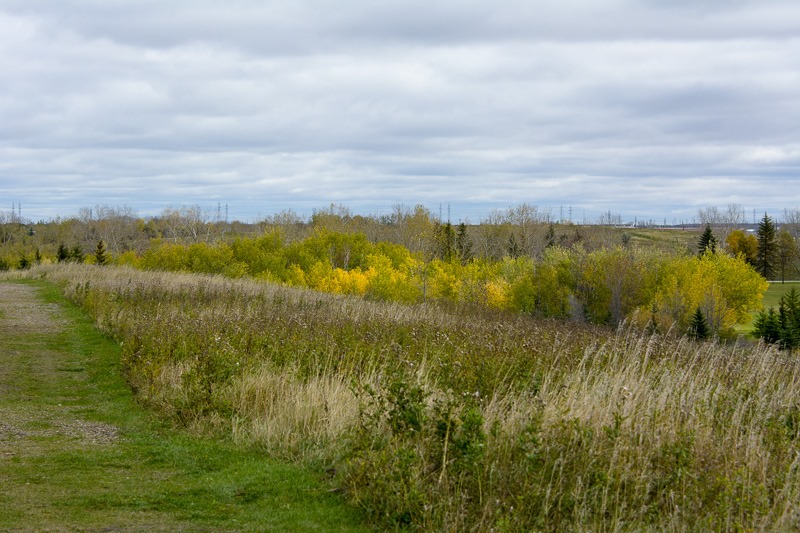 What was a few weeks before a sea of wildflowers is now a green-brown blanket of dense vegetation. Vegetation that is really appreciated by the dogs. The smaller the better, since they can disappear from view and finally do what they want out of earshot of their owners. Owners they probably consider part of their family and they expect them to come with them in this dense blanket of green. 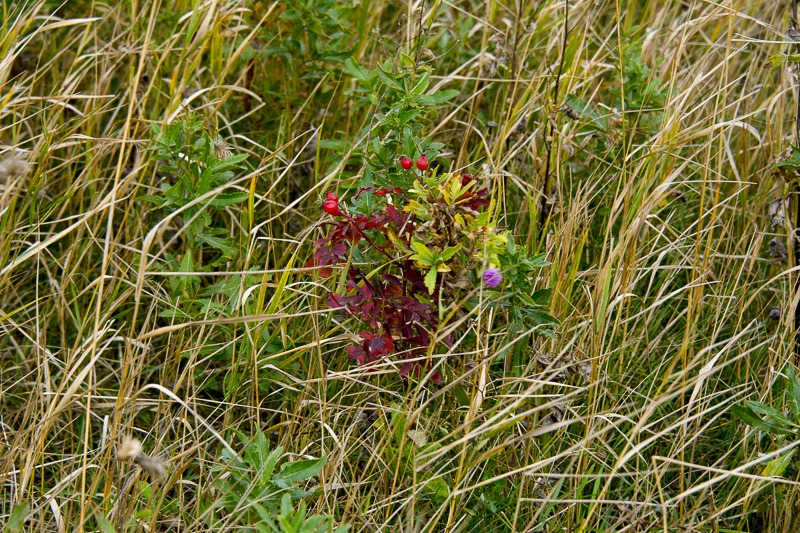 Most of the flowers are gone, some berries have replaced them with vibrant colours. Green remains, until coated with a thick blanket of white stuff of which I refuse to mention the name for now. It is still engraved in my memory from the last time, time that went on until early May. 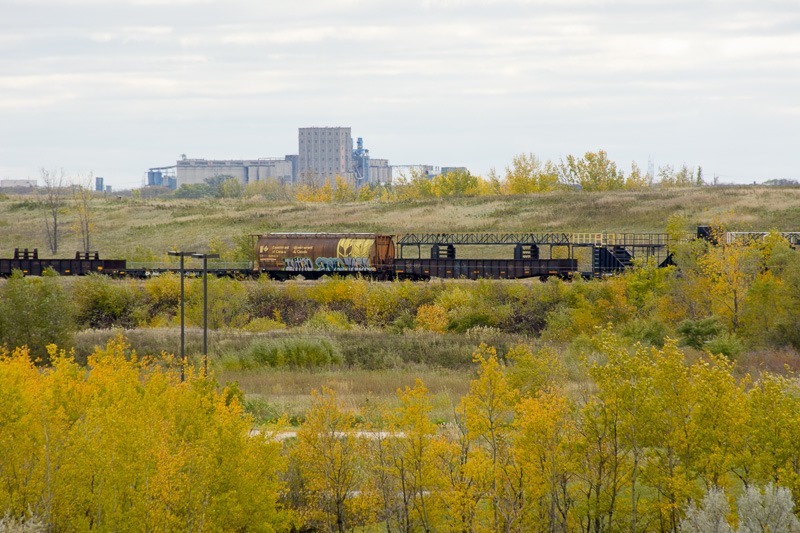 When you approach the limits of the park, you can see human activity. This is off-limits for the dogs, though. As well as off-limits for humans without a valid reason to be there. It’s an interesting view, from far away. 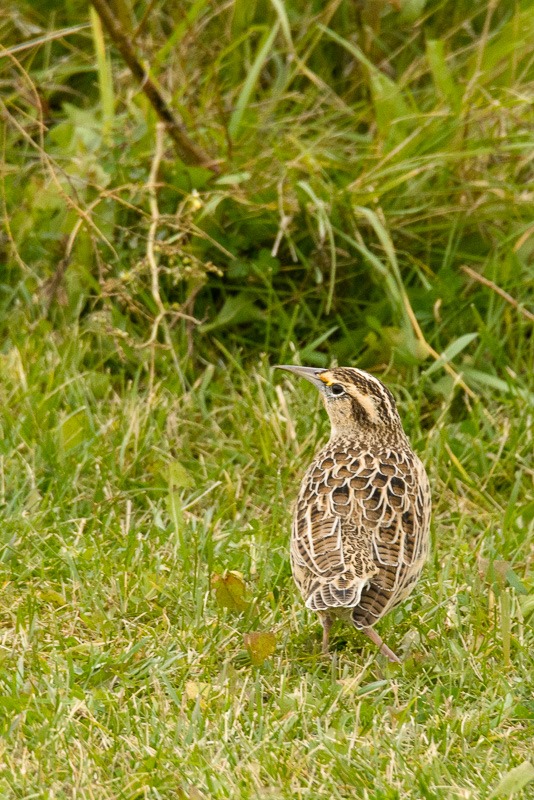 Close by, if you are observing enough, sometimes you can catch a bird, in this case a Western Meadowlark. It didn’t want to show me its vibrant yellow breast, the only yellow colour I got was above the beak. Boy, I wouldn’t want to be a insect in view of that beak…

From a few vantage points you can get a beautiful view of a “forest”, allowing for the creation of some panoramic shots.

All in all, still a lot of green to digest, but let’s face it: soon this will be a memory and this rather green blog post will become a treasured memory