Trying to be artistic with every shot you take is a tiring endeavour. Since you are always your own worst critic, it becomes tiring to the point of giving up photography altogether . So from time to time you have to let go of that artistic push and decide to go with the flow. 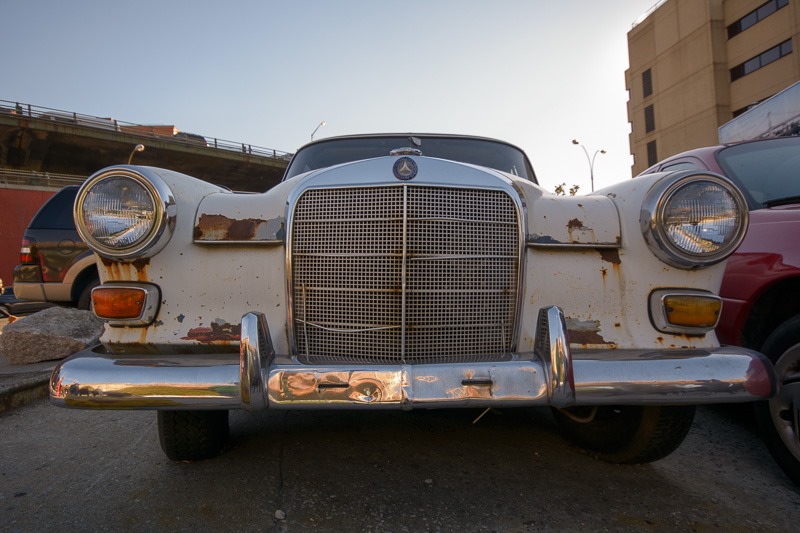 Being in a big moving crowd always helps to go with that flow. Going against it is at your own risk

. While I was in New York, I tried to accommodate the artistic streak; often enough, all what came out was a snapshot.

So if all you get in a certain period looks like snapshots with no artistic merit whatsoever then I guess you can call it “travel memories” or “impressions”. I call them snapshots. And they stay in my collection unless seriously blurred, out of focus or without the intended subject. 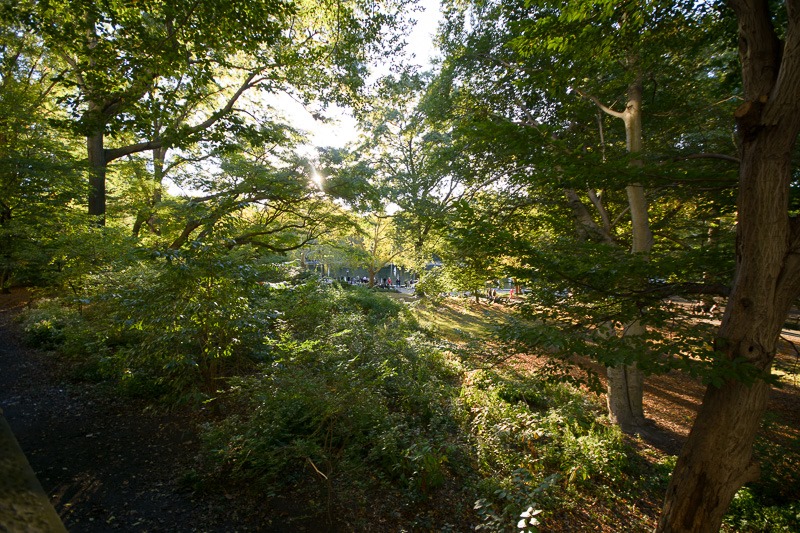 Taking snapshots does not mean that you are not doing what years of “artistic” photography has taught you. You know what to do in specific cases. And you do that right. There is no reason for snapshots to be blurred because you forgot that you cannot handhold a camera with a 1/2s shutter speed, right? 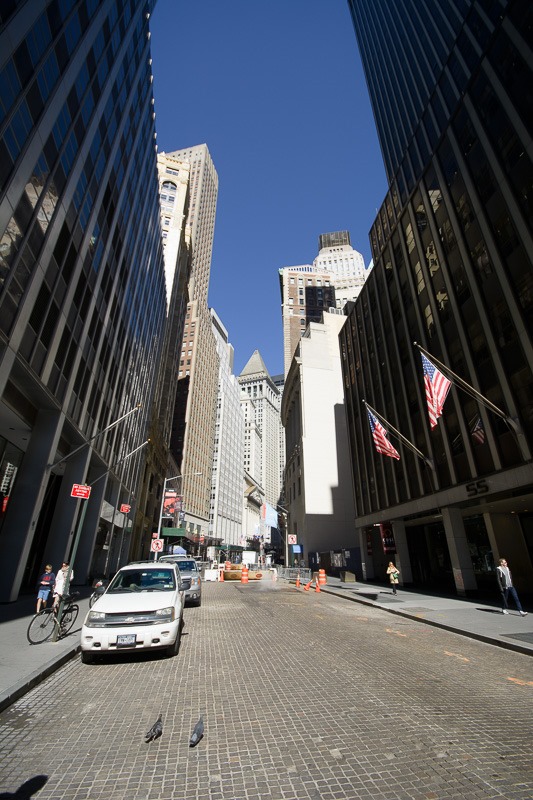 I guess that what people call artistic shots are perfectly composed and often staged shots. They will need post processing to make things even better and in the end the result does not even look like the original scene 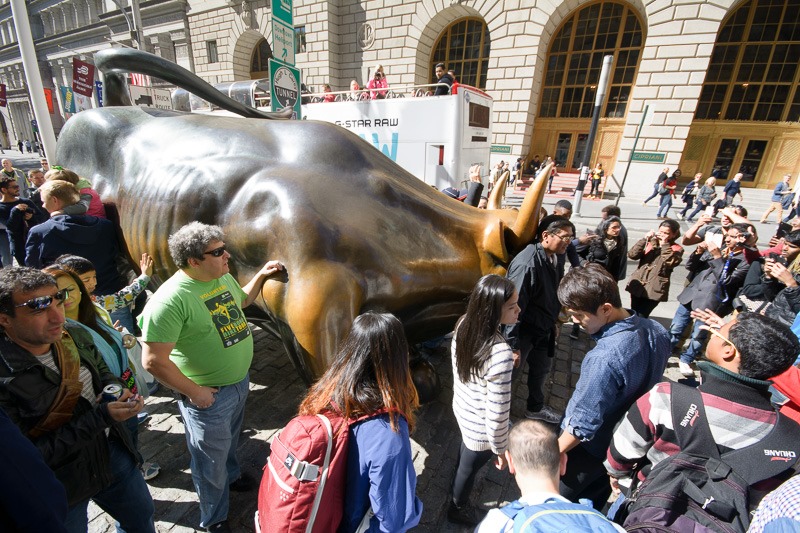 The Bull on Wall Street

. I had never seen the Charging Bull on Wall Street except for in the movies. There, they always show the sculpture all by itself, nobody around, a glorious sculpture. So I wanted a shot similar to that. I guess that needed a bit more preparation and timing though. It was hard to get a shot of the bull without anybody touching any of the bull’s parts, be they front or rear-oriented. The police was there, but not to ensure a perfect shot for me. Oh well, next time I’ll go there at 3am and make a long exposure with a tripod. 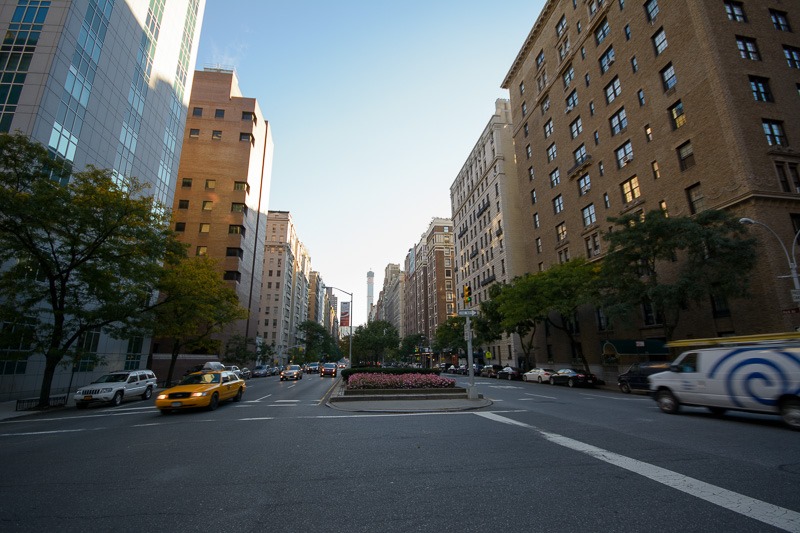 Empty streets seem hardly imaginable in New York, but there are some. Even streets that have little traffic and no barricades to close them off. Park Avenue is hardly a street without traffic, but it looked calm when I took this picture. 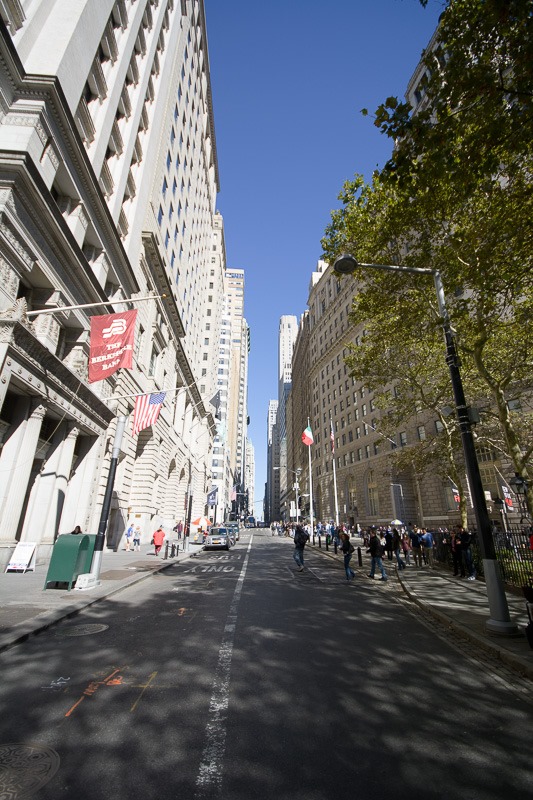 Wall Street, however, was closed off to most traffic and offered a great way to picture the world’s financial heart. The Charging Bull is located where all those people are 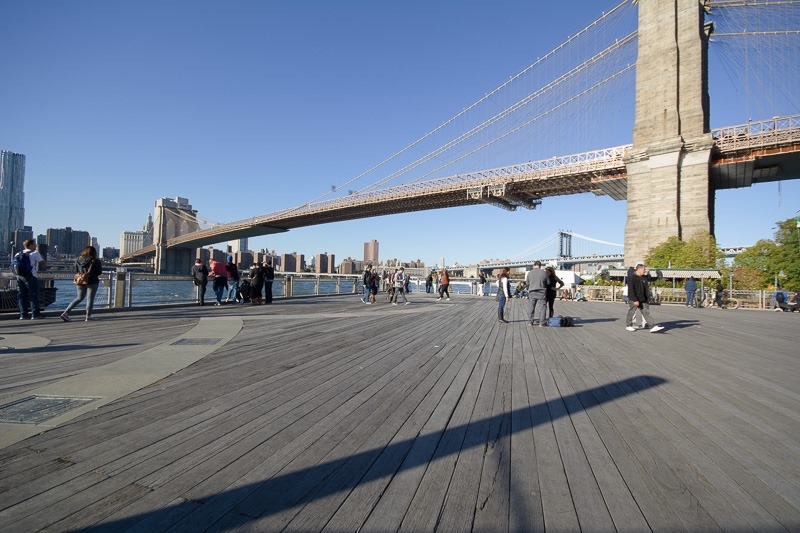 When you’re walking in and around Manhattan, there is no way you can avoid bridges. The above shot was taken from a historical place, a place where George Washington and his men were walking around (and fleeing from) when they started the war of Independence against the English, a mere 240 years ago. It would have been nice to get a picture of George himself, but timing was not my greatest point here. Instead I got the then inexistent Brooklyn Bridge and a pier full of commemorative plaques. 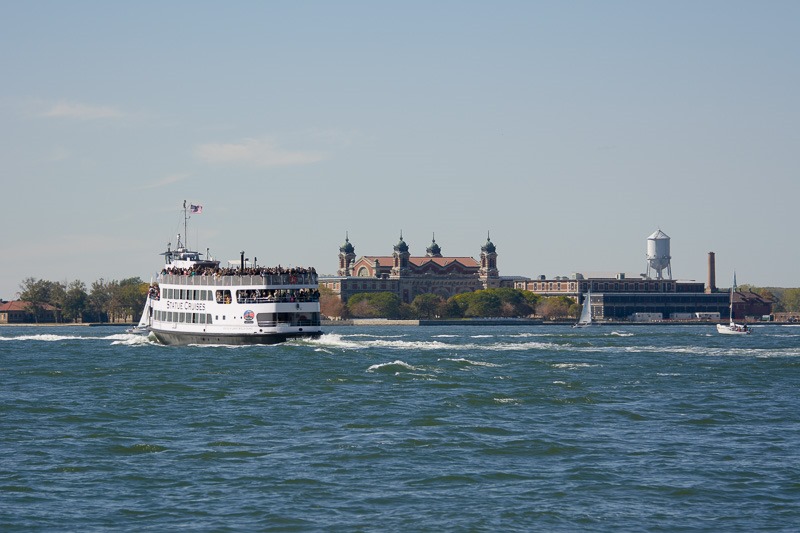 The entry point for most immigrants for decades was Ellis Island. Interesting to see that from the shore, there is no indication that Ellis Island is what you see so clearly. Just as clearly as the Statue of Liberty. A place where I might be going another time. With a lot more preparation. This time, the waiting line was about 4 hours long, the online tickets only provided access to the pedestal, while I wanted to go to the crown, of course. 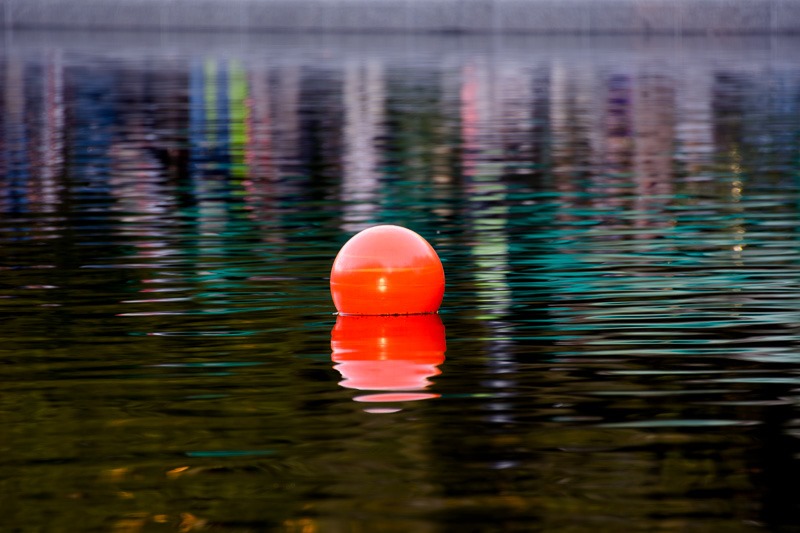 Do I call these pictures snapshots? You betcha! None of these were hastily composed or shot, also none of them were planned or staged. The orange ball in a pond in Central Park showed a nice play of light and lines for about a minute. No way that could have been planned. So snapshots they are. That is what makes it photography. And what’s even more important, now they are great memories of a great time. Nothing wrong with these memories being called snapshots