Away for the weekend

How many times do we not think this? I wish I could get away for the weekend, just to unwind, relax. No more computer, no internet, hell, no connection to anything. Does that sound familiar? Sure it does! Just as much as the nearly just as many times that we find the weekend is gone even before it started. 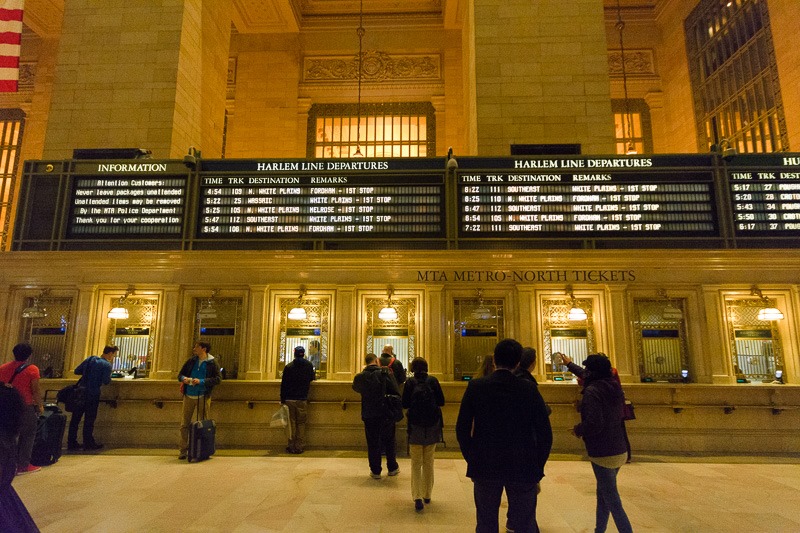 We make plans, then make better plans, then find out that other plans were made without our knowledge and those plans prevail, usually. I’m not going to blame anyone here, though. We can all relate to this, right?

So this time I went differently about it. I planned a working weekend. Bought a ticket to New York and back in the beginning of last month. Only to find out three days before my flight that the work part of the weekend had been cancelled. The ticket was non-refundable but cancellable. In other words I could cancel the ticket but I wouldn’t get my money back if I did. 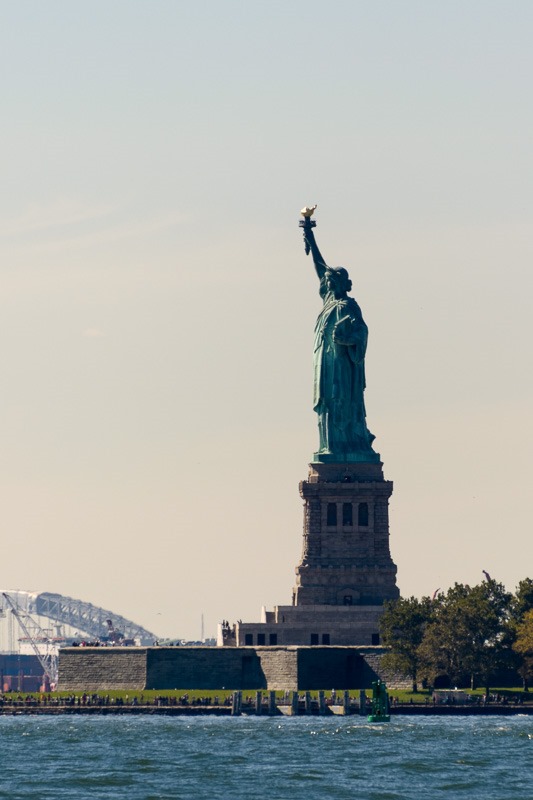 Interesting way of doing business. So I decided to use the ticket and play the tourist in the city. As planned, I arrived on a Friday, beginning of the afternoon. The weather? So-so… Things to see? Lots, but where to start? 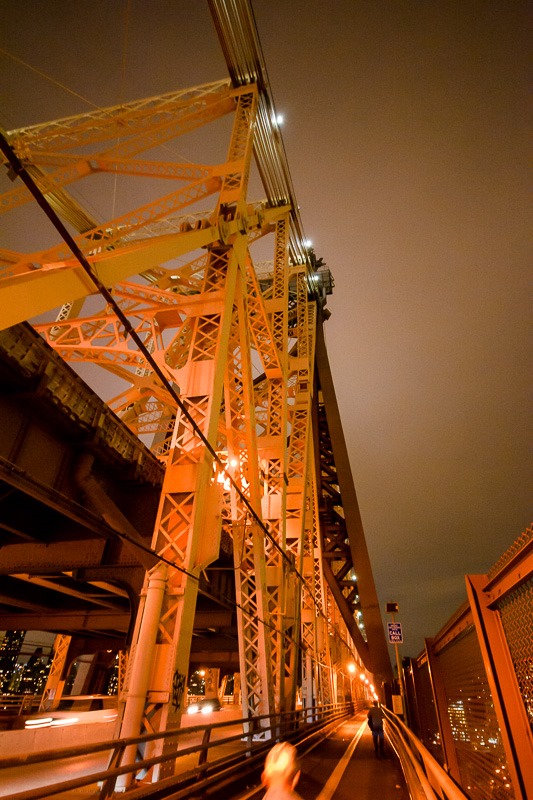 I started with a walk through the neighbourhood by night. I love cities by night, never get the chance to roam the streets as much as I want. I usually want the pictures but also my sleep. Sleep usually wins. 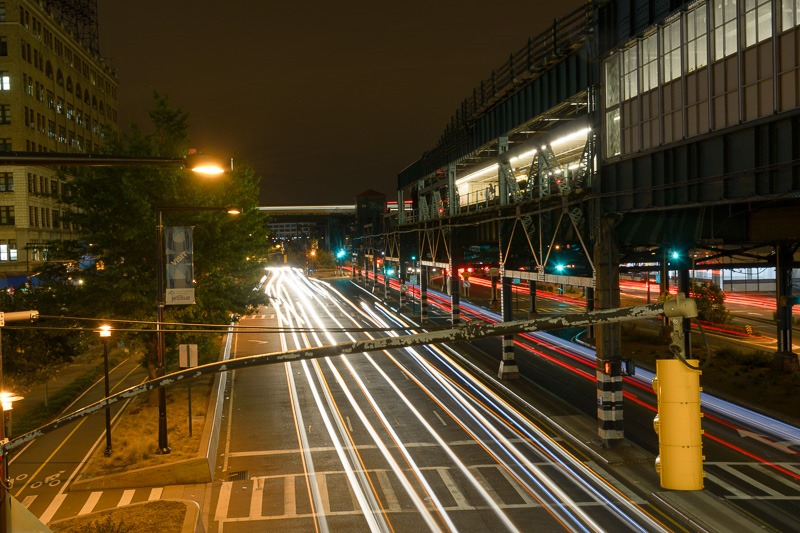 This bridge was simply trembling from all the traffic going over it. Between the bicycles that pushed me nearly over the side and the heavy trucks that seem to want the bridge to collapse, the whole situation was not stable enough to shoot. But a stone pylon came to the rescue. 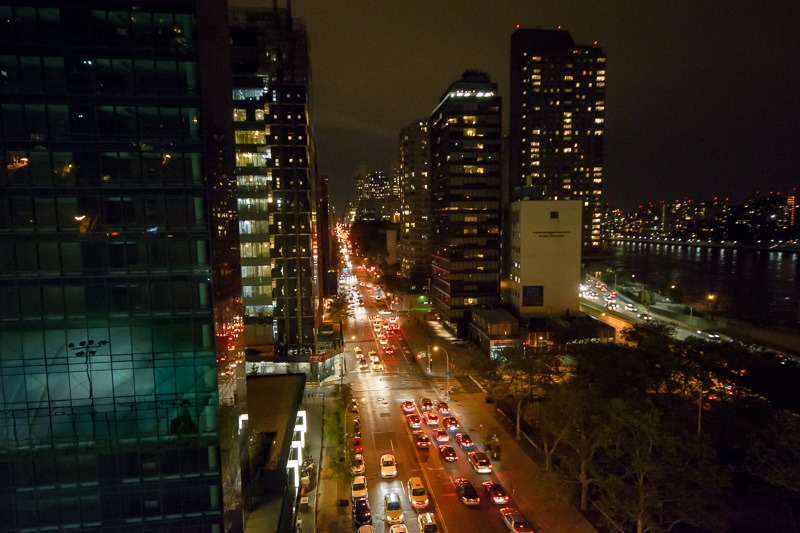 While in Winnipeg we don’t have the best places to shoot light trails from traffic because of the lack of… traffic during the night, New York lacks nothing in the traffic department. Lots of it. Everywhere. So light trails galore when you can find a good stable spot. Hand-holding was possible, but only at 6400 ISO. Not the best of solutions. 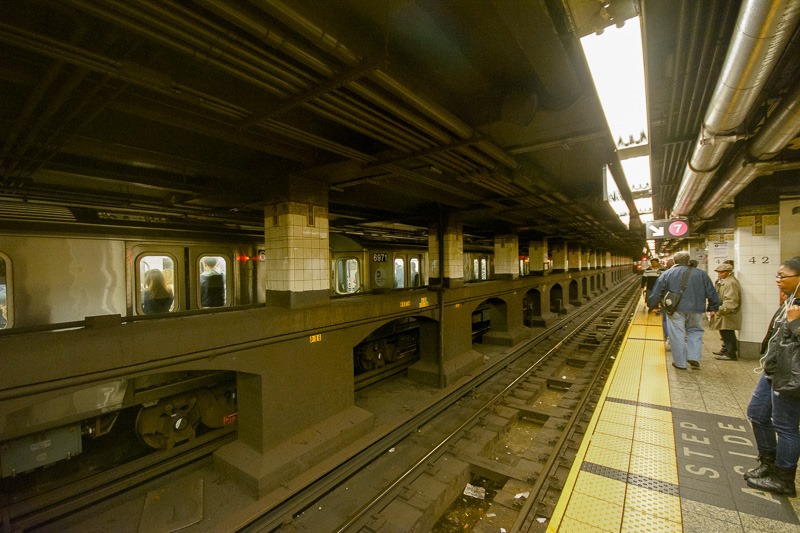 Then I went back to the sleeping bag by subway. A final shot of the day and I was on my way to dreamland. 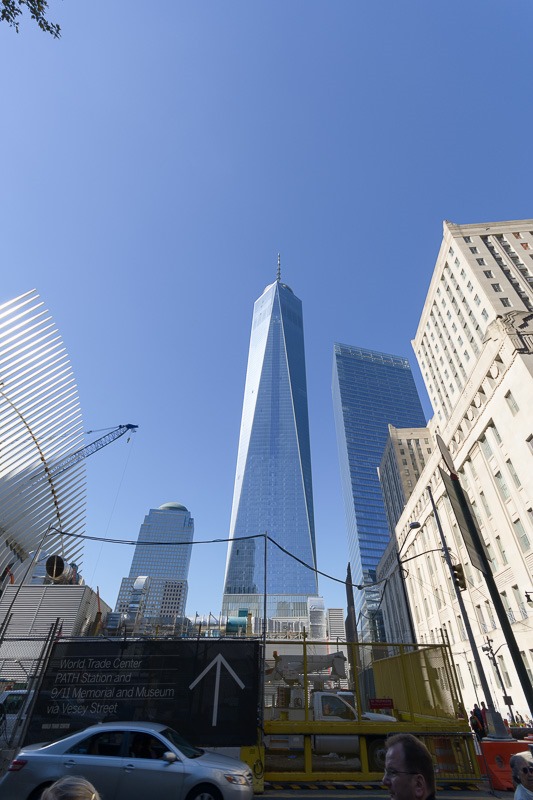 The next day I went to the southern point of Manhattan, also an old historical piece of land. In the morning my friend where I stayed tried to get tickets to the statue of Liberty. The ones to the top were sold out, only tickets to the pedestal were available. I decided to take the poor man’s picture from the other side of the water instead. The Freedom Tower on the other hand was readily shootable. Although I don’t think Americans would like to think in those terms about their new World Trade Centre. 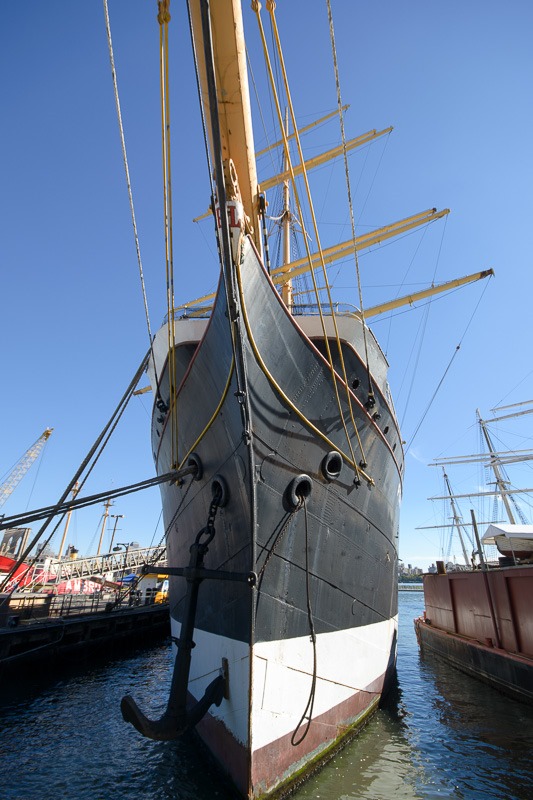 The next stop was on the old wharf, Pier 15 on East River Esplanade. Lots of history there and lots of things to shoot. Among them, this ship called the Peking, formerly used as a training ship and a vessel to transport fuel and nitrate across the world.

There was lots more to see, but that is for another post, soon enough