Let there be music

Photography, photos, pictures, apertures, shutter speeds, tripods, flashes… You could ask yourself if there is nothing else in the life of a photographer. Many would say no. But if you really keep your mind only on the visible aspect of life, visibly you’re going to miss something.

Even more, if you go out in the streets, look around, snap away and forget that city life is full of sound. And music. Many of the musicians in the streets are playing for you. I have no recording material (yet), but at least let me show you some musical effects in the streets. 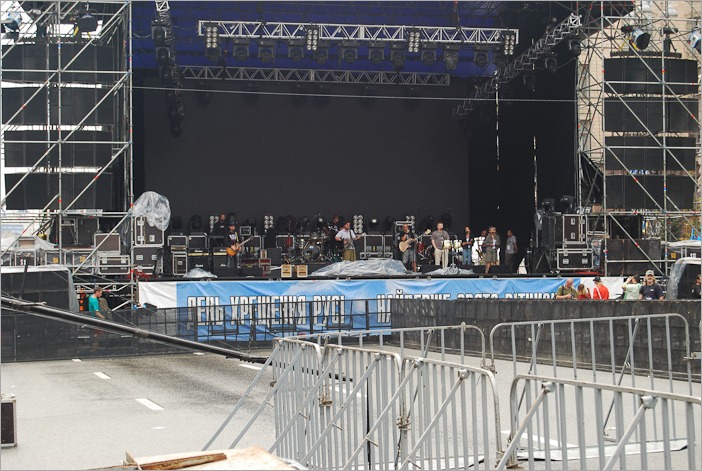 Before the concert on Khreshchatyk, Kiev, Ukraine

In Kiev, Ukraine, music in the street can take a day to set up, and block the main street of the city for the rest of the weekend. Material enough to let the biggest band play without troubles. It also attracts the most interesting public…

The setup of the band to play here, was more than on time for the evening show. Here we only caught the rehearsals and sound testing. Some people were already there perhaps for the evening and for more entertainment. 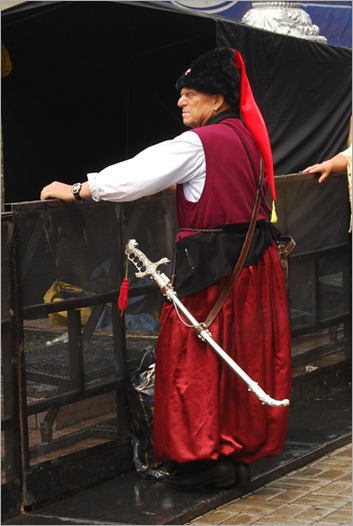 I have no idea if the sword was real, but by the look of his face I wouldn’t want to try it out. The watch, however, looks real, although a little out of place…

Of course there are street concerts all over the world. Here in Winnipeg, we wait until summer comes and organize parties all over town. Folklorama in summer and Le Festival du Voyageur in winter. In summer, everything is set up and everybody is outside. 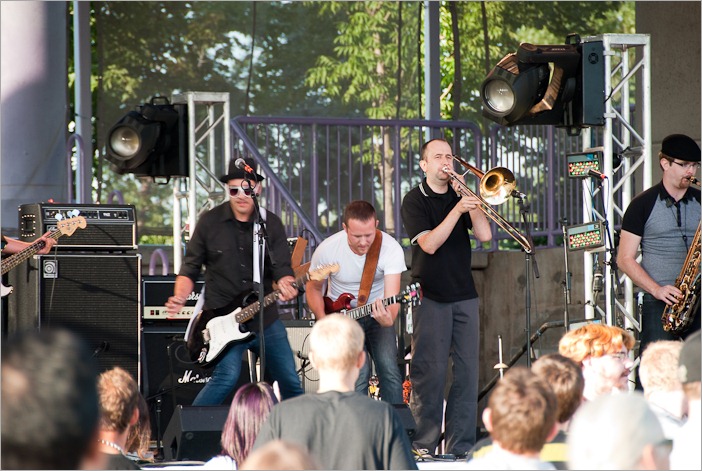 As you can see, material is plentiful. I guess there must have been for a few grand on stage there. And not only on stage; in the back was the mixing unit and there too, plenty of possibilities. 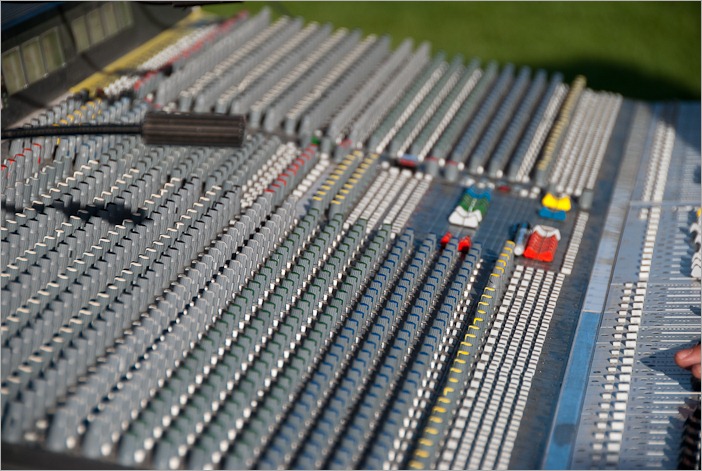 Now you would think that in Winnipeg we only have musicians in summer or for special occasions. Wrong. In winter we also play the instruments, like here at the Festival du Voyageur. The setup is more modest, but I guess that the bulk of the material would be for the heating so that the guys can play in t-shirts by –15C… 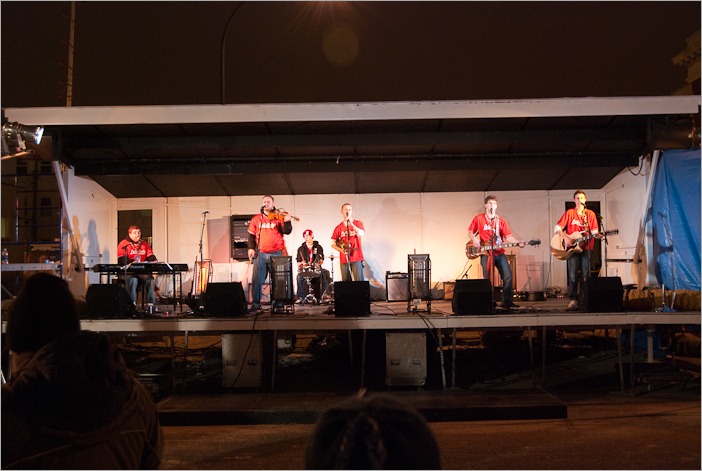 But until now you have only seen musicians playing in a band, and probably also playing for pay. On a per concert basis. In Winnipeg there are also people really dedicated to music. They will brave low temperatures, snow and ice and still go and play outside.

On Arthur street these two guys were giving away a nice piece of rock, steady beat and nice guitar play. 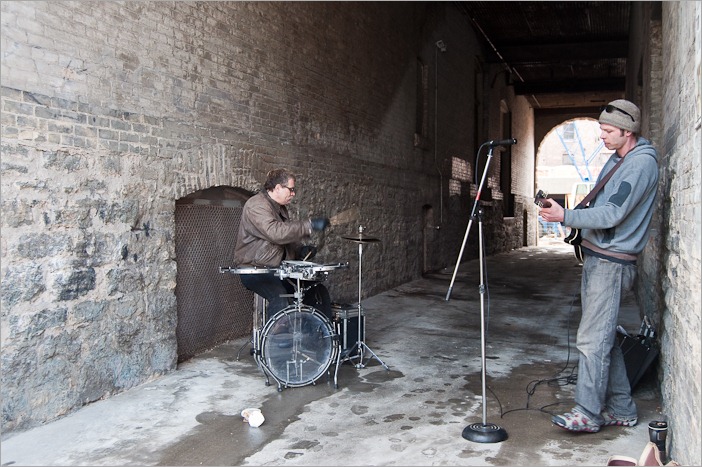 Now if there is nothing else you can say about these two, at least they are dedicated to play, weather or no weather. Let’s hope there will be more players like them in Winnipeg soon. After all, the good and warm days are coming and we need the ambience in the streets. Winnipeg a cold city? Never!

And if photographers ignore the sound part of their pictures, well, they miss out of at least half of the fun. Taking pictures is about depicting life, not about the pictures.