Low on the ground

I have been shooting birds for a while now. Mostly looking into trees, peering into trees is more accurate, trying to find that rare blob of feathers that would amaze the world. That hasn’t happened just yet. However, I did notice that gazing into the trees and into the air made me miss a few photo opportunities of a colourful nature. 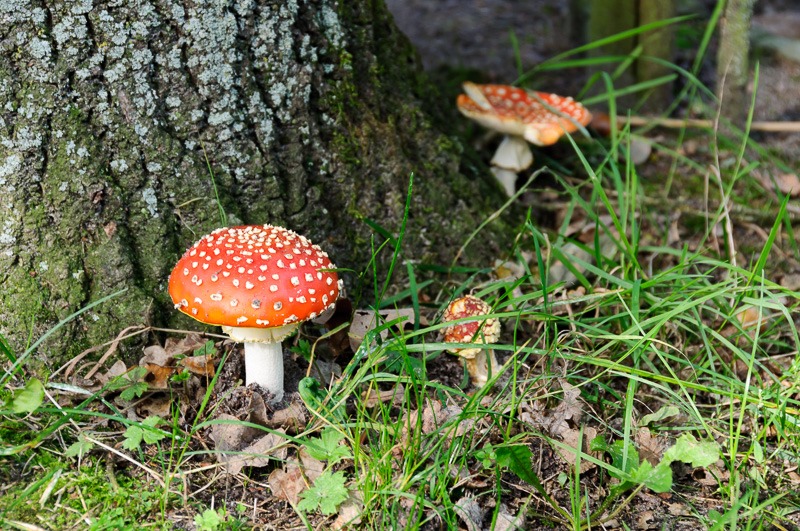 Mushrooms are the rage of the moment, they only show up for a few days, only to disappear into nothing. Until the next year or even a few years later if the circumstances are not right. 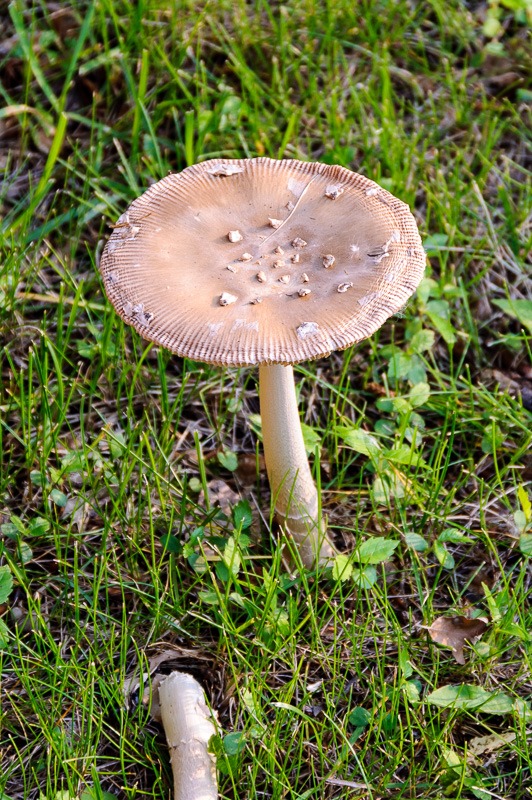 Not one person picking them except us. When we got back home, I decided to get a more professional opinion about the three big bags of mushrooms we had picked. Already my mouth was watering by thinking of the upcoming meals. The pharmacist, who had a professional training about these things told me that although similar to the ones we intended to pick, this variety was not really healthy. 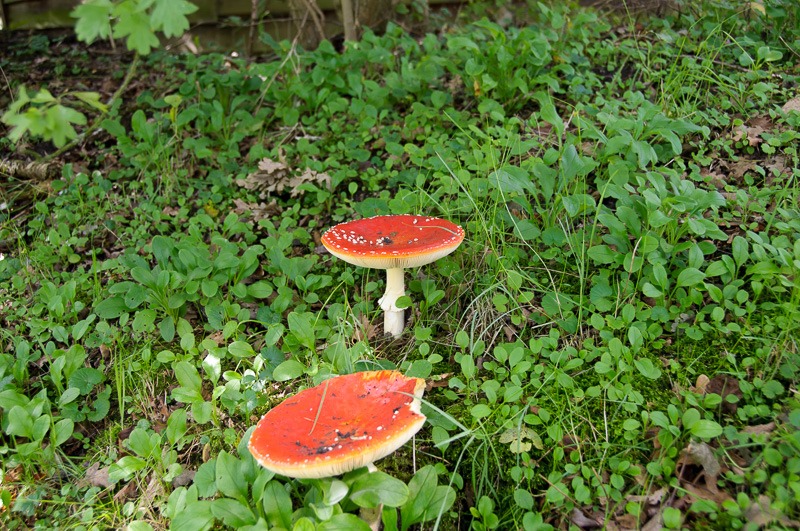 Colourful warning not to touch

Eating a few of them would upset my stomach for a few hours. Eating the bags would have put me out of commission for about three weeks

. Needless to say that the carefully picked fungi went into the garbage bin that same evening

. We did have a great time picking them, though. 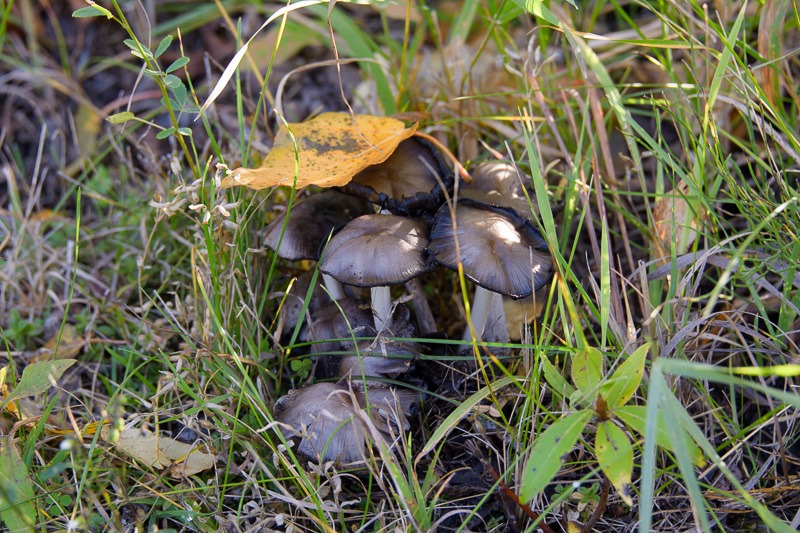 It all goes to say that I am a total zero as to picking mushrooms for the table. Instead I have now opted for leaving them alone, smell all they can and simply shoot them with my camera. It still saddens me that lots of kids will trample the mushrooms once they see them. Many of them are useful in some way. 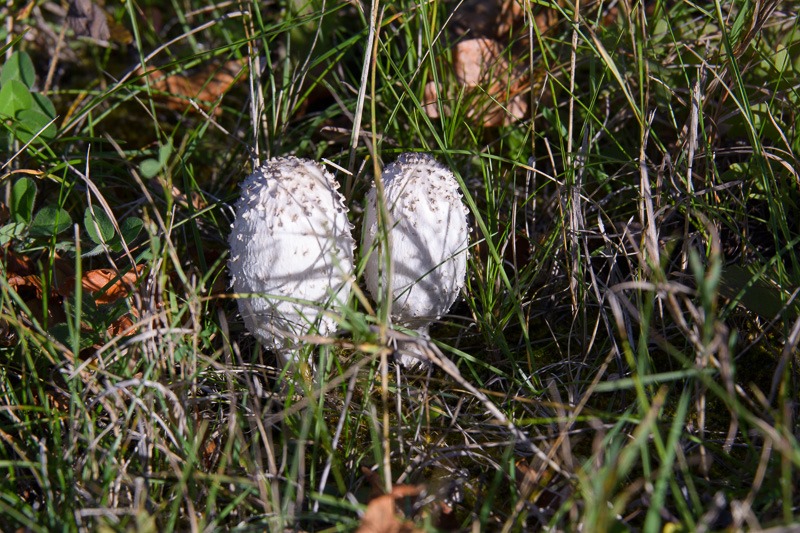 Always better as a couple

And most of them are beautiful to see. I wish I could make some kind of time-lapse of them coming out of the ground. But that would mean leaving the camera in places where I simply don’t want to stay myself. The best places for fungi are in dark-is, humid and warm spots. Not exactly the kind of place where I would pass a few hours lying still. Also, the mushrooms do not grow in my yard, so the camera would stay unsupervised in a public spot. No no no… 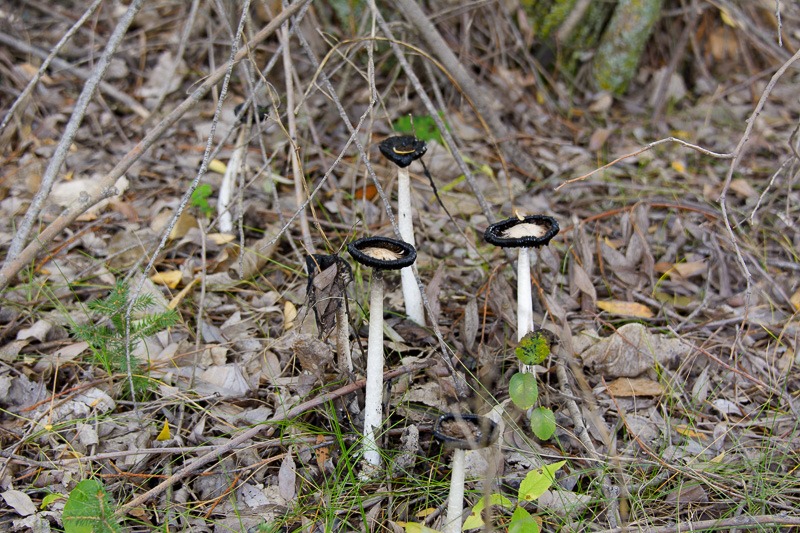 Some mushrooms seem to be passed their prime already. But even in that state, they are still graceful. Mushrooms live on the worst type of food we can think of. Rotting wood, manure, and ground with particles we no longer want to think about. 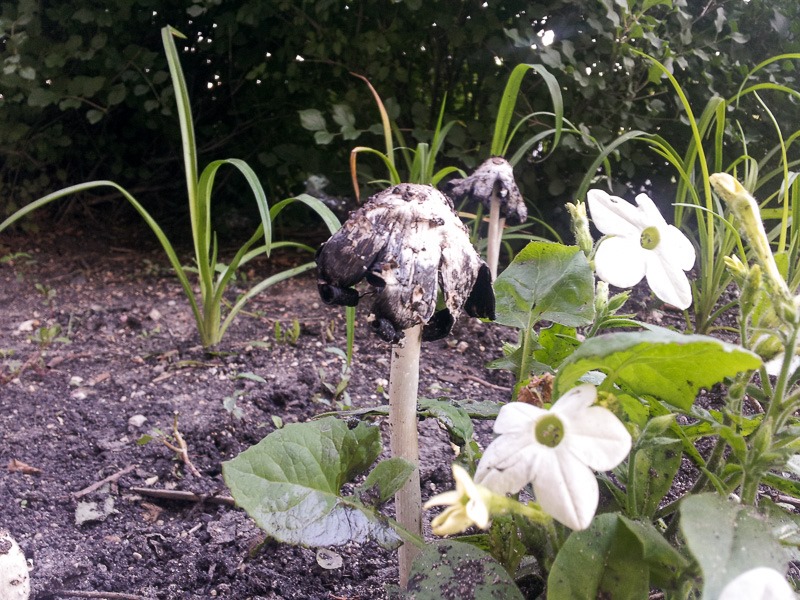 When I lived in Ukraine, the only mushrooms we bought for the kitchen were the cultured ones, never, ever the ones we could get in the forests. They were deemed “sucking up” all the waste of man in the ground. And in Ukraine that means radioactivity. Even after nearly 30 years, radioactivity is still present in many places. Usually edible mushrooms then absorb that material and turn into poisonous dishes for mankind. No way I will be eating them in Ukraine! 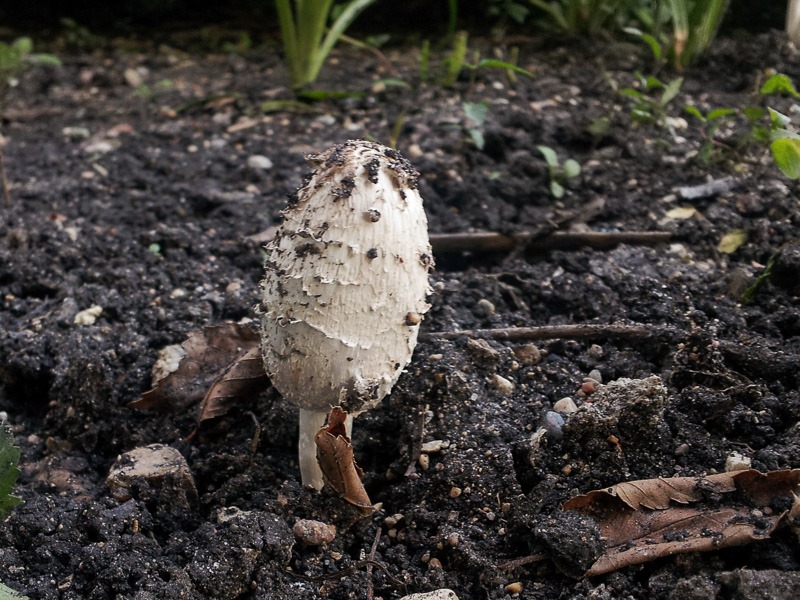 Other mushrooms simply do not look edible. Some even make it clear by their smell once you have picked them. Other will simply liquefy in the bag in which you take them home. They have all kinds of mechanisms to show you to leave them alone. 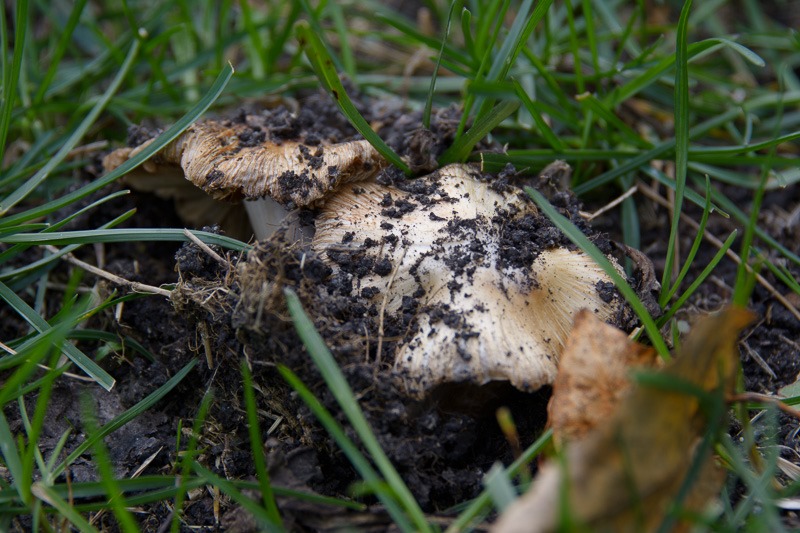 So that’s what I have chosen to do. Leave them alone, and only take their picture. They won’t mind that.

Low on the ground is where they are. Think about it next time you don’t find the birds you were looking for with your head high

. As a bonus, I thought that mushrooms only showed themselves in autumn. Not so, they can grow whenever the circumstances are favourable. Some of them in this post were photographed in spring. Go figure.