We all want to believe. Believe in the forecast that tonight there is going to be a great light show. While I never have given the phenomenon a second thought while I was in Europe, here in Canada I seem to have become addicted to it. 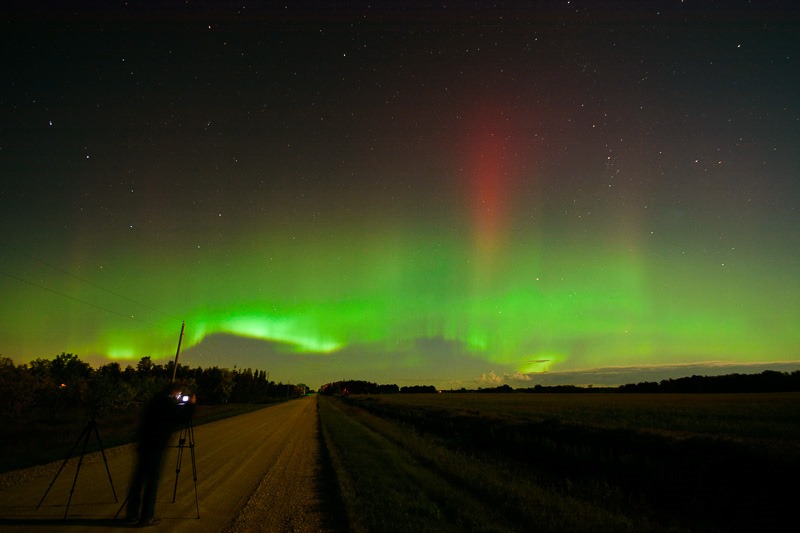 Those strange green lights in the sky, seemingly created from nothing; dancing without wind and completely silent.

Aurora Borealis. I have blogged about it before like here and here, there is even a completely designated page on this site to check whether the chance of an aurora is there or not. And yet, when all signs are there, the sun spewed a lot of matter in our direction, the skies are clear, I’m not freezing any unmentionable body parts… Aurora can still be a dud. 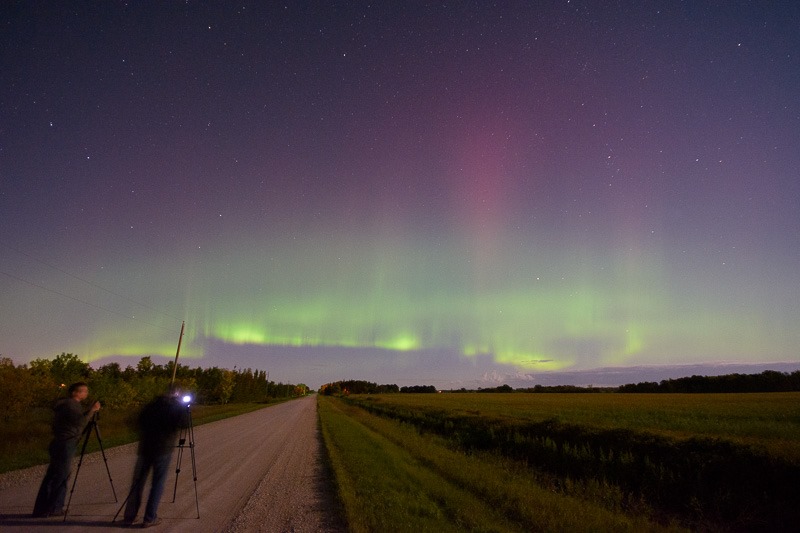 Trying to get the shot

While other times, the predictions don’t promise anything and the show is fantastic. 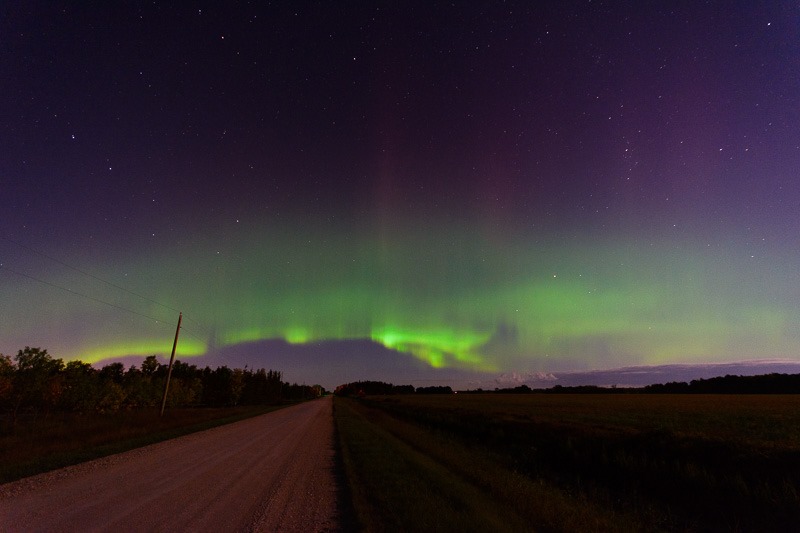 Unfortunately that last possibility usually passes by me. I don’t easily go out in the middle of the night in the hope for some green light. Last week, we went out with some friends to shoot the aurora. We left Winnipeg around 10pm, “knowing” that the best shows occur around or just after midnight. The lights were dancing in the sky while we were driving to find a nice dark spot. 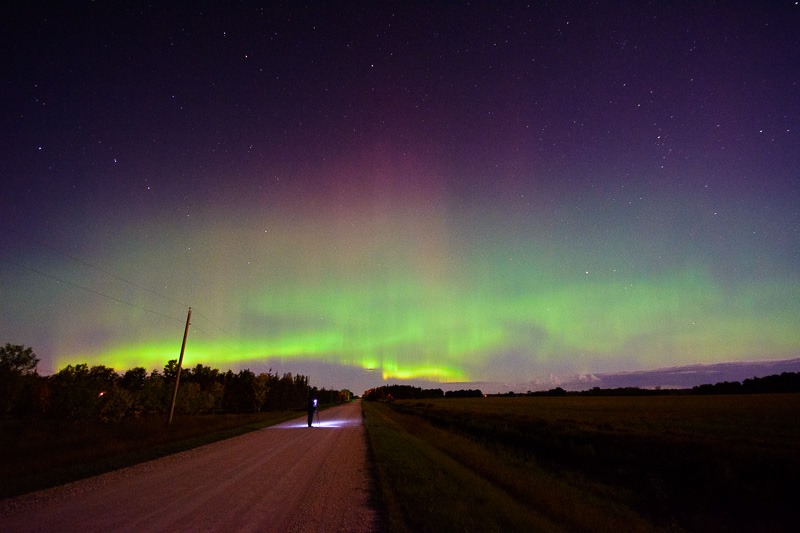 The tail end of the show

Arrived on the said spot, the show started to wane already and in less than 10 minutes there was nothing much left. Nothing but hope for more. After all, the predictions were great. We waited until around 1am, then left, hungry for more. 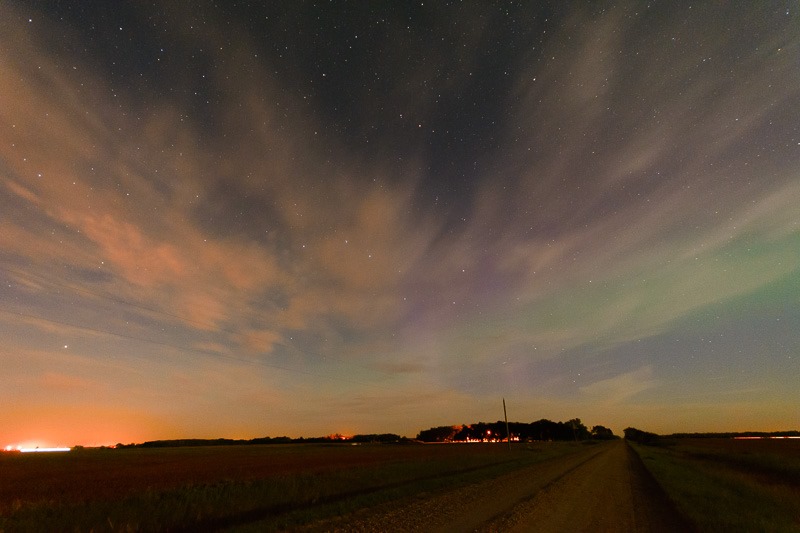 Nice colours, but not the ones expected

Predictions were just as good for the next night, so we were not too disappointed in the evening. 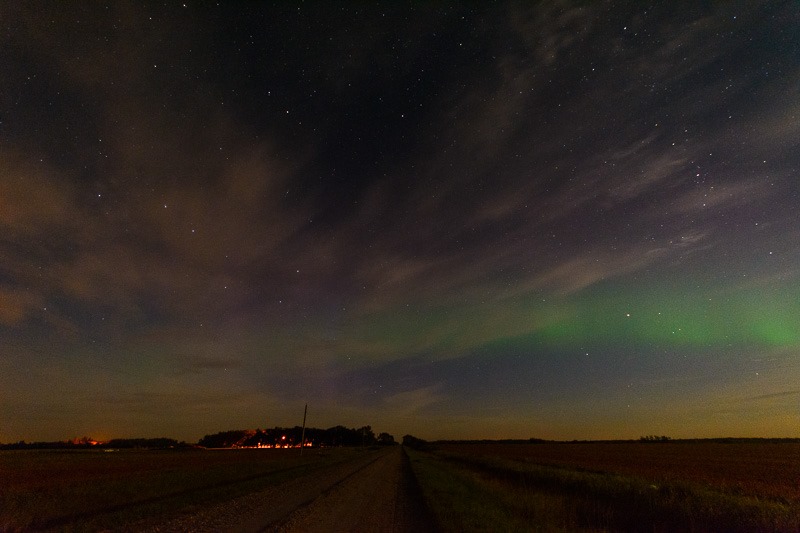 That very next evening, we left a little earlier, for fear to miss the early show,m if there was to be any. So we waited, and waited, and waited. A little bit of green was visible, but only barely. The naked eye was simply discerning a little grey-ish band in the sky, easily mistaken for cloud wisps. 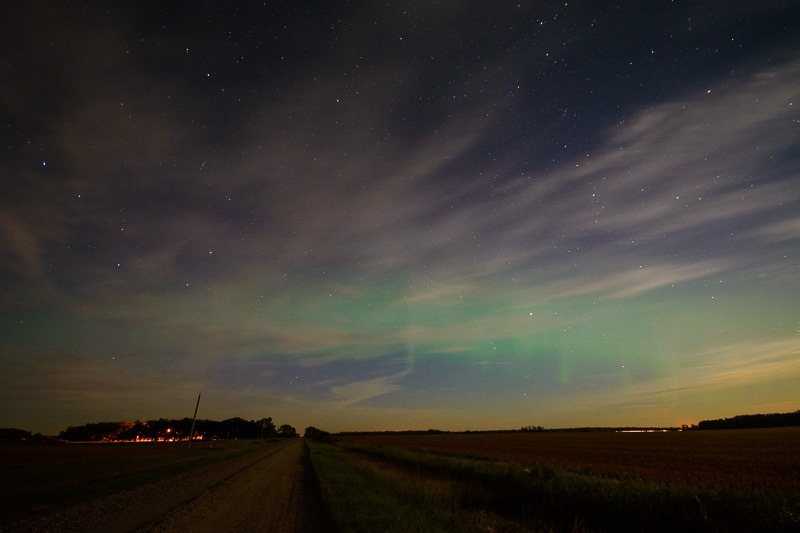 With a lot of attention, one could distinguish some aurora

After standing in a pretty cold wind for about an hour and a half, we decided that there was not going to be a light show. With some pretty heavy processing in Lightroom, however, the sky did show us the lights. The still nearly full moon didn’t help to distinguish them though. 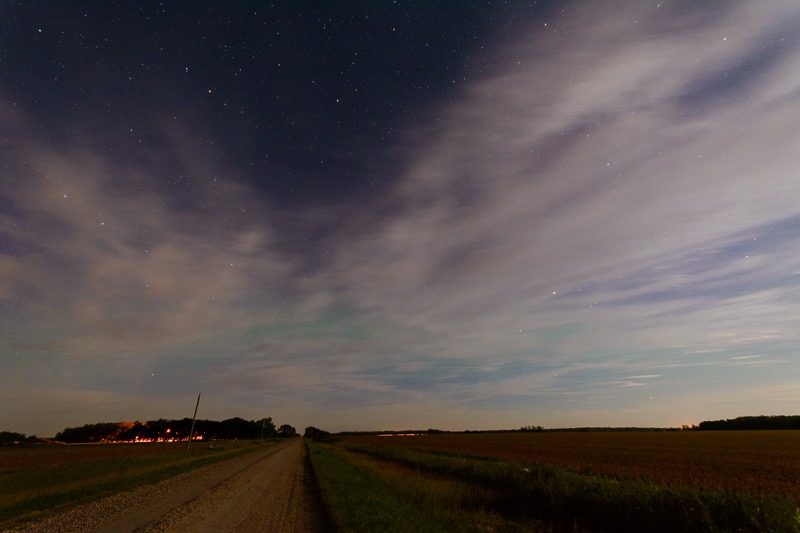 The end of the visible show

Then the clouds started rolling in. Usually that can give a nice touch to a bright aurora, like here, but this night, the show was just not there. 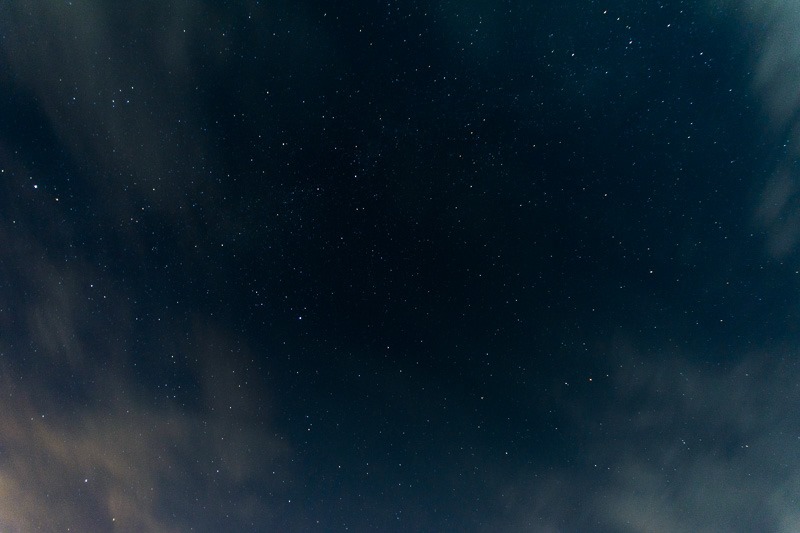 One last shot to get some stars, without any green and we were packing up. Getting home around midnight.

So what happened with all those predictions?

When the Solar magnetic field points north, however, nothing much will happen apart from some stray particles creating a feeble green glow. That is what happened last week. Promises of a great show, cancelled by a magnetic field too weak to even change the needle of a compass.

Until next time… for better light shows…