The period of hectic activity has ended. At least for now. Its demise gave me some time to go to a park. Kilcona park is one of those parks that few people in the rest of Winnipeg ever visit. That is a shame. There are two sections in this huge park: one for the dogs where they can run free and one, more civilised part, where people can run free. 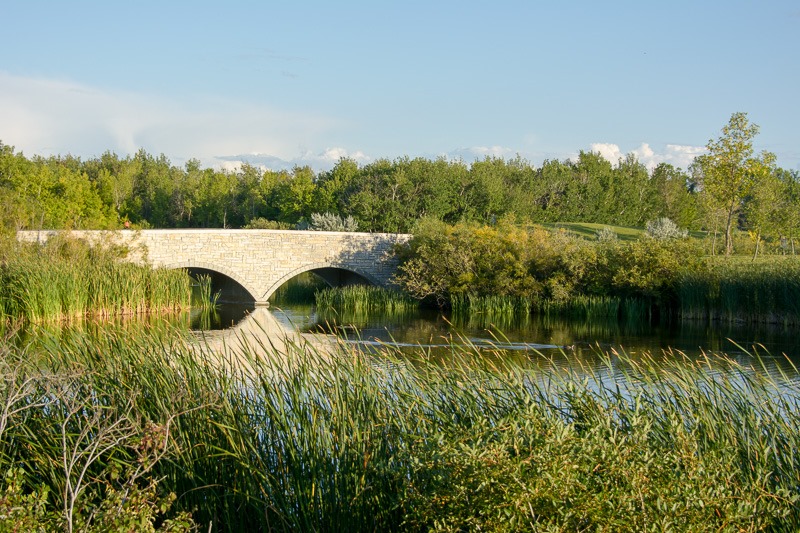 When you drive over Lagimodiere boulevard, the park doesn’t look like much. That is probably why many people never consider going there. When you do turn into the pretty small parking lot, you’ll find that the park is way bigger than you could see from the road.

On the south end, it has some industrial activity, while all the rest is completely natural. At first I thought that this part was all the park had to offer. My first impressions can be found here. 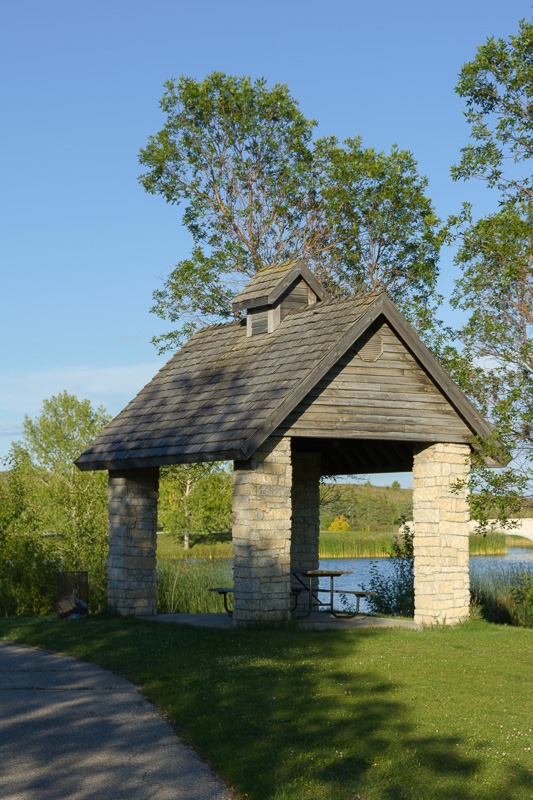 A few days ago I decided to go back there, just to recover a bit of peace of mind after a lot of programming and sitting behind my computer. This time I decided to enter the park from the southwest, it turned out to be the “civilised” part of the park. Big well-maintained lawns, picnic structures, and more. 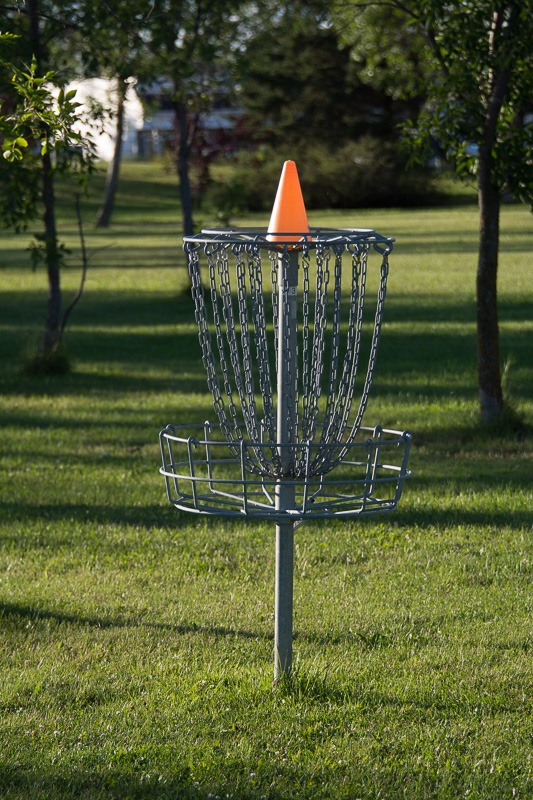 In other words, a nice “standard” park. The contraption pictured above is used for Frisbees where the goal is to get your disc in each of them over a course of 18 baskets. A little bit like playing golf, but without the balls and clubs. That does not mean that it is less sportive, just a different game. 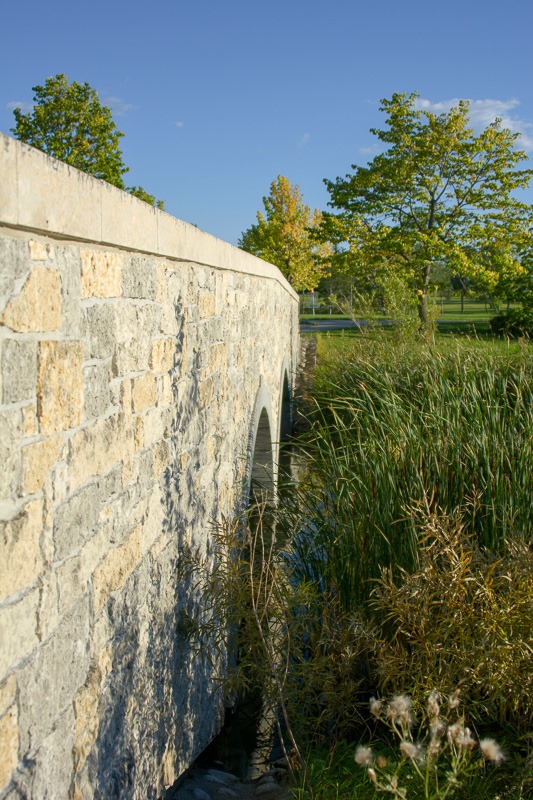 The park has a long body of water, across which a number of stone bridges have been built. They remind me of the old medieval bridges in Europe. Until you set foot on them, that is. I don’t believe they had concrete in Medieval times 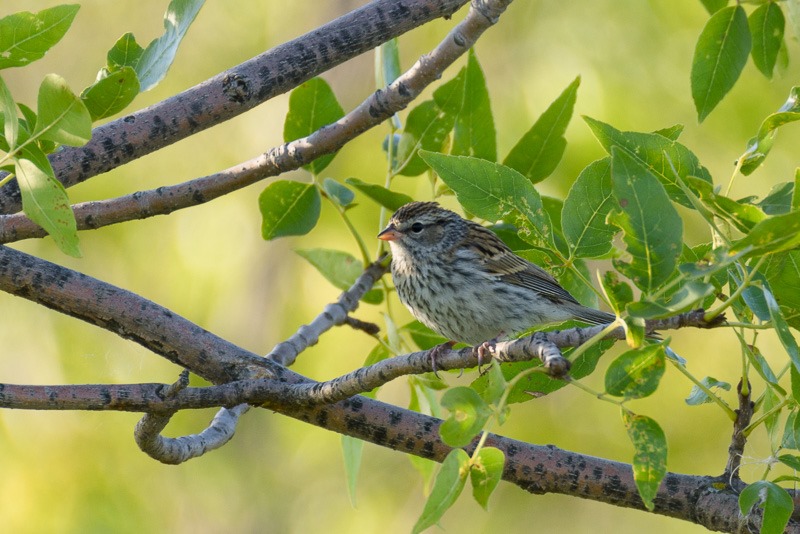 A trace of wildlife

After walking for a while, my eyes were obviously drawn to the possible wildlife in there. My 150-600mm is in repair, I seem to get no sharp usable pictures with it, so I’m back to my trusty 28-300mm for shooting the birds. Wildlife seems a bit low here, but I can be mistaken. All depends on the time of the day, and this was near the evening. 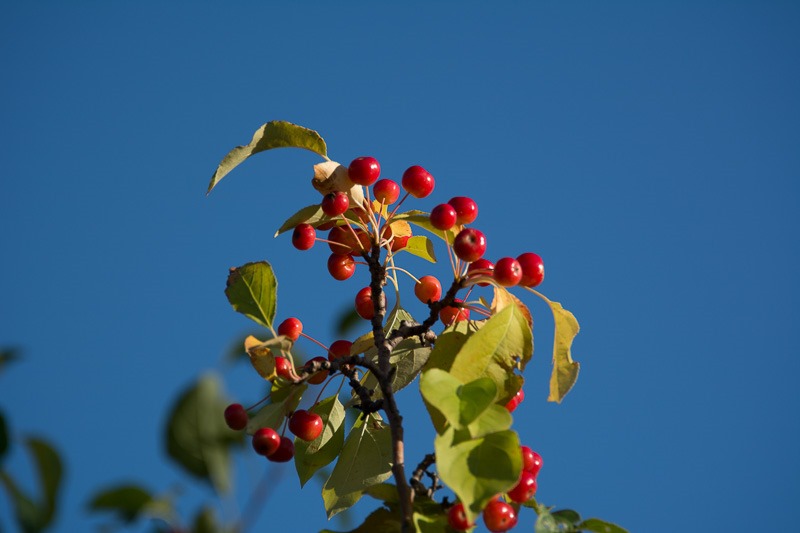 The tree and plant life is great, although not very wild, but who expects a jungle within the Winnipeg city limits? It all makes for colourful images. Images that we will crave in the next few months. As they say: “Winter is coming”. I’m pretty sure they’re right. 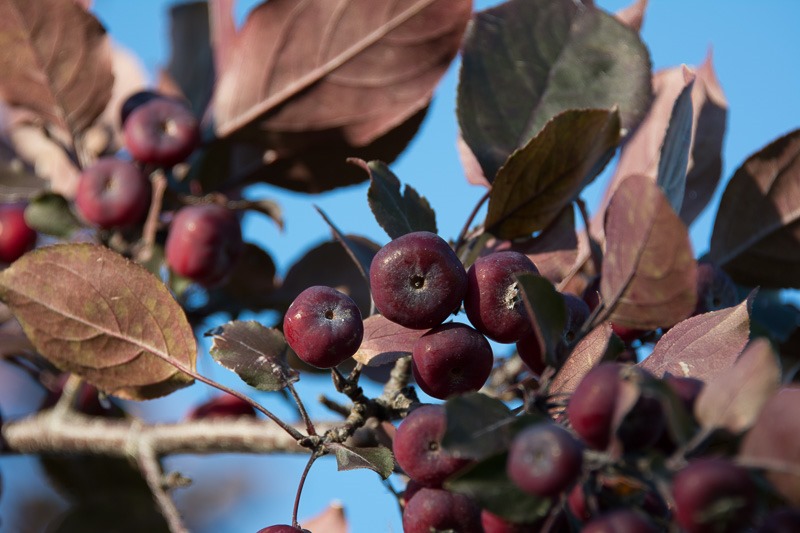 Fall fruit is already on the trees, even if it is still far from ripe. While these look like apples, I am not convinced these are edible and / or with a good taste. In Ukraine these are called “Apples of Paradise”, I’m pretty sure you’ll get there quickly when you have eaten these 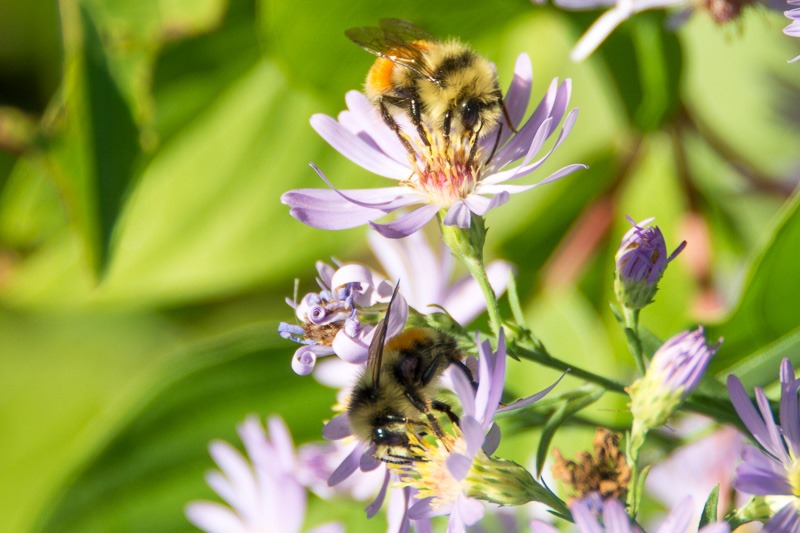 Bees are still gathering as much nectar as they can, on the little flowers that are left. They never quit working. I can’t say the same about myself, though… 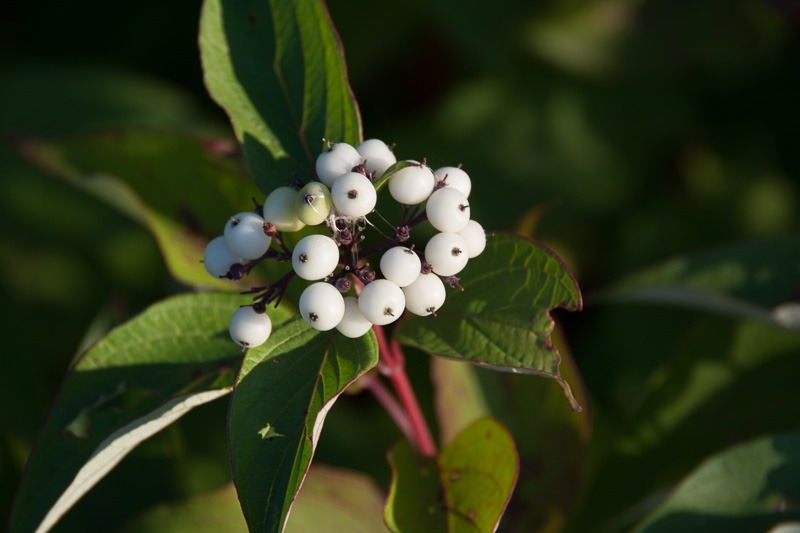 Fall fruit is already visible on many trees and shrubs. With the right lighting it nearly seems edible. I remember using these as ammunition when I was a kid. A piece of plastic electrical pipe, put one of these in there and you have a perfect blow-pipe to hit your opponents. Ah, memories… 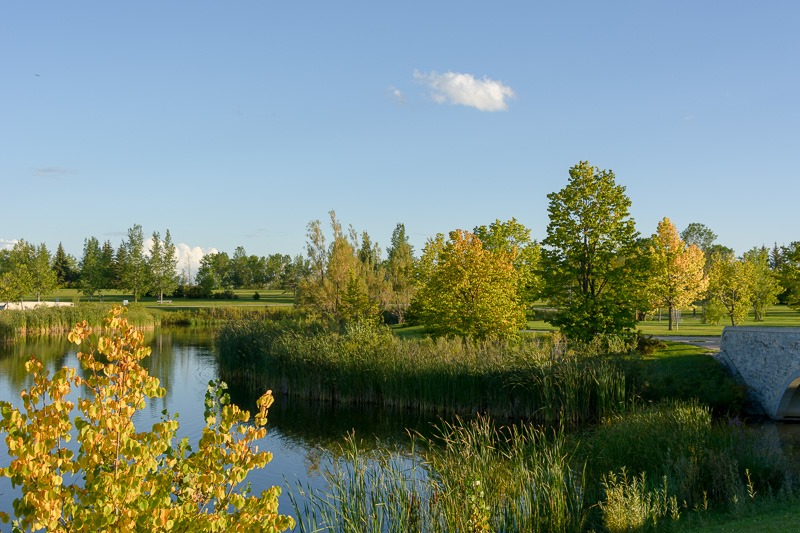 Some fall colours have appeared

The park is full of green, but it will be turning to brilliant colours soon. I’ll have to make a note to come back here in a few weeks. Unless the hard rain and weather rip all the leaves off before I can get to them. In some spots the colours already seem to have started. 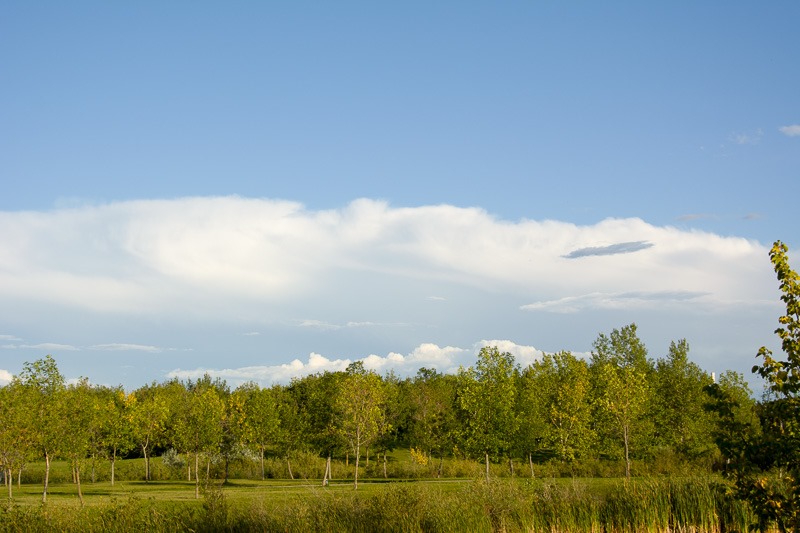 In others, the green is still strong and more is to come.

Since this is now a park in my neighbourhood, I will be going here more often. More pictures will follow and who knows, even some wildlife?