A feeling of emptiness. Sometimes we need it. Sometimes we flee it. There are different ways to see that emptiness, of course. One type of emptiness is the one that we see when looking to the horizon and see nothing but that horizon. 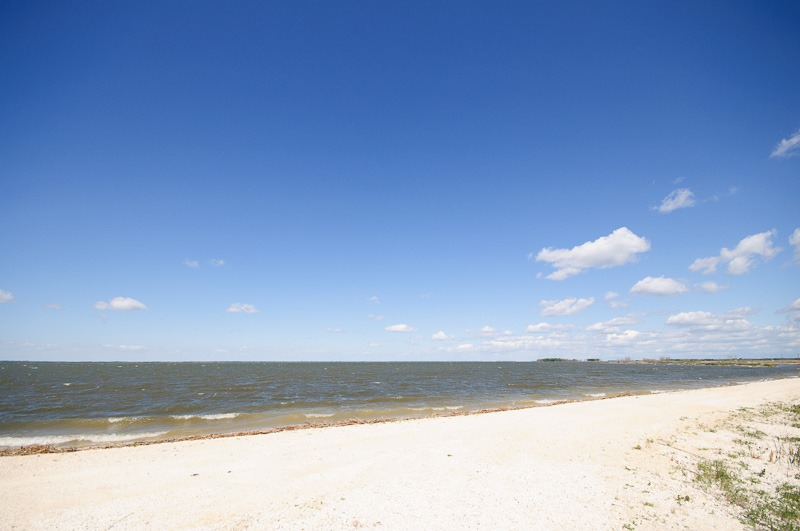 It usually gives us a feeling of holiday, of freedom.

Other places are also empty but lack that feeling of freedom. It’s more like we want to flee that emptiness, since it will come and bite us, or douse us. 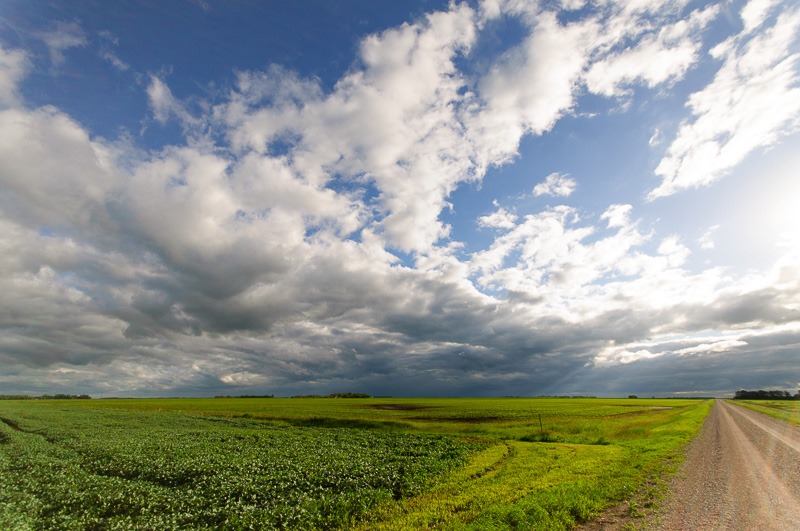 A few weeks ago the promise of a big storm was all over the internet. So I decided to go out, not too far (you never know). The storm was there, somewhere, but really not as severe as forecasted.  It stayed with a nice wild sky and still a lot of sunshine and colour. 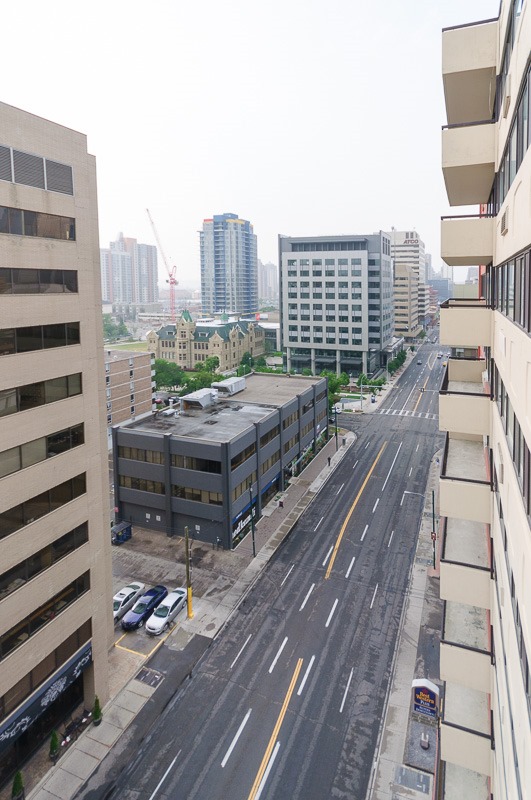 Calgary was another trip in the last few weeks. While it is a big city, ok, medium city, on a Sunday morning, everything seems pretty empty. Another one of those emptiness feelings we want to flee. The above shot was taken from a balcony to which access was supposed to be closed. The lock was removed and the security bar lay on the floor a few meters away. A good opportunity for an unusual perspective. 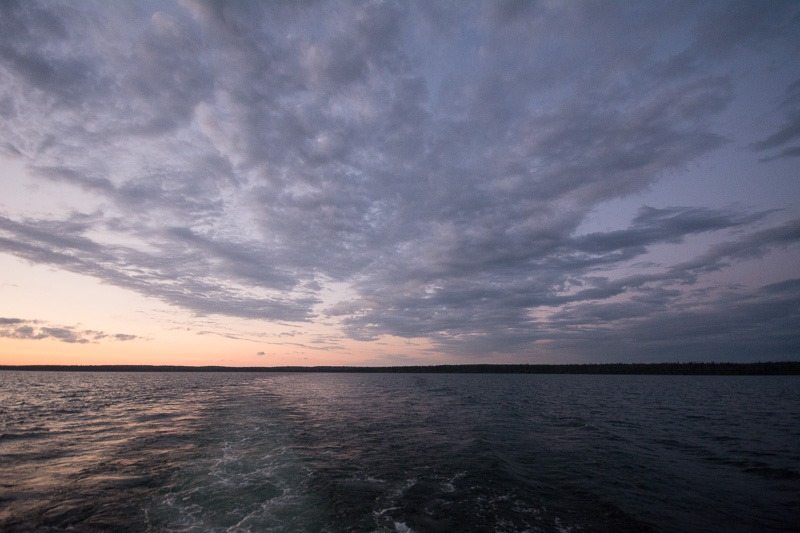 Going to Clear Lake on a weekend. One thing that you should do at least once when you are there is a cruise aboard the “Martese”. A ship that was moved over land, through the US to end up in Clear Lake. On a good evening, you can take lots of pictures of emptiness, this one of the kind we seek for the weekends. 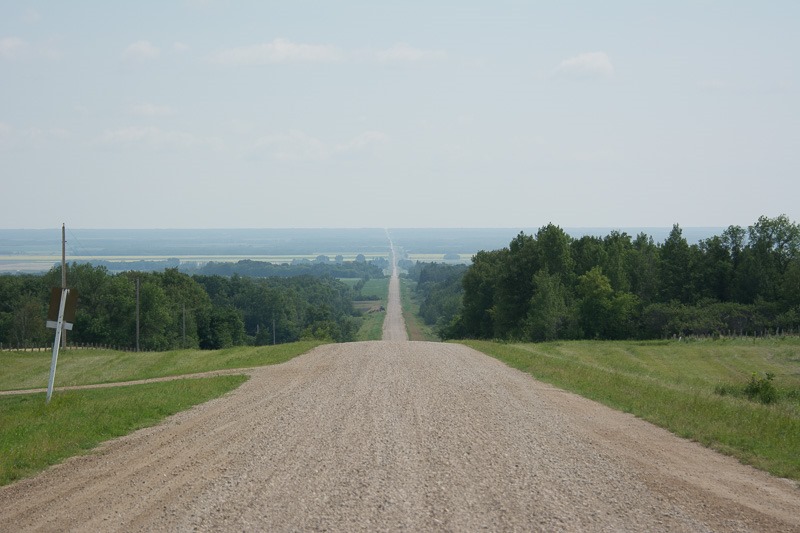 Leaving Riding Mountain National Park over route 19, you get the above view when you pass the park gates.  While in Europe, roads of this type (unpaved, gravel) are nearly impossible to imagine, here in Canada they are quite common. At first I thought there was not enough money to pave them, then I noticed that they do not take away from the beauty of the space they cross, unlike blacktops or concrete roads. As for the emptiness of this view, look for yourself 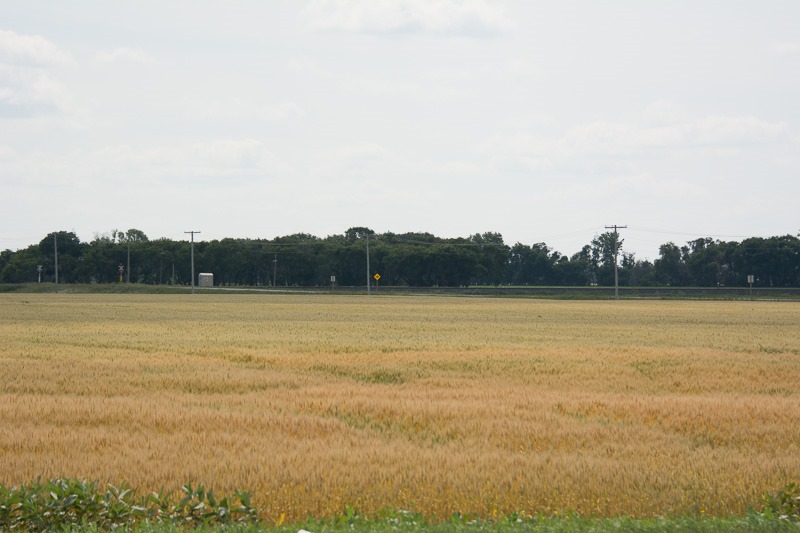 Wide wheat fields also invoke the feeling of emptiness. Even more when the wind is softly blowing through the wheat and makes it rustle. If there are no roads nearly, and you were able to stop your own engine, that feeling gets even bigger. Not a bad feeling of emptiness. At least not for me. 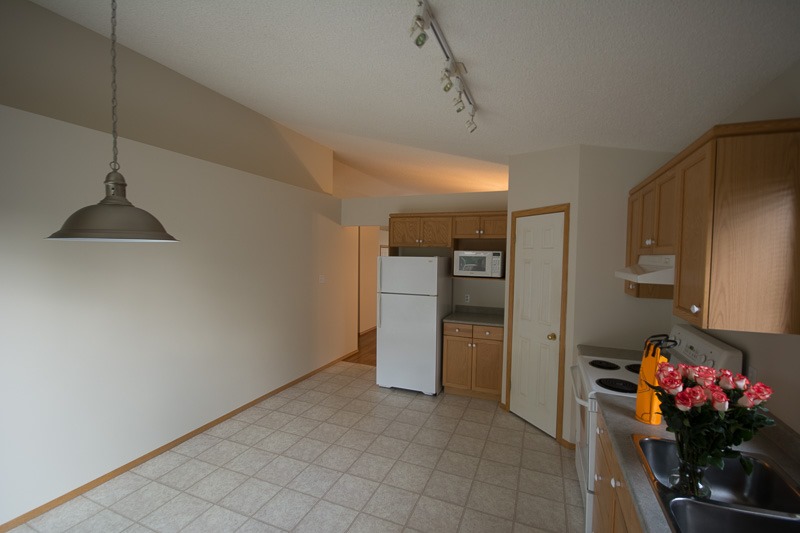 Then came a period of intense activity. We moved from an apartment to a house. After some troubles in obtaining the right house, we finally found this one in the grey area between Transcona and Kildonan. Whatever neighbourhood it may be, the house is way bigger than the apartment and way emptier too. 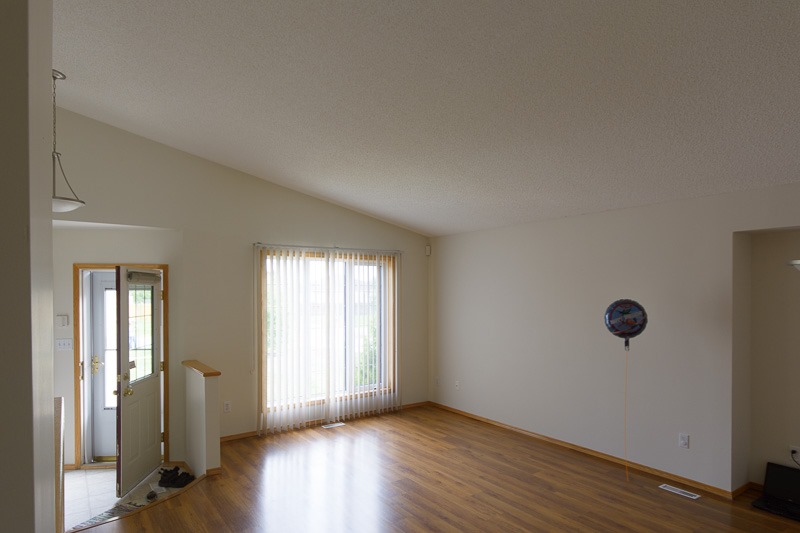 Kitchen and living room are dream spaces compared to the apartment. Here, however, the feeling of emptiness is going to be temporary. Over time the furniture will fill more and more space.

And gone will be the empty space.